The 2007 PWA Freestyle World Champion, Marcilio “Brawzinho” Browne retires from the Freestyle discipline to concentrate fully on his quest for a Wave World Title! Over the last 4 years, there have been only a handful of sailors able to beat Gollito Estredo (V-01) in the PWA Freestyle Tour, Brawzinho has been the only rider to take a World Title in front of Gollito in the last 4 seasons. Brawzinho has also been developing his already impressive wave skills year by year, to the point where he has been able to challenge for podium positions in both disciplines. Brawzinho has also been at the forefront of pushing new manoeuvres in the waves, taking some freestyle moves over into the big waves of Hawaii, whilst at the same time raising the level in Freestyle with some very technical and inspiring performances. 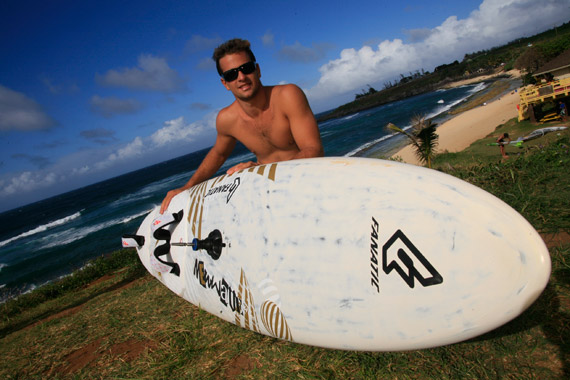 After 4 seasons of successfully competing in both disciplines, Brawzinho has decided to fulfill his long term ambition of focusing on his favourite discipline, wave sailing. An unfortunate injury in Cape Town in January this year put a break to his Freestyle training and preparation, which was not ideal considering the current Freestyle level in the PWA and the fact that Brawzinho is one of the only riders competing and training for both disciplines.

After some discussions with his sponsors, friends and family, Brawzinho reached the decision to focus 100% on the Wave discipline, already in 2010, an idea he had actually already planned from 2011 onwards.

Brawzinho explains: “During the past couple of years I was focusing a lot on freestyle, as where I live was nothing more than strong winds and flat water pretty much all the time. I am really happy with what I have achieved in freestyle, also by competing in 2 disciplines at the same time. But during the last couple of years I have just been really motivated to sail in waves, and haven’t had as much time as I wanted to, as I had to be always traveling and training freestyle. Right now I really feel that I want to spend more time sailing portack, searching for good waves and improve my skills. I will work as hard as I can to improve my results and keep having fun doing it, my long term goal is definitely to win the PWA Wave Title in the future.”

Craig Gertenbach, Fanatic Brand Manager: “Having spent a couple of weeks sailing and living every day with Brawzinho in Cape Town in January this year, I can truly say this is the most motivated rider I have ever seen. We knew sooner or later his decision would come to switch his focus on the Wave discipline, he already has excellent skills in the waves on Starboard tack, shown by his impressive 4th place last year in Cabo Verde. His port tack sailing is improving daily by leaps and bounds, which was very clear in the challenging Cape Town conditions we experienced. Having team mates like Klaas Voget (G-4) and Victor Fernandez (E-42) does not hurt and certainly Brawzinho has a bright future in our team. We look forward to watching his progress in the wave discipline and are sure that his talent and motivation which saw him win his first PWA Freestyle title at the age of 18 is only a sign of greater things to come. We have given Brawzinho our full support and re-signed him until the end of 2011 already, I´m sure this is just the first few years of a long and successful partnership.” 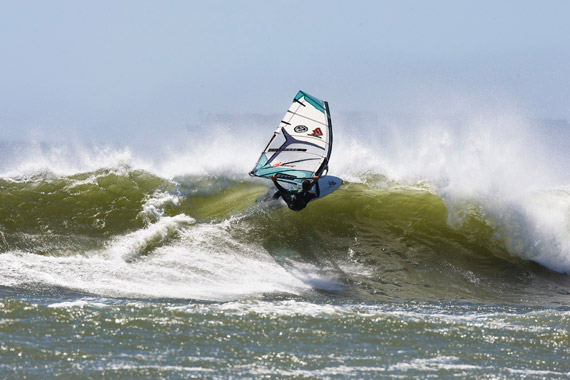 another brick of the wall… freestyle going south?