An interview with Ludovic Jossin 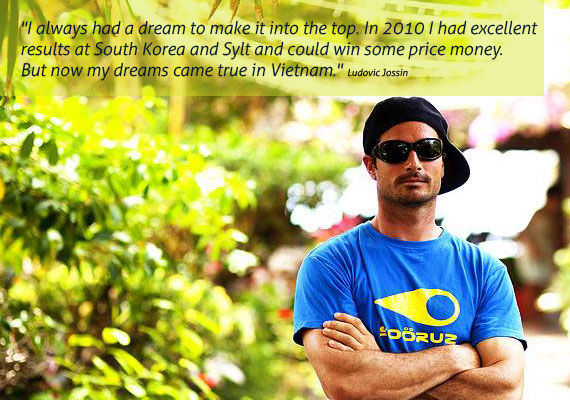 We met Ludovic Jossin at the airport of Gimpo, Seoul and hooked up for a quick interview. The French lives already since years in the Spain windsurfing mekka Tarifa and is one of the head testers for Loft Sail. Jossin is one of the sailors, who are more than 25 years on board, he won the French Slalom title in 2009, the Spanish title in 2010 and made it on the sensational 4th position at the first PWA Slalom stop in Mui Ne, Vietnam. And he just missed the podium by just a point. We would say that Ludovic Jossin, aka “”Ludo” definitely found the key to show up most of the time in the top group at the first mark. He had improved in light wind conditions, he was not in favour while the past seasons. Or are the boards his secret? The French is the only one who has registered boards from different companies: the two smaller boards are from Patrik Diethelm and the big board is a Starboard.

Read more, why the mid 30ty old French – he will turn 35 in December – is hungry to make it further up in the near future. And, Ludo is just 180 cm tall and does not carry 95 kg around. Instead he is focused, talks many languages and likes to cook!

C7: How many times did you compete at Jinha, South Korea?

Ludo Jossin: To me it´s the third time coming to South Korea. I have good and bad memories. Last year , in 2010, I could win pricemoney, making it on the 15th position overall. But once I had to pay 1000 US $ fur my excess baggage and had to book a new flight last year. So I straight invested all the pricemoney I had won in the days before. But that´s life. I am very positive person and always try to live the life as good as possible!

C7: Do you like travelling to Asia to the events?

Ludo Jossin: Yes, definitely. Mui Ne is one of my favourite spots so far. But Jinha, South Korea is amazing in terms of organisation. Everything is ready for us. An extraordinary great logistic. Thanks to Mister Han. 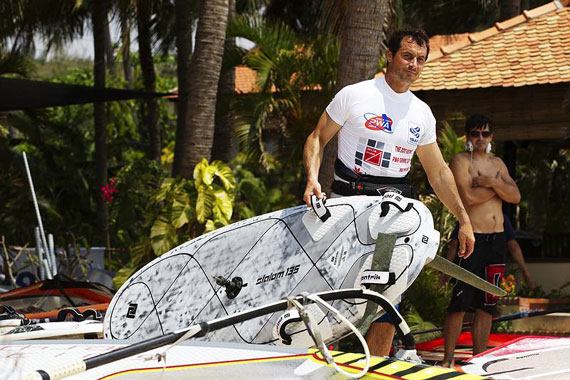 C7: And Vietnam gave you an extra boost?

Ludo Jossin: Yeah, definitely! I almost made it on the podium in a PWA Slalom competition. I always thought to place myself in the top 7 would be incredible, just crazy. About the top 5  I´ve never thought before it happened at Mui Ne. But I really like the conditions in Vietnam. It was choppy and the wind was fine!

C7: But the wind was relatively light in several races?

Ludo Jossin: Yes, right. I was on my 9,5, but honestly I improved a lot in the light conditions. I really was anxious about light wind conditions in the past years and did not like to race in lightwind, because I felt that I was realatively slow. Now it´s fine. I am fully competitive in the lighter conditions.

C7: Did you race since the beginning of your career or were you focused more on wavesailing?

Ludo Jossin: Yes! I was on the Division II class, when I was really young! Later I also sailed a lot in waves. Nowadays I only rip waves at Tarifa and at surrounding spots within 30 kilometers. I also enjoy pure surfing a lot. I don´t travel anymore to search for waves. I just travel to compete in Slalom events! 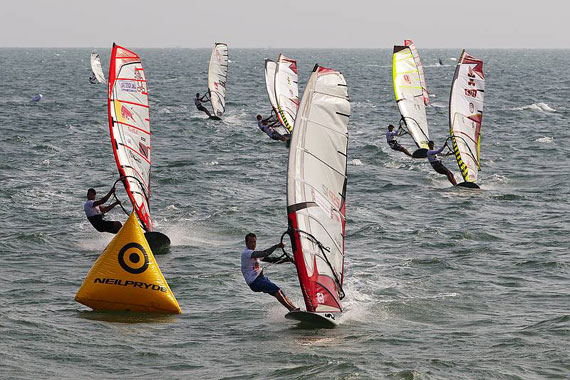 C7: When did you compete on the PWA for the very first time?

Ludo Jossin: I guess the debut happened at Pozo Izquierdo in 2007 and I finished in 23rd position. Pozo is still one of my favourite spots on tour, I must say!!

Ludo Jossin: I really trained hard, Benny (van der Steen) came on the team and now I have a great trainings and testing partner. The gear works great in 2011 and my head is more focused. It feels to me more like doing a job than just doing it for fun! With Benny, who now lives at Tarifa, I really match hard, not only on the water, also off water on the MTB or in the gym. 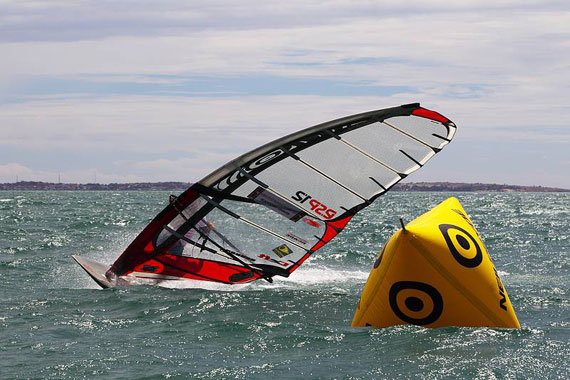 Ludo Jossin: No goals in terms of ranking. I will enjoy my time on and off the water and just want to perform great. Many more events are to come and I plan to do them all in 2011. Just remember, 2010 was my first year attending all events on tour. And that paid off!

C7: Looks like there is a chance, that several young guys are pushing into the Slalom discipline. Do you think that there are any names, who will have a good chance in the racing discipline?

Ludo Jossin: Yes, definitely. I see Philip Köster and Steven van Broeckhoven as the most promising ones. And if they are on once, they will be dangerous all the time. They both have the right body shape for the fast racing discipline!

Get some personal infos about Ludovic Jossin here

Maybe you could have asked him why he chose those particular boards (e.g. why doesn’t he use the big PD instead of Starboard).
The board and the weight thing was mentioned in the introduction, so I expected to read something about it in the actual interview.
88 kg is already quite a lot, I was hoping he was lighter and maybe could give some tips how to hang with the big guys 🙂

Hi Spaceship,
what would you like excatly to know concerning his boards? Ludo is using an iSonic 127 and in the smaller sizes Diethelm Slalom boards in 87 and 110 liters. Concerning the weight: Ludo is not tall , he is 180 cm and has around 88 kg. He told me, that he has a hard time to get kilos on. But out of my view he looks extremely compact at the water. He just has won the funrace at Jinha this afternoon. Congratulations!

why didnt you ask him about his boards and his weight? the questions were not very interesting imo