Lars Petersen in an interview

For Lars Petersen (D-99) a dream is coming true: an international wave competition in Denmark at his homespot Klitmøller.

Lars Petersen used to be a very busy PWA Worldcup rider competing in waves and freestyle. However after an injury he focused more on film and DVD projects with his company FYM Productions. 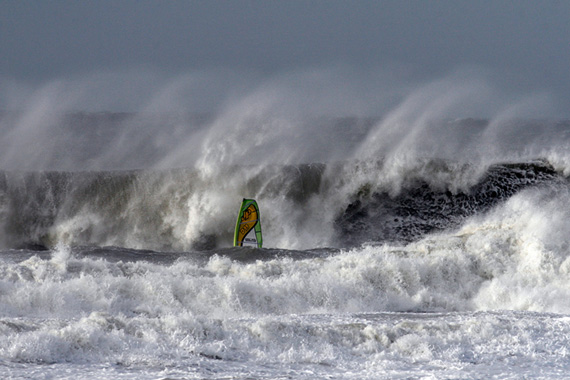 C7: What was the last PWA event you´ve competed in?
Lars Petersen: My last Worldcup was in wave performance in Sylt 2004.  It became my last Worldcup as I got myself a serious ankle injury in the winter 04/05 while training for the coming season.  I had to have operation and was out for a half year, and when I returned I realized that my sponsors were still happy supporting me, despite I didn’t do Worldcups. After that I just never returned, allthough I often thought about getting back on tour.

C7: What have you done since then?
Lars: I still compete a lot, but only in Scandinavia, where we have well organized events.  And sometimes we´ve had bigger international events like Soul Files, Nordic championships and off course I’m always in the national events. I actually won the Danish wave champion title last year! 🙂
I have also been travelling a fair bit and focusing on different media projects including making the gigantic Feed Your Soul instructional Trilogy DVD´s which was almost 10 hours in total.
Over the past 13 years I have build up productions skills in our company FYM Productions which I have with 2 partners, and today we do lots of different things, including the product videos for JP Australia, and sometimes Neil Pryde and right now we are filming at waterz (www.waterz.dk). 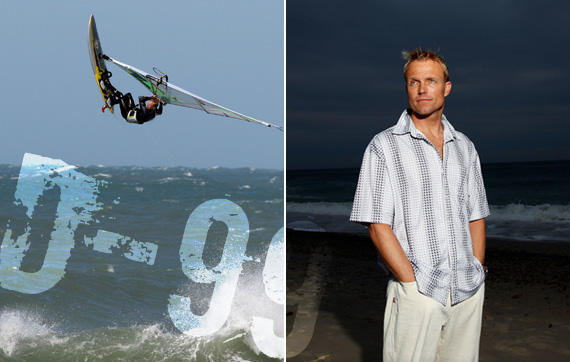 C7: Why did you decide to register for this PWA event?
Lars: Well, I didn’t want to miss out on such a big event in my own backyard, would I!?  😉 It’s a very old dream of mine to have a Worldcup in Klitmøller.  And it’s been on the drawing board several times over the last many years, but it wasn’t before, now it has finally happen! Hats off for the Cold Hawaii crew that have made it happen, they are doing an absolutely fantastic job!!!

C7: You were injured. What happened?
Lars: Yeah, bummer! I fell out of the back footstrap in an Off The Lip injuring my inside ligaments of my knee almost 2 months ago. It’s much better now, but still only 80%.

How do you estimate your chances for a top place at your homespot? And do you think you have an advantage as local?
Lars: Slim I’d say! The level is incredible high nowadays. And I have no PWA seeding, so I’ll be against a top seed in first round. And with little wave practise lately due to my knee injury it’s hard. But never say never!  I got nothing to loose!  I’m certainly going to have tons of fun!

Regarding being a local, that is a big advantage!  Having sailed this spot for the past 21 years, I can sail it blindfolded by now!  🙂 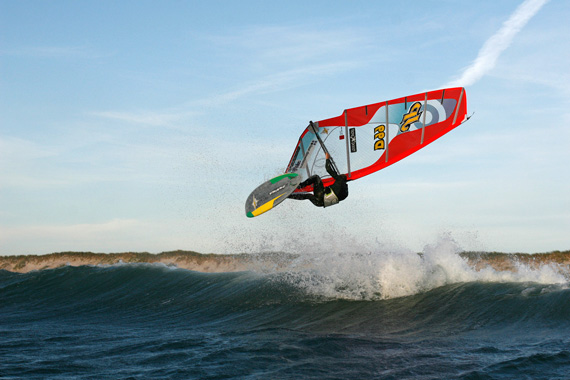 C7: Are there any difficulties sailing in Klitmøller?
Lars: Nah, it’s not a hard place to sail.  But the wind can be very tricky when from Southwest, in the fall it’s sometimes changing a lot, going up and down.

C7: When you look at the forecast. How do you interpret it and what would be the optimum winddirection for the spot?
Lars: Well, I say the wind gods are with us!  I haven’t seen such a good patch of Southwest winds being predicted so far this year! And SW is the best direction for the spot (except for South wind with big swell). SW provides side Sideonshore conditions and normal pushes in good size waves.  So it’s looking optimal!  🙂  But we may also get some W-NW winds later during the contest and that’s onshore and not so nice, but definitely sailable!

Thanks Lars for the interview and thumbs up for your PWA comeback!!!

forecast is excellent !! i can hardly wait.