Kevin Pritchard, who is the new teammate of Graham Ezzy since he changed from Gaastra to Ezzy Sails in the beginning of 2011, met with Graham and produced a nice interview. Read more about Graham´s thoughts, who is travelling around the world and many times surprises with great videoclips. He also did compete on selected events at the PWA worldtour and finished the 2010 Gran Canaria event at Pozo Izquierdo on 25th position. It definitely would be interesting how Graham could finish the tour overall, if he would compete in all events.

Graham: Other than school, I’ve been doing a lot of filming. I was with umi on Maui in November, and I just got back from another trip with umi to Japan. We were filming for a webclip. 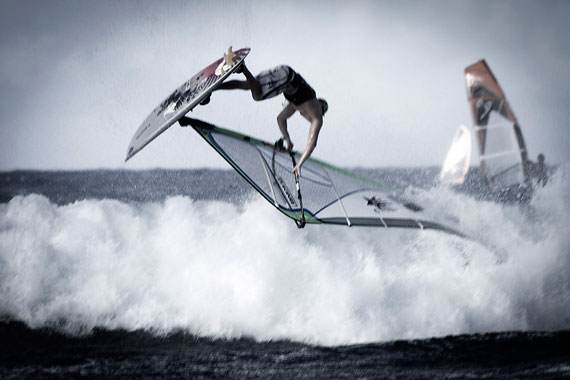 KP: How were the conditions?

Graham: The conditions in Japan were crazy. The wind was strong enough for me to be on a 4.0 and the waves were all over the place, but the temperature was the most intense part; it was less than 3° degrees celsius. On one day it was even snowing! I didn’t have boots or gloves, so my feet and hands went numb. But all in all, it was really fun riding. We got some fun, culture/lifestyle shots too.

KP: What else have you been up to?

Graham: I’m in my final semester at Princeton where I’m studying English Literature. I graduate in May, but before then, I have a ton of work plus a thesis to complete. So, it will be pretty hectic until then!

KP: How is school going for you?

Graham: School is going well. I love to be in the middle of so many different ideas. And everyone is really motivated and intellectually interesting. I love the rigor of the thinking, too. But that said, I’m ready to be done and dedicate myself full time to windsurfing. 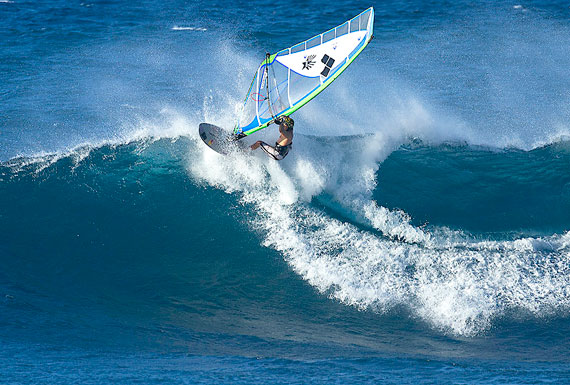 KP: How is it to balance school and windsurfing?

Graham: Ah, the balance! That is tricky. Basically I’m always at risk of falling behind in either school or windsurfing. So, my life becomes a mad juggling act of trying to do both. I’ll go to Maui to windsurf for two weeks, and then I have to work like crazy to catch up.

KP: Are you ready to be done?

KP: What are your plans after graduating?

Graham: I will be a full time windsurfing pro. I’ve never in my life dedicated an extended period of time to windsurfing, so this will be the first time that I can train like a real athlete and hopefully realize my potential. Also, I will work on my writing while traveling for windsurfing.

KP: Are you going to fully focus on the tour or what do you want to do?

Graham: I am going to do the full American Wave Tour. The spots focus on waveriding rather than freestyle+jumping, and that is more my kind of riding. I’m excited to sail in contests closer to home. I hope that this new tour will inspire more Americans to get involved with windsurfing. 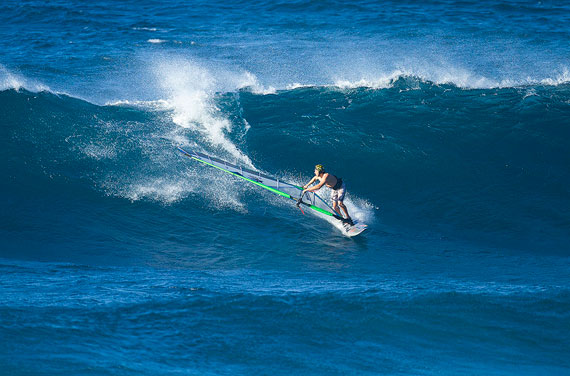 KP: Do you want to start working with your Dads company?

Graham: Yes. I want to help grow my dad’s legacy by working with Ezzy Sails.

KP: Do you enjoy developing sails?

Graham: I enjoy knowing about how my equipment works and how to make it better, so I always get my dad to explain how a sail functions. And I test them too. Basically, I just love windsurfing.

Check out Kevin´s blog. Kevin delivered the interview and the nice pictures!

completely agree with infamous ! graham is master of signature pushloops and takas when you least expect them (look his Guincho vid,Windsurfing movie II). Also his equipment (quatro/ezzy) looks just right for him. an intelligent guy as well. wish him all the best in whatever he does !!!

He’s THE MOST UNDERRATED rider ever. Graham’s got raw talent and it’s about time someone acknowledged that.