Josh Angulo is one of the most famous personalities in the professional windsurfing circuit. In 2009, in his mid thirties he could win the PWA overall wavetitle and sailed stronger than ever. Josh is a sailor, who got his first big contracts more than 20 years ago, when he was fifteen years old. He sailed for many big and smaller brands like North Sails, Ezzy or last for Maui Sails for about 2 years. Now he decided to go his own ways by leaving his actual sailsponsor MauiSails. Read more about his decision in the following interview. 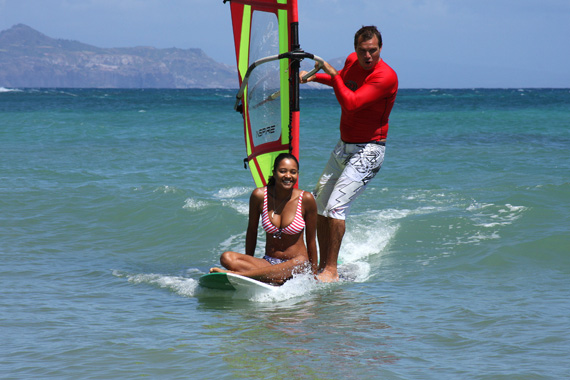 Josh with his wife

C7: You are leaving Maui Sails after two years! What´s the reason? Something unexpected happened?

Josh: As you mention in one of your questions below, I have a lot of other things going on and so I didn’t feel comfortable being tied to a brand, that maybe doesnt quite understand my long term visions. It’s nothing against them, I just felt that the long term possibilities weren’t in line with my goals for windsurfing .With that being said, I figure it was time for me to move on.

C7: You had great success with the brand, winning a worldtitle, winning single Slalom races, winning Cabo Verde, all within two years. With which sailbrand will you go on now?

Josh: The Slalom season starts very soon! I don’t have a new sponsor at this moment and I actually feel quite freed up to be in such a position of new possibilities, and the unknown is always quite motivating as it helps me remember that God is in control and he certainly has the best plan for me.

C7: In Sylt you told us you will fully focus on Slalom now and see how far you can push the limits! Still the plans?

Josh: In principal yes. A few weeks back I wasn’t expecting not to be on Maui Sails. So this is all quite new and the upcoming weeks should be interesting in helping mold  my 2010 direction.

C7: You are running besides your professional sportsman career a lot of other businesses: the board- and lifestyle brand Angulo, your windsurfing center, youth supporting programms, events, family……How can you handle all this and can you pay all the bills in the end of the day?

Josh: It’s quite a challenge and paying the bills is always challenging. I imagine that’s pretty much the case for most people. 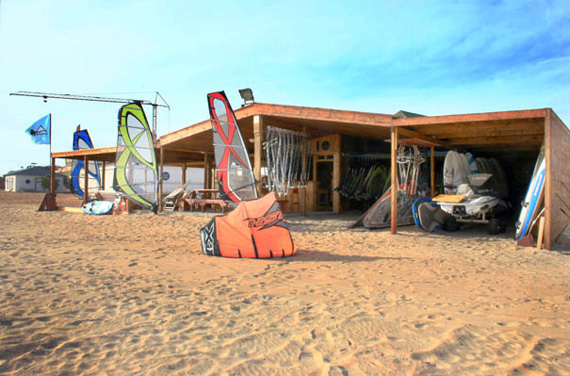 The windsurfing center of Josh

C7: Maybe you are working on an own windsurfingsailproject?

Josh: At this point in time, I don’t see that being realistic. As you pointed out. I already have quite a few projects I’m trying to balance and the more I do, the more I realize that family and freetime are the most important, so getting weighed down with some overwhelming project in an already saturated market doesn’t seem like the right direction for me at this time….. but I never say never.

C7: What are your goals for the upcoming season, not only competition wise?

Josh: Well, actually I’m more excited than ever, because in one way I’m now freed up to do whatever I want creatively and promotionally in windsurfing and having this feeling now. I can guarantee you that I will only join up with a company that has that same vision, otherwise it’s just not worth it. 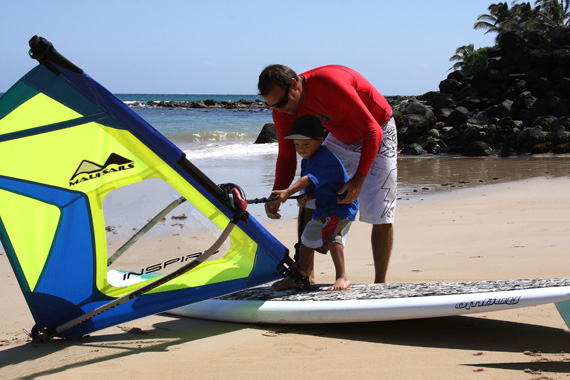 Josh with his son

C7: Do you have the same stoke for windsurfing compared to many years ago and are you still hungry to compete? Or would you like to go totally different ways soon and split off the competition scene as well?

Josh: Stoke for windsurfing I definitely have as much and maybe more! I sometimes question my hunger for competition, but the discipline of slalom still has a competitive angle that I’d like to hit and waves, I love it, always will.

C7: Will you do any waveevent this season?

Josh: I’ll probably do at least one.

Have a look on Josh Angulo´s history!