Jörg Müller, managing director and head of the marketing at Gun Sails, has acquired Josh Angulo for the third time in the history of Gun Sails. Gun Sails has an international team containing of 21 riders and the most famous names are Florian Jung, Marcos Perez Hidalgo, Nicola Spadea, Stephane Etienne or Dennis Müller. With Josh Angulo, Müller decided to go with one of the biggest names in the international scenes. 2012 Josh made it in 6th place in PWA Slalom overall ranking and finished the final event at Sylt in excellent 4th position. Now, Angulo wants to attack the podium.

We hooked up with Jörg Müller to ask why he decided to get Josh back on the team for 2013. 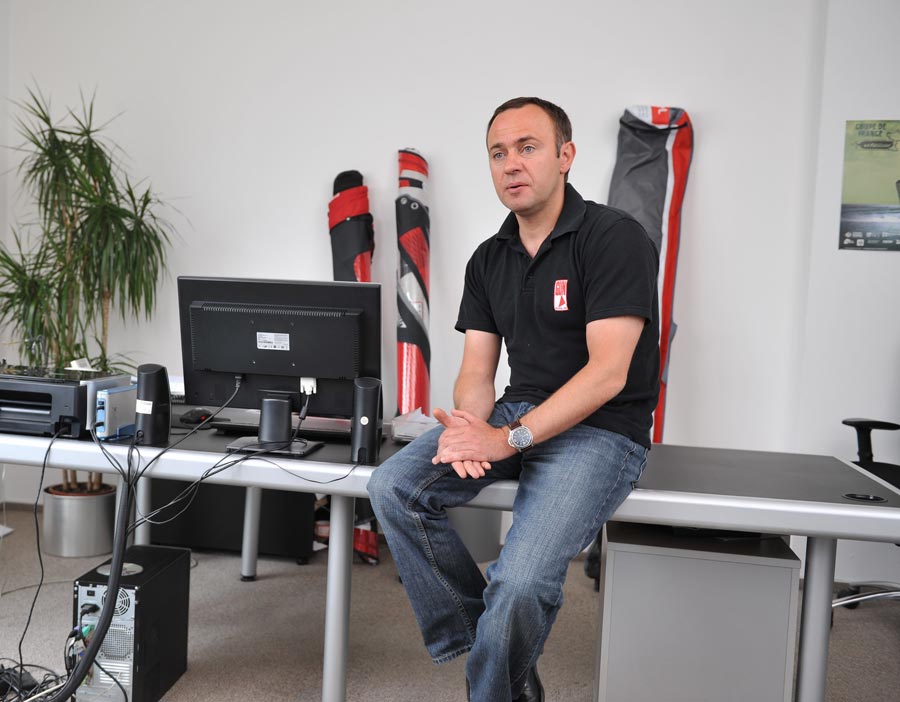 C7: Josh is back on your team. Why did you decide for him and not any younger hotshot?

Jörg Müller: Because it is Josh Angulo, still one of the greatest names in windsurfing. And beside this, he is still hungry for the podium. We know him for over 20 years and it makes it a lot easier to work with people of which you know all their strong and weak points. There will be no bad surprise with Josh.

C7: It is said, you are number one on the German sail market in terms of selling. Will you now try to get number one in other markets, too, like the US or other European markets?

Jörg Müller: Are we? We have a good notoriety in most European market and are known for solid and well designed sails. With an international team rider of Josh’s calibre on the PWA tour, we expect of course more brand awareness in foreign markets and then try to persuade sailors of our cool sails.

Jörg Müller: Yes it is, we have a fast sail and in the hands of Josh, everything can happen…. 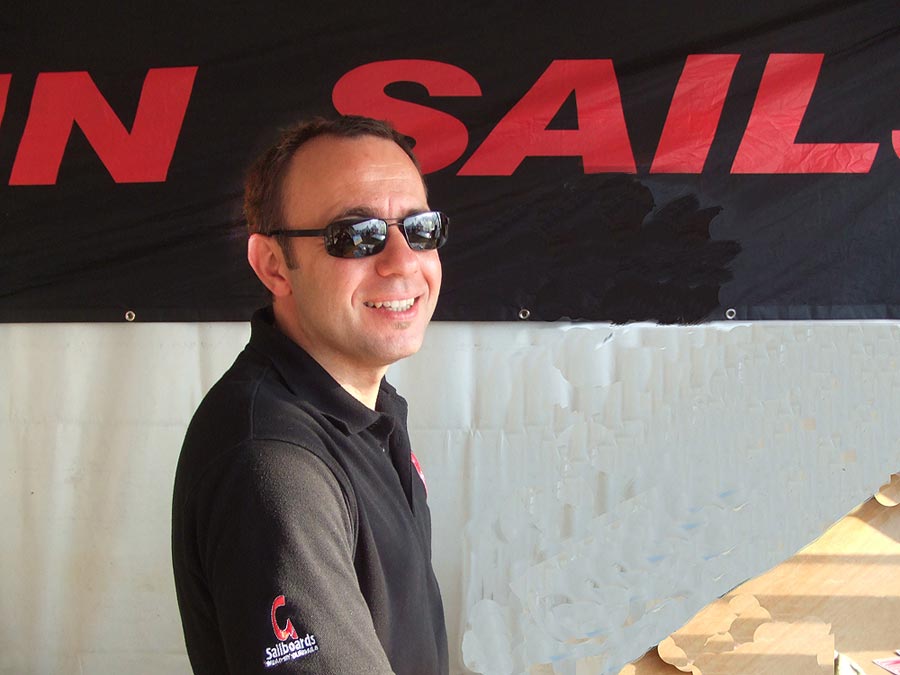 Jörg Müller is the man behind the scenes at Gun Sails.

C7: Do you need someone like Josh to get the right feedback for your products?

Jörg Müller: He made it from a 29th overall in 2010 to a 9th in 2011 in the Slalom discipline. Obviously he gave a lot of great input at his last period of a team rider. When we are talking about high end race equipment, of course rider feedback is necessary and helps the designer to fine tune. Josh and Renato Morlotti, Gun Sails designer, have literally a good connection via skype and exchange a lot of ideas. And of course we considered Josh’s input and were following his ideas. In the end, R&D is teamwork and we are all interested in having the best possible result which is winning.

C7: Will Josh start in racing only or will he compete in waves discipline, too?

Jörg Müller: He is famous for his unique style in waves and won his last title in the discipline in 2009. By now we have an agreement for the slalom tour and I think Josh will also put a focus on that. Let’s just wait how he gets in gear with the new slalom equipment and then we’ll see what happens next.

C7: Will you re-start the collaboration with Josh Angulo’s board brand, too ?

Jörg Müller: Honestly, we have not yet discussed that point, our topic was to get him sails for training and preparation. We have done the Angulo board business for the time he was with us in 2010/2011 and we had a lot of positive feedback and no claims. Pieter (Bijl) is doing this business now and we have his contact, so whenever we need some, we know who to talk to.