Jaeger Stone injured his right knee after the PWA event in Sylt. What a back luck for the Aussie ripper. It seems like Maui doesn’t want Jaeger to compete. Like last year, he can’t compete due to injury. He extra spent a few weeks in Maui this spring to pick up some extra skills and prepare for the wave final.

We caught up with the WA ripper to speak about his injury and his actual plans.

Continentseven: What a bad luck. You injured your knee right after the PWA event Sylt. How bad is the injury?

Jaeger Stone: It’s not the best, but it’s also not the worst. I injured my PCL, MCL, medial patellofemoral ligament and medial meniscus. I just need some time to rest and recover before building myself back up again. Thankfully my ACL is OK because that’s quite a bit more significant.

Jaeger Stone: I was sailing Hell’s Gates out at Point Moore in Geraldton with my friends Tom and Maeli. I just got back to Geraldton from Germany in the morning and wanted to go for a little sail to do some exercise and have some fun. I wanted to do a double Forward, but didn’t have enough power so just did a planing forward. I guess I misjudged the landing a little and landed harder and faster than I thought I would. My back foot slipped/moved a touch and all my weight fell through the inside of my right knee as a result. 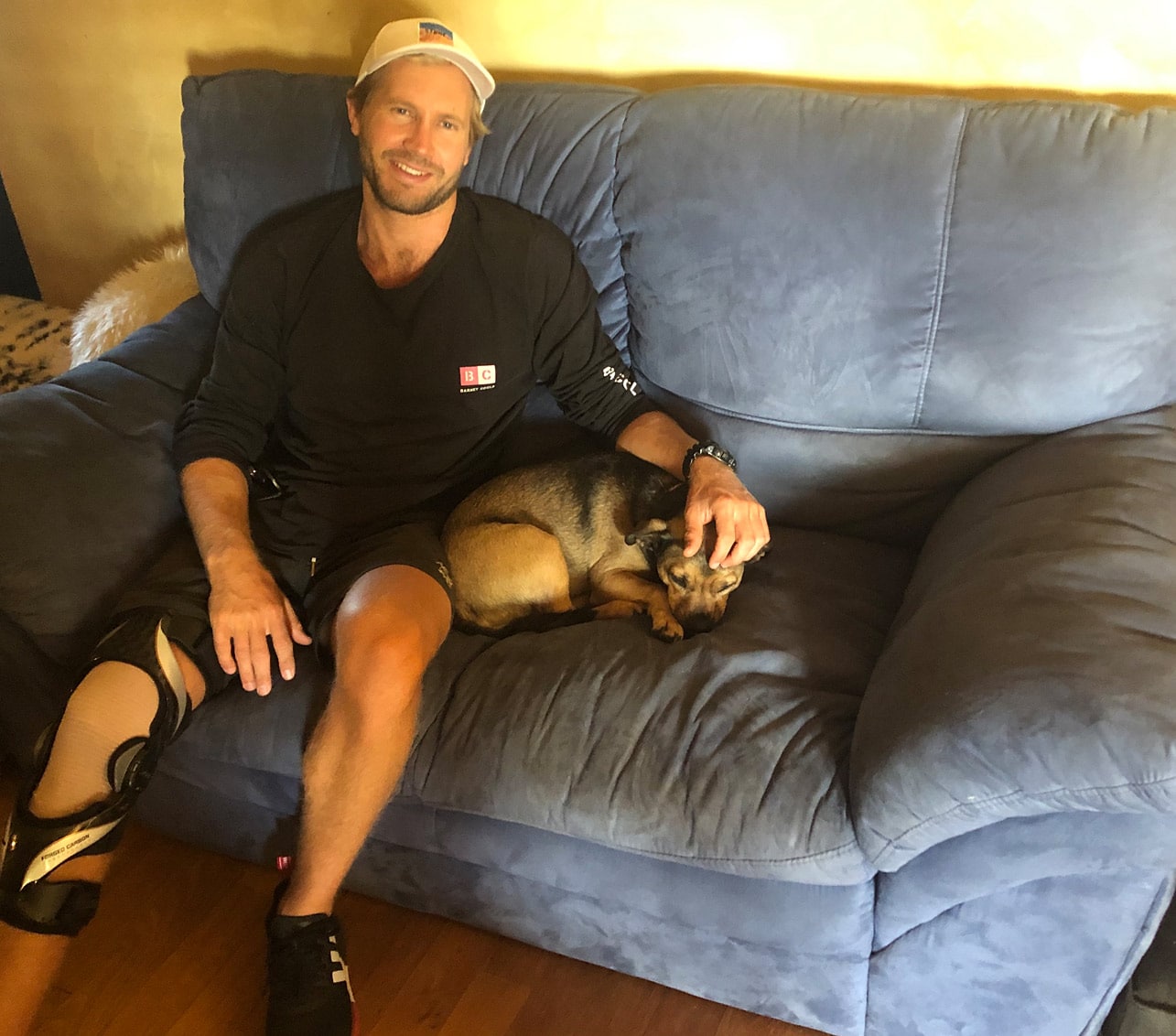 Jaeger Stone in recovery together with Poppy on the couch

Continentseven: How hard was it coming back to the beach the beach with the injured knee?

Jaeger Stone: Yeah, getting in was hard. Hell’s Gates is a long way out to sea and when it first happened I realised how quickly things could go wrong out there if you’re by yourself or can’t manage the situation. You can’t really rely on anyone to help you. It was difficult to put weight through my leg and I couldn’t get back upwind so I ended up coming in about 1km downwind from where I launched. The scariest thing was not being able to run away from 2 snakes that were cuddling each other near the road as I came off the beach.

Continentseven: Did you take too much risk or were the conditions too hard?

Jaeger Stone: I think it was just unlucky. Perhaps jet lag played a role and made me react half a second slower or misjudge my landing, but it’s something I’ve done 1000x times before. I think it’s just one of those things.

Continentseven: Was your knee a bit weak before the crash or did you feel top fit?

Jaeger Stone: Nah, I felt fit and strong. If anything I think my training and strength prevented it from being worse. I haven’t had any significant injuries to this knee before.

Continentseven: Wave sailing is indeed a risky activity, especially on your level.

Jaeger Stone: Yeah, as I said above I’m happy it’s not worse, but injuries are still difficult to deal with. Your heart sinks when it first happens and you begin to realise you’ll be out for a while. It’s only an injury though, I’m still lucky. 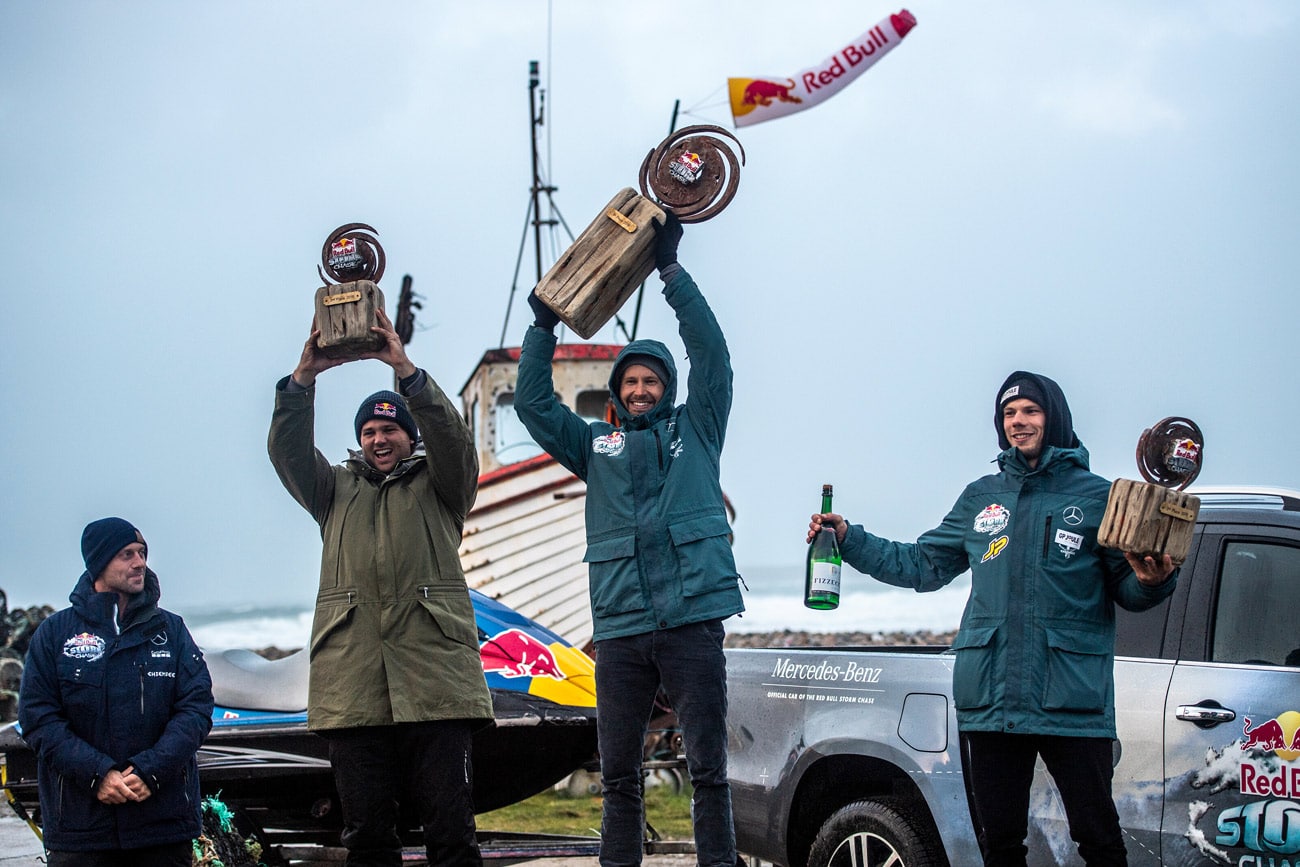 Continentseven: The 2019 season was an insane one for you. You won the Red Bull Storm Chase in the beginning of the year and you won the PWA Tenerife Wave event. You still had chances to make the overall podium or even win the 2019 wave title sitting in fourth before Maui. 2019 was the first year you made it to the very top in the PWA. You did some extra training in Maui this spring. Do you think you would have been ready to challenge Braw, Robby, Levi, Morgan, Antoine or Bernd in Ho’okipa?

Jaeger Stone: Yeah, 2019 has been an interesting year! There’s been some big highs and lows, and I’ve learnt a lot about windsurfing, myself and life. I was really looking forward to Maui, I always do, but this year I was excited that the PWA event would be back on. Unfortunately I missed the IWT event last year because I injured my ankle and the last time it was a PWA event I did the splits the day before the event and was out for nearly 3 months as well. This year I was just going with the intention of having fun and to try to continue improving my starboard tack sailing. I don’t mind about the competition or results/rankings, I just wanted to sail and enjoy it. I don’t know if I’m ready to challenge the best guys listed above (plus Camille, Graham, Thomas, Alex, Kai, Ricardo, Victor etc.), I still have a lot to learn but I’m confident with my starboard tack sailing now and love sailing with them. I feel like I’ve made a real effort to spend time in Maui consistently, plus trips to Morocco and making the most of all my opportunities to sail starboard tack. It’s a bummer, but it is what it is.

Continentseven: You are a physiotherapist and you exactly know how to go through a rehab and when to start with the first sessions on the water. When do you guess you’ll be fit again?

Jaeger Stone: Hopefully towards the end of December or early January. I have to wear a brace and rest it quite a bit for the first 3-4 weeks and then can hopefully start progressing more from there. Injuries give you the opportunity to do other things as well so I’ll try and make the most of my time off windsurfing.

Continentseven: What are the off time activities you are looking forward to?

Jaeger Stone: When I can walk a little better I’d like to do some physiotherapy work. Plus just enjoy spending more time with my friends at home, keep reading, practising Spanish, swimming and exercising.

Continentseven: Will we see you battling for the wave title in 2020? How is your motivation?

Jaeger Stone: Yeah, I think so. I’ve got a really good opportunity and my sponsors are really supportive so I’ll keep windsurfing and competing while I’m enjoying it. I’m most motivated when my sole focus isn’t just windsurfing so I’ll try and find that balance. I’m sure a few months out of the water will have me feeling very motivated and excited to sail again, too. 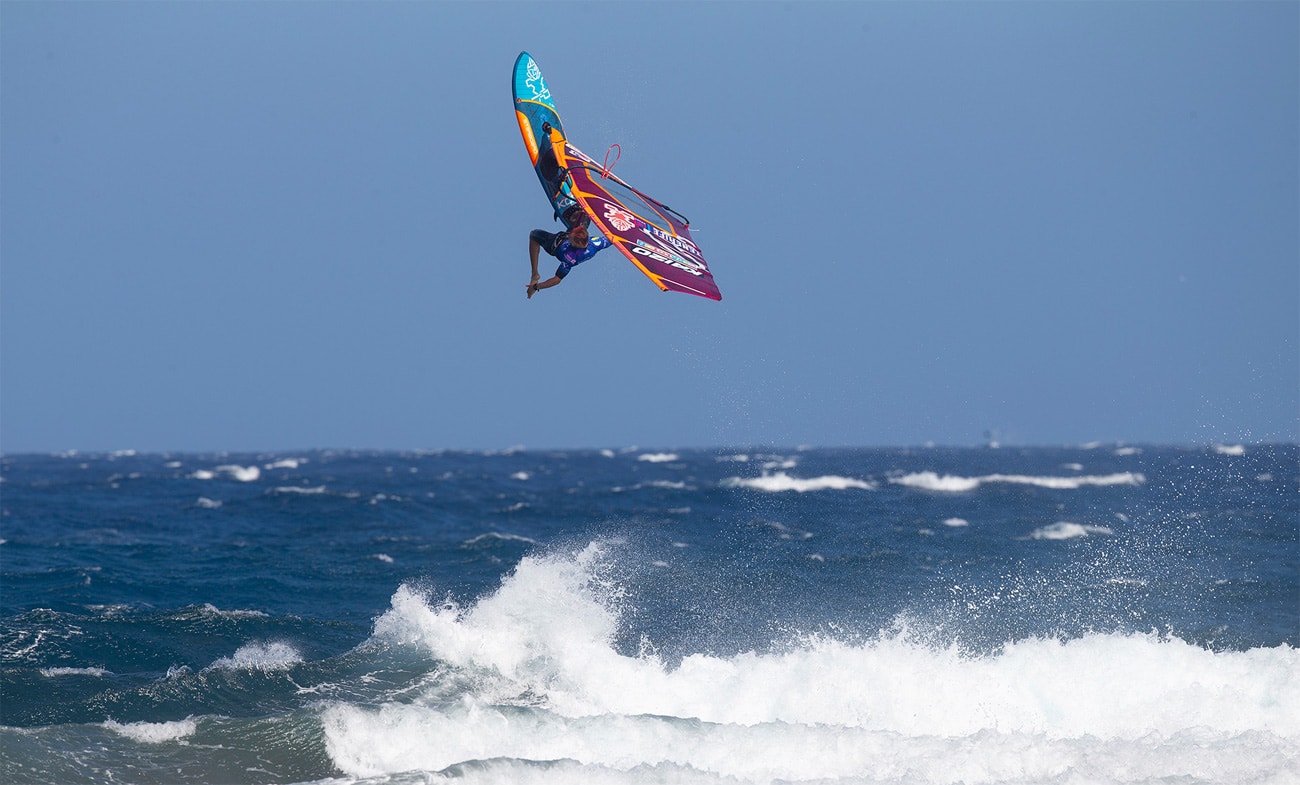 Jaeger Stone flies through a Back loop in his signature style (Photo: John Carter/PWAworldtour)

Continentseven: Are you going to work on new shapes, fins, etc. in the meantime, together with your dad?

Jaeger Stone: Yep. Starboard, Stone Surf and I will be, and have been working on new boards still. Playing around with some ideas and keeping an open mind.

Continentseven: Will you watch the live stream from the Aloha Classic?

Continentseven: Who will win the event and the 2019 title? What are your suggestions for ladies and men?

Jaeger Stone: Ha ha tough question. The title race for the men will be exciting…I think it depends a little on the conditions. Any of the guys listed above could win the event but I won’t comment on who I think will win the title ha ha.

I’m not sure who exactly will be competing in the women’s event but Sarah-Quita will be one of the favourites. Her sailing is so good! Iballa is probably one of the biggest favourites, as well as Sarah Hauser and some of the other local women. Justyna also spent some time in Maui this year so it’ll be interesting to watch!

Continentseven: Thanks for the interview and we wish a speedy recovery!

Friends, the air inside an airplane is very dry, the body loses water, so do the ligaments, joints etc. Please give the body a few days rest after long flights, do not put on such strain when it is not ready. I wish Jaeger a speedy recovery.

hello jaeger, hope youll get well soon…
what does it mean pcl injured, it is totally broken? Anyway sometimes it heals and can be 100% again.