The French Pro Slalom sailor Sylvain Moussilmani (Starboard/Simmersails/Deboichet) could win the IFCA Slalom worldtitle in Fleicheiras, Brazil just a day ago. We hooked up with Sylvain to ask him about the event and his success. Read more! 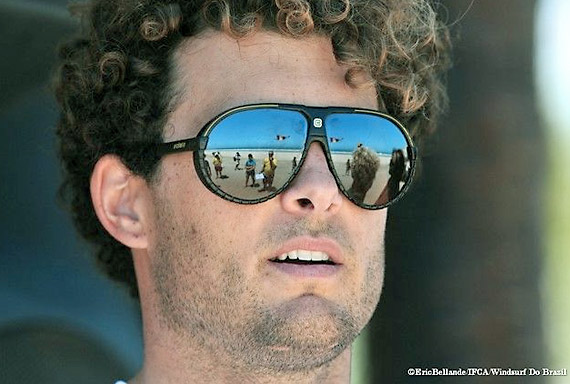 C7: Why did you decide to compete in Brazil instead of taking part at the Speed Classic in your homecountry France?

Sylvain: The Starboard crew has decided, that I should represent the brand in Brazil, Fleicheras. I can’t say no! I have never been to Brazil before. So I was sure, that it will be a nice experience. It was also a opportunity to test the new Simmer racing sail samples and new boards for the start of the 2011 PWA Slalom season.

C7: Which gear did you register at Fleicheiras? 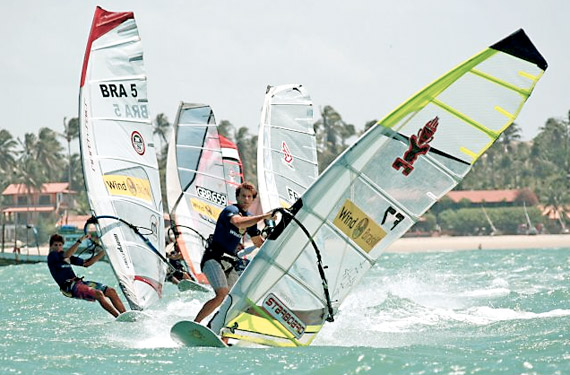 Sylvain on the race course in the lead (Pic: IFCA, Lutz Doro, Adorofoto).

C7: How would you describe the conditions in Fleicheras. How strong was the wind and which gearset did you use most of the time? 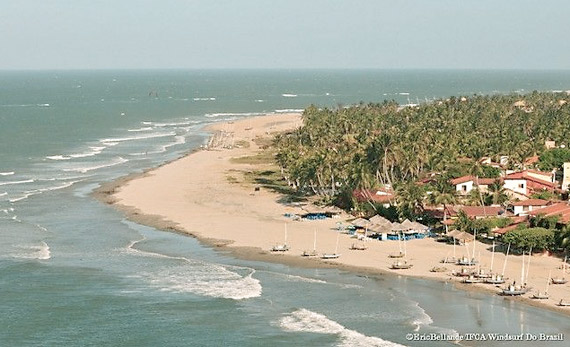 C7: Were you racing a different format than on the PWA?

Sylvain: The racing format was the same as the normal PWA course diagram. Only the start procedure was different and the heat timing. The IFCA race director did not wait until all riders were at the starting boat. I missed the start of the first final! I was one minute too late.

C7: The fleet saw a lot of good sailors? Which guys were the hardest opponents, gave you the most pressure and what made the difference in the end that you could win?

Sylvain: The level was lower as at an PWA event, I “played” really only with Julien Quentel, who likes the medium conditions. He can use smaller equipment than me, so he was fast. I was scared about Steve Allen at the begining, but he never had made pressure. I have had a better speed and used bigger sails as everyone else. At the starts it was an important advantage for me, but more technical and physical. Compared to 2008 I sail better races, a good compromise of taking risk and necessary assurance. 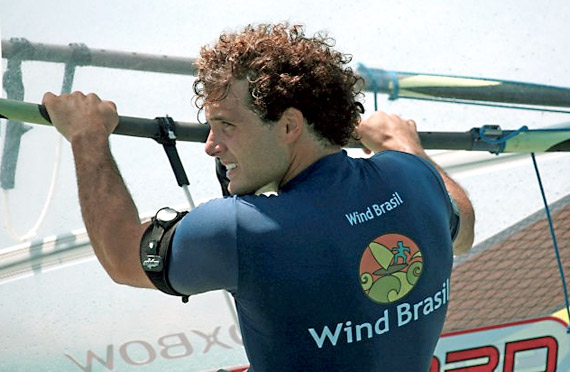 Sylvain: My new Simmer sails – my twin brother Benoit and myself have developed – are much faster and more easy to ride. The new Starboards ars more reactive and lighter. Of course, the combination is important to win some speed. 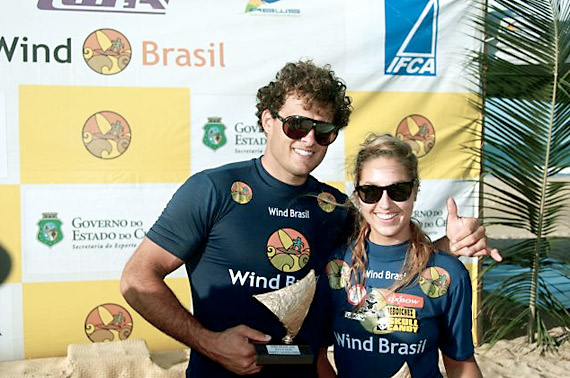 C7: What does the title mean to you?

Sylvain: I am connected with the reality: IFCA is not PWA. I finished 7th on the PWA Slalom tour in 2010 and I think the IFCA World Slalom title is just a present for all work made in the 10 last years with my brothers. The IFCA title is an official title, really important for my personal satisfaction and for my sponsors. I am also super happy for Benoit, my twin brother, who just finished 2nd behind Björn Dunkerbeck at the Speed Classic event. He took the French speed windsurfingtitle.

C7: How will you prepare now for the PWA start in Vietnam, which will start in the last week of February 2011?

Sylvain: We have almost finished the Simmer sails R&D for 2011. The sails will perform really well. I will stay on my home spot Marseille for training until the end of the year 2010 and I will go somewhere to catch better wind in January 2011.