Pascal Toselli (FRA-916) had his PWA Slalom debut in 2004. Ten years later, in 2014 he claimed his first slalom elimination victory and a podium finish at the PWA World Cup on Fuerteventura. Finishing 5th in the overall year ranking, it was no wonder, he got wooed by the companies at the end of the year. In the end the Italian board manufacturer 99novenove sealed the deal with the Frenchman. We hooked up with Pascal to speak about the reasons for this change and his goals for the upcoming competition year. 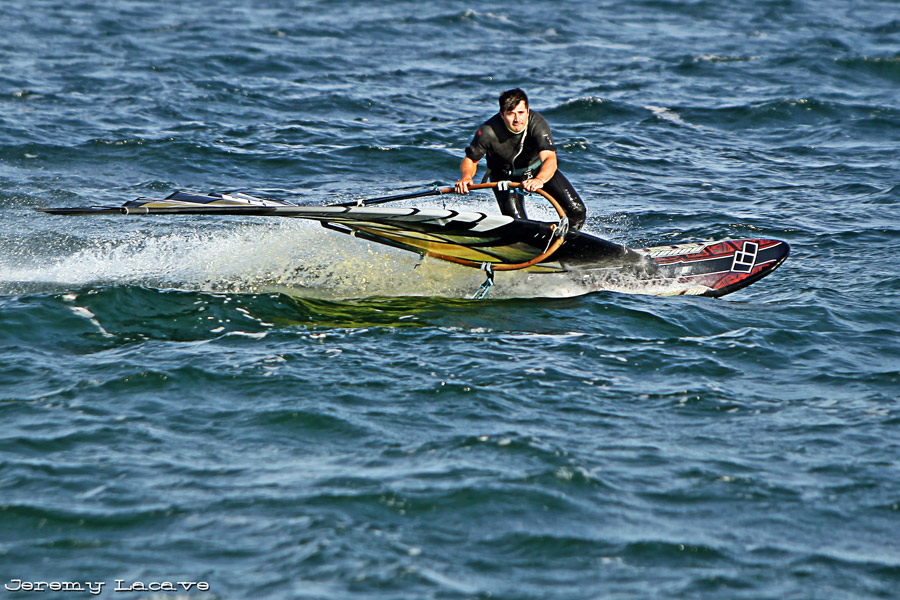 Pascal Toselli jibes on his new board

Continentseven: How are you doing? Did you windsurf a lot after you returned from last PWA event at New Caledonia to France?
Pascal Toselli: I’m very well. I windsurfed less after New Caledonia because I needed a break after this busy season. I still windsurfed, but less than during the season. Perhaps I needed a break. Now I am going to restart with the training and I am motivated more than ever.

Continentseven:  If you look back on the 2014 Slalom season. Are you satisfied with your performance?
Pascal Toselli: Yes, for sure, I am very satisfied with my 2014 season. I was aiming for a top 10 result and I got a top 5 result. There were many new and good things for me like winning an elimination or finishing an event on the podium (e.n. Pascal won four eliminations in 2014, 2 at Sotavento and 2 in Alacati and he finished in third overall at both events). This motivates and shows that it is possible to do better in the upcoming seasons. But I keep in mind that nothing is guaranteed and I will have to work hard to continue in this direction, because the slalom level is very high.

Continentseven:  You were looking fast at all events, but missed in the end of the season to save a spot on the overall podium. What was missing for a spot on the podium?
Pascal Toselli: To access the podium I think I shouldn’t make any mistake. I think I was lacking experience and consistency. The level is very tight and you aren’t allowed to try  a lot and play much. My biggest mistake happened on Sylt, where I missed to qualify in the first round.  (e.n. Pascal missed to qualify for round two in the only counting elimination and finished the event in 33rd position overall). But that’s part of the sport and I think ‘I am in my place at the end of the season. Now I have to work hard and try to do better.

Continentseven:  After a one year partnership with Starboard, you left the Thailand based brand and joined 99NoveNove. Why?
Pascal Toselli: I like the challenge to go with 99NoveNove. It’s a very dynamic young brand with many projects and it motivates me for the future and I have my place in the brand. We start on a long-term collaboration where everyone wants to go in the same direction. This new collaboration makes sense and I really look forward to start to work together. 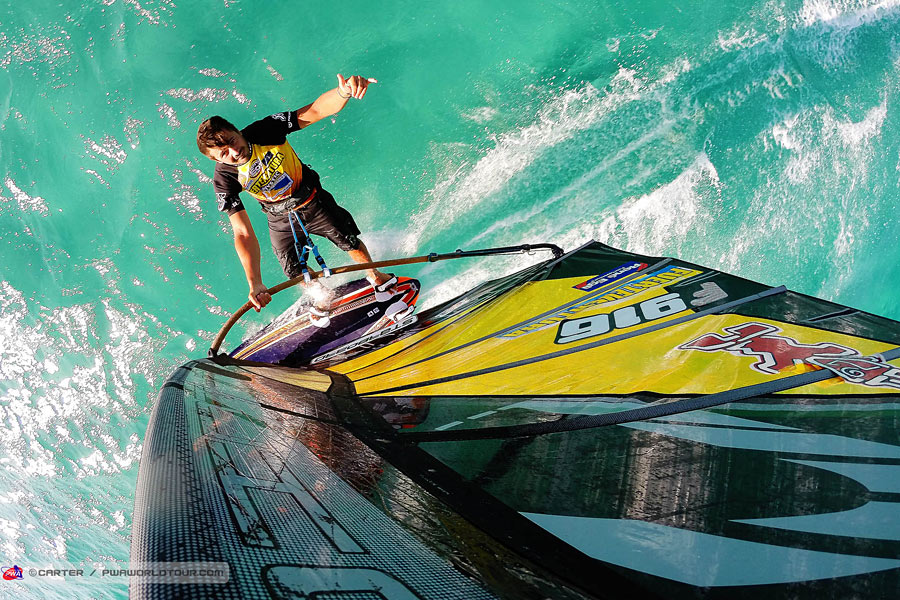 Pascal Toselli with a great performance during the 2014 Sotavento event (Pic: Carter/PWA)

Continentseven:  From 2011 to 2013 you were with RRD and finished on the 17th, 15th and 16th spot overall. In 2014 you changed to Starboard and improved by 10 places and made it in 5th overall. Isn’t it risky to change your setup to a quite new brand exactly at this moment of your career?
Pascal Toselli: Yes, of course it’s a risk, but every change is a risk. The cooperation with Starboard went very well and there is always an adjustment period when changing equipment. Now it’s up to me to go well on my new boards, but I have no doubt about the work that was done upfront on the boards and their performance.

Continentseven:  Are you 100% sure the boards will be competitive with the top brands on the market? There was not that much time to shape and design boards. Finian Maynard, who will be in charge of the board development, together with the Italian shaper Gianni Valdambrini, started to work for the brand just 3 months ago.
Pascal Toselli: Yes, I’m sure the boards are competitive. I wouldn’t have made this change otherwise. Gianni has a lot of experience as a shaper and Finian is one of the best in the development of slalom equipment and he has many years of experience. 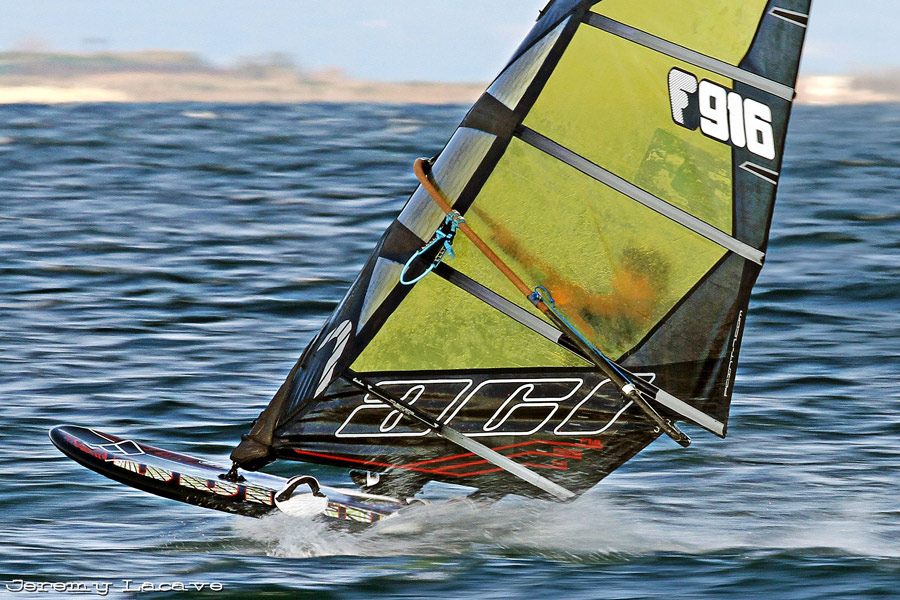 Pascal warms up on his new Slalom board

Continentseven:  Where do you want to be at the end of 2015?
Pascal Toselli: I don’t want to put pressure on myself for 2015. I know now that it’s possible to make good results, but I am aware that we will have to push a lot. I want to do good and the level is very tight. It just remains to me to work hard till the start of the season and then we will see in late 2015, what result I will have.

Continentseven:  How and where will you prepare for the 2015 season?
Pascal Toselli: I started my training in France and I am going to continue here until mid-January. After that I will leave to St. Barth participating in the St.Barth Fun Cup, the first confrontation in 2015 with new strength and new material. Around mid-February I will travel to Tenerife as every year to train with all the other team riders of the Black team.