Interview with Finian Maynard – about Sylt, the speed record 2010 plans

This first windless day was used by the new PWA press appointee Paul Griffiths to talk to Finian Maynard (RRD, NeilPryde), former World Speed Record holder, and currently ranked second in the World Tour for slalom, about his thoughts on the week ahead, the speed record, and his plans for 2010. 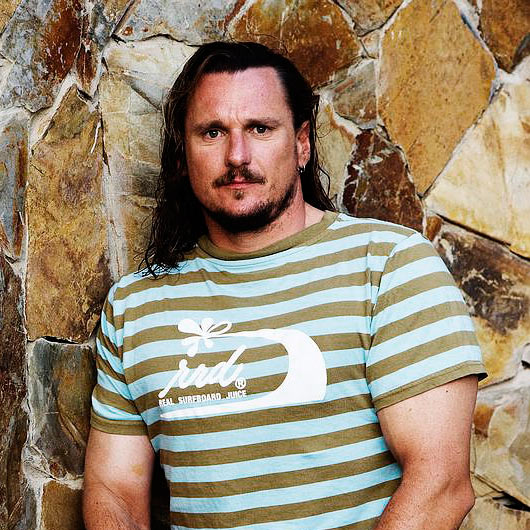 PWA: How confident are you about holding on to your second place overall for the season?

FM: “I’m fairly confident because I think the other guys just behind me will be battling more for third place rather than trying to overtake me. There is a little bit of gap behind me because my worst result this year is a 6th, so no matter what happens I can count that here. The other guys would have to win the contest, so I feel I can relax a little bit.”

PWA: What sort of conditions do you think the racers will experience this week?

FM: “I expect we’ll be racing in the lighter winds this week because with all three disciplines involved, the organisers will be trying to get the freestyle and wave competitions underway when the wind is up. It’s very tricky with everyone here, but we’ve had great conditions for slalom this season so we can’t really complain. The forecast looks good for the week though with a few low pressures on their way so maybe it’ll be different – we’ll see.

PWA: What are your plans for next year?

FM: “I’m going to really focus on the slalom. Antoine has worked hard in this discipline over the past few years and it’s paid off for him. I’d like to try and do the same and push for the title next year.”

PWA: And what about speed? Now that the Hydoptere has the World Speed Record are you tempted to charge back into that at full throttle and bring it home for the windsurfers?

FM: “It’s a thought, but it would be really tough going for both the Slalom World title and the Speed record at the same time. I would be splitting my resources and my energy, which would basically mean I’m not giving either of them 100%, and so it’s probably not the way to go about it. I feel that slalom is the way for me to go at the moment, and it’s the direction my sponsors are happy to support me in. Having said that, there are rumours of the canal opening back up, but it’s not in the best shape at the moment. It would take a lot of work to bring it back to a record breaking standard. Add to that the fact that the record now stands at 51.36 kts, and we’d need some near perfect conditions on the canal to break it.”

PWA: Obviously the windsurfing world would love to see the record back in their hands. Do you think the kites and now the Hydroptere have any advantages over the windsurfers?

FM: “Unfortunately we have a bit of handicap because of the depth of water needed for our fins which really limits us in terms of possible locations. The kites can run in 10cm of water, which is far too shallow for us. They also have the advantage that when they crash, the kite pulls them up, whereas we get pushed down into the water. If we practiced in water as shallow as possible it would be far more dangerous, we’d end up with broken equipment, or worse with broken bones. It’s not over for the windsurfers though, I firmly believe that we have the most advanced technology, especially with our rigs – no one else has dynamic flex rigs like we do. If a big sponsor is willing to give us some backing then I’m sure the interest will be there and we’ll get behind it.”