The 28-year-old wave sailor from the UK Jamie Hancock has won the BWA (British Wave Sailing) tour and can now call himself British Wave Sailing Champion 2012. This is already Jamie’s second BWA title after winning the tour in 2009. Jamie is not only a great wave sailor, but has also strong creative interests off the water. He loves cinematography and through working with Brendan Pyatt from Umi, he learned the entire film making processes.

Jamie recently has launched a new personal website, which you can check out here: www.jamiehancock.com. We have added Jamie’s updates to our “latest blog updates” category, to not miss any of his updates. 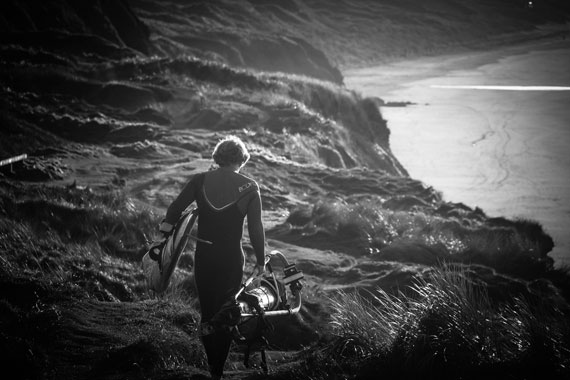 Continentseven: After winning the final event of the BWA tour in Gwithian (Cornwall), you can now call yourself British Wave Sailing Champion. How does this feel?
Jamie: It feels great and is a really nice way to end the 2012 season.

Continentseven: Did you ever reckon about winning this title in the beginning of the year? The level seems to be really high. Proffitt, Lewis, Horrocks, Skye are all ranked in front of you in the PWA tour, but now on the BWA tour you managed to beat them. (Editor’s note: Jamie is ranked on the 18th position in the PWA wave overall ranking)
Jamie: I definitely thought I had a chance at winning it, I won the UK title in 2009 and knew it would be possible again. I find it quite hard on the PWA tour as I originally learnt everything on starboard tack after sailing at home and traveling to Maui. Now though I have had to learn everything on port tack for every PWA contest, not just port tack either but onshore port tack. This isn’t all bad as I’m now much more of an all round sailor. Most guys I compete against come from port tack backgrounds including most of those British guys, so its always tough. Luckily the British tour isn’t all the same and we had a good mixture of wind and waves. 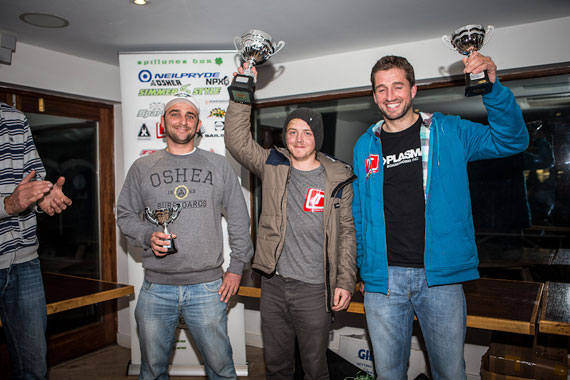 Continentseven: You have finished the PWA tour on the 18th place overall. Is there a big difference between those two tours?
Jamie: Yeah, a big difference, conditions wise anyway. I absolutely love sailing in the UK, the locations we have on the UK tour are fantastic. We have winds that arrive with low pressures which are always unpredictable and you never know what you are going to get heading to each event. I love that, keeps it exciting.

Continentseven: What do you think, are you missing to reach the top 10 in the PWA tour?
Jamie: Good question. I have a massive case of going into ‘safe competitive mode.’ On starboard tack I am always far more relaxed and is easier for style to come across. I have stupidly got into a habit of sailing port tack in a competitive sense where I would hardly ever crash but at the same time be stiff and basically look pretty bad on the water. That is something I feel I need to work on for 2013. I might have to take some more risks but better that than not going for it.
Continentseven: There are 7 riders from the UK competing in the PWA top 20. That´s a lot. What are the reasons, that so so many UK sailors are top-ranked?
Jamie: England is one of the best places to windsurf in the world in my opinion. We have Ireland and Scotland which are filled with world class waves. It also helps that the standard is high in the first place. When I started to compete on the UK youth circuit there were guys like John Skye, Ross Williams, Timo Mullen, Andy Funnel, Robby Swift, Andy King, Phil Horrocks, Chris Audsley, and obviously the Baker brothers before that. When the standard is that high to begin with it is easy to see why others start to follow in their footsteps. When I began I was recruited into Team Whiteboarders (TWB) which was Dave White and Nick Green from the UK pushing us. That was where it began for me and how I first joined Tabou and Gaastra and got to go to Maui and sail with some of these guys everyday. 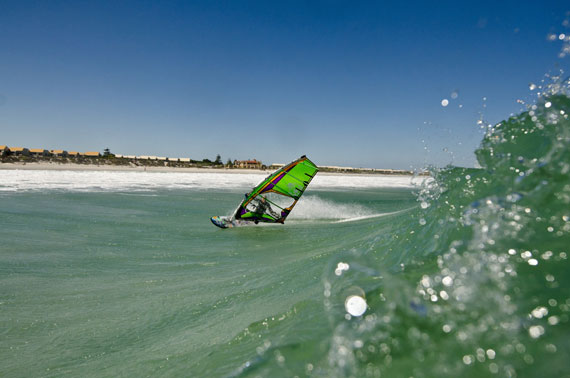 Continentseven: You just said, that England is one of the best places to windsurf in the world. Wouldn’t it be great, to see a PWA competition in England?
Jamie: Yes and no. I think England is a bit unpredictable to have a contest. It would be great to have it there but I wouldn’t want to call one location for the event, if it was anywhere in England then definitely yes, but I don’t think it can work like that for the PWA. I was surprised the Red Bull Storm Chase didn’t name England as a location. We have the same storms that Ireland gets but with maybe more manageable beaches. Just last week I was out on my 3.3m in 60-70mph and sailed both the north coast of Cornwall and the south coast of England in the same day. I heard the welsh reefs were going off and even the East coast got some decent conditions, everywhere was firing.
Continentseven: You are living in Portsmouth on UK’s south coast. Do you like living there and do you have a good windsurfing spot around?
Jamie: There are no spots in Portsmouth, but if I drive one hour east or one hour west I have an option of 8-9 decent spots. Or I can get the ferry to the Isle of Wight where Ross Williams and John Carter live. I sometimes go over with just gear as a foot passenger and get picked up buy those guys. 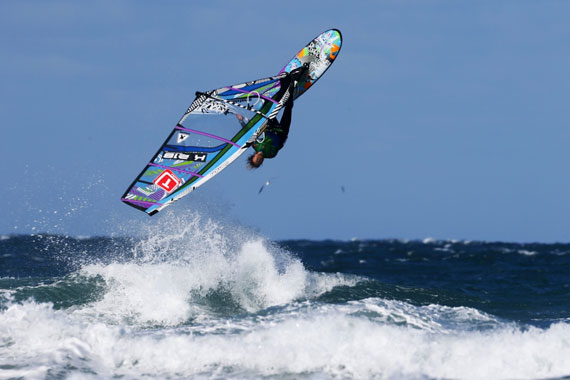 Continentseven: If your spots are not working, what are your next windsurfing spots options?
Jamie: There are so many. I do a lot of trips with Timo Mullen and JC on good forecasts so we often score something good wherever we go. 2 weeks ago we did a 3 day trip that went from England through Wales and on to a ferry to Ireland for a days sailing in the NW, then a ferry from Northern Ireland that evening to Scotland, then drove through the night and got the next morning ferry to the Outer Hebrides and sailed there for 2 days. That is pretty extreme but you get the idea.
Continentseven: And which one is your favorite spot at England’s coast?
Jamie: Kimmeridge
Continentseven: And which spot is your favorite outside the UK?
Jamie: Have to say Maui. Despite the crowds it is the windsurfing capital of the world.

Continentseven: What’s up next for you?
Jamie: I plan to go to Cape Town to help Gaastra with the 2014 R&D and photoshoots like last year, also try to learn more port tack and have fun!


Continentseven: Thanks for the interview, good luck and have fun!

At last an honest and modest interview by a guy who lets his sailing do the talking!
Refreshing to say the least!!!
Keep ripping Mini George!!
Timo