Davy Scheffers won the first event of the EFPT season in front of 17 year old Youp Schmit and the German Adrian Beholz. After a for him disappointing 13th place at the PWA event in Fuerteventura, the Dutch Scheffers was able to show how much he had improved over the last winter and dominated all eliminations. We have caught up with the Dutch for a little interview. 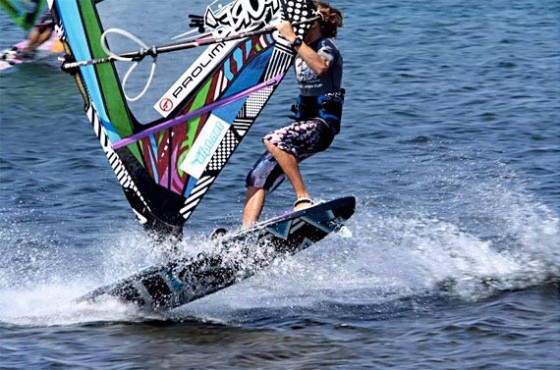 C7: First of all, Congratulations to your victory at the EFPT Sigri event. Was it difficult to adapt to the conditions in Sigri, after sailing a lot in strong wind at Fuerteventura ?
Davy Scheffers: Fuerteventura is always one of the places that is hard to sail, you always have to get used to the conditions and once you are back to normal and suitable freestyle conditions you have to get used to it, too. It was not that hard and luckily I got a nice session at home in Holland and a few hours in Sigri, before the competition started. It was not really a big deal! 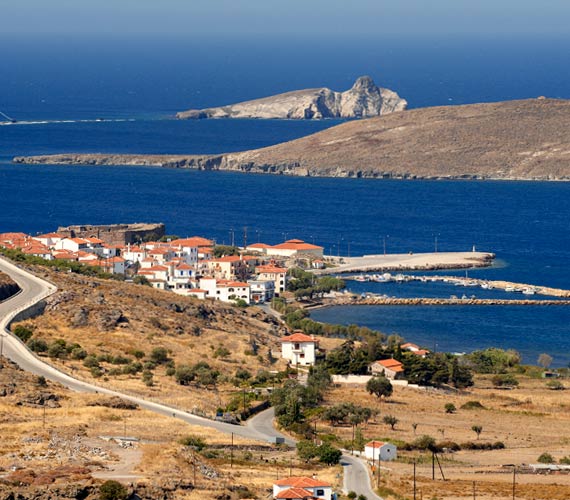 C7: What is your impression of Sigri?
Davy Scheffers:  First of all I was surprised about how much the road was curving to the sport. Second thing that really surprised me was how friendly and open the people were! It is a really small village with not much to do. Perfect to relax. It is quiet and so beautiful! Everybody lives in harmony and peace and the sunset is amazing.

And than there is the freestyle lagoon. There are 2 hills and between you have a mangrove grass field in the water that gets dry when there is the low tide. It´s perfectly  flat behind!!!  Also they have been telling me there is a jumping spot, but this one I never saw and really want to give it a go for some air time and big crashes! Isn´t that what we windsurfers like? Get our ass kicked. 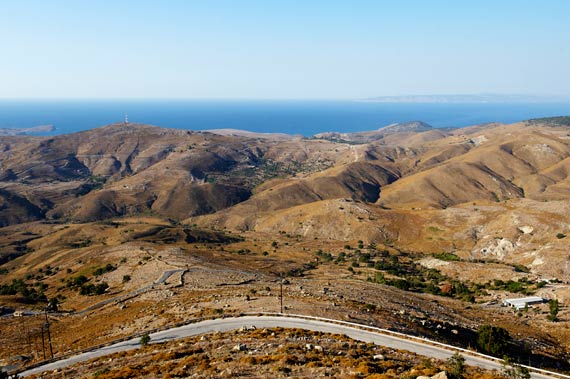 View over Lesvos with the winding road, which leads to Sigri – ©Pic: Kerstin Reiger

C7: How did you travel to Lesvos?
Davy Scheffers: I have been traveling from Holland with a direct flight to Mytilini on Lesvos. Transavia is always easy to get your gear on board for a fair price! Most of the guys have been traveling through Athens with a stop between or took the ferry.

C7: What gear were you using most and how much gear did you bring?
Davy Scheffers: I have been bringing all my gear because I did not know what to expect and don’t like to have the wrong size. Also I was able to take 2 travelbags so why not????
For now it has been light wind and I was just on my 4.8m Pure. But from up the 17th of August the forecast is predicting 30 to 35 knots, so it will might be time for big flat water action on the 4.2m.

C7: Are you happy to have some EFPT events again?
Davy Scheffers: Yes, I am really happy! For me it’s a opportunity to might get a title. It is a great way of representing windsurfing on smaller spots and with less money, the group of sailors, who comes to the events is smaller and like this it is a lot of fun together. Funny, how such a small group can set up the whole bar upside down!! Beside all of this, it is also great for good amateur sailors, who want to give it a go in the international competition scene, without losing every first heat against the top best sailors of the world!
Also the EFPT is working for the IFCA and ISAF which makes it a really professional tour! Let’s hope there will be more events again for the future as this tour really deserves it and nowadays the organization is trying their best to bring it up again!!!! 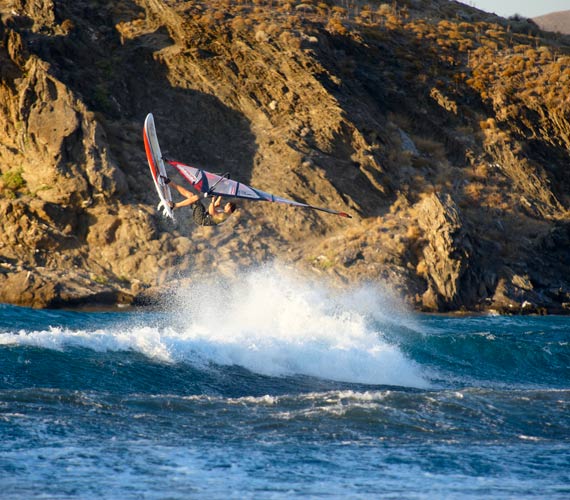 C7: If you compare the level with  PWA: is there a big difference?
Davy Scheffers: Of course, that’s why you speak about a World Cup and European event. But there are a few really good sailors around and some of them did not show up yet. I am sure as soon as, there might be a bit more price money in the event the other good European riders will also be there. I think in France many more people will be there like Yarden Meir, Antony Ruenes, Nicolas Agkazciyan, and maybe also Dieter van der Eyken and Julien Mas and so on… You know, the more events, the more get interested. The level is high, but it is not a World Cup event. It is the first floor to meet other good sailors, and after you get to the higher level for some real sailing when you meet guys like Steven, Kiri, Taty and Gollito in the first heats!!!! Than you really get your ass kicked and get sent a letter straight in the first minute that you are out!!

C7: Which heat was your best one?
Davy Scheffers:  I had a pretty consistent event, almost every heat I have been doing the same tricks. The wind was light for my 4.8 and most of the people were on 5.2m. So don’t forget that!
But because it was flat we still could perform really nice tricks. The best heat was against Adrian Beholz! Unfortunately in all the heats between me and Youp in the finals the wind has been dropping that we could not show our sickest repertoire. But we have been doing big moves as Culo Spocks, Flaka Shakas, triple moves, Burner Punetas, double Air Funnels, Skopus, Konos, Air Bobs and also some big Shove-it Spocks from Youp, which I am not able to do yet…. 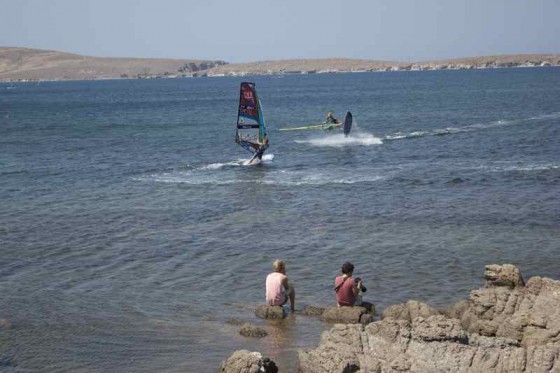 Davy sailing against Youp in one of the finals in Sigri

C7: After sailing with twin fins, you are back on single fin again. Was this the right decision?
Davy Scheffers:  Yes, especially on competition days like this I feel a big advantage on that… I was all week long on a 4.8 and just planing one of the earliest, so imagine there is still a 5.2 and 5.4 in the board bag… The board is just amazing, that is the only fact that matters.

C7: What´s your plan for the next weeks?
Davy Scheffers: I am still in Sigri for some training with Youp and Andraz, and it might be that Andraz Zan is making a video from here with some good action.

C7: Thanks for the interview!!