“When you can’t move around the mark I think it is time to move on,” Antoine Albeau stated… but to move on, is still too early for Antoine, who told us his body feels young, like a 20 or 30 year-old. The reigning PWA Slalom World Champ and Speed record holder, who had his world cup debut in 1992, is not tired of slalom windsurfing and is the only 40+ rider, who can constantly keep up with the younger slalom generation. We have missed his name on the entry list of the PWA Indoor windsurfing event in Poland and wanted to know, why he didn’t take part and anyway it was about time to catch up with the current leader of the PWA Slalom ranking. 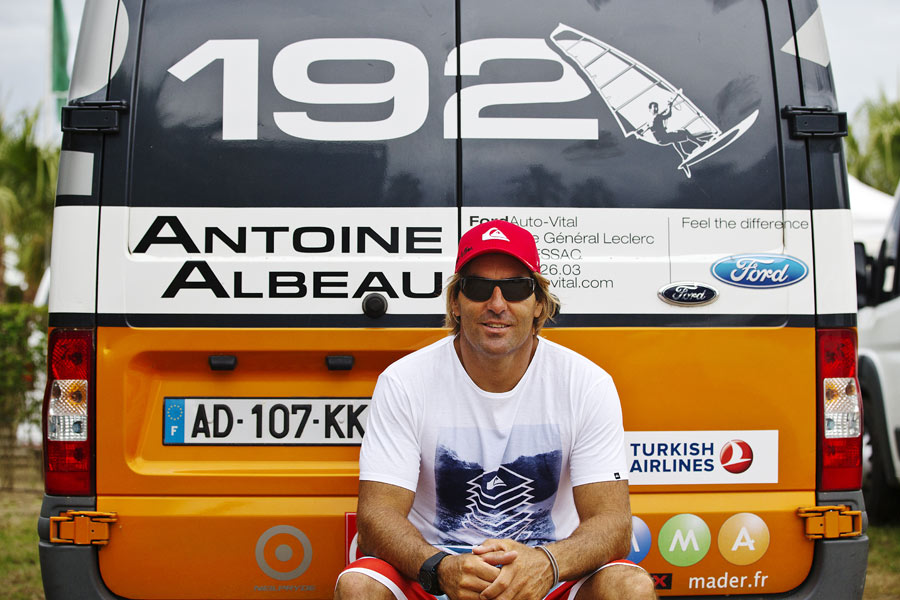 Continentseven: Antoine, we have missed you on the entry list of the indoor event in Warsaw. Wouldn’t it have been easy to earn some extra money?

Antoine Albeau: I think there is not much money in any competition. The reason is that it was too short for me to organize special gear and plus the PWA decided 2 weeks before the event to allow production boards only, what was a stupid decision. And then they went back to the open gear. So if we will have another one I will organize my gear for it.

Continentseven: Were you watching the action in Poland?

Antoine Albeau: I didn’t watch it live, but I watched some of the replays and saw some good action. I like it. It’s a very nice show, in jumping, freestyle and slalom.

Continentseven: You did a few indoor events in your career. Is it hard, even harder than it looks?

Antoine Albeau: Yes, I did a lot. I did all in France. In the last one I finished 2nd behind Robby Naish. It is super hard especially in slalom. I wasn’t putting the harness on as I was a bit heavy and I needed to pull all the time on the sail to go faster.

Continentseven: Does it work better for lighter riders?

Antoine Albeau: For sure, they can go full speed after the starting ramp and the heavy riders need to pump all the time to get acceleration. 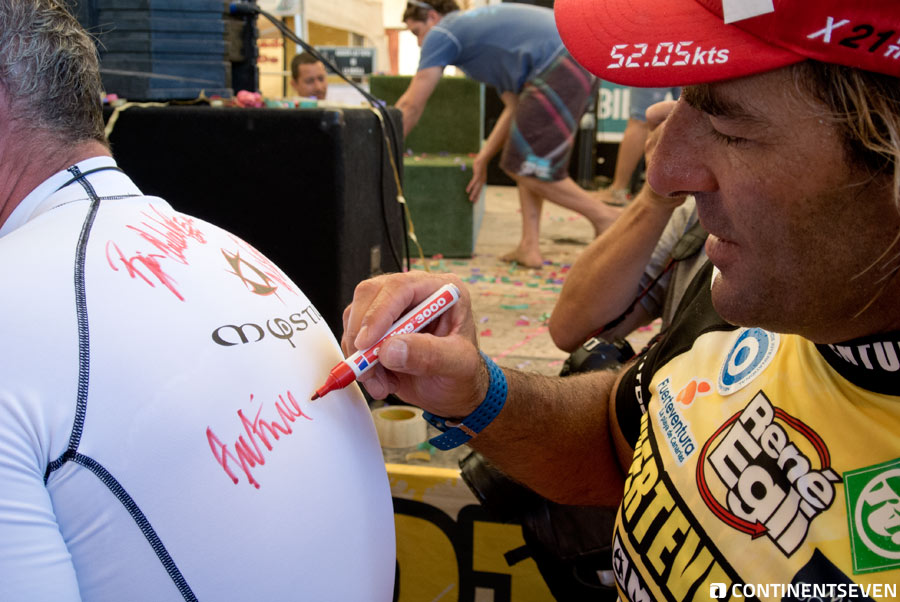 Continentseven: You finished 2nd at the last PWA Slalom World Cup in Alacati behind your friend and team colleague Julien Quental. It was a big fight and you had the chance to win till the last race. Are you happy, how everything went?

Antoine Albeau: Yes, very good. You know, it was a long time in the PWA since we did an event with a lot of slalom eliminations and with some wind. Fuerte and Alacati were great. So I like it, when we do a lot of eliminations. In the last slalom round I had a bad start and I couldn’t pass Micah Buzianis for the 4th place. This is life. Every heat is difficult. Julien Quentel was sailing good and he deserved to win the event.

Continentseven: After Alacati, you are back on top of the PWA slalom ranking. Happy about that?

Antoine Albeau: You know it wasn’t a desaster to have a bad ranking after Turkmenistan, this was normal, 2 time 1st and one last what do you expect? After the 4th event we get the discard. So I wasn’t really caring about that. I had to be in the top 10 to be back on the podium.

Continentseven: Who are your hardest opponents this season?

Antoine Albeau: Cyril Moussilmani, Pierre Mortefon, Matteo Iachino, Julien Quentel, Pascal Toselli. I think they are my principal opponents, then we see how many slalom we will do and in what kind of conditions we will compete.

Continentseven: You are getting older, but you are the only one of the 40+ racers, who can keep up with the younger racers. Why?

Antoine Albeau: Because I am still in good physical condition and I keep the motivation. Cyril is getting closer to the 40 also. You know I still feel like I am 20 or 30 years old. 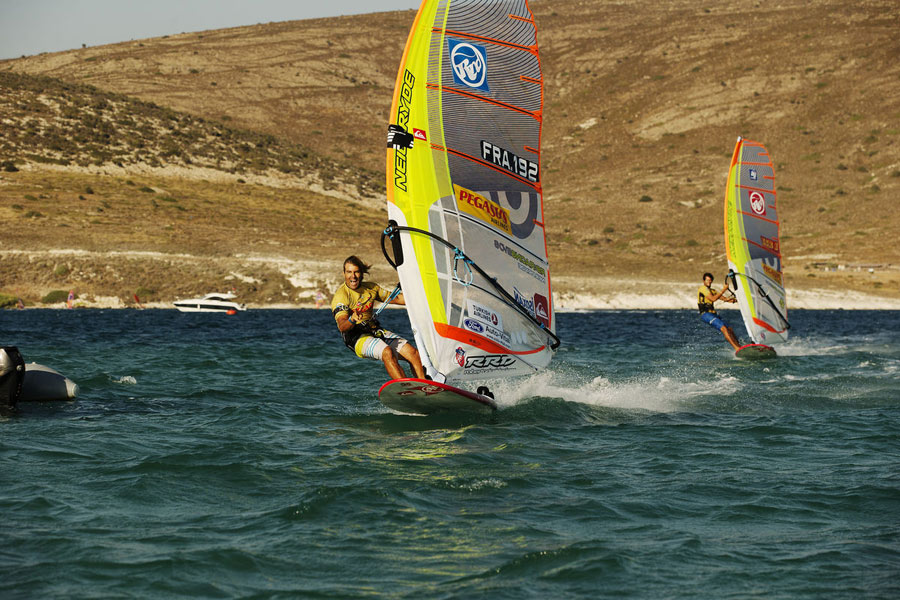 Continentseven: Is there an age limit in Slalom racing?

Antoine Albeau: For sure when you can’t move around the mark I think it is time to move on !!

Antoine Albeau: Yes I want, but I need to renew my board sponsor. So we will see!!

Continentseven: Your are the actual speed record holder. Will you return to Namibia this year again?

Antoine Albeau: No, no time this year. We have the PWA in France mid of October and the final Slalom event in New Caledonia mid of November. So I will skip it this year and hopefully I will join the event next year.

chris2018-05-30T01:55:04+02:00September 8th, 2014|
Subscribe
0 Comments
Inline Feedbacks
View all comments
This website is using Google Analytics. Please click here if you want to opt-out. Click here to opt-out.
0
0
Would love your thoughts, please comment.x
()
x
| Reply
We use cookies to ensure that we give you the best experience on our website. If you continue to use this site we will assume that you are happy with it.OkNoRead more