We just received an update from 15 year old Justin Denel, who won his first worldtitle in his young career.

On the 6th of August 2011, Justin became the first  WORLD CHAMPION IN WAVE UNDER 17 in front of Alex Vargas from Chile and Arthur Job from Brazil. Actually, this was the first youth wave worldchampionship organized by the IFCA for young wave riders below 20. The spot, where the competition took place is called Lobitos (Peru). The location works very well while the European summer and has endless lefthanders breaking. The spot is well known for surfing, but also works excellent for windsurfing.

We think it´s really cool, that events for windsurfers in younger ages are organized. Everyone can see that there are new faces pushing the limits, who will compete on the PWA tour or other top level events in some years! Congrats to all the young winners! 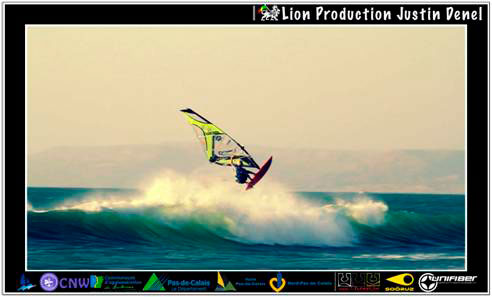 Justin Denel grabs the rail of his board while an aerial at Lobitos, Peru and secured his first worldtitle. 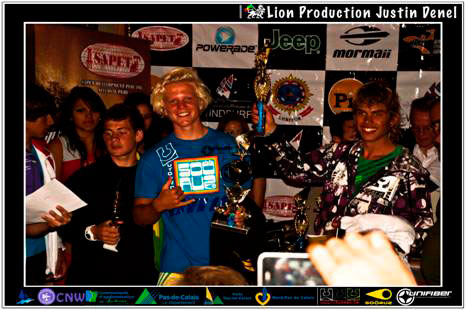 French Justin Denel, who dedicates most of the time on the water to wavesailing, took his first world title in his young career.

“I’m really happy and it was a beautiful moment, when I walked up on the podium. Outside the competition aspect, I travelled to a beautiful spot, a country to which I will return for sure. I also lived eight days with much of the best young wave riders from Latin America and it was an unforgettable week for me!
I thank all my partners UTOPEAK, SOÖRUZ, UNIFIBER and especially for this trip, all those, who have helped to pay the travel, my club CN WIMEREUX, the CAB of Boulonnais, the Conseil Général du Pas de Calais,and the CDV du Pas de Calais.” (JUSTIN DENEL; IFCA Wave Worldchampion under 17).