The IFCA Slalom Word Championships are over , which were on in Flecheiras, East Ceara, Brasil for five days. The spot delivered excellent wind conditions. Young French sailor Alice Arutkin dominated the ladies category and could win all rounds. Sylvain Moussilmani had an ok start , but got stronger and stronger and overtook Julien Quentel on the second last day and could win the title in the end. Alice Arutkin and Sylvain Moussilmani are IFCA Slalom Worldchampions. Congratulations!

5 ladies and 32 men were on the starting list. 3 ladies and 19 men did compete in almost all races. Alice Arutkin (Starboard/Northsails), who finished the 2010 PWA Slalom tour in 4th position, were sailing on another level in the very small ladies fleet. Monica Veras, who came in second position, had a close fight with Juliane Shelef, who finished in third position. 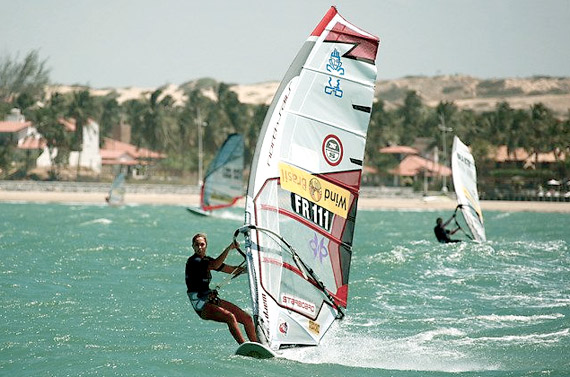 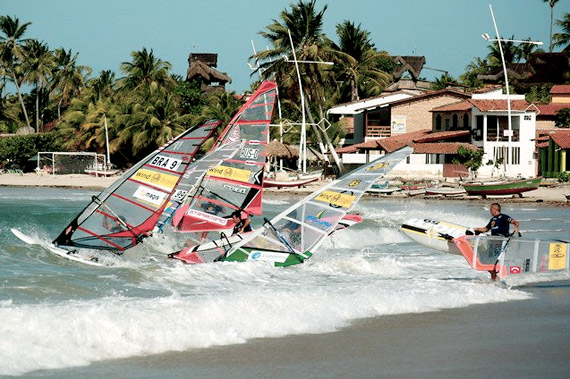 Gabriel Browne (Starboard/Northsails), Formula Grand Prix winner two weeks ago, started off extremely strong and took the lead after day 1. Julien Quentel (RRD/Neilpryde), the winner of the 2010 French Slalom tour and 11th on the PWA Slalom tour 2010, made it in the leading position on day 2. Sylvain Moussilmani (Starboard/Simmersails), ranked 7th on the PWA tour in 2010, got stronger and stronger and impressed with amazing speed. He overtook Julien on the second last day and could win the final 10th round as well. Steve Allen, number 10 in the PWA Slalom circuit 2010, just recovered from a back injury. He missed the PWA final on Sylt, but had his comeback in Brazil at the Fortaleza Formula Grand prix and took part in his first Slalom after the break here at Fleicheras. Steve, who used new developed sails – he is responsible for development and test of the Reflex sail – was in 3th position after the first day, lost some ground in the following days, but got stronger till the end of the event. On the final day the Australian could win elimination number 9 and made it in third position overtaking French sailor Antoine Questel on the last possible moment. Congratulations to the top 3 ranked sailors! 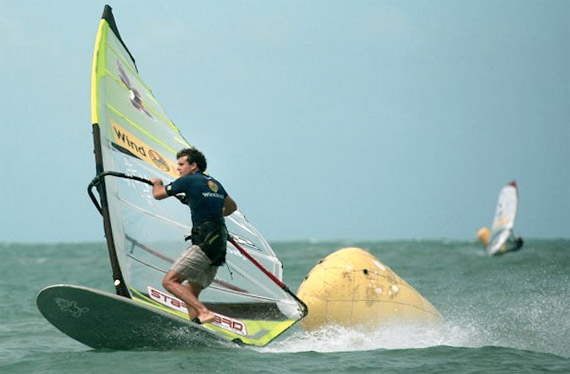 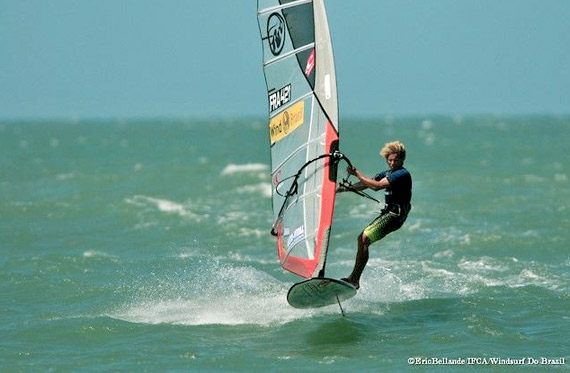 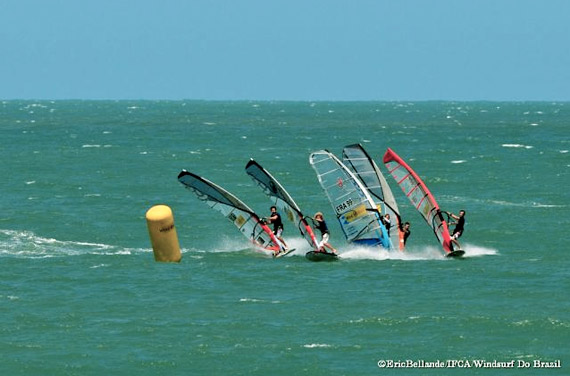 Watch the video from day 4 produced by Morlima: Sylvain Moussilmani could pass Julien Quentel on this day and took the lead.

cmon, french? u can do better then that questel