Yentel Caers wins his first PWA single elimination winners final against Amado Vrieswijk. It was a world class final with really high scores. Yentel received 167 points for his show and Amado 146 points for his performance. The Belgian landed 4 high scoring moves on each tack: a Pasko, a stalled Forward, a Shifty, an Air Flaka with two additional rotations or even a clean Air Chacho. On the way in he landed a double Burner, a Skopu, a Kabikuchi, a Culo or a Spock 540. Amado, the machine from Bonaire had a perfect Shifty, a Back Loop and a Burner on his way out. All the other moves on the way out were crashed. So the Bonairian obviously missed one scoring move going out. On the way in he landed a clean Kabikuchi, a Skopu, a Spock Culo, a one handed Burner and a Culo into Culo. Yentel again showed how much he has improved his level from last year to this year. Big congrats to both finalists, but as well to all the other riders, who put on a great show today! 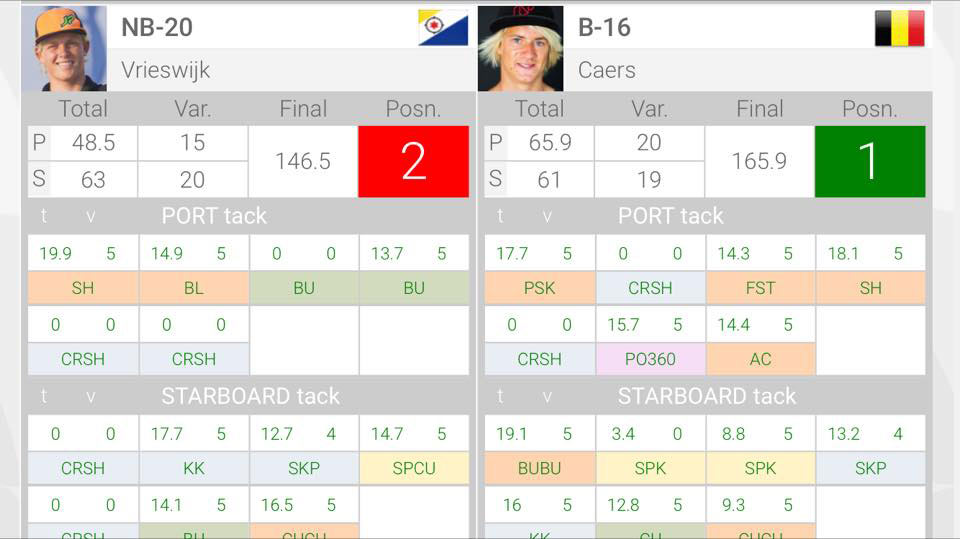