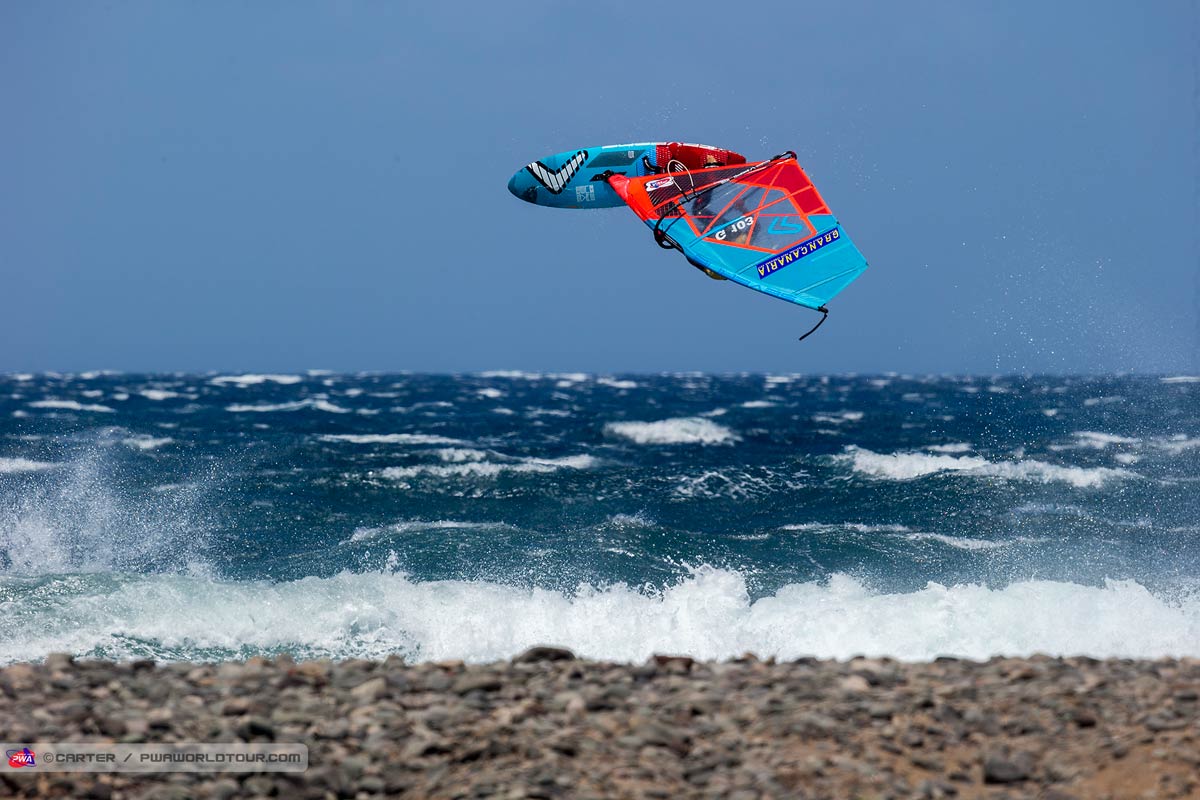 The other riders, who made it back into the top 12 riders through the double elimination were Alex Mussolini, Robby Swift and Marcilio Browne. Alex Mussolini had a big battle with local Josep Pons, Robby Swift had a very close heat, which caused a lot of discussions, with his team mate Jules Denel. For us Marcilio Browne was the best overall sailor. He selected the best waves and his jumping was great as well. 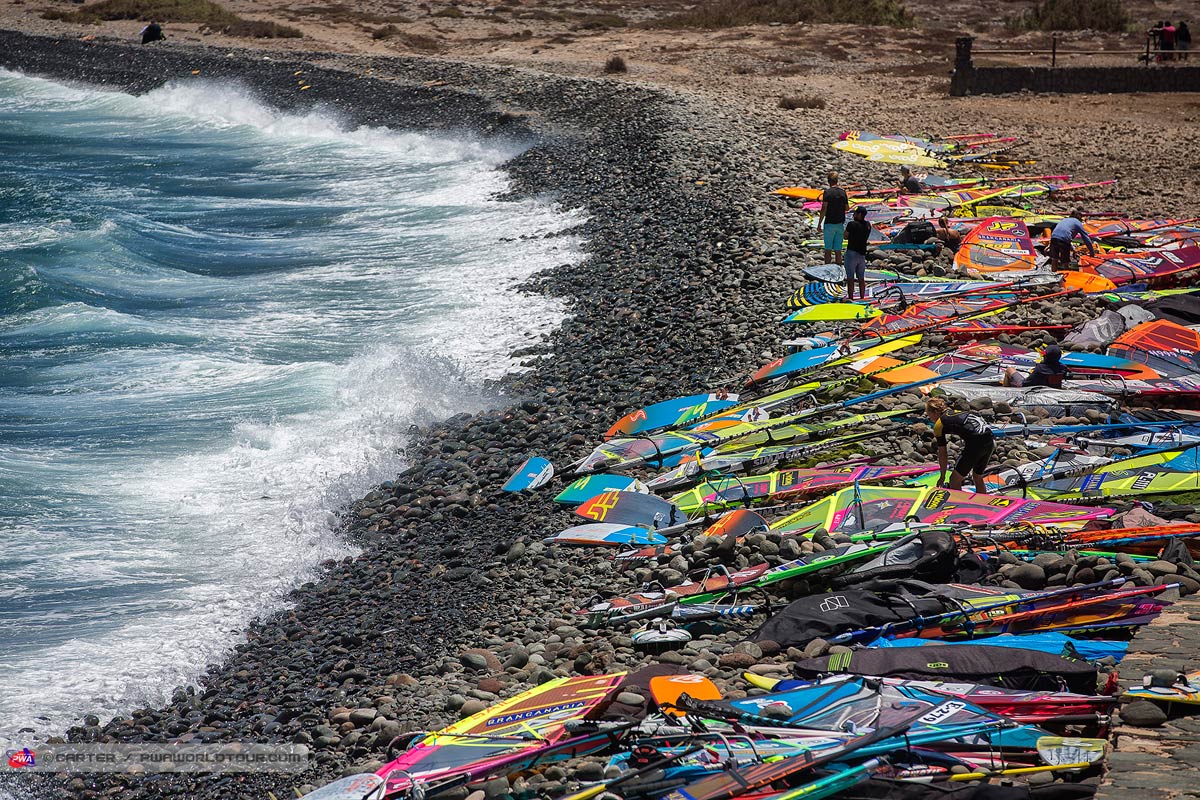 In the ladies Nayra Alonso, who has a comeptition comeback, and Greta Benvenuti are climing up the double elimination ladder.