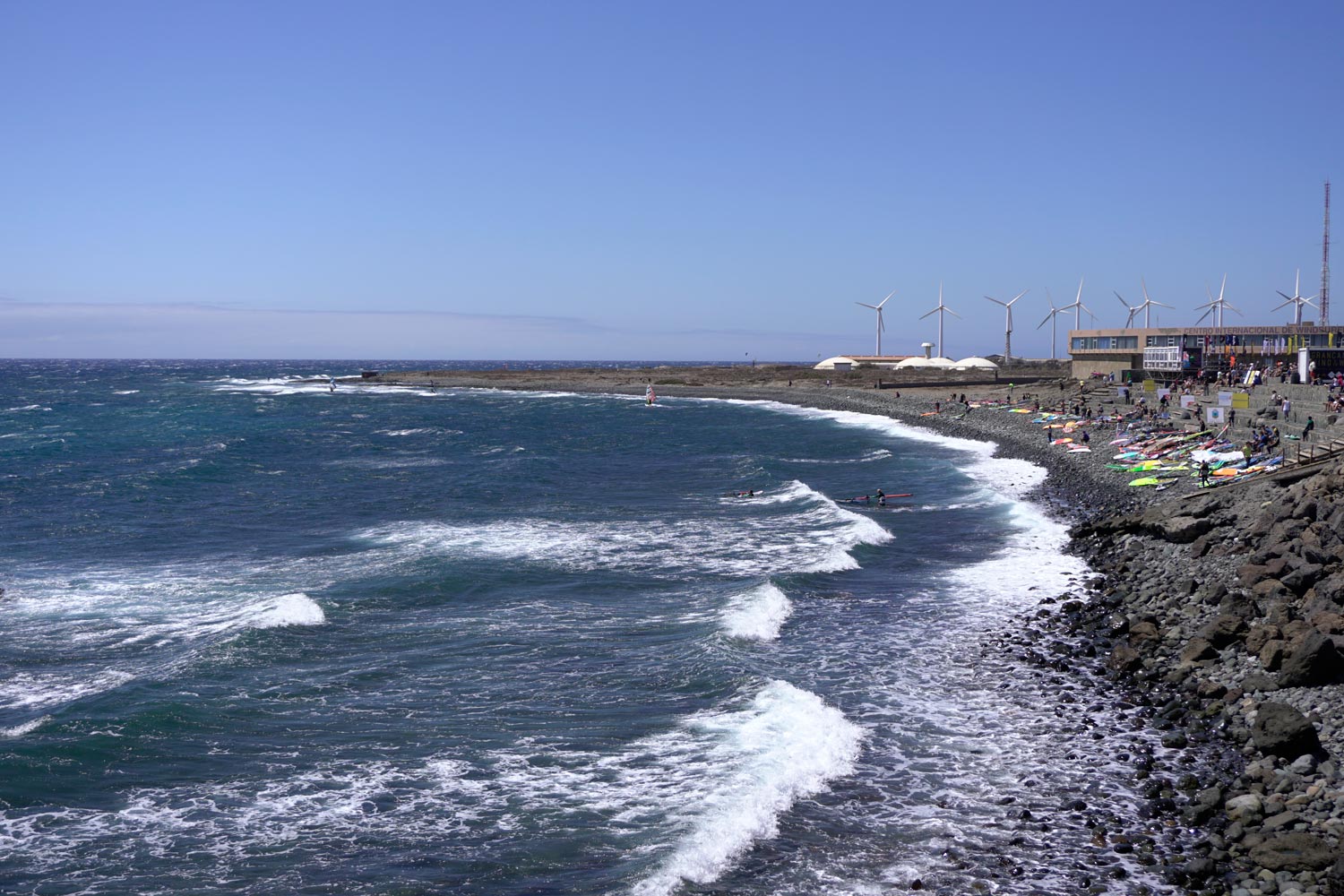 Which competitors had the highests scores?

Daida Moreno scored 21.25 points in her heat against Nayra Alonso, who had a comeback on tour. In the men’s fleet Philip Köster surprised with the highest score. 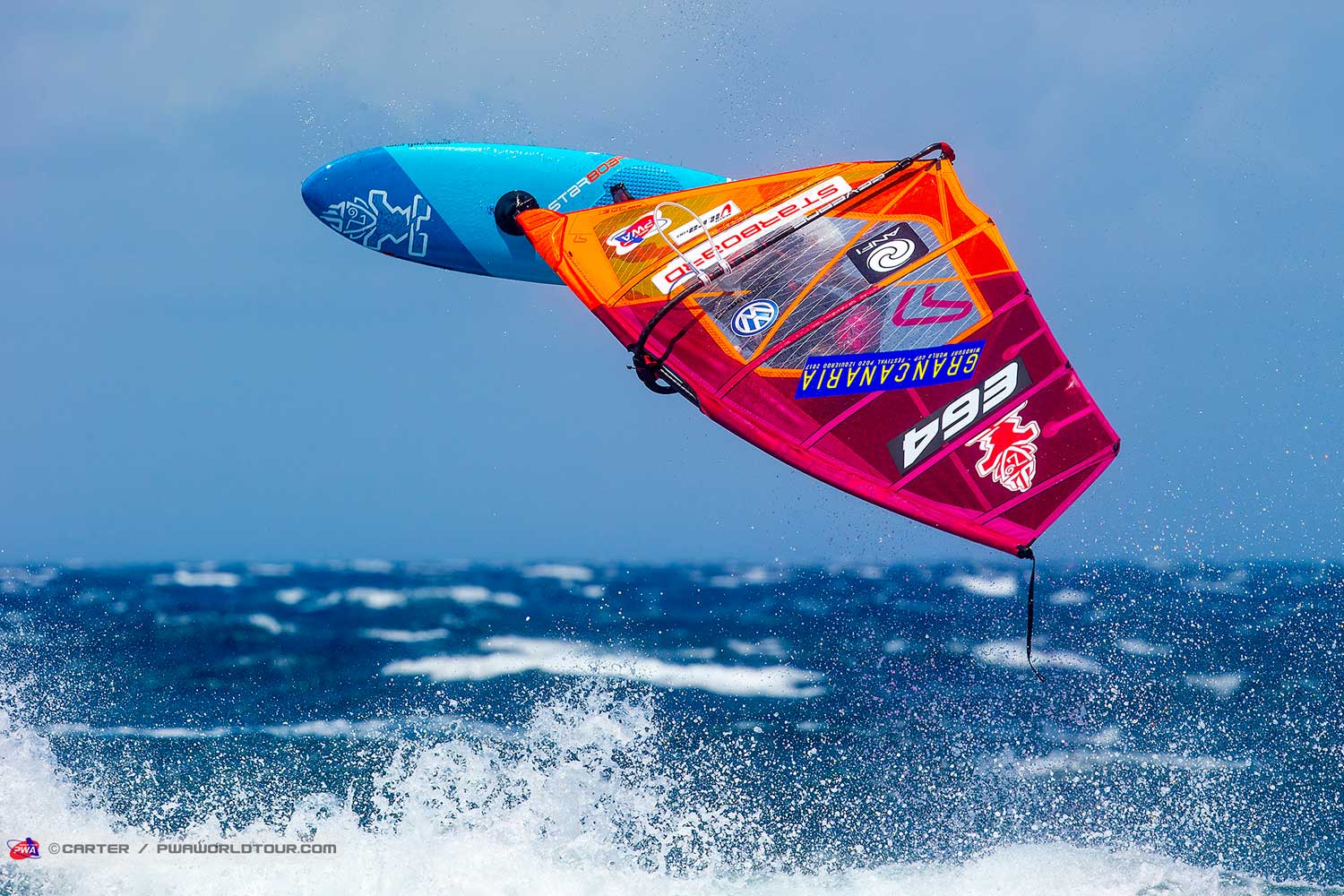 Daida is going strong and was able to ride the waves with a lot of power. She landed a great Forward and Back loops and she is definitely the one to beat at Pozo Izquierdo.

In the men’s fleet all eyes were on Philip Köster, who had his competition comeback. We did not really expect him windsurfing that well after his severe knee injury from 10 months ago. He is still using a knee brace to protect and stabilize his knee and takes it still a bit easy. He is not windsurfing with 100% but landed a 9.5 point Double Forward Loop and showed some good wave moves.

Any upsets or surprising results?
Local José Romero defeated Jules Denel in the first round. He landed a solid Double Forward Loop right in front of us and had the better wave rides. Dieter van der Eyken made it through the second round by defeating the radical local Josep Pons. Although it was very stormy and Josep is known for his strong wind skills, Dieter managed to come out on top. All other top names of the men fleet made it into the top 16. We can expect a firework of moves on day 2.

Tomorrow the skippers meeting will be at 10.00 and the first possible start at 10.30. The forecast for day 2 looks very promising with even more wind and higher waves predicted. There’s a good chance to complete the single eliminations of the ladies and men. Only 14 heats need to be completed. 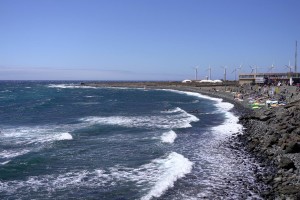 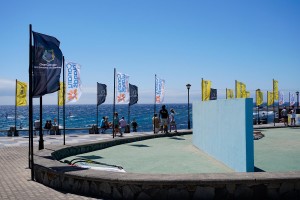 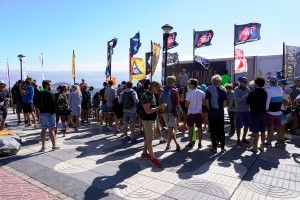 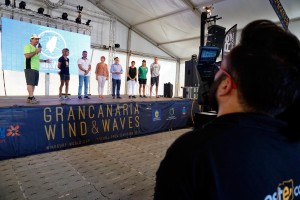 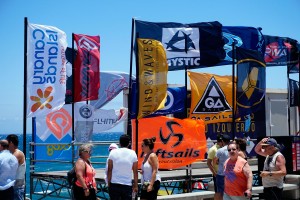 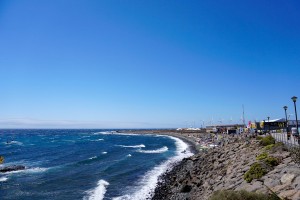 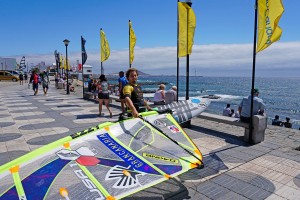 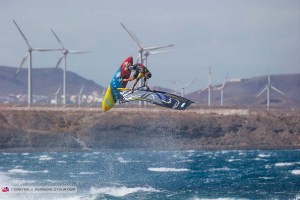 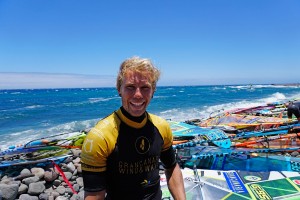 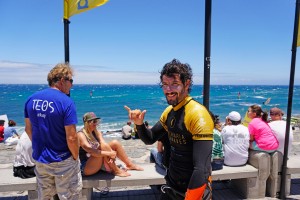 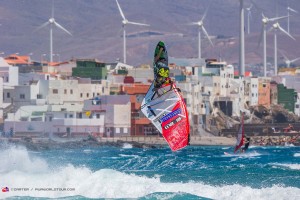 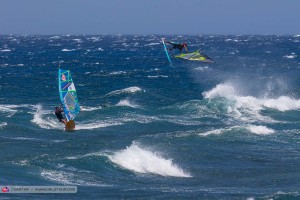 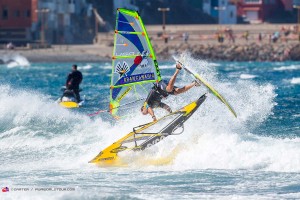 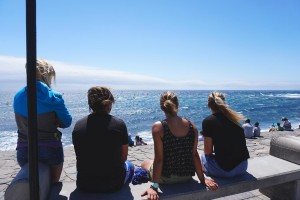