Once again there was a lot going on at the 2021 Mercedes-Benz Surf-Festival! 4 days of testing new equipment, meeting friends, spending time on the beach and in the water or participating at workshops and freestyle shows.

And like every year, a German Freestyle Battle was scheduled during the event days. The best female and male German freestyle riders again got the chance to show their skills in front of hundreds of spectators. Taty Frans, who just returned from the EFPT event in Rhodes, was the international rider, who challenged the German freestyle elite. Check out the video by Valentin Böckler below with Tow-in and Windsurfing action.

Unfortunately we were not able to compete officially, but we were able to make the Fehmarner Südstrand (South Beach) glow with a great Tow-In Show. We stay on stand-by for the next weeks and hope that the cold temperatures will stay away for a while. German Freestyle Battle organizer Valentin Boeckler

Winner of the Mercedes-Benz Tow-In Battle was Niclas Nebelung with a clean Air Funnell Burner. Behind him Julian Wiemar, who had actually quit his Tow-In career years before, could inspire the judges with a Culo for second place. Guest rider Taty Frans from Bonaire, who returned to the festival after more than 10 years, made it in third place landing a Burner Funnell. Lucas Nebelung made it in 4th and Foivos Tsoupras from Kiel in 5th.

Unfortunately the wind was on the edge to run a freestyle windsurfing competition on the final event day, but some GFB riders showed what’s possible in the choppy conditions of the South Beach on the island of Fehmarn, one of the most popular windsurfing destinations in northern Germany. 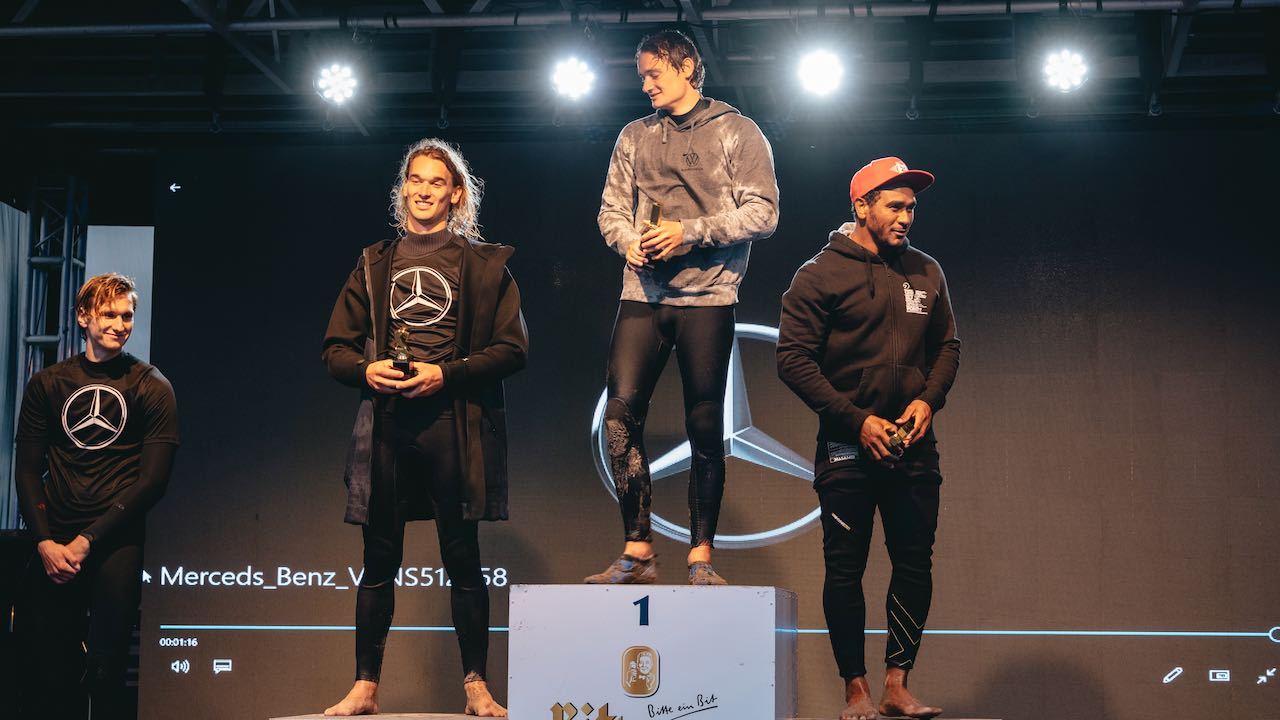 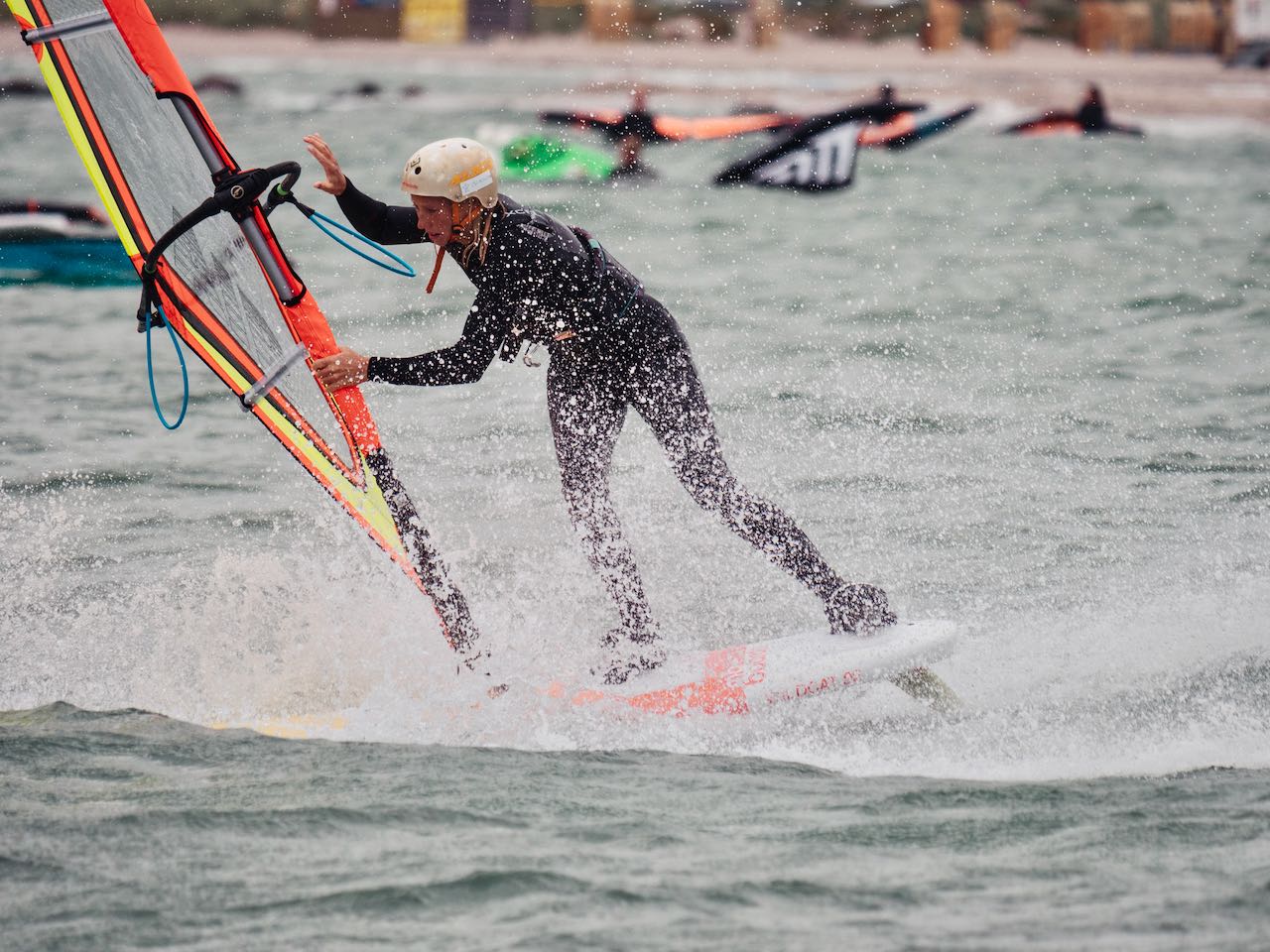 Lisa Kloster slides through a Spock at the Surf Festival 2021 (Photo by Valentin Boeckler).

It was also great that the best German freestyler Lisa Kloster and five other women registered for the GFB. There’s definitely a growth in the ladies freestyle scene and let’s hope for even more women in freestyle in the future. Pro wave windsurfer Lina Erpenstein showed her skills at her first freestyle battles, but also Elena Dominick and Lina Schmied landed Spocks and Flakas, which are already standard moves in the girls fleet. Even two South German “girls” with Nele Wallem and Jasmin von Reichenbach made the long way up to the north and landed their moves from classic jibes to sliding moves.

The German Freestyle Battles are organized by windsurfers for windsurfers. They take place successfully for more than 10 years. 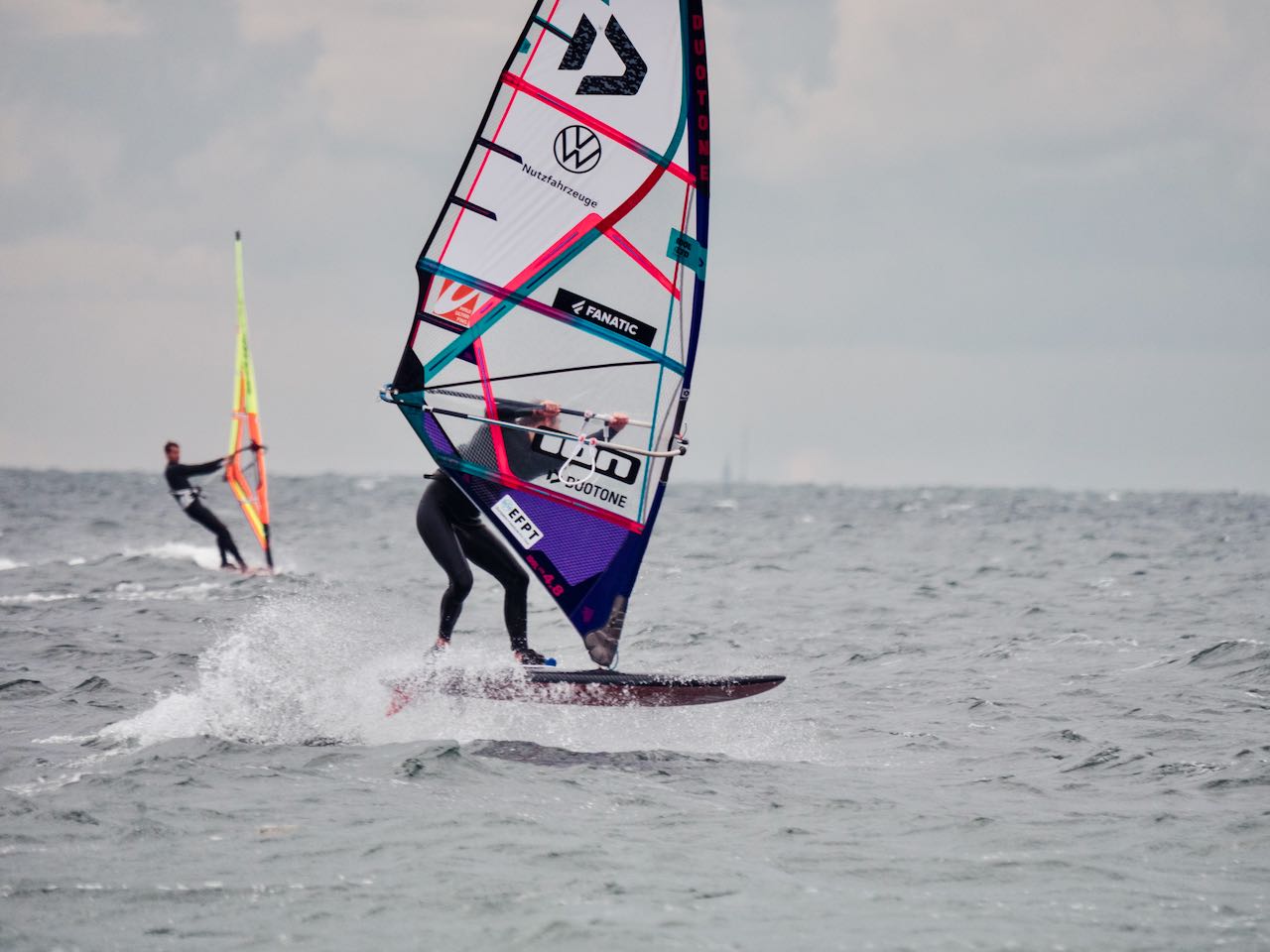 Niclas Nebelung with a top performance in the tow-in and in the windsurfing session (Photo by Valentin Boeckler).