The favourites for the victory of this event were Fabian Weber (GER-999) and Adrian Beholz (GER-888), who then really met in the final heat. In the end it was Adrian Beholz, who convinced the judges more, and he won the German Freestyle Battle 3.0. 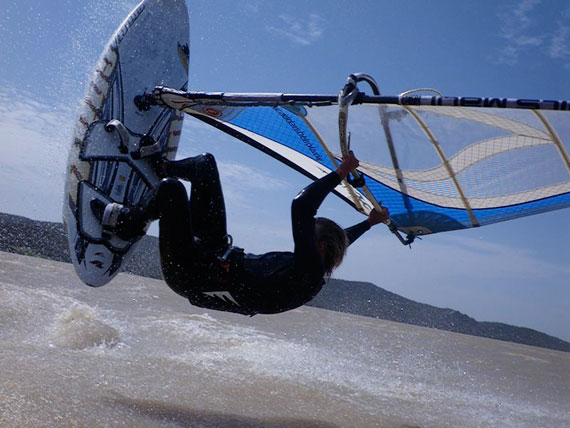 Adrian Beholz: “It is great to see so many young riders being motivated by these events. Many of them are still under 20, but they go full power. Although many of them, like Valentin Böckler, David Osietzki or Jannes Thomsen are not in top positions, they are showing freestyle on a high level. And they are the future of the German Freestyle! At the end, this is how it should be. A platform of the freestyle scene, where the fun is the most important and the young boys learn from the older ones!”

Fabian Weber: “Well I´m pretty happy with my second place at the German Freestyle Battle 3.0. It was my first competition in 2010 as I was concentrating on some other things like filming and photostories this year. I´m also trying to improve my wavesailing since a while because it´s super fun and I just want to be more a complete rider than just a freestyle guy… Therefore it´s super hard to battle it out against guys like Adrian who is concentrating more on the freestyle side. Anyway, the competition was good fun and I think it was a tough battle but in the end Adrian deserved the win. It´s cool that we have this kind of events and I´m already excited about the next battle…”

Video from the German Freestyle Battle 3.0

© filmed and edited by Valentin Böckler

awsome 🙂
whats the middle song?
the end credits are incorrect