Day one at Sotavento had an early skippersmeeting at 9:30, which paid off. Race director Juan Aragon and event organizer René Egli had the mission to go for three eliminations. Strong wind and a quick organisation made the plan possible! 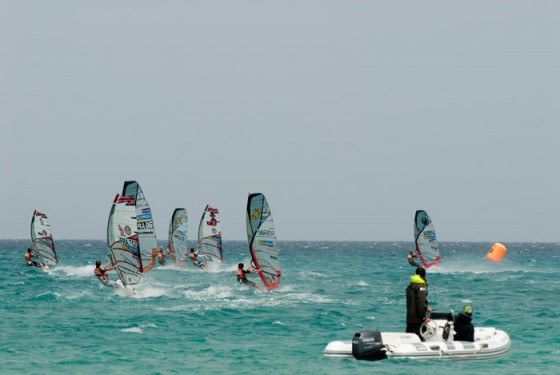 The first elimination got started at 10:00 in 18 to 23 knots of wind. Most of the sailors were on 7,0 m sails to 7,8 m. Antoine took the victory and was followed by a strong sailing Cyril Moussilmani and Finian Maynard, who had massive speed, but a not perfect start. 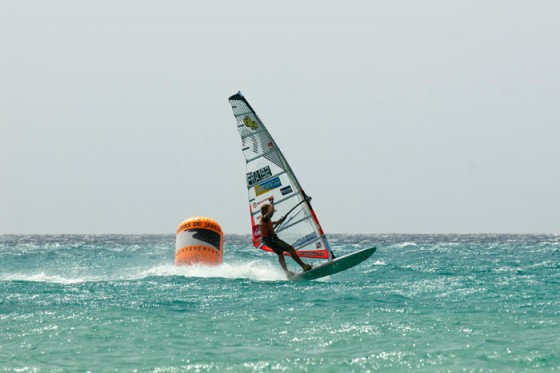 Around 12.15 the second elimination got started. The wind picked up to 20 to 30 knots and most of the sailors were on 6,0 to 7,0 m sails and their smallest Slalomboards in between 80 and 95 liters on the course. In the winnersfinal Antoine Albeau made a massive catapult on the first leg. Dunkerbeck also crashed at the first jibe mark. Ross Williams took the lead, but his hardest contender, Cyril Moussilmani overtook him and could win the second race. Maynard came super close to Williams on the last downwind leg, but could not catch him. “I had a not perfect start for the second time”, he told us. Cyril had incredible speed and impressed with the most perfect jibes. 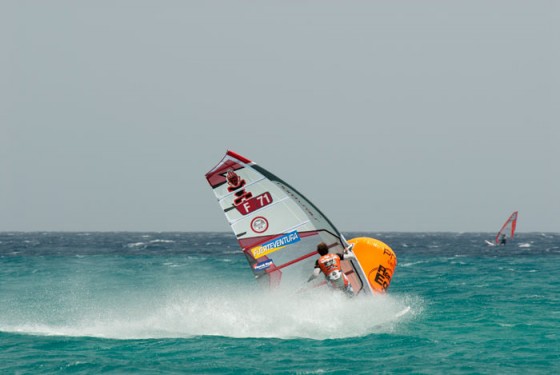 At 14:40 the third elimination of the day was on the way. The wind was changing its strength and the riders had a hard time to choose the right sailsize. Plus on the first leg there was a long extra downwind leg, which needed definitely the right sized gear to keep the speed. Sometimes it was so strong, that the heavy sailors could use their smallest sails around 5,5 m to 5,7 m. Most of the favourites stayed on their 6,0 m to 6,3 m. All the topnames made it to the final except Finian Maynard: Micah Buzianis, Björn Dunkerbeck, Antoine Albeau, Cyril Moussilmani, Benoit Moussilmani, Cedric Bordes, Ross Williams and Kevin Pritchard. 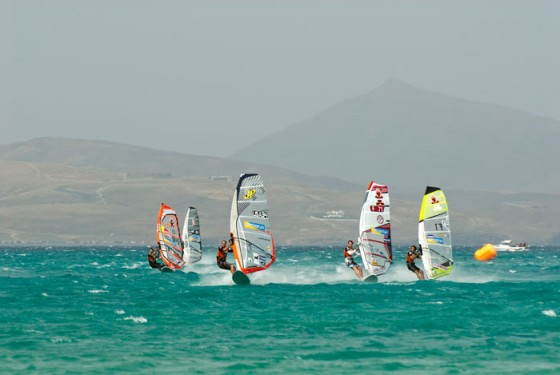 Micah Buzianis in the lead

Micah Buzianis had a great start, several meters in front of Cyril and Antoine. The very experienced racer from the US kept his speed on the deep downwind leg and also through the whole course. Antoine and Cyril had a hard battle for place 2, which got won by the worldchampion. Cyril secured his safe lead on day one. Day 2 should bring the first discard – after 4 eliminations the worst result will be discarded, which could change the result a bit.

4 riders made it to all finals on the first eventday: Cyril Moussilmani, Antoine Albeau, Kevin Pritchard and Björn Dunkerbeck. 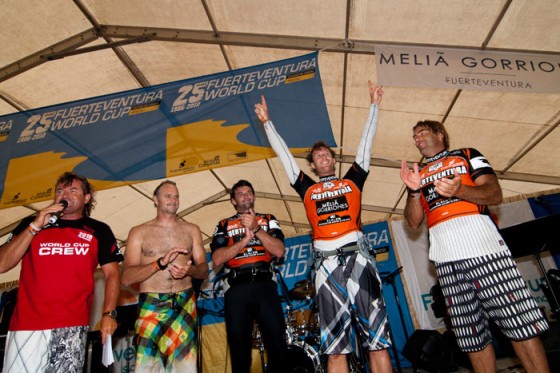 At 16:50 the racing for day 1 was over and the top 4 names of day one got presented to the hundreds of enthusiastic visitors at the eventtent, which is located directly at the beach. Nice Samba rhythm, performed by a group of musicians from Gran Canaria, welcomed the best riders of the day.

So far the PWA Slalom event at Sotavento is a huge success. We can´t remember so many people watching the action and enjoying the beachlife from the last years. Tomorrow, on Sunday, the organiser even expects more visitors. 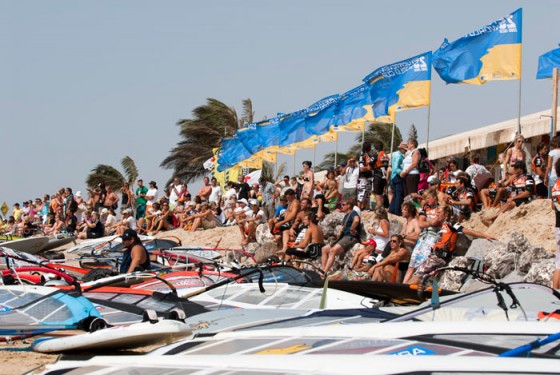 The skippermeeting for tomorrow is scheduled for 09:30 again and again 3 races are planned!