The seventh day of the Fuerte Wave Classic welcomed the riders with dark heavy clouds in the early morning. Nobody thought, that any action could happen later that day. But the sun broke through and at 14.00, while the third skippersmeeting of the day, Orlando Lavandera announced that all competitors should drive to Cotillo. Thomas Traversa were already riding the masthigh waves there in very light wind conditions. He already had scored 3 good waverides, when the rest of the FWC troop arrived at Puertito. 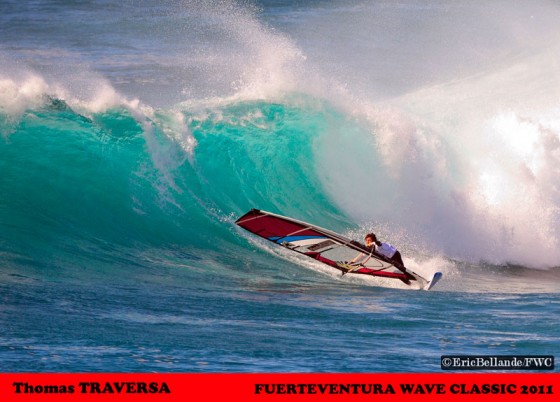 Local waterman Stephane Etienne was the first one, who followed Thomas. He decided to choose the SUP this afternoon and could score big with impressive rides. On his final wave he got almost smashed on the reef and broke his favourite SUP gun. “I had some nice rides. It was a good day. But unfortunately I have to repair the board quick. And I really hope, that we will get some stronger wind while the  upcoming days, that I can go out on the windsurfing gear!” 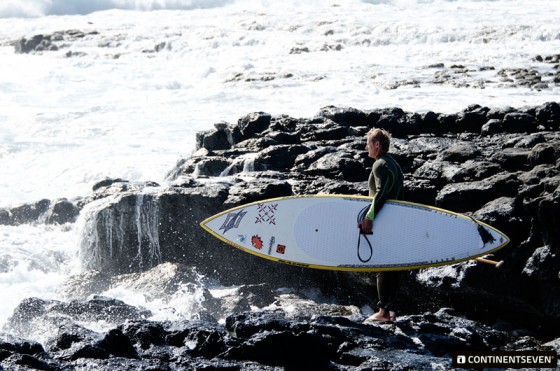 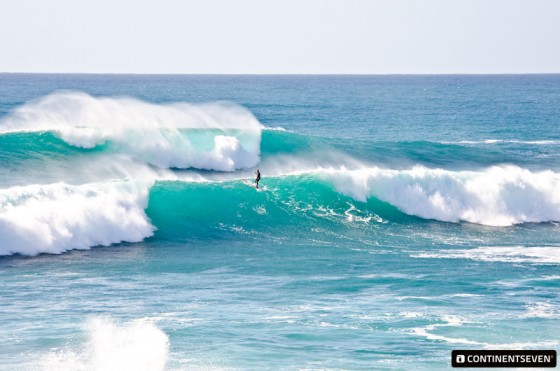 Big respect to Stephane, who took a lot of risk to deliver a good show for the cameras and the spectators, who were lined up on the cliff of Cotillo.

Local Yannick Anton also made it out, but the wind dropped totally and it was almost impossible to catch any waves with the windsurfing gear. But both of them could place themselves on the right place of the waves, that they were able to catch some waves. Thomas had an excellent ride, but got caught by the white monster and broke a mast. Luckily one of the jetski riders picked him up in the impact zone and drove him back. Just with the help of the guys on the shore and a bit of luck Thomas could save his gear without any extra damage. It was extremely difficult and a hard fight at the same moment, to get the broken rigg with the broken mast out of the water, which sucked the sail consequently down under the surface. 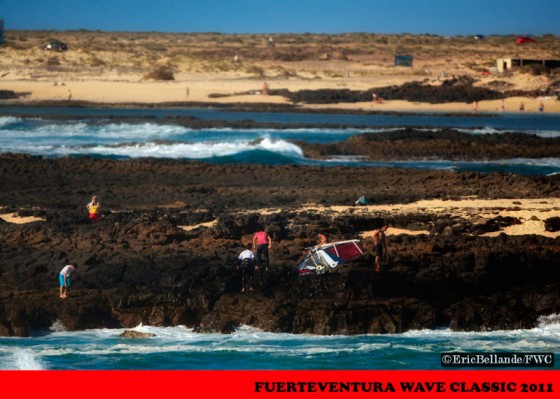 Yannick could not make it back to the little bay, where he had launched. So he decided to de-rigg  on the water and paddle back in to the protected harbour of Cotillo.

In the end the topnames from Gran Canaria, Dario Ojeda and Jonas Ceballos, decided to go for a tow-in session. Both had nice rides in the massive swell, which grew while the late afternoon. 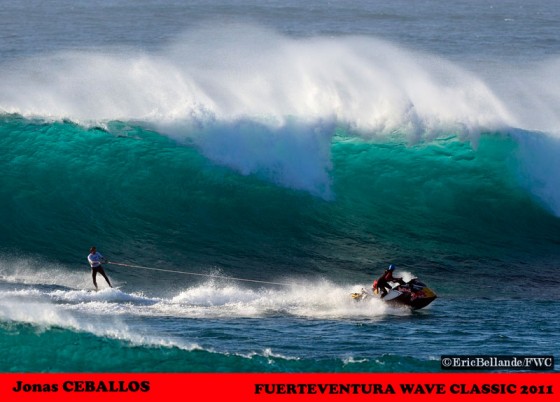 Tomorrow the 3rd FWC beach cleaning together with Clean Ocean Project is scheduled for 11.00 at Majanicho beach.

Later on a session at Majanicho or Puertito could take place. Keep your fingers crossed, that there will be enough wind to run windsurfing action at any spot.

Thanks a lot for your work on this event! Just hope that wind’s coming up tomorrow…
See you on the spots. Fred/Utopeak