The Fuerte Wave Classic 2011 is over. The event saw no result and no winners, because there were no official heat sailed while the 10 days of competition. The reason for this was the wind, which did not blow strong enough for he most of the time. The event saw massive waves, double masthigh at Puertito or even higher, but the strongest average wind wer 15 knots probably and most of the time 10 to 12 knots.

Although the conditions were on the limit, most of the competitors made the best out of it. We would like to report about some highlights.

Yannick Anton (29): Yannick lives on the island, has a lot of experience in competition and proofed, that he has no fear. He took a lot of risk at Puertito, sailed deep down to the bottom of the wave and carved perfcet turns into over double mast high waves. He also scored big at Entubadera and impressed us a lot. He is an extraordinary great sailor and was the first one, who landed a double forward while an indoor event at the boat show 2006. 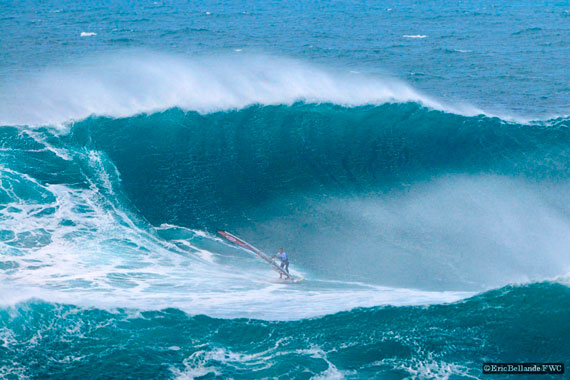 Thomas Traversa (25): Thomas knows the North Shore of Fuerteventura very well and definitely came this time to ride the biggest waves possible. He fully was focused on Puertito. On day 5, the scary spot worked for the first time, he sailed out through the massive white water, but made a fault sailing to far inside when preparing his first waveride. He destroyed a rig and had to leave the water over the massive rocks. But he had a great comeback on day 7: he made it out at Puertito again and could ride some massive waves in very light wind conditions. In the end a big monster took him down and he crashed a mast, but could save the sail with the help of the jetski rider. He climbed out over the rocks again! On day 9 he took a lot of risk and tried to make it out in an upper located bay of Cotillo to make it into the breaks of Cotillo. But his extensions could not resist the big white water walls and broke. On the 17th he outperformed everything he did so far and climbed over the harbourwall of Cotillo and jumped into the Atlantic ocean, while 10 meter high waves crashed into the wall. Tom Hartmann gave him the necessary support on the cliffs. So he made it out first and could ride some perfect waves due to the reason, that the wind was a bit stronger. When he finished the session Thomas just sailed into the little bay of Cotillo and carved some turns into the breaking white wtaer just in front of the 20 meter high rocky vertical cliffs. Respect Thomas! 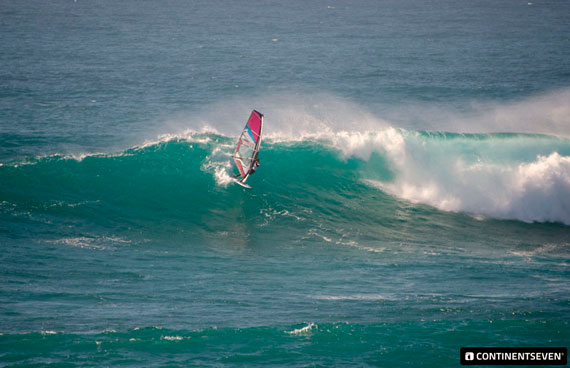 Albert “Mandrillo” Ferroni  (42): He has a loft in Cotillo, is 42 years old,  lives next to the village and knows the spot of Puertito very well. On day 5 he scored big at Puertito and had some big rides. When the organisation decide to leave the spot and continue the event at Entubadera, Flag becah, Mandrillo was still out there on the water. And luckily the jet ski rder on his jet ski as well. Albert was to far on the inside and a massive set arrived. He took the wave, could start a ride, but got overtaken by a huge white water lip. He crashed hard, lost the gear and got dragged into the narrow rocky bay. The whole sail broke into peaces. The jetski rider grabbed Albert and drove him back into the little bay. The Italianhas 16 year sof experince at this extremely dangerous spot, but crashed and got rescued for the very first time by a jetski. 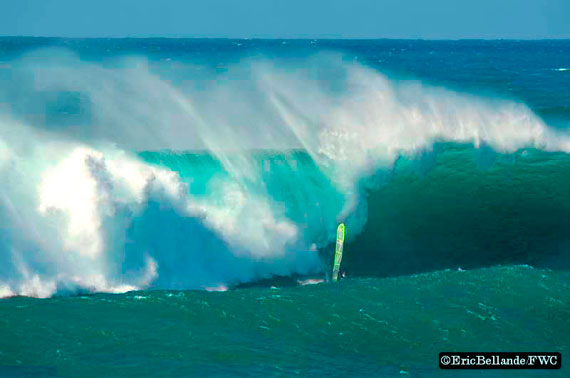 Mikey Clancy (20): The Irish top wavesailor had a comeback in the competition scene after a long break from an ankle injury. He arrived already more than two weeks before the event got started and convinced in many different conditions. And on the 10th day he made it out at Puertito without the help of the jetski. The 20 year old wave expert crossed the white water, had a perfect balance and timing and had big rides out there together with Thomas Traversa, Yannick Anton, Stephane Etienne and some more. Big respect Mikey! 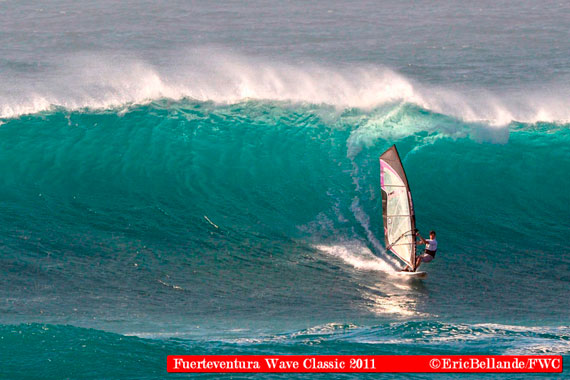 Stephane Etienne (44): As one of the most experienced locals he was not only competeing, he also was part of the sailors commitee, who decided about the timemanagement, spotchoice and discussed many more decisions togehter with the organiser Orlando Lavandera and Dario Ojeda and Iballa Moreno, who both were also in the race commitee. Stephane impressed as a very complete waterman. He took a lot of risk on day 7 and went out on the SUP in almost double mast high breaks at Puertito. He scored some great rides, but got washed by a massive set and broke his board in the nose twice. In the last session of the vent he also had a great ride on the windsurfing kit at Puertito, although he was the last one, who made it out on the water due to the difficult timesitution. There was only one jetski available to drag the sailors out to the peak. 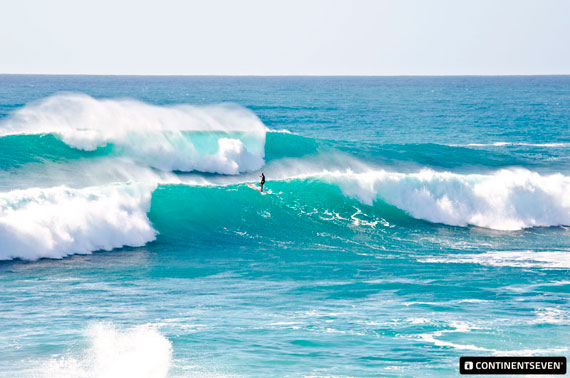 Dario Ojeda(31) and Jonas Ceballos(28): Gran Canaria local Dario did a good job as a member of the race commitee, had some great rides at Entubadera and decided to go for a tow-in surfing session on day 7 at Puertito. He proofed that he is not only well experienced on the windsurfing equipment and also can perform great on the tow-in board. The training in Galdar, Gran Canaria helped the top PWA wavesailor – 2010 ranked in 10th position – to ride some big monsters at Puertito.

His fellow countryman Jonas Ceballas, who was ranked in excellent 9th position in the 2010 PWA Worldtour, decided to ride some waves on the tow-in board on day 7. And he did great! He surfed deep inside the big steep waves and took a lot of risk. We could see th eadrenalin in his eyes and whole body, when he was back on the beach.

Björn Dunkerbeck (41): The 40 times worldchampion joined the event for 4 days and sailed at Caleta on the Norh Shore, where he got some of the best sets and a day later at Entubadera. He proofed that he is still on fire in the waves, despite he puts the focus on Slalom racing and Speed sailing since several years. Let´s hope he will be on board at the next years Fuerte Wave Classic.

Girls Power: We saw 6 girls participating in the this years Fuerte Wave Classic. Daida and Iballa Moreno, Nayra Alonso, Nicole Boronat, Fanny Aubet and Alice Arutkin. The top PWA wave sailors Daida, Iballa and Nayra could proof, why they are training wavesailing for many years and took the top places while the past seasons. All girls sailed at Caleta at the North Shore and most of them at Entubadera, where the waves had logohigh sizes at the best time. And we bet, if there would have been a bit more wind at Puertito, we would have seen some girls out there.