Morgan Noireaux and Flora Vergnolle are the winners of the first IWT wave event in Barbados. The event was held from May 31 till June 5, 2017 and brought a few names of the international wave sailing scene to the Carribean island, where Brian Talma, deAction Man, lives.

It all came down to day 5 of the Barbados Waterman Festival, June 4th. Brian Talma’s home spot Silver Sand got good conditions despite torrential down pouring white squalls during the morning hours. Suddenly the clouds parted, the sun appeared and the wind began to howl. With a long 18 minute heat, everyone got plenty of wind, waves and jumping opportunity. In the amateurs division it was Jonathan Pooley who took home the big win with excellent wave selection and slashing top and bottom turns.

Next up was the start of the professional division. With the repechage bracket format, all riders got a chance to sail at least twice. Advancing through to the semi-final from the first round included Bernd Roediger, Morgan Noreaux, Russ Faurot, Kevin Pritchard, Brian Talma and Gollito Estredo. The repechage round found Airton Cozzolino from Cabo Verde, Jules Forli from Guadaloupe, and Stefano Porcu from Italy battling it out to advance through to the semi-final. World Champion kite boarder Airton made a valiant attempt showing his versatility as a waterman, but it was not quite enough to advance.

The first semi final of the pro division included Bernd Roediger from Maui, Gollito Estredo from Venezuela, Jules Forli, and the local Action man; Brian Talma. Unfortunately Bernd had bad luck with his board breaking in half at the start of the heat after landing a massive forward rather flat. He spent the rest of the heat trying to nurse the board back to the beach. Brian sailed his best of the entire day during the semi final taking the heat win. Gollito also advanced to the final with the best jump of the heat cleanly landing a push loop.

The second semi final of the pro division saw Maui riders Morgan Noireaux, Russ Faurot, Kevin Prichard and Italian rider Stefano Porcu match up in the continued wind and waves. Maui riders found it interesting to compete in port tack on shore conditions. Kevin and Morgan both advanced to the final with massive back loops.
Excitement rose on the beach for the final of the professional division. Brian Action Man Talma had a blast in his own backyard at Silver Sands competing with the pros from all over the world. Pritchard pulled his trademark one handed, one footed back loop. Gollito brought the highest jump score of the heat with a massive cleanly landed Air Chacho. Morgan Noireaux lifted his game selecting the best set waves, nailing multiple critical hits to take the win at the first ever IWT Barbados Waterman Festival. Brian got 4th in the pro finals, but took the win in his back yard for the Masters division of the event.

The women’s division saw Canadian Cecilia Tolley suffer a laceration on her foot in the first heat, but charged straight back out for the final with a smile on her face. Tour Director Sam Bittner from Maui showed her ability pulling out the win in the first heat, but falling to eventual champion Flora Vergnolle in the final. Flora displayed excellent skills in selecting set waves and landing big floaty airs to take the win.

Celebrations for completing both the Beach Culture World Tour and the inaugural International Windsurfing Tour in Barbados kicked off at deAction Bar & Grill right at sunset. Rum punch was flowing and original Action paintings were handed to all top performers. Dancing and music filled the air well into the evening. 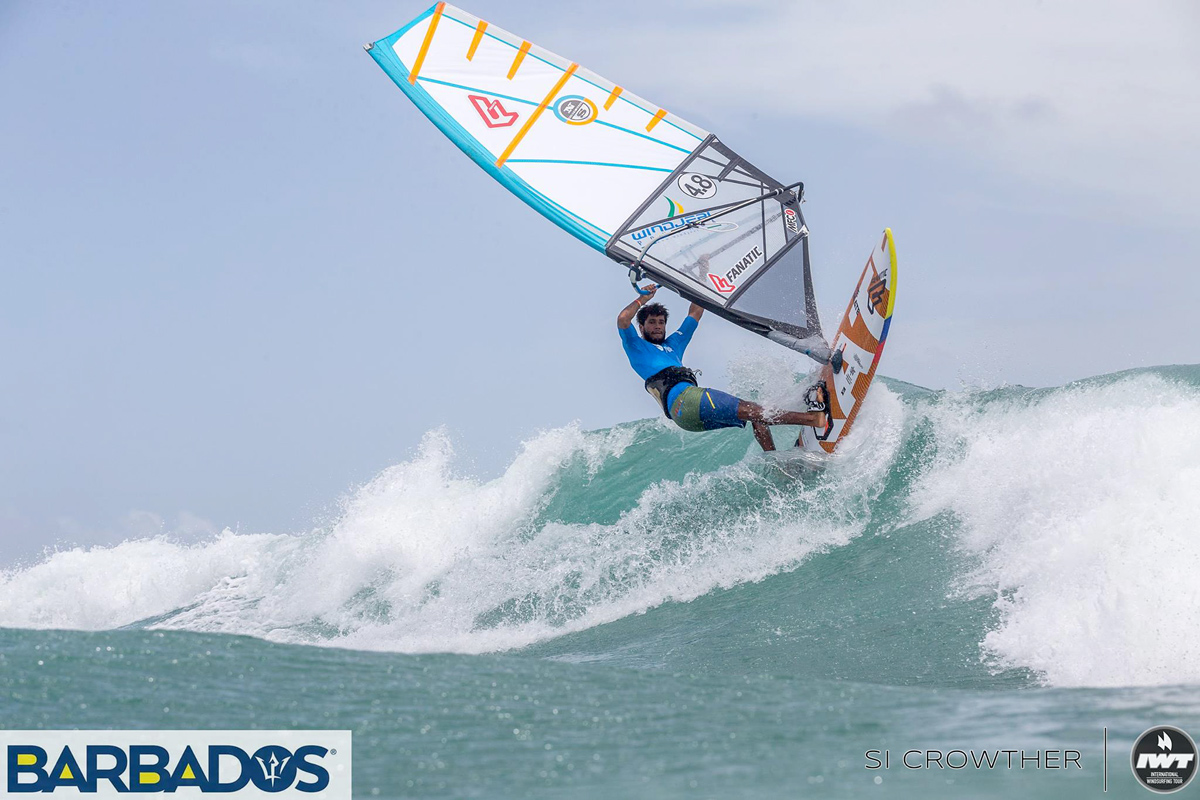 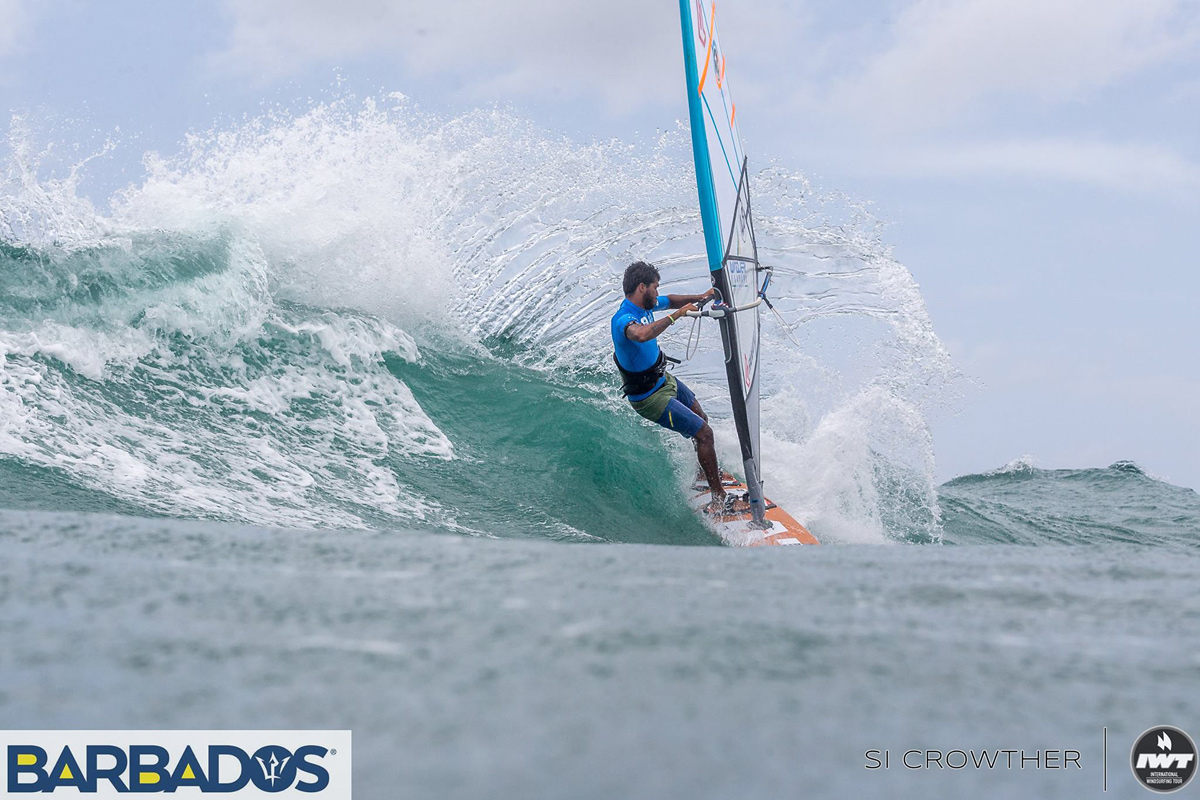 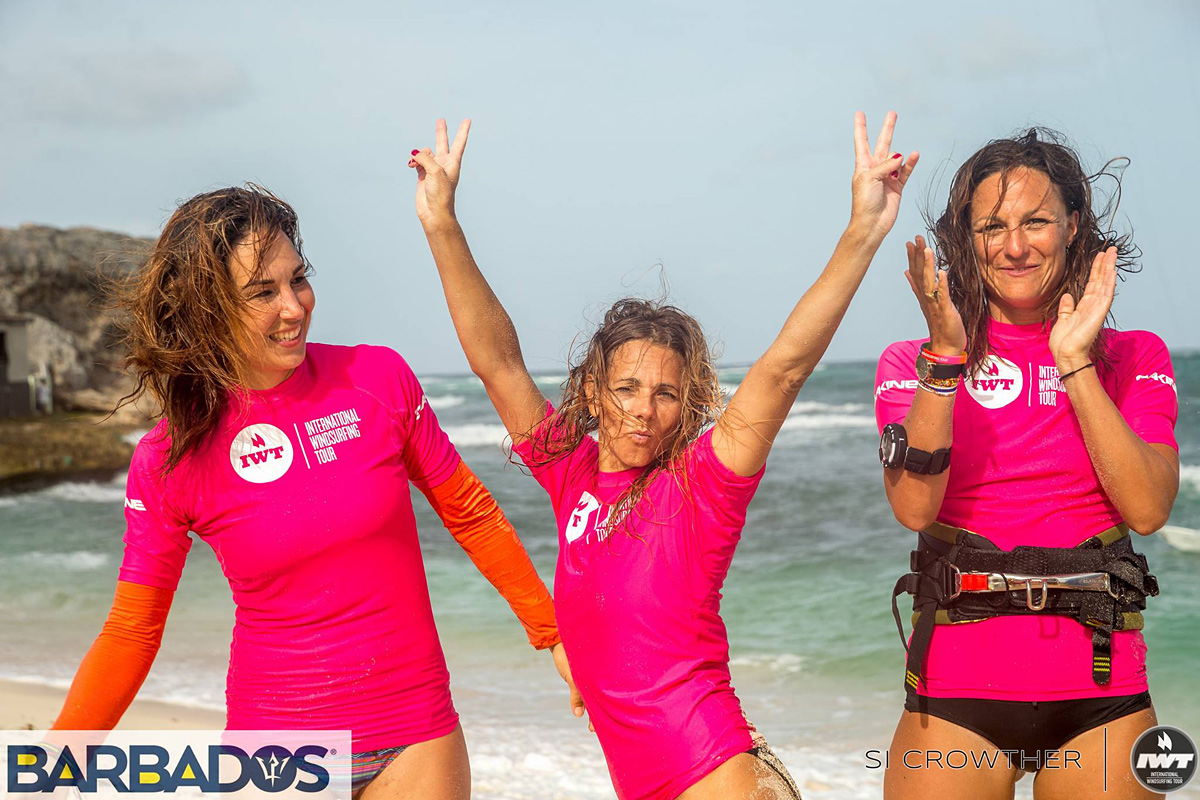 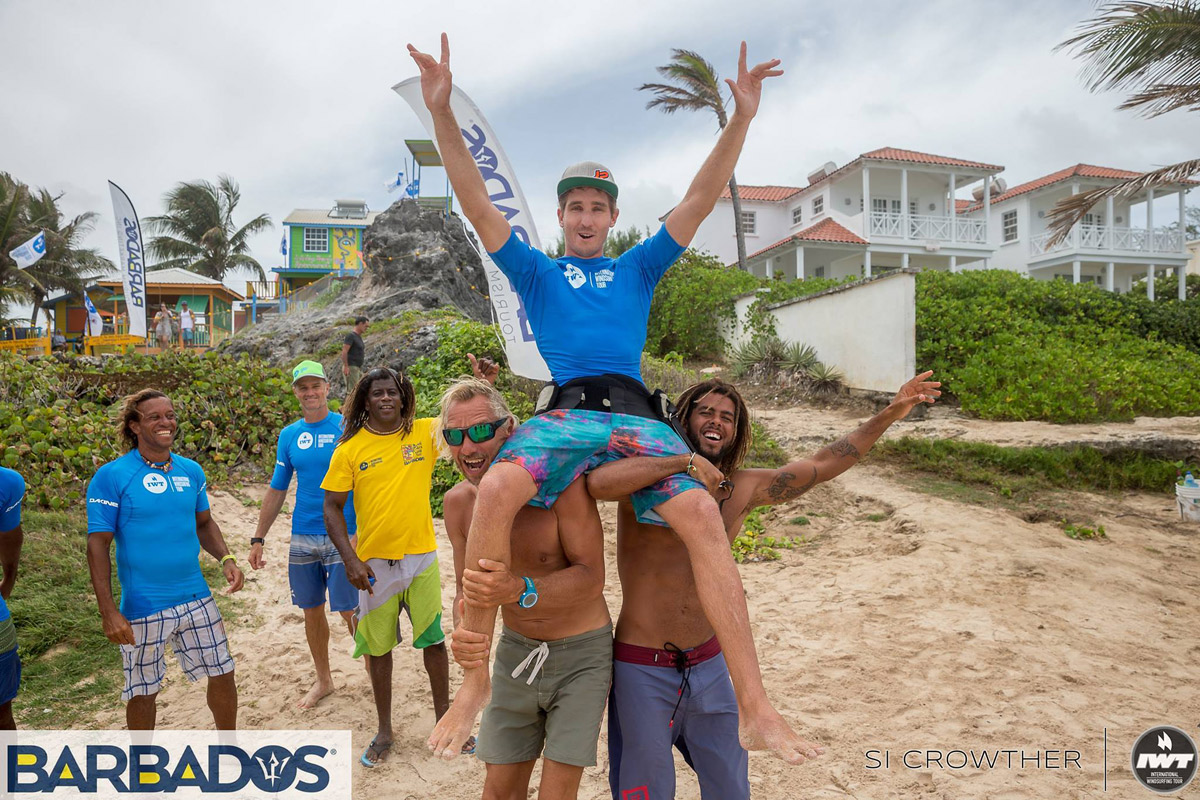 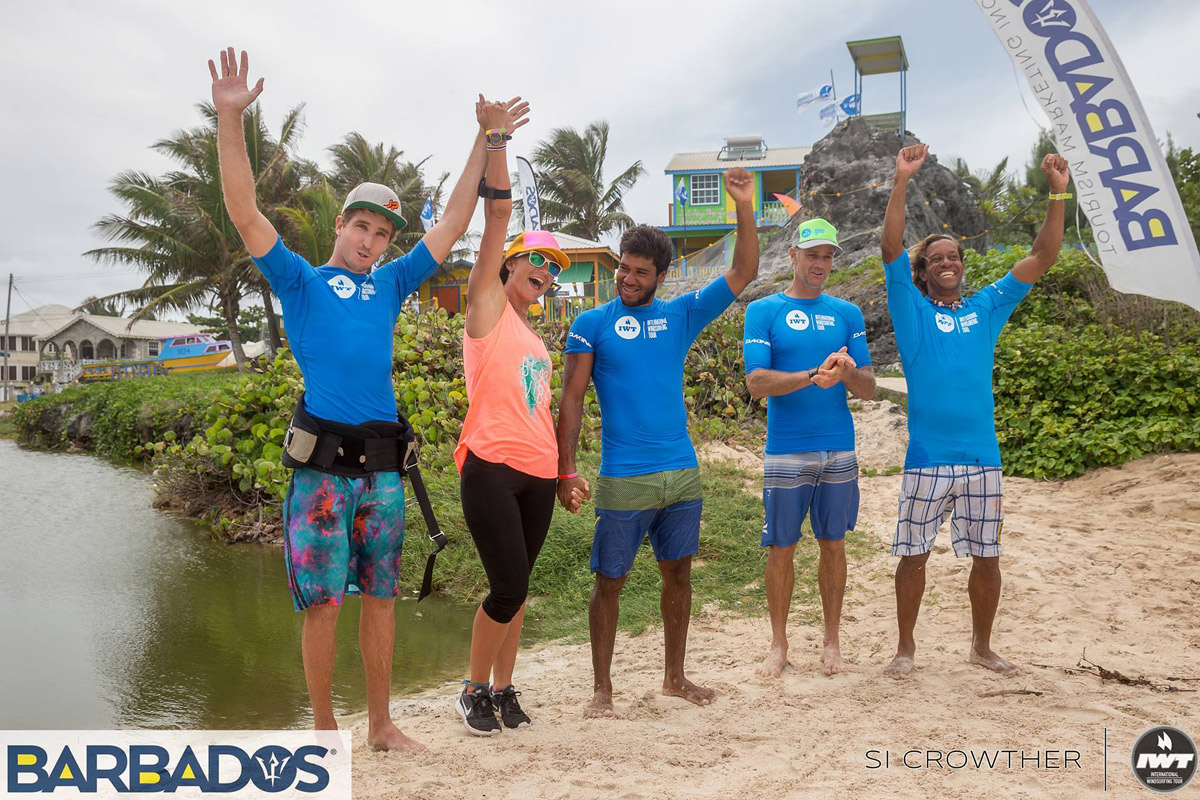 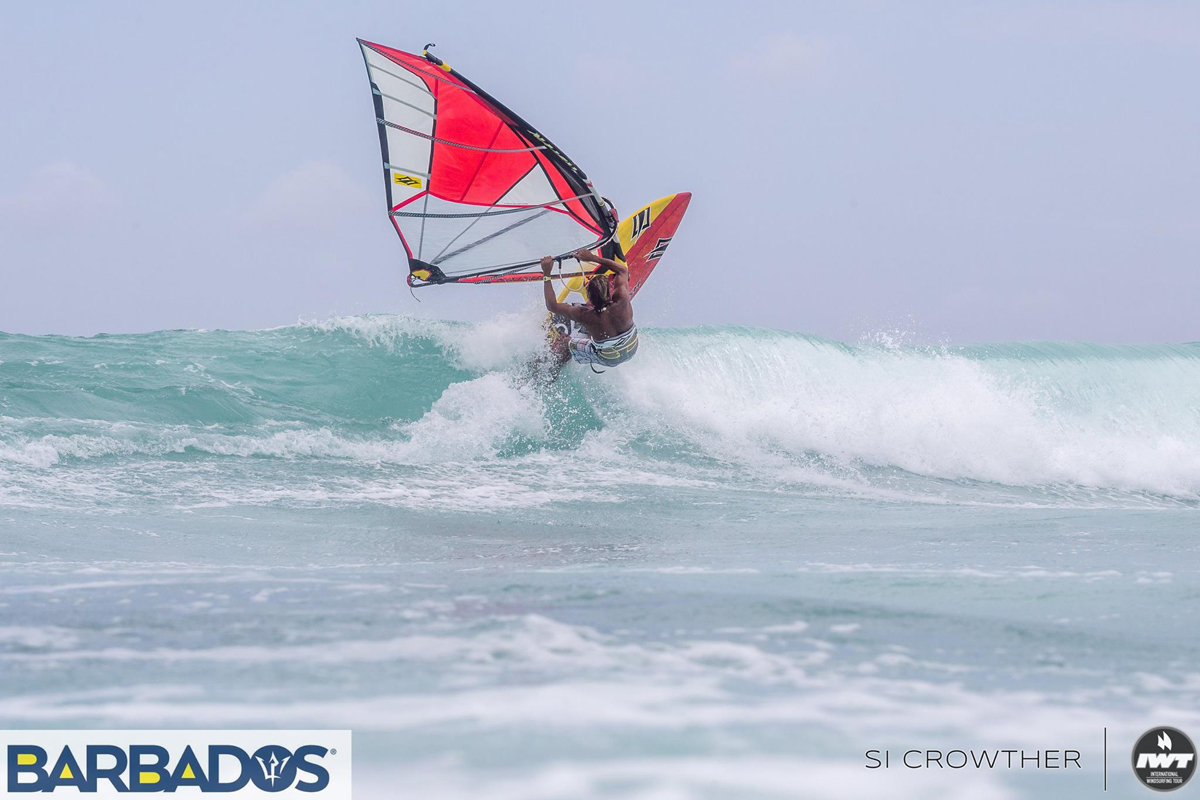 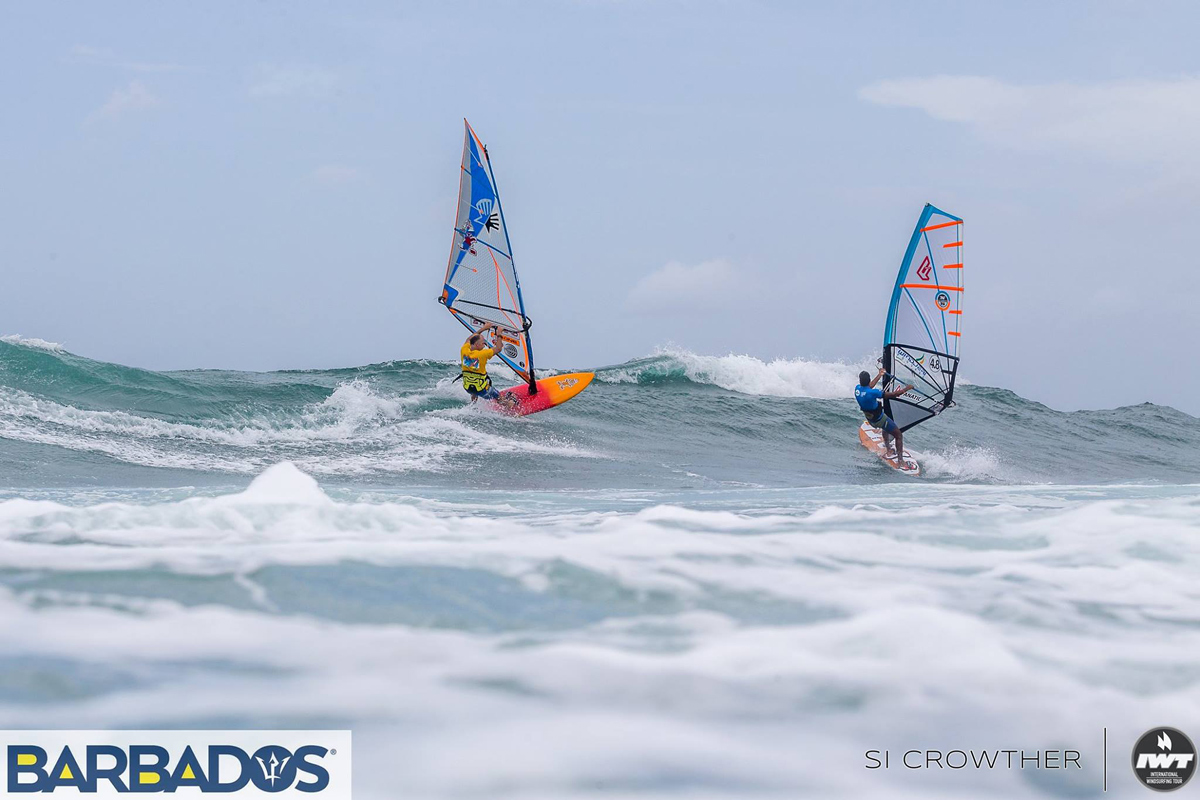 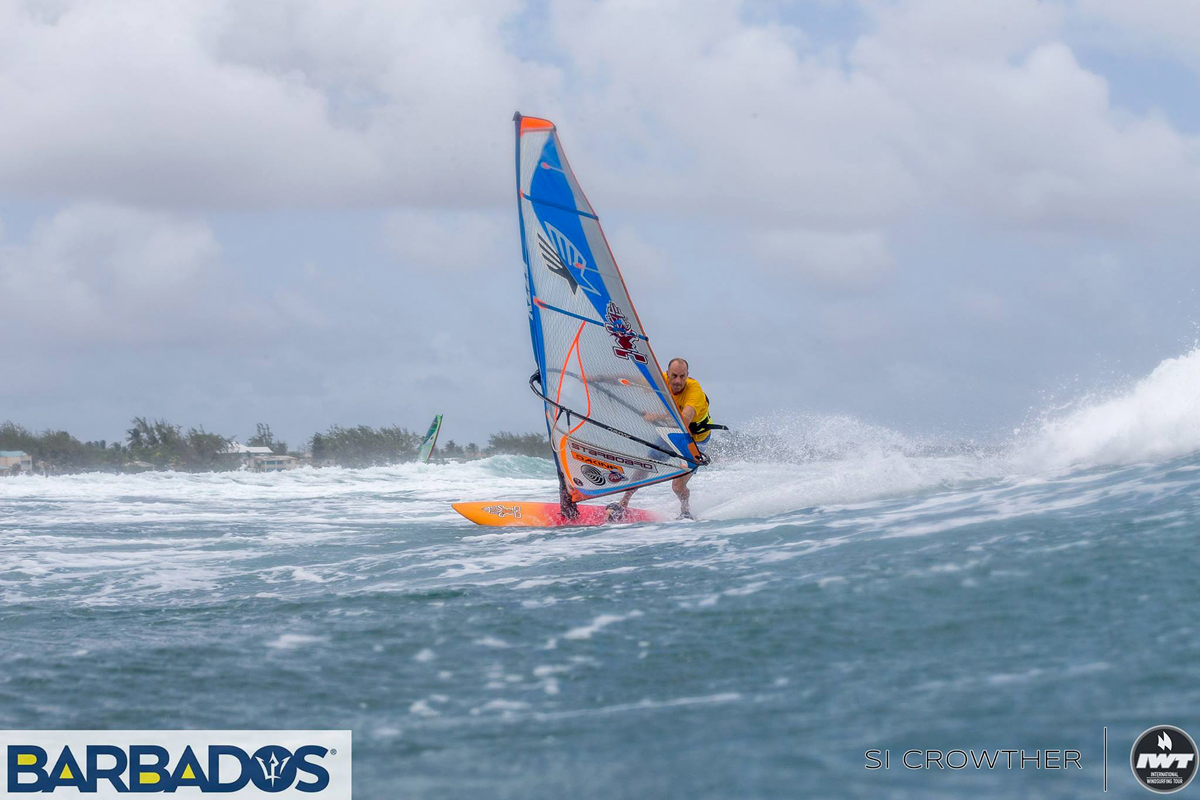 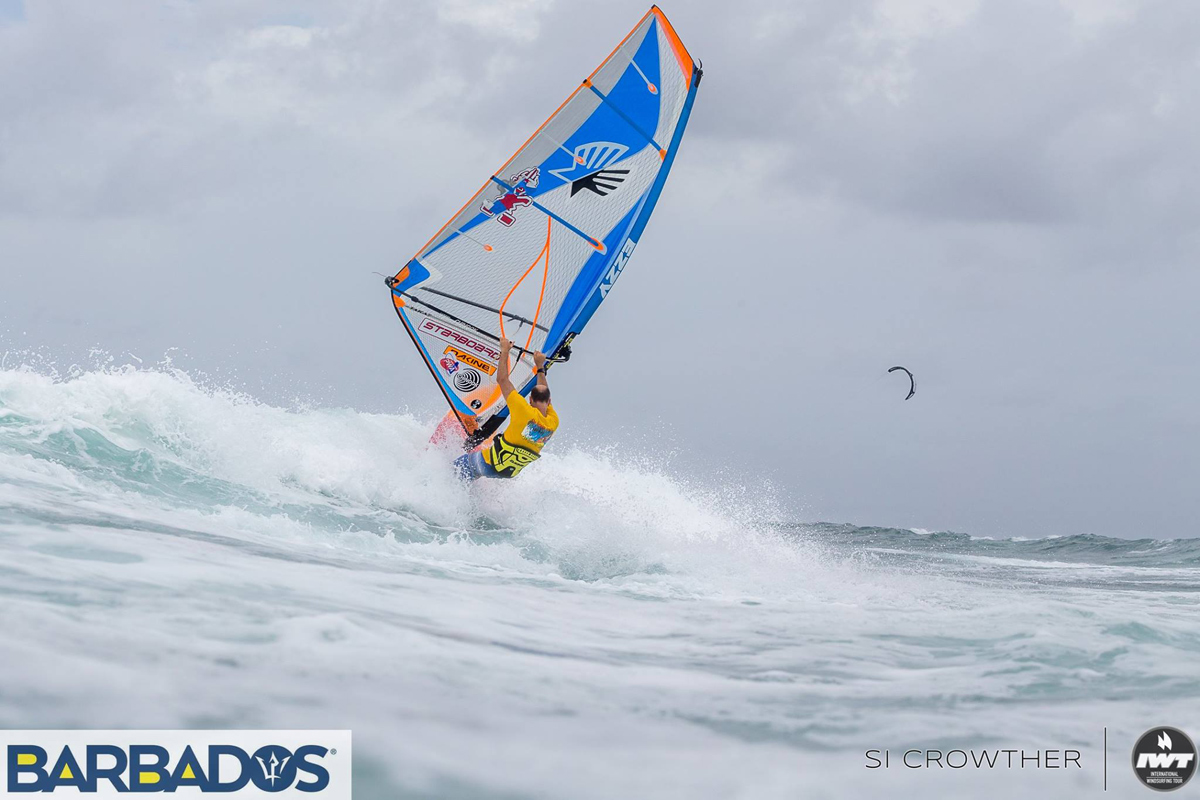 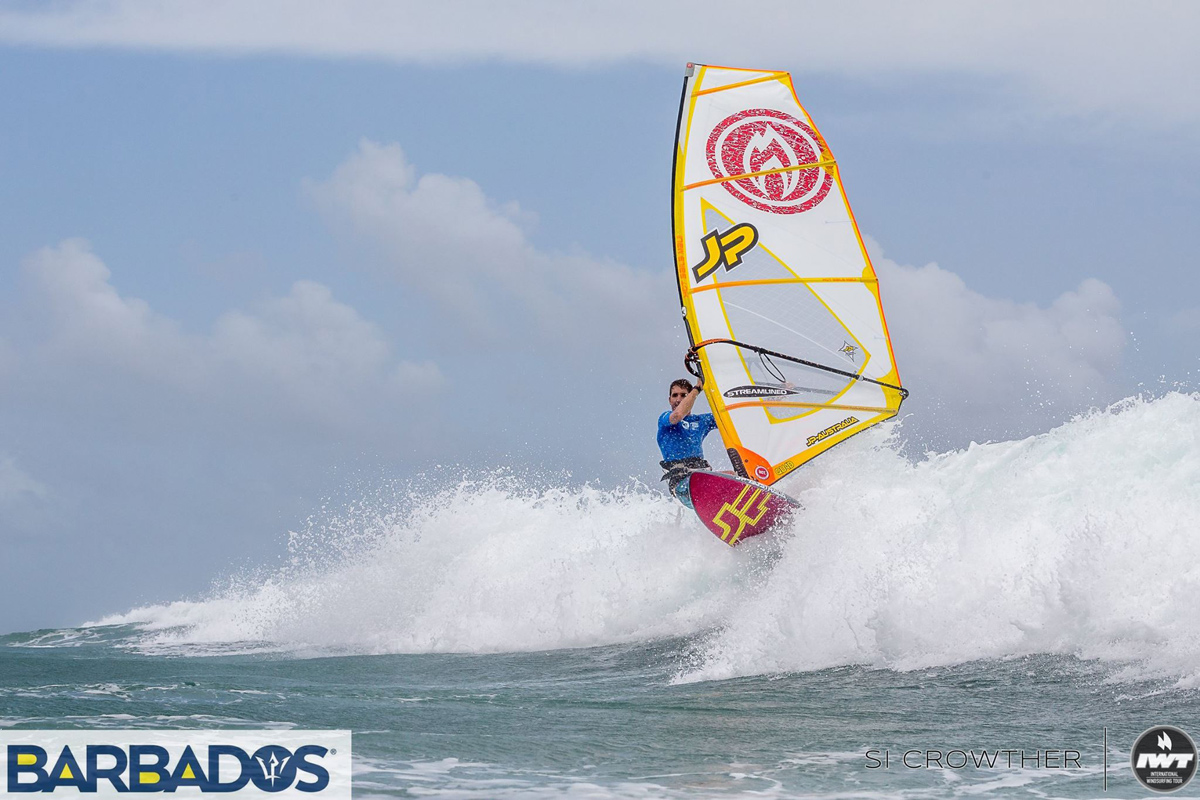