In 2013 the Italian wave windsurfer from Bordighera Federico Infantino decided to leave Italy and started a new life in the wave windsurfing mecca Western Australia. He managed to receive an Australian passport and has been enjoying life together with his girl friend Elisa Mariani in the land of kangaroos and perfect waves.

In November they released their video “That’s Surf West”. For this 30 minute long film they travelled for more than 2 years shooting at the best spots in Western Australia and captured some great action at Gnaraloo, Margaret River, Geraldton or Esperance. That’s Surf West not only covers windsurfing, it also shows  surfing from the WSL event in Margaret River.

We hooked up with Federico to speak about his move to Australia, his movie project and his passion about wave riding. 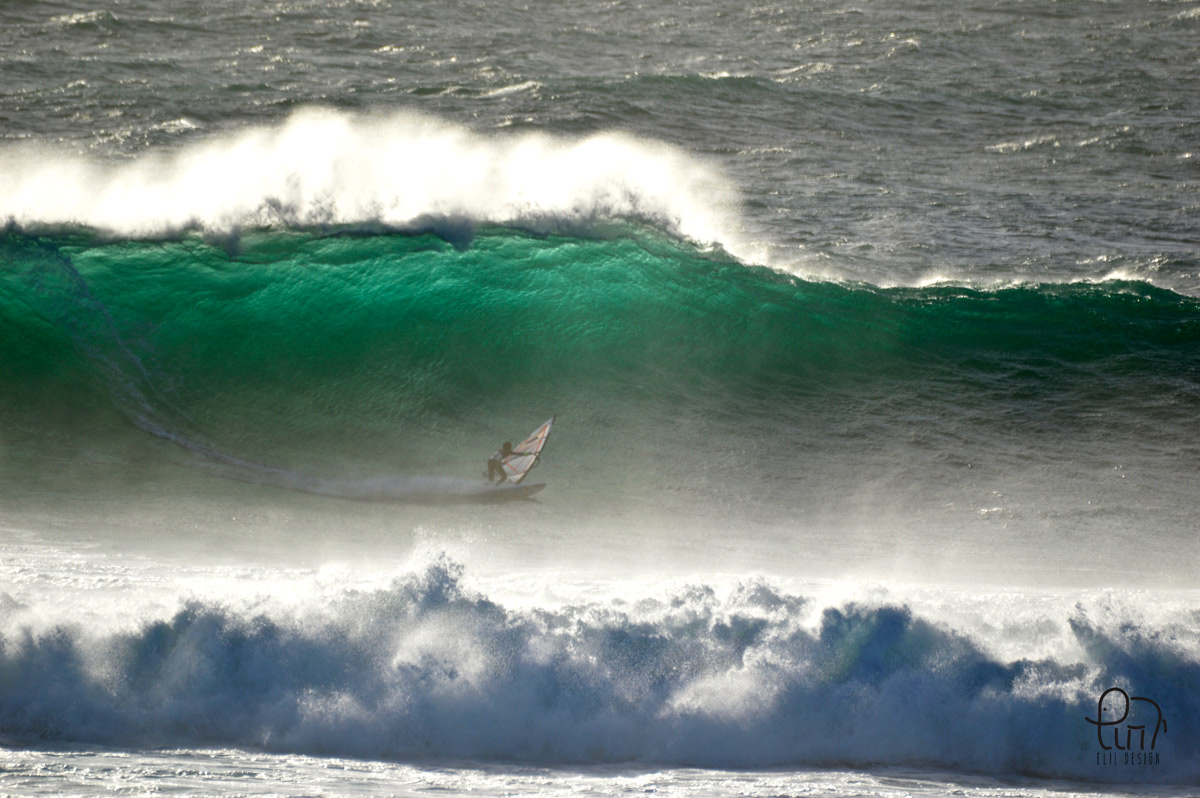 Riding a double mast high monster in WA, that’s what Federico likes most.

From Italy to Western Australia

Continentseven: How is the life in Western Australia?

Federico Infantino: Wild is probably the best adjective, all depends on what we are looking for in our life. Here I found my perfect lifestyle: surfing, windsurfing, biking, traveling, working etc.

Continentseven: Where is your new home base and what are you working?

Federico Infantino: My new home base is Margaret River, at the moment I’m working and managing 2 restaurants/pizzerias. It is not my real job but looks like I’m quite good at it and it was a good option to get the permanent visa. Moreover I’m managing my girlfriend’s business Elii Design which has the focus on graphic design, photography & videography.

Continentseven: When did you discover wave windsurfing and why did you choose to live in Western Australia?

Federico Infantino: After a past on the windsurfing Olympic Class, I switched to wave riding during 2006. I was looking for something with more adrenaline. I started dreaming of Australia after I’ve watched the Jason Polakow movie. In 2013 I finally was in WA for the first time with a working holiday visa. After almost one year I decided to start to build the base for my future in the kangaroo land. I’m not sure if I will spend all my life in WA but having the opportunity to have 2 passports is not bad. The economy and salary are quite good. 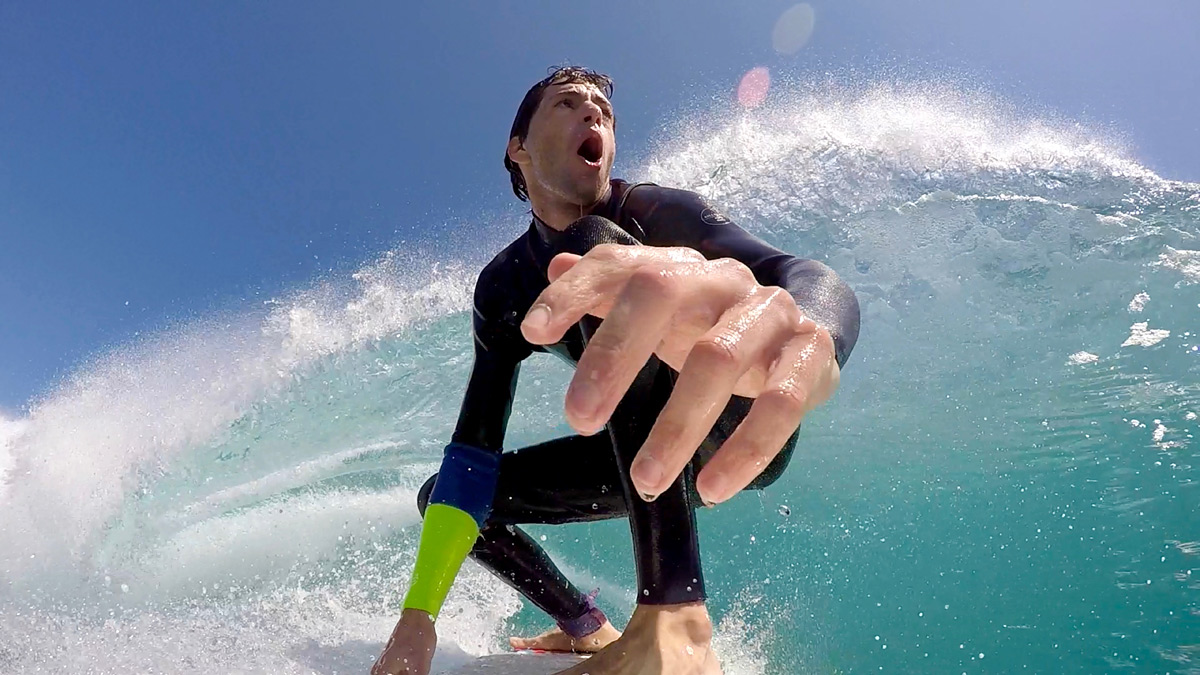 Infantino loves to surf in WA

Continentseven: I guess your wave riding is getting better and better?

Federico Infantino: WA is a wave riding school. My main break in Margaret River and it is one of the most difficult waves to read: it’s a right but you have to go left because of the wind, this means the lip is coming against you. My timing on the waves has definitely improved.

Continentseven: Italy is a country with many wave riders. Did you learn all the basics in Italy?

Federico Infantino: Yes, I learnt to ride waves in Italy, in Bordighera at the No Stress Team eating bread and shore break. When I was young my coach was Paolo Ghione, who told me: “If you are able to sail in Bordighera with any kind of conditions, you will be able to sail everywhere in the world.” It’s true! We have one of the most radical European shore breaks in Bordighera.

Continentseven: Why are the Italians so fascinated by wave sailing?

Federico Infantino: The windsurfing world in Italy is quite big considering other parts of the world such as WA. In Italy we have a lot of good wave spots. In the last years people are traveling more than before. Therefore the medium windsurfing level is going up, the surfing world it expanding as well so probably that’s why we are fascinated by waves.

About the movie That’s Surf West

Continentseven: That’s Surf West is out now. What was your goal with that film?

Federico Infantino: It was a challenge with myself. I love editing video and I tried to push my level a bit up. In the beginning we planned to create a movie to spread on DVD, but after have been face to face against the cost we discover that was impossible for us afford it without a big sponsor extra sector. We decided to do it anyway free to watch to help the windsurfing world to grow up and share this amazing place with the world, moreover That’s Surf West will be our “curriculum” for our business Elii Design. 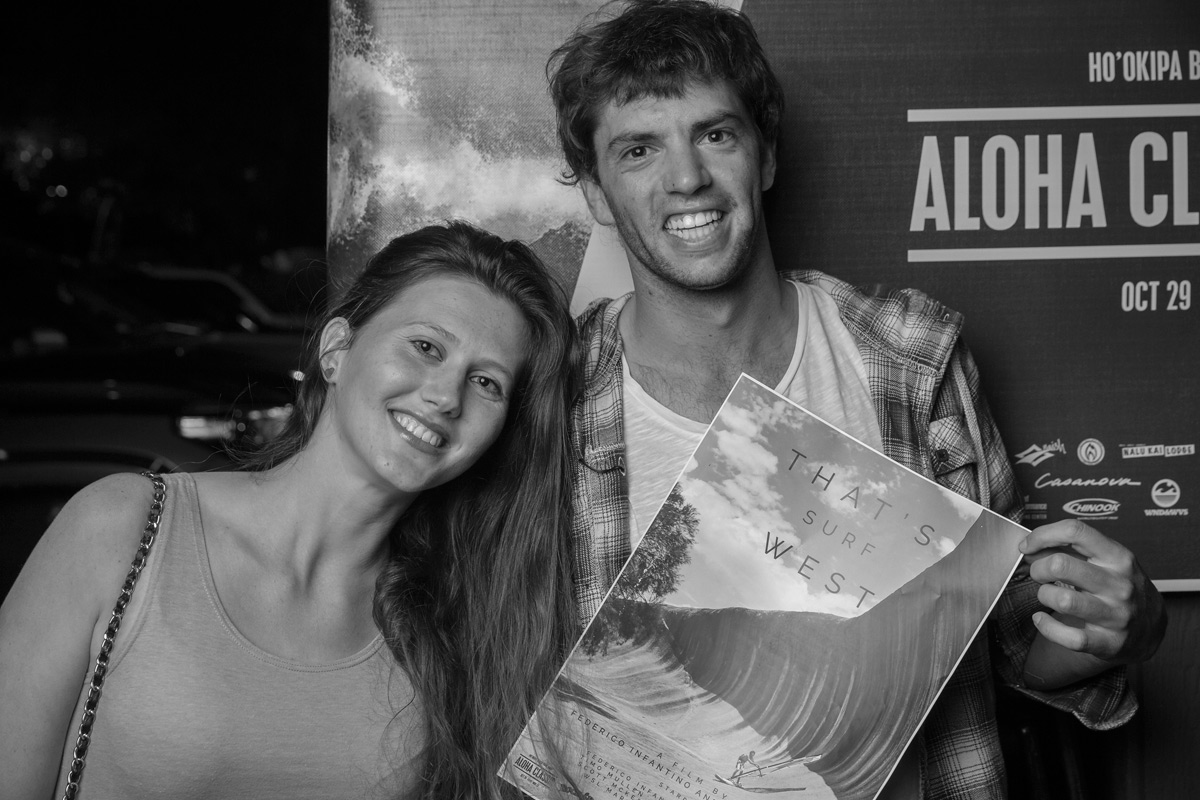 Continentseven: When did you start with the movie and how much time went into this project?

Federico Infantino: I had the idea during the Australian summer 2015. We spent about 2 years of shooting. Australia is very big and it was not easy to organize everything considering work and other people plans. I still have enough stuff to create another movie, but I decided that 32 minutes are ok for the first film.

Continentseven: The film is much about you, living and windsurfing in WA. Did you follow a script?

Federico Infantino: When you start a big project like that is very difficult to know the final result from the beginning. It all depends about the footage during the journey, but yes I planned to put a part of my life from the beginning and trying not to bore the audience.

The straight highway in WA

Attention, Kangaroos are around!

A radical Cutback by Federico Infantino

Off the lip in WA, just a dream.

Flying over the top of a wave

An Aerial crash by Federico Infantino

Easy life in the van

Beach life in Down Under

Elisa on the beach

Continentseven: A lot of well known windsurfers contributed footage to the film. Guess this was a big help?

Federico Infantino: Off course, without the help of Jaeger Stone, Scott McKercher, Dieter van der Eyken and the other guys the film wouldn’t have been the same.

Continentseven: Do you plan to produce another movie very soon?

Federico Infantino: I’m working on two small clips at the moment about Maui and WA. That’s Surf West opened a lot of doors for me and my girlfriend Elisa andw e will have a few important meetings for further projects soon. We will keep you guys updated.

Continentseven: Thanks for the interview and good luck with your projects.