Fanatic released their new wave board, the Stubby in two sizes with three fins each, in 77 and 88 liters.

Watch Klaas Voget on a Stubby prototype at South Africa

Throughout 2014, our R&D team worked discreetly on a new exciting concept, and one which has received a lot of attention within the surfing world of late. The idea was to explore the implementation and effect of more parallel rail outlines, with the outcome delivering a reduction in the boards’ minimum draw.

Characteristics such as speed, planing stability and ease of use, were the motivation behind our decision to transform these ideas into something that would work with the dimensions of a windsurf board. After intense research at the beginning of last year, we took our first prototype to the water. Our instant excitement for the outcome of this first test, led to what may well be the best kept secret in today’s Windsurfing scene. Many prototypes later, refinement and countless hours of joy and fun sailing, we are proud to present the Stubby – available in 77l and 88l.

The first time we pulled this funky shaped board out of the bag in public, the comments were interesting. “Looks strange, must be a marketing gag right!?” Or “Such a wide tail, how would you turn it!?“ And “It’s so short, you must catch the nose!” However, all doubts are eliminated the moment you step onto the Stubby, giving you an injection of fresh perspective on board design. Planing immediately, you instantly realise how natural the stance feels, not to mention the speed and ease of passing over chop or white water. Its upwind ability will have you shooting up at an incredible angle, delivering top speeds and control. Essentially, it’s a real blast!

View the latest action shots on the Fanatic Stubby

Klaas Voget on the new Stubby at South Africa 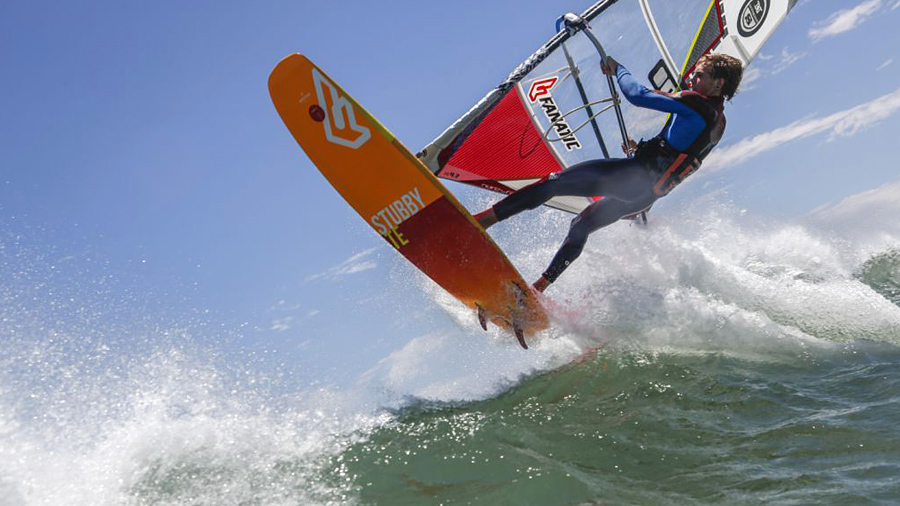 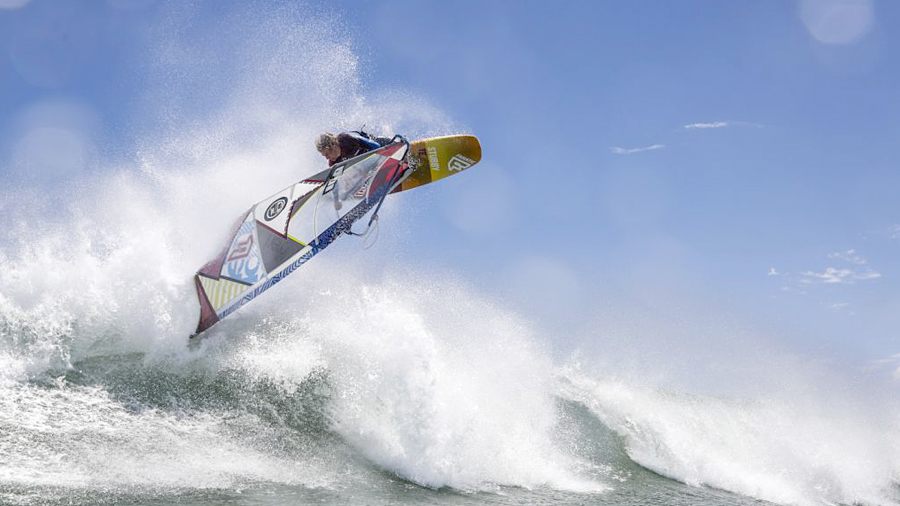 More infos about the Fanatic Stubby and an actual clip of Fanatic team rider Victor Fernandez. Check it out: https://www.continentseven.com/victor-fernandez-fanatic-stubby/

Well Zlatan, unfortunately your theory is a bit off – we can´t support our team riders or staff and other costs by developing boards “only” for team riders. We need to sell products and if the boards only work for team riders we would not have been selling them since 1981. We build products in different shapes and constructions, for all of our customers. And our riders use those products too, they are involved in the R&D, but are the not the only ones who test/take decisions, there is more than a healthy “reality check” factor on any products we… Read more »

I have no doubt at all that it works pretty well as it is once more a Board developed for Team riders by Team riders and as such the Team riders from other Brands also want one. So no worries we will have plenty of Stubbies next year which will all be very different to each other that we will need to have a test. cool . So there will be a Fanatic a JP a Tabou a Starboard and who ever else will put the money on the table to build some Prototypes and do some marketing. The only… Read more »

It´s all marketing. But marketing works and it will work out this time again….all riders who wanted to be a really radikal one, they need one :-))). Same with three batten sails and other bullshit in places whithout use for it. Special systems work out in special places, ok, and research and developement is good too, but to promote things then as the new wonder of our sport always is stupid. Mostly there´s a hype and then products more and more go back to the roots. And it´s always interesting that there are people who believe in statements of sponsored… Read more »

Very true what you say, not all gear is for all people or spots. BUT, no one has told us yet what these boards are good for, let’s not jump into conclusions. So far all short-wide boards have been a lot better for real world wave spots. Let’s wait for the first tests, this could be a good thing

Hi Dimitri, the German print magazine SURF published a quick test report and an interview in their product section of issue 1-2/2015, page 54-56. It says the idea behind the shapes was influenced by the R&D team of North Kiteboarding. They had prototypes, which got transformed to windsurfing. What I understood is, that the straight lines allow more grip in the turns. The rail length with effective grip is even extended and allows grip and the board doesn’t get bumpy during a turn. The lift of the board is described as surprisingly good. Klaas Voget, one of the testers, mentioned… Read more »

OK guys, we are getting close to the point. Alessio says “better try it before you say it is the same as a back of the bench or similar things”. But: how many of us tried a multifin or a 3 batten sail before buying it? My guess: no more than 20%. The others, me included, believed to magazine test or to their preferred brand (marketing manager) or to their iconic rider ( if XYZ surfs Ponta Preta with a thruster I’ll do the same in my onshore crappy spot!!). Magazine Tests: Mr. Robby Naish, not myself, in a recent… Read more »

Here are two links to 2015 North production kite boards with a “stubby” look:

The boys have been playing with one here in Wellington NZ. We have had a week of Southerlies here with a big swell so its been getting a bit of a work out. The feedback so far has all been overwhelmingly positive. Everyone who has sailed it has pretty much ordered one for the new season. The pictures of the moves show these guys just going off. I was skeptical about the look of it but now it just looks ultra modern and exciting. It also fits into a way smaller space to so no more boards poking through from… Read more »