Fanatic confirms the leaving of Marcilio Browne and at the same time introduces their team for 2012. Read here the official release from Fanatic.

The Wave team
Our Wave team will be led by 2010 PWA Wave World Champion, Victor Fernandez, eager to claim another title. Victor is supported by top PWA rider and R&D Manager Klaas Voget and top lady Nayra Alonso, as well as a host of young up and coming riders like Alessio Stilrich from Gran Canaria, and the newly signed 12yr old talent from Lanzarote, Noah Voecker-Roche (more info & pics will follow soon)!

Finally our Slalom team will be one of the strongest ever with top PWA riders Peter Volwater, Gonzalo Costa Hoevel and Pierre Mortefon charging for the top places on our renowned Falcon Slalom boards.

Leaving the team for 2012 is Marcilio Browne, we wish him all the best for the future and thank him for all the input and effort he made for Fanatic over the last 3 season with us! 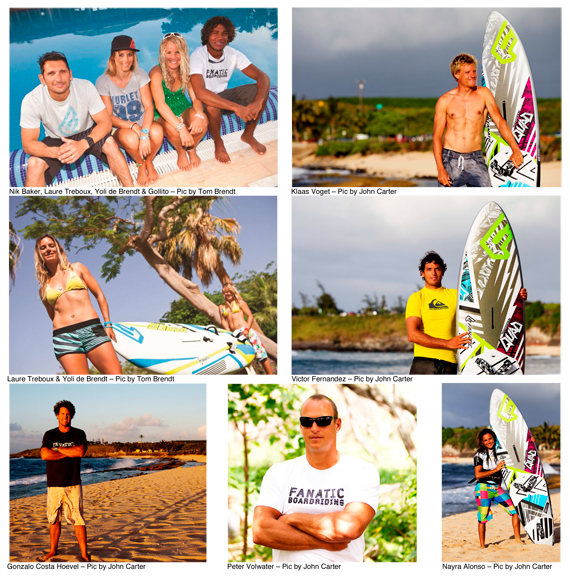 sure ,it do not depend on talent,

good move for Brawzo. Now he will flourish!