Last weekend the “Rollei Bullet HD Freestyle German Championship” took place at Stein/Laboe in Germany. 17 competitors from whole Germany came to the Baltic Sea to fight for the 2011 freestyle title. After winning the single and the double elimination, Fabian Weber (G-999) from Munich is the new 2011 German Freestyle Champion. Felix Thomsen from Flensburg won the junior´s ranking (under 17) and Tobias Schwarz won the Youth category (under 20). 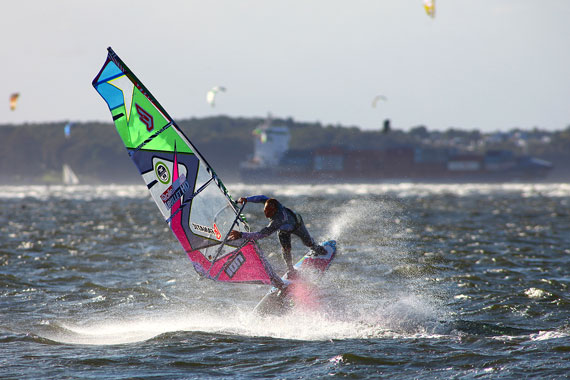 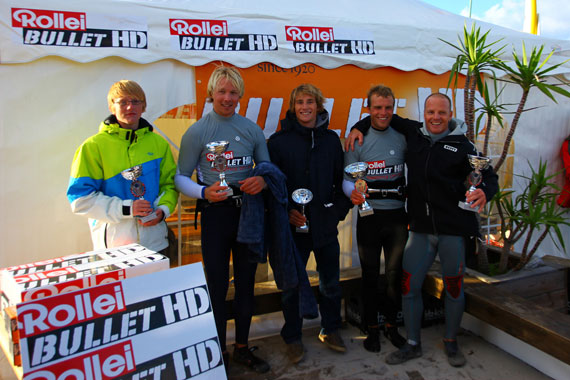 I wasnt there, but i heard from Several persons that the final result is not representative… Fabian is à great sailor but i heard that Matthias his performance in the final was netter! Newschool powermoves apparantly didnt score high.

judging failed in final! all the riders were sure Genkel is the winner!

please shut up now….it was a nice event and a close decision in the final which was justified by the judging format (overall impression) – all other decisions were ok as far as I remember

Overall impression = i dont know but i like that Guy better..