One week until the start of the Severne Starboard Aloha Classic on Maui. Over 100 riders from more than 20 different countries have already registerd and will compete against each other.  In the AWT pro fleet it is a three horse race for the title, with Kevin Pritchard, Morgan Noireaux and Levi Siver. In the women’s fleet Ingrid Larouche is in the driving seat, but 17 year-old Fiona Wylde is on her heels to steal her crown. After the AWT competition the top pros join the PWA competition.

As already mentioned, it is a tight battle for the top spots in the AWT. Kevin Pritchard is leading the American Windsurfing Tour ranking at the moment. We caught up with Kevin Pritchard, Morgan Noireaux and Levi Siver, who all have the possibility to win the tour.

19 year-old Morgan Noireaux won his first event on tour at Baja California this season and 33 year old Levi Siver won at Pistol River and Pacasmayo. Both will challenge Kevin at the Aloha Classic. Morgan is just 3500 points behind Kevin. Levi, actually ranked 3rd, is 4999 points behind. 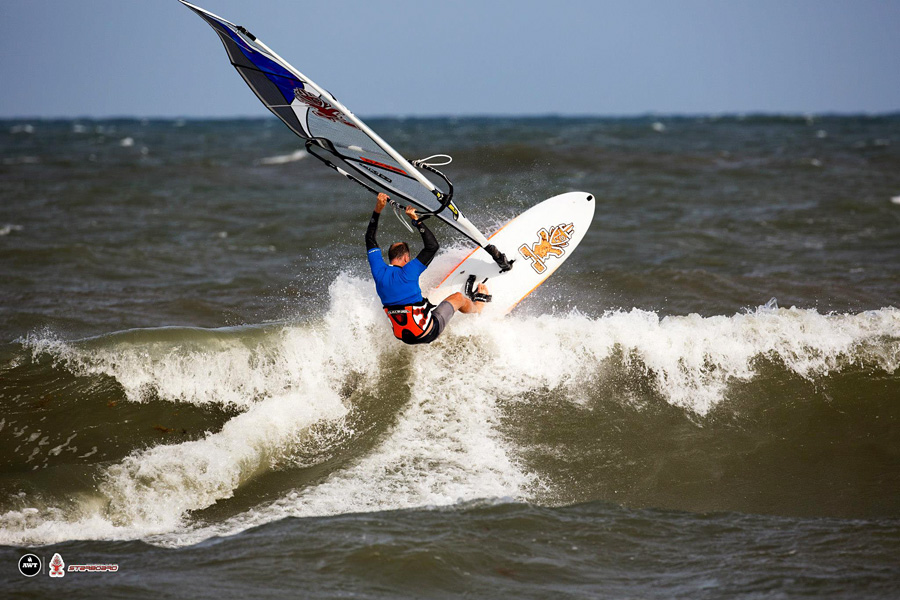 “With 28 days to go, I am shaking in my boots being in first place on the AWT Tour. With 4 events completed around the world, two port tack, two starboard tack, and the big final in Maui, the tour has some great events with amazing variety. The pressure is building and in Maui any thing can happen. Huge waves can come through and light winds making it so very critical to pick the right waves and make the most out of every one. Wildcards who haven’t done any of the tour so far come into play. My brother, Josh Stone, Nat Gill, Jason Polakow, and a huge amount of Local rippers that if they have a good heat can take  you out in one fail swoop. Not to mention how Morgan and Levi are sailing on their home spot, it is not going to be easy.

But in saying all that, at 38 years old, my need to prove myself has dwindled. My ego is beside myself and I go into the event with only desire to win for myself. To win will make zero difference in my life. It will not give me a huge contract or make any more money or get me any more fame or fans, I will be just doing it for the love of the waves, to be out at Hookipa with only three other guys out and to have the time of my life. The pressure is off, the fun is there, so that is my plan, make all the heats I can and try to stay on the water as much as I can. It is going to be fun..”

“This is the first time I’ve had a shot at winning the overall so it’s pretty cool. The results me and KP got in Cape Hatteras has turned it into a tight battle. If you just look at our three best results, Kevin and Levi have about 3000 points more than me. So I need to be two places in front of them to win the overall. I basically need to win to have a chance at the title. In the end I’m more focused on doing well at Ho’okipa than thinking about the overall. If I do well and win the overall it will just be a really awesome bonus. I’m more comfortable sailing Ho’okipa than anywhere else, so I’m just going to go catch my waves and see how it goes.” 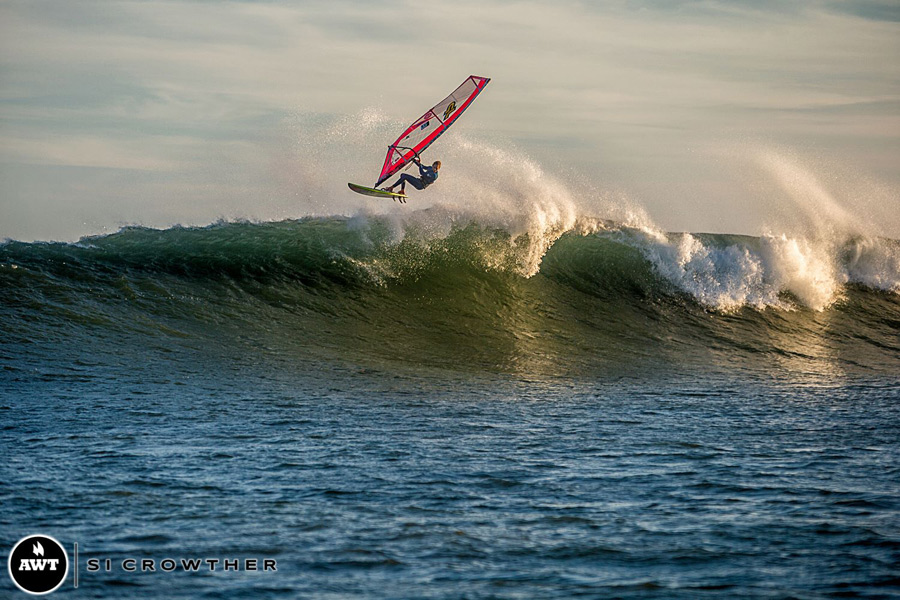 “I’ve really enjoyed the events this summer on the AWT tour.  We went to Oregon and had a 10 second ground swell with full on wave riding and sick jumping.  Then we went to Peru and rode mast high waves for minutes each wave I was mesmerized on that trip one of the best ever. Then Baja for more point break rail to rail windsurfing just to top off a great summer!  It’s been a blast the best conditions we’ve had so far on tour.  To be honest I haven’t really been focused on the overall tour points.  I haven’t done a full circuit yet on the AWT. Some events are stacked with some of the best riders in world like the Oregon event and for next season it would be huge if we could have that kind of involvement to give a real push for an overall champion . Regardless it’ll be a blast in Maui and I’m sure everyone will be ripping..  In regards to the Aloha same approach as I had in the other events I did this summer.  Just wanna enjoy my waves in the heats and I hope the waves are pumping that makes the event way more fun to do.  With the ocean it’s impossible to control if it’s your day it’s your day you can’t force stuff I think enjoying what your doing is the secret.” 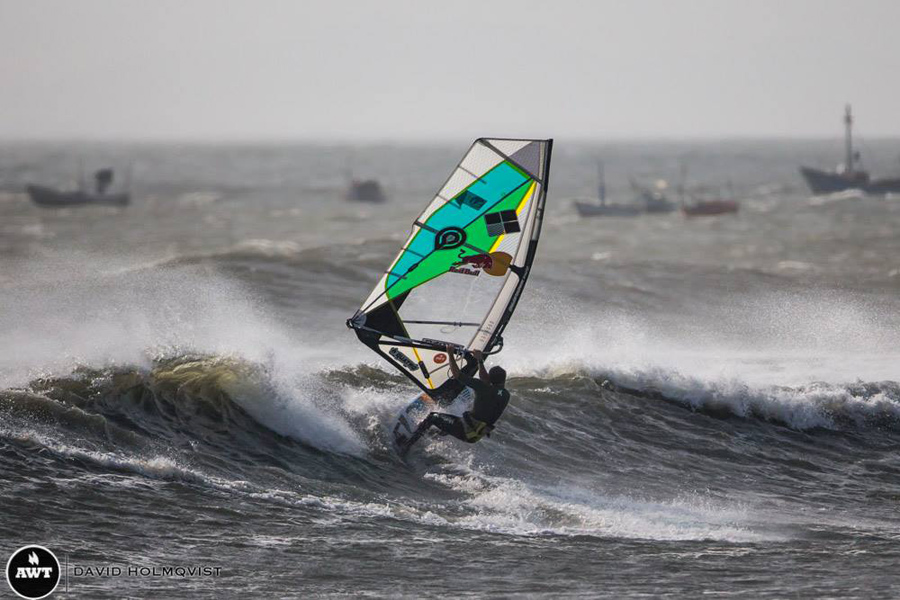 Click through a wonderful slide show with pictures from the last event at Cape Hatteras:

Riders on shore before their heats

Kevin Pritchard with a nice Aerial

Morgan Noireaux on a little wave

Morgan goes for a bottum turn

Sitting in the gras and waiting for wind

The AWT winners celebrate at Hatteras

Waveriding action at Hatteras during the 2014 AWT event

The seagull enjoys the life on the beach at Hatteras

Kevin Pritchard not only won the event, he as well worked hard behind the cam

The AWT winners at the beach

Morgan goes for the mushy lip

Fairplay at the beach

The waves allowed even Aerials off the lip

A clean section to ride

The ladies were giving it all at Cape Hatteras