From the 10th till the 14th of November 2010 the EFE contest – the European Funboard Expression 2010 – takes place at the beaches of Six Fours (La Coudouliere, Le Brusc). The event gathered more than 56 competitors coming from all over France, from Italy, Holland and Germany. This contest happend already in 2009 on the shores of Six Fours in South of France. Through one year the event grew from a national wave & freestyle contest to an European stage due to the fact that this year’s event includes the European Freestyle Pro Kids Tour (EFPKT) final. 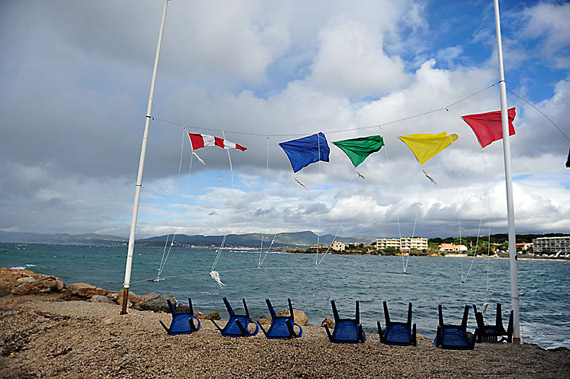 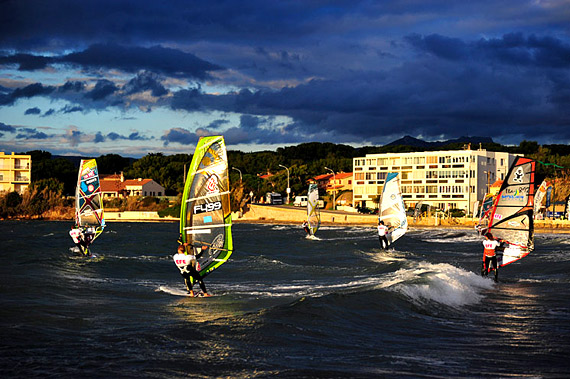 The European Funboard Expression event is a very complete event organized by the local windsurf club SFWO, the Six Fours Windsurf Organization. Fred Bosson is the president of the club and organizer of the event. The club will promote windsurfing across the region of the Provence and in the town of Six-Fours. We don´t really know, what the plans of the EFE are. Perhaps they plan to launch more events in the near future as well or a new tour!

The organisers were again very lucky this year as the local wind, the Mistral, started to blow from the first day on with solid 25 to 30 knots and did not stop for the following 2 days. It was a super timing and 2 double eliminations in Freestyle could have been sailed! The choppy waters of Le Brusc gave the riders a really hard time on the water in the freestyle competitions.

EFPKT : Tough time for the kids!
Even though the local spot was a bit tough for freestyle with gusty winds and big chop, Tim Ruyssenars from Netherlands could manage to reach the 1st place in the under 17 category in front of the local kid Paco Mercader. It was also good to see a kid like the young local Loic Lesauvage, just 10 years old, performing great in between all the other freestylers.
In the under 20 category, the Italian champion Mattia Fabrizzi, who already competed in the PWA this season and could win the Shaka Bump & Jump contest on Lake Garda, won twice against the local Adrien Bosson. The duel was epic and the show explosive! The public enjoyed the action, which happened very close to the beach of Le Cros. 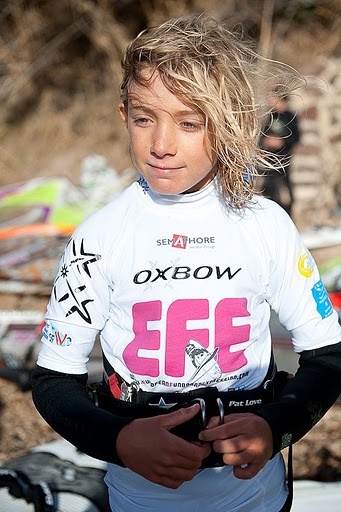 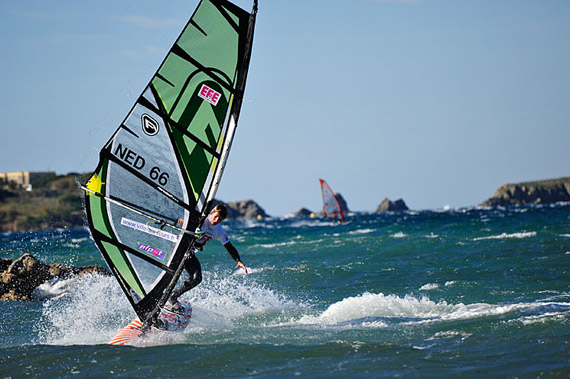 The winner in the EFPTK class under 17, Tim Ruyssenars (Source: EFE). 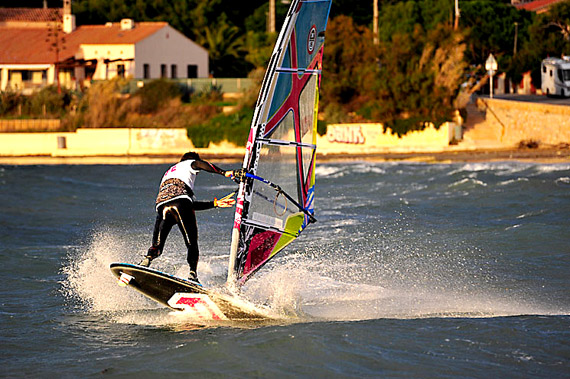 National Freestyle: Adrien Bosson on top !
In tough conditions again many freestylers battled for the national title and once again, it was Bosson, who was fighting for the top spot. The wind allowed a full double elimination, where the final heat was in between Bosson against Bestetti, who was definitely on form. Bosson could win and took the lead in the fight for the « National Funboard Expression » freestyle title. 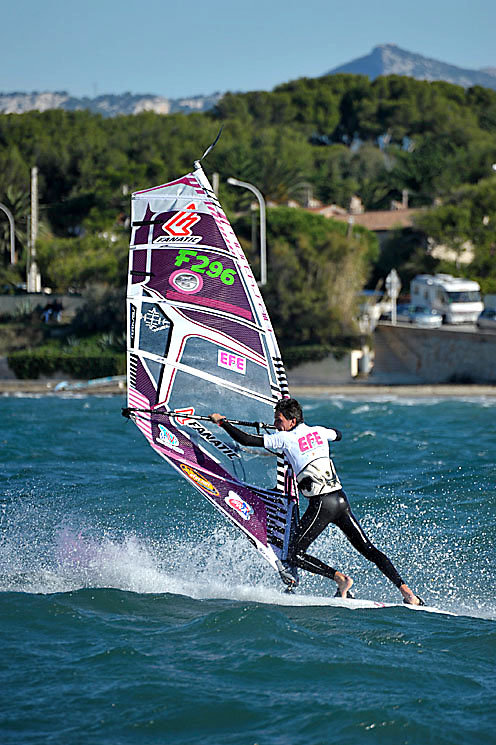 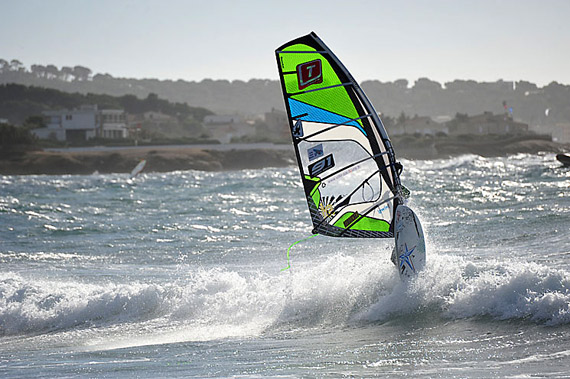 Despite a very good forecast, the conditions were not the best for the competition but the waves and a 15/20 knots breeze allowed more than 50 riders to fight for the « National Funboard Expression » wave title. In the semi-finals the hot local from La Coudoulière, Jean Marc Viande, was fighting against freestyle winner Adrien Bosson and Ben Légier fought against the French PWA slalom rider Cedric Bordes for place 3. Cedric could win the semi final and finished in third position and in the final Jean Marc Viande won against Bosson, who was missing a jump. In the girl´s category Fanny Aubet from Almanarre was on top and won against the local from Marseille Joly.

The event is not over yet, one day is left with a good forecast. Another freestyle session on perfect flat water could be possible.
Website : www.europeanfunboardexpression.com
THE TWO SPOTS:
– Le BRUSC : a dream spot for FREESTYLE !
Les Charmettes and Le Cros are ideally located in the great Bay of Six Fours in a magical landscape, just downwind of the island of Les Embiez. These two spots are exposed to all types of wind, Mistral (West/North West – onshore) and East Wind (offshore), so the spots are often practicable. According to the wind, the water is never too rough. So it’s a real hot spot for freestylers and non-experts in waves. These two spots are also the first to catch the wind because of their exposure. Here it is also more regular wind than anywhere else in the Bay of Six Fours. The main advantage is that the public can definitely enjoy the show, as the “freestylers” evolve here very close to the beach. All these reasons have prompted the organization to launch the Freestyle contests in Le Brusc!
– La COUDOULIERE : nothing but WAVES !
Well known to “waveriding” freaks in the area, but also very famous in Germany or Italy, who do not hesitate to come down sometimes for a weekend, “La Coudou” is one of the best Mediterranean wavespots in the area of Toulon. It´s an ideal natural setting to admire the pros of the “waveriders” through the natural steps offered by the cliffs of the “Cap Negre”, where the waves turn around it and ideally line up and break. The spot offers great ramps to jump, when its windy plus allows excellent waveriding. In 2009 Thomas Traversa could win the wave competition at this spot, which works at its best with a strong wind from Northern or  Northwestern direction accompanied by a strong Tramontana that usually builds up good swell.