Maaike Huvermann & Jacopo Testa are the winners of the first EFPT event of the season, the 2022 EFPT Surf Opening at Lake Neusiedl in Austria. Congratulations!

The 2017 European Champion, Jacopo Testa dominated the field with his light wind expertise. Wowing the judges with his Chachoo’s he put himself in a great spot at the start of an exciting season. In second was Belgian powerhouse Yentel Caers who was consistent as always. In third came fellow Belgian Dieter van der Eyken who impressed with his freestyle move repertoire that he is able to execute on both tacks.

The current European Champion Maaike Huvermann was the top seed of the event and she confirmed the expectations on the water, too. Slovenian Lina Eržen came in second, showing great promise for future events, while also ripping in the tow-in discipline, where she threw down Burners like it was nothing. Coming in third was German Lisa Kloster, who has shown that she can contend with the very best in the world. 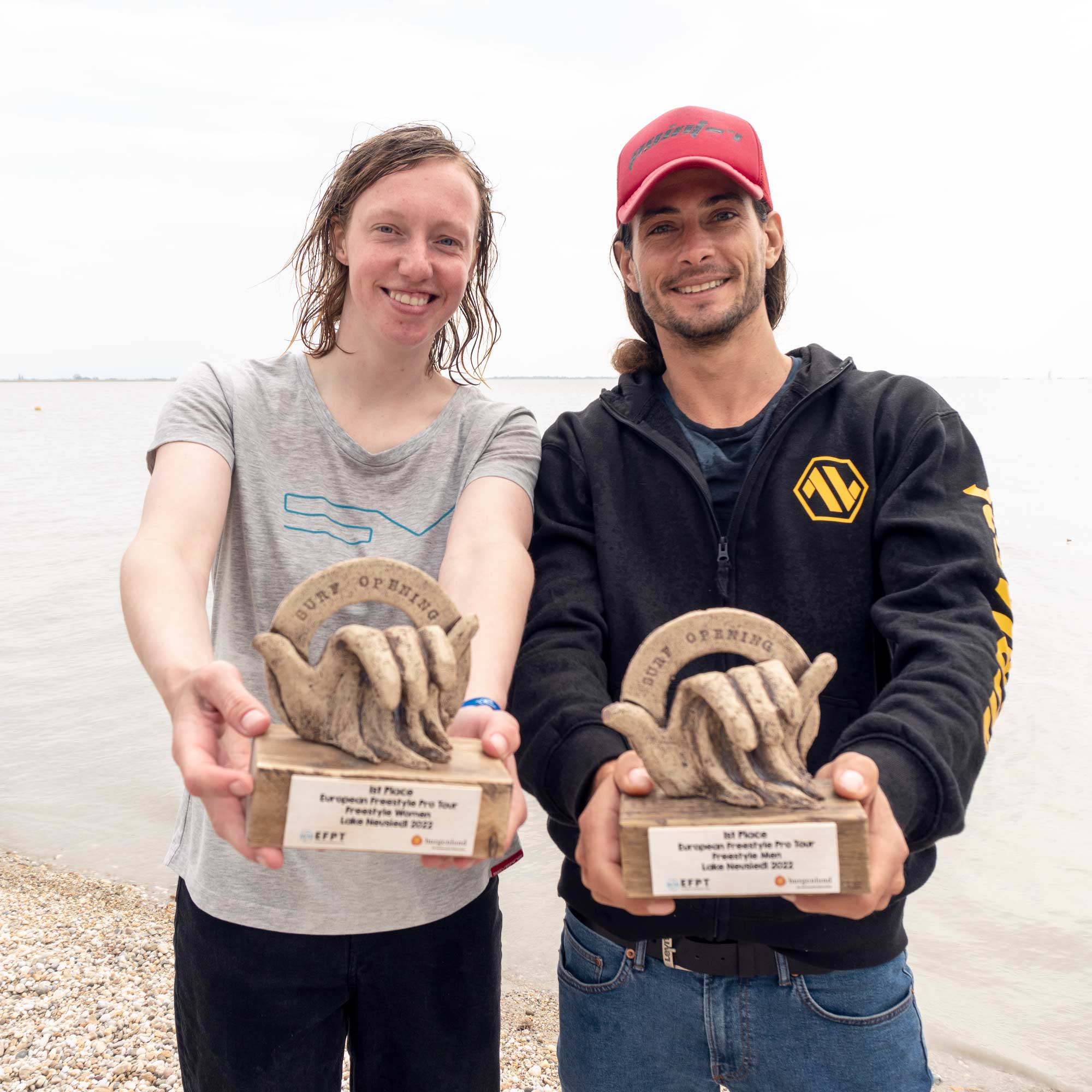 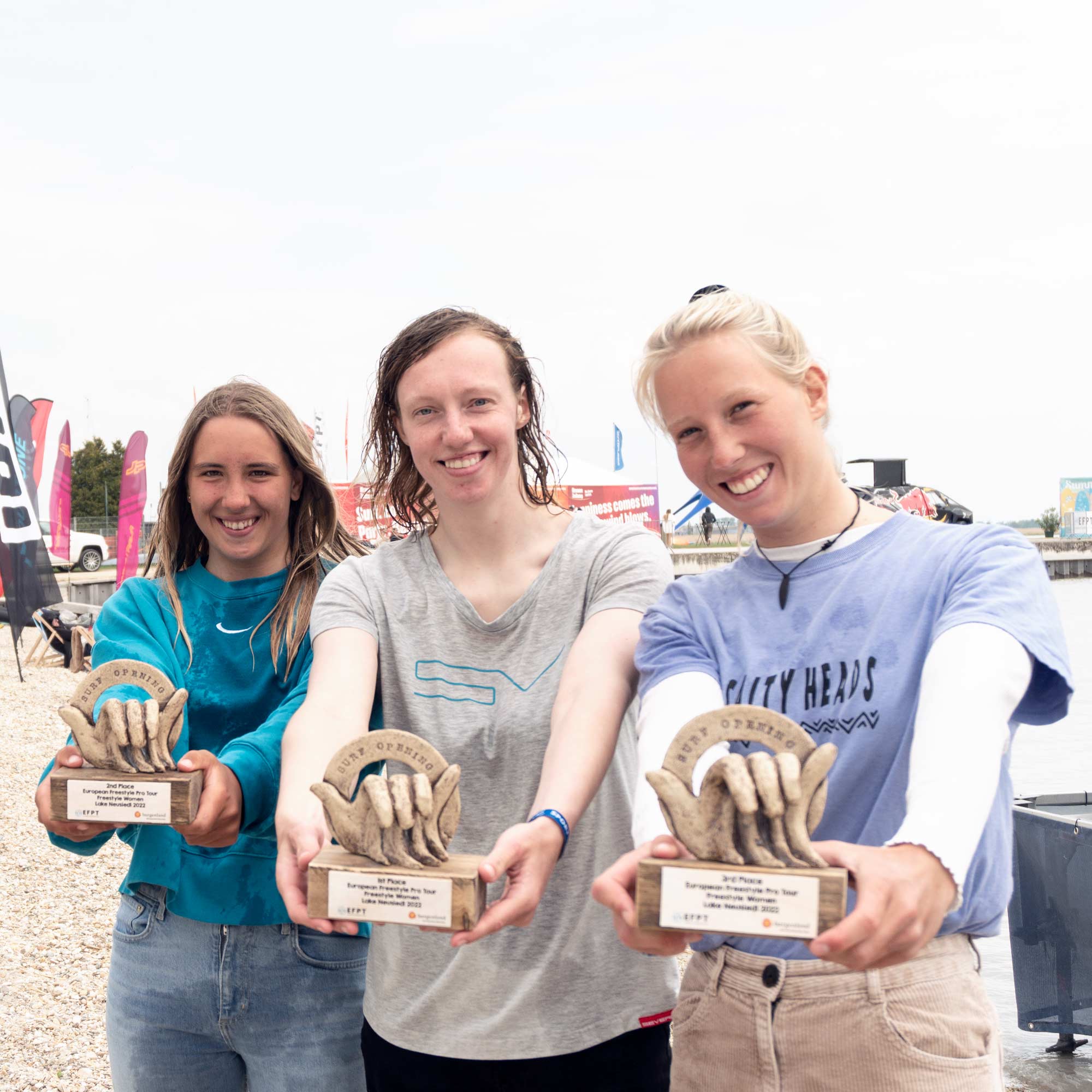 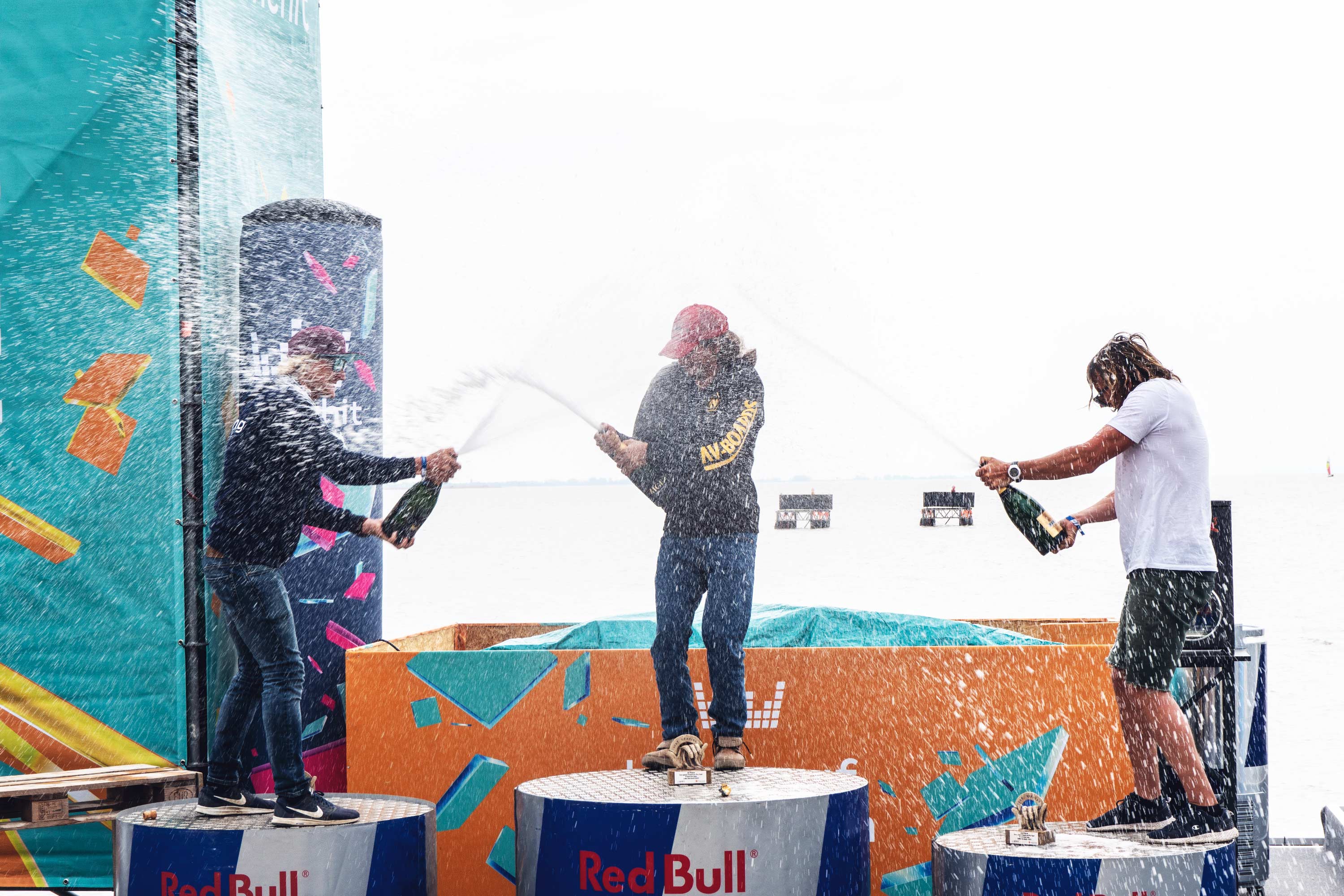 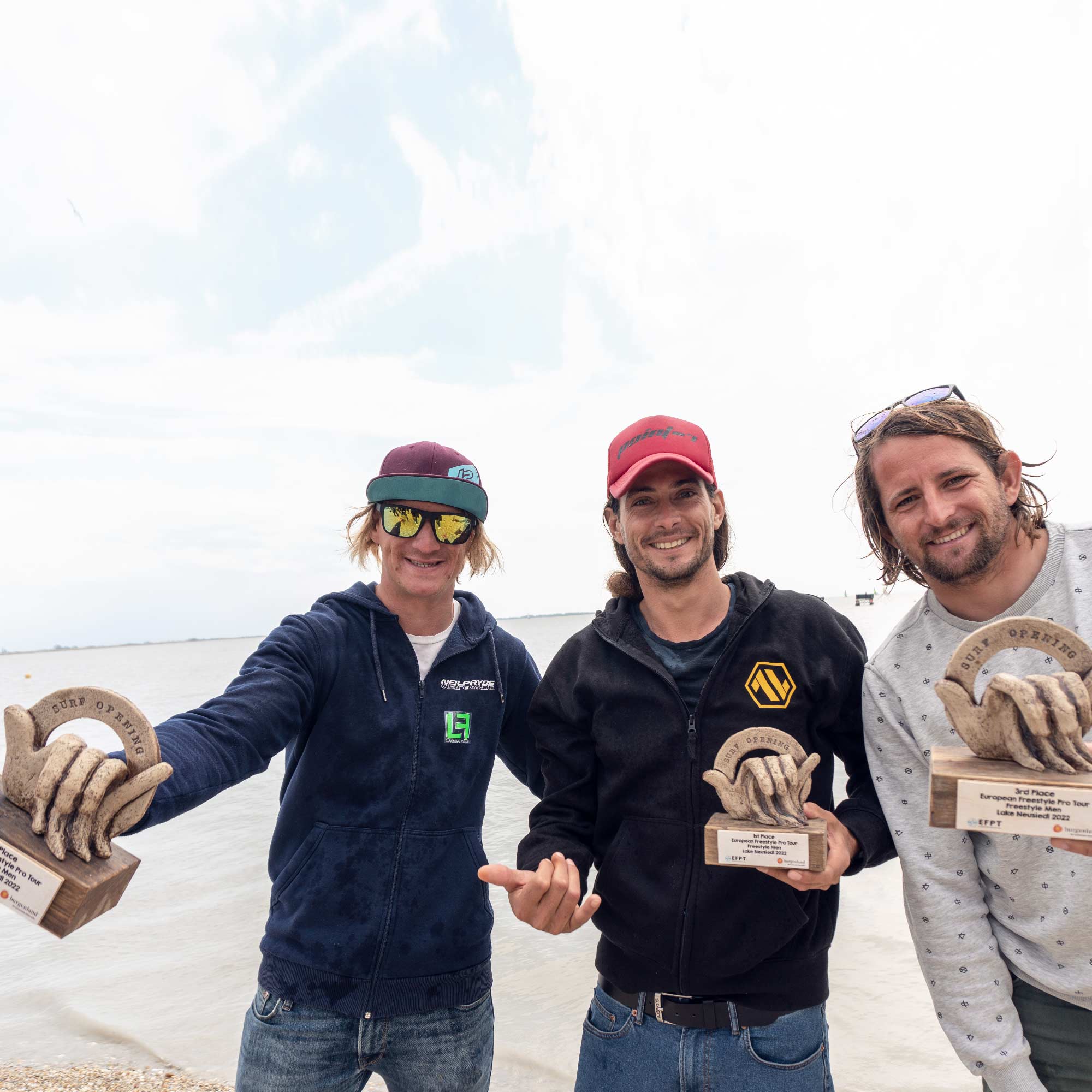