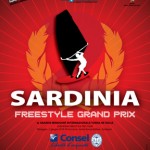 Today was the first day of the EFPT Sardinia Freestyle Grand Prix at Porto Liscia, in the north of Sardinia. The Belgium freestyle windsurfer Steven van Broeckhoven continues his string of victories and wins the Double Elimination in front of his good friend Davy Scheffers and the French windsurfer Antony Ruenes.

After the registration at 8am, the first heat was started at 10.15am. The wind was really strong and throughout the Single Elimination the riders were useing sails with 4m2 and smaller. The 32 registered riders sailed on a really high level and showed the Italian audience big front loops, fast sliding moves and some hard crashes as well.

At about 12.45 Davy Scheffers and Steven van Broeckhoven battled out the final heat of the single elimination. Davy made the pace. He took a lot of risk doing a Skopu and Spock into Kono. Steven was on the same difficulty level, but could gain some extra points with his explosive sailing style and won the Single elimination.

There was not much time to rest for the EFPT riders. At 2pm the double elimination got started. Stam Promponas (Fanatic/Vandal Sails) from Greece coped well with the strong wind conditions, showing high one handed Burners for example. He could win one heat after the other and after sailing 7 heats in a row, he finally got stopped by Antony Ruenes, who maybe did the move of the day: A no handed Funnel.

Although the level of all riders were really high, two riders were standing out. Davy Scheffers and Steven van Broeckhoven, who met again in the final of the Double Elimination. Even though they are sailing against each other during the heat, it always looks like, two buddies out for a training session. In the end it was again Steven, who could win this final in the the double elimination but, of course, his first congratulant was Davy Scheffers.

Result after one Double Elimination: 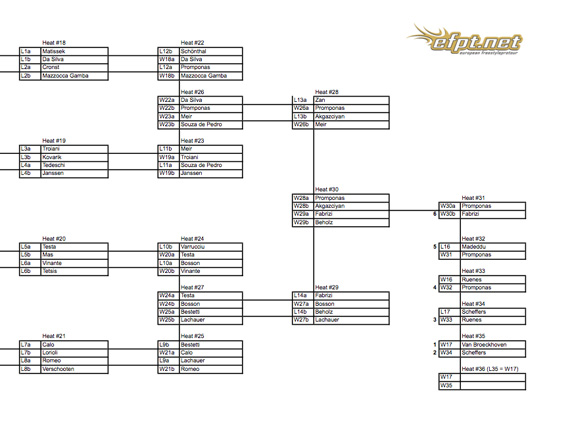 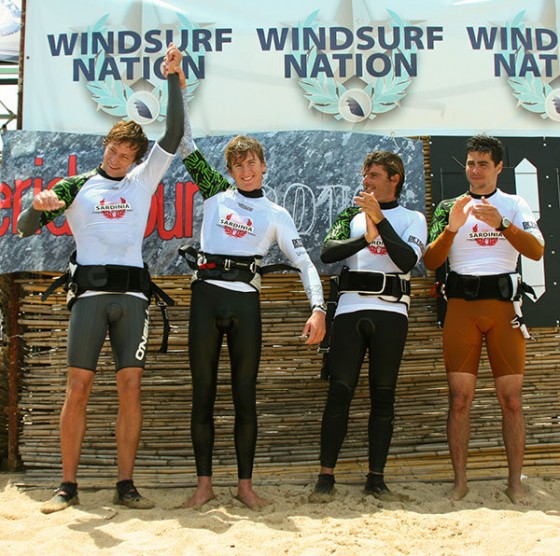 The winners of the Single Elimination – Pic: EFPT

any videos? would like to see the no handed funnel