With a great forecast, day two at the EFPT Lanzarote kicked off with heat number 30 of the remaining double elimination. 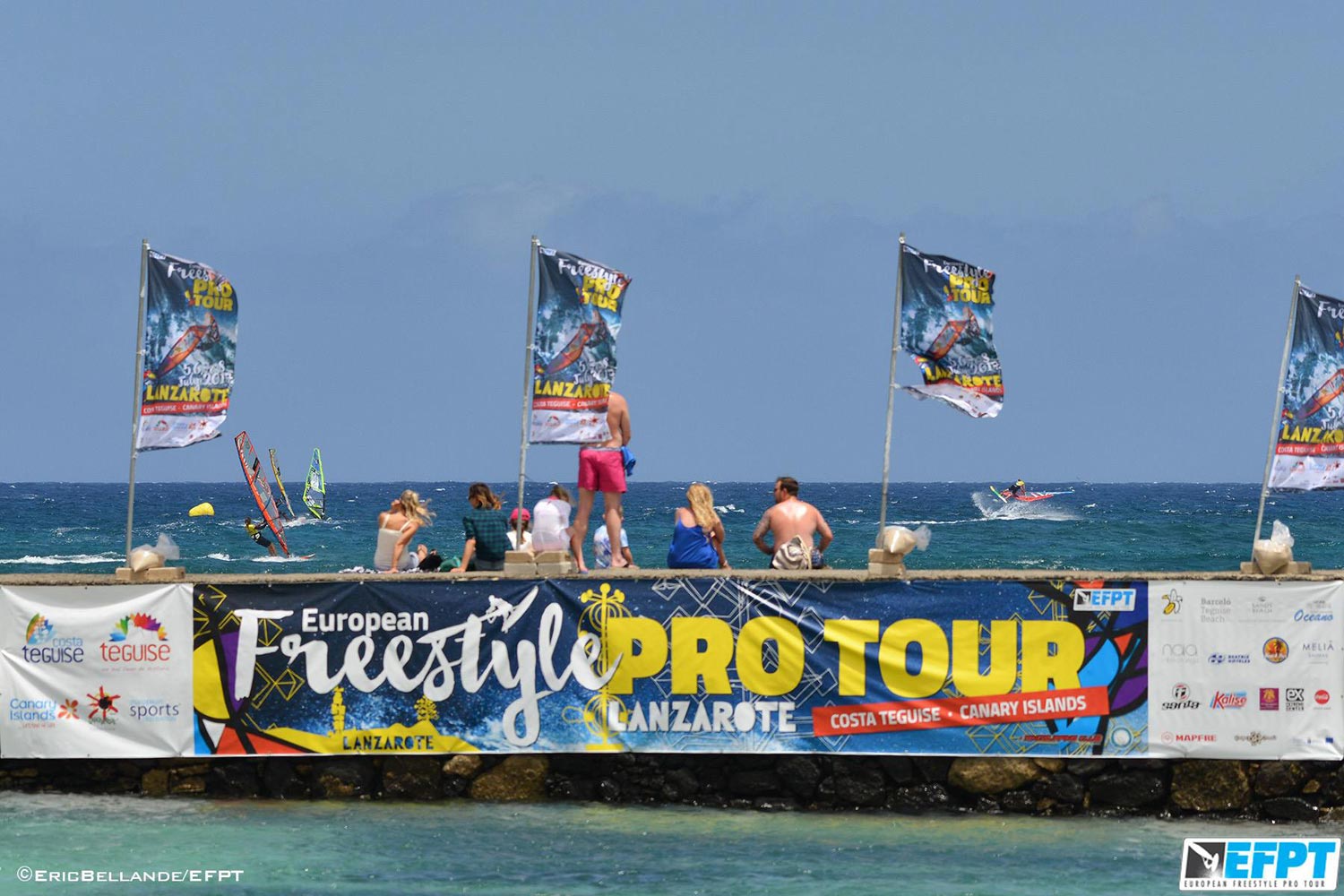 Antoine Albert from New Caledonia seemed to be on a mission to hit the top 4 positions again and took out Passani and Marca. He couldn’t go past young Sam Esteve though, who is ranked 2nd in the EFPT overall at the moment. Both riders had great moves and finished their heats with a Bonka and an Air Funnell into Burner right on the horn (Esteve). The 5:0 judges decision favored the Frenchie in the end, who had to then take on the current leader of the tour Jacopo Testa.

The next heat was a firework of high-class freestyle maneuvres. Esteve opened with a huge Culo and topped it up with a floaty Shaka and a Shove-it Spock. Whilst Testa had no good start by failing a Kabi, the Italian then went even bigger stomping a supernice Shaka and Bonka going out. Coming towards the beach he landed a Spock Culo straight into Esteves face, who matched this with a Pasko. Testa really put the pressure onto the young Frenchie by landing a Switch Forward and a superb fully planing regular Chachoo.

Even though Testa didn’t look as safe in his Spock-powermove combinations today, he dispatched Yentel Caers in the next heat in a 3:2 decision, to then take on Steven Van Broeckhoven in the final.

To watch the final was something else, concerning the style and technical difficulty of the moves that each rider pulled out of their sleeves. Testa went for a double Culo, a Kabikuchi into Spock, a Spock Culo on the wave and a perfect Bongka, whilst the reigning European Freestyle Champion landed a Burner Burner, an Air Funnell Burner, a super nice Shove it Spock and a powerful Pasko. Testa could take down Broeckhoven in a 5:0 decision and was shining again in the superfinal to take first place in the first double elimination. 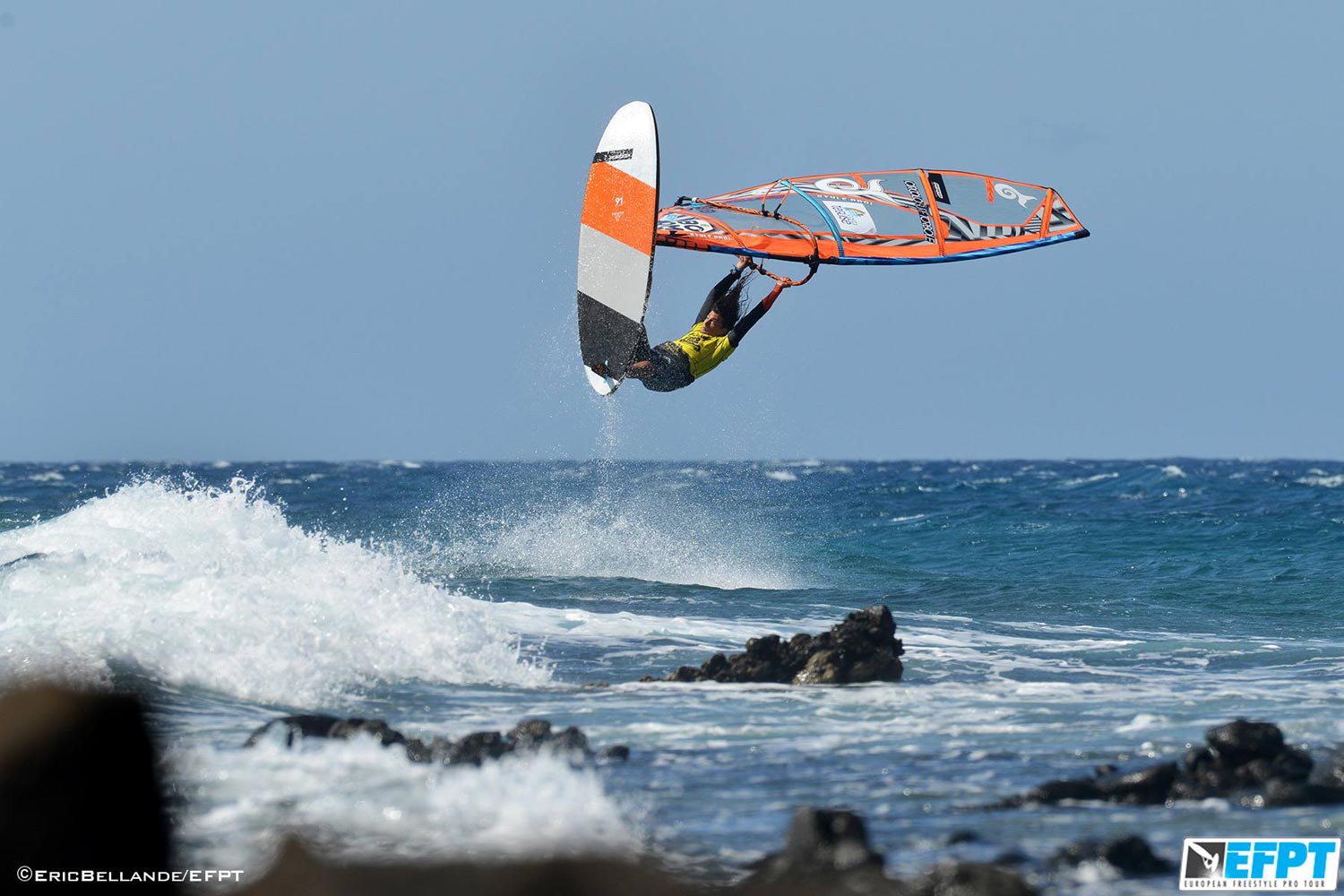 After a short lunch-break, the riders were sent out on the water again straight-away. With the waves picking up and creating some nice ramps, the afternoon promised to hold some serious action for the spectators.

The second single elimination also caused some upsets quite early in. Davy Scheffers, who showed some brilliant sailing in the Toro Andaluz earlier this year, took out the leader of the event Jacopo Testa in round two. However, the technically skilled Dutch sailor could not get past Tonky Frans who was on a mission of his own, after yesterdays disappointing results. With the waves getting bigger and bigger due to the dropping tide, Frans went for clean Pushloops, Backloops, Paskos, Air Chachoos and Forwards and mixed it up with powermoves on both tacks. Sam Esteve was then the one to advance over Frans in the semi-final. The losers final had then to be decided between Frans and the extremly talented sailor from Belgium Yentel Caers.

After another Belgian battle between Yentel Caers and Steven Van Broeckhoven, that has been decided once again in favor of the latter and Van Broeckhoven met Esteve in the final. The Belgian freestyle routinier threw a Double Culo and a Double Burner within the first minute of the heat and furthermore landed culo 360s, a Pushloop, a Pasko, a Backloop and a one handed Burner just to mark down a few. His younger JP/Neilpryde team-mate Esteve answered with some moves of his own like a Double Culo, Burner Funnells and no handed Burners, but couldn’t beat his opponent, which made Van Broeckhoven the winner of the second single elimination. 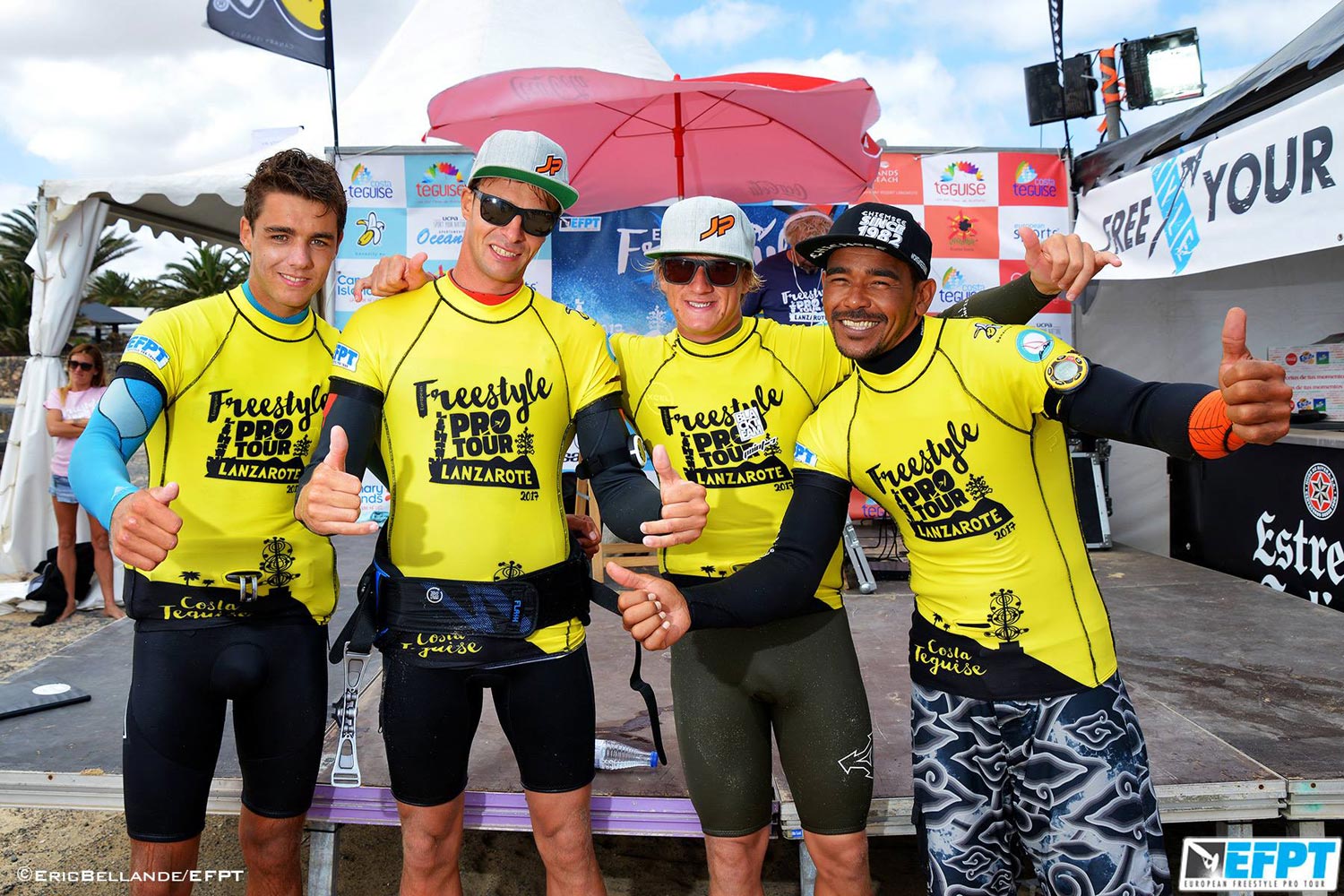