Day 3 of the EFPT IFCA Grand Prix at Lake Neusiedl, Austria saw a firework of tow-in moves. The wind didn’t kick in and Tom Hartmann, EFPT race director, started the second tow-in qualification for the Chiemsee EFPT Tow-In Championship at 2.00 pm. Davy Scheffers scored the most points of round 2 with 57 points. Local hero Max Matissek did not make it into the top 5, what was of course a disappointing result for him. He finished in 6th position. 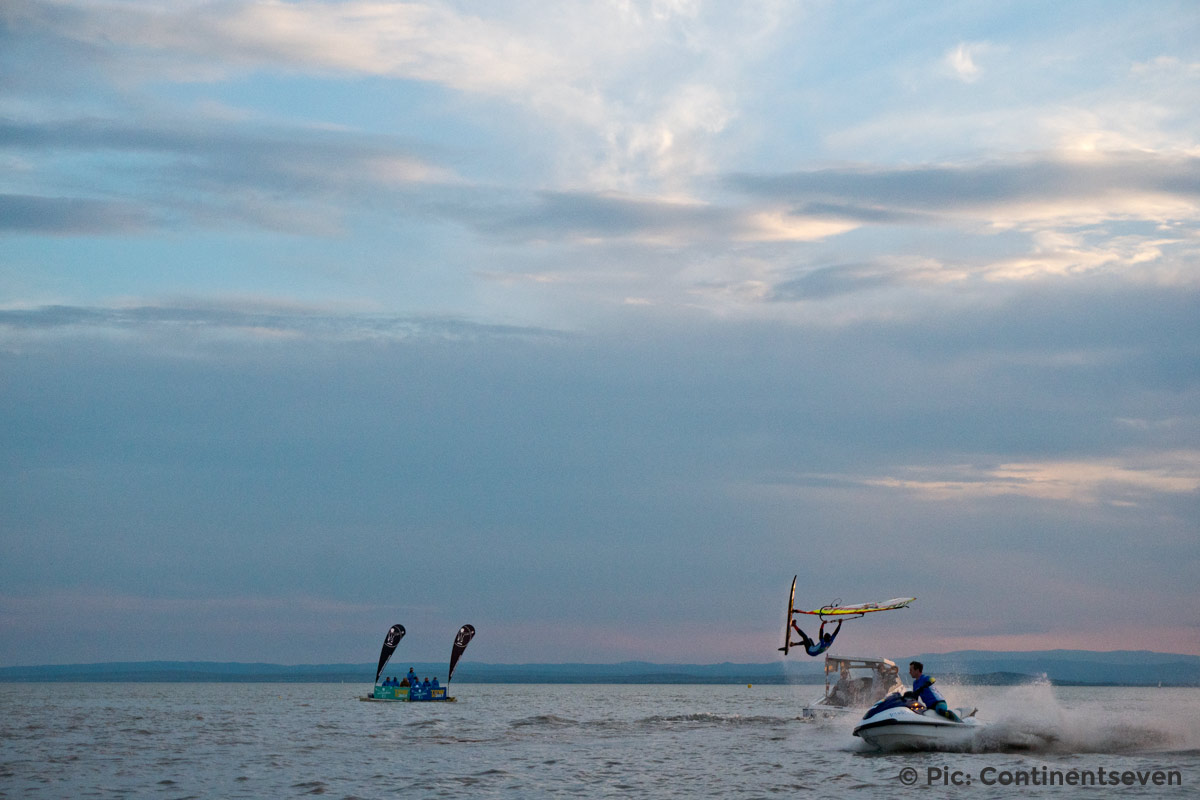 Around 6.00 pm the finalists gathered for their final runs. Each rider had to show 3 moves. Unfortunately Steven van Broeckhoven injured during his warm-up run – he complained about pain in his neck – and had to withdraw from the competition. We wish a quick recovery and hope it is nothing serious! Local hero Max Matissek was lucky as he got Steven’s place in the  tow-in final. 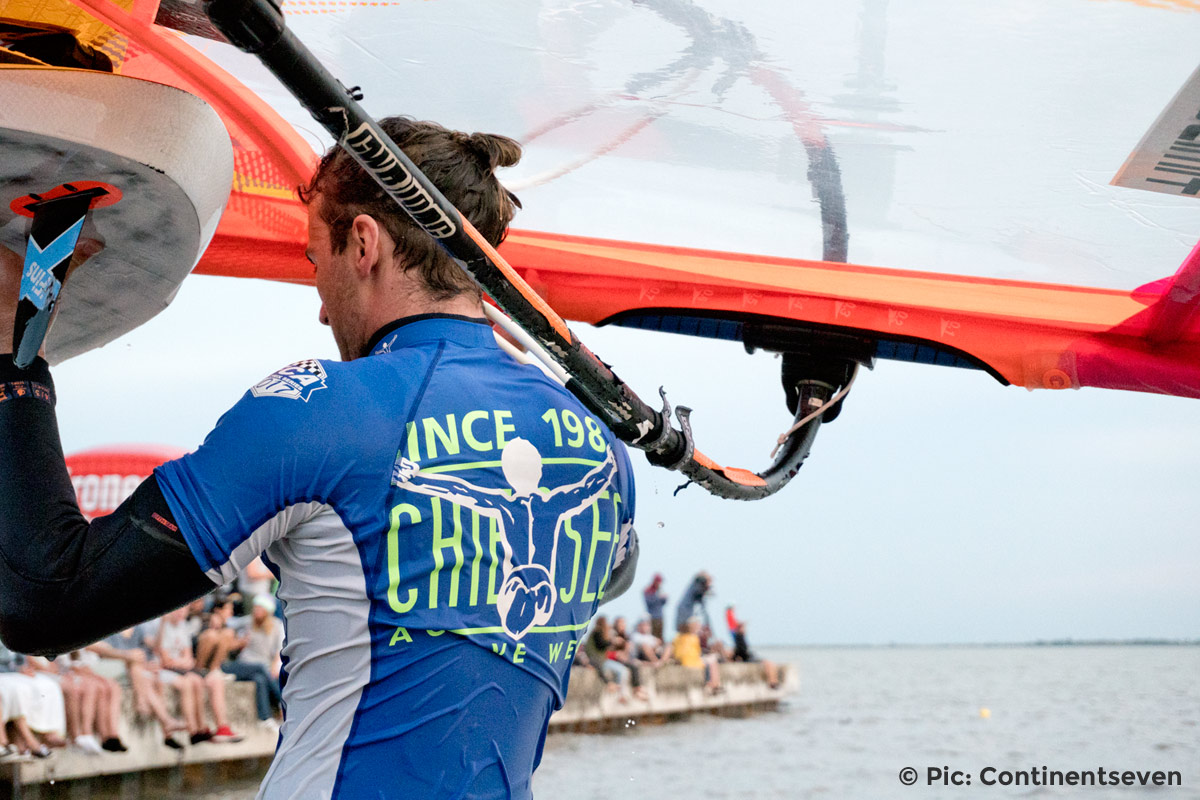 The conditions during the final weren’t easy as the water surface was very choppy due to some gusts from the south. But no problem for the French armada of world class freestyle windsurfers. They dominated the competition. 19 year-old Sam Esteve landed a new triple rotation, which he named “Samair”. There was no doubt about it, that this would be the winning move and Sam would win his first EFPT Tow-In competition.

The “Samair” by Sam Esteve 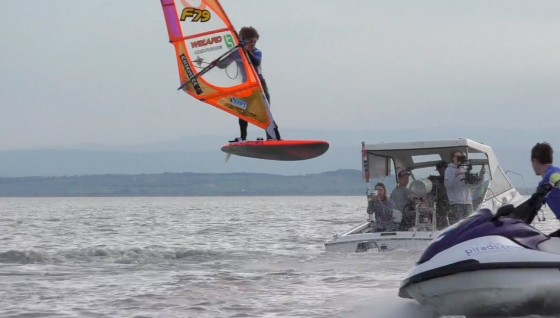 His fellow countrymen Nico Akgazciyan and Julien Mas made it in 2nd and 3rd place. Tonky Frans again showed a great performance and made it in 4th. Local rider Max Matissek completed the top 5.

Sam Esteve is not only a tow-in specialist, we can expect great windsurfing action from Sam Esteve as well. All, who watched his latest clips, know about his skills. 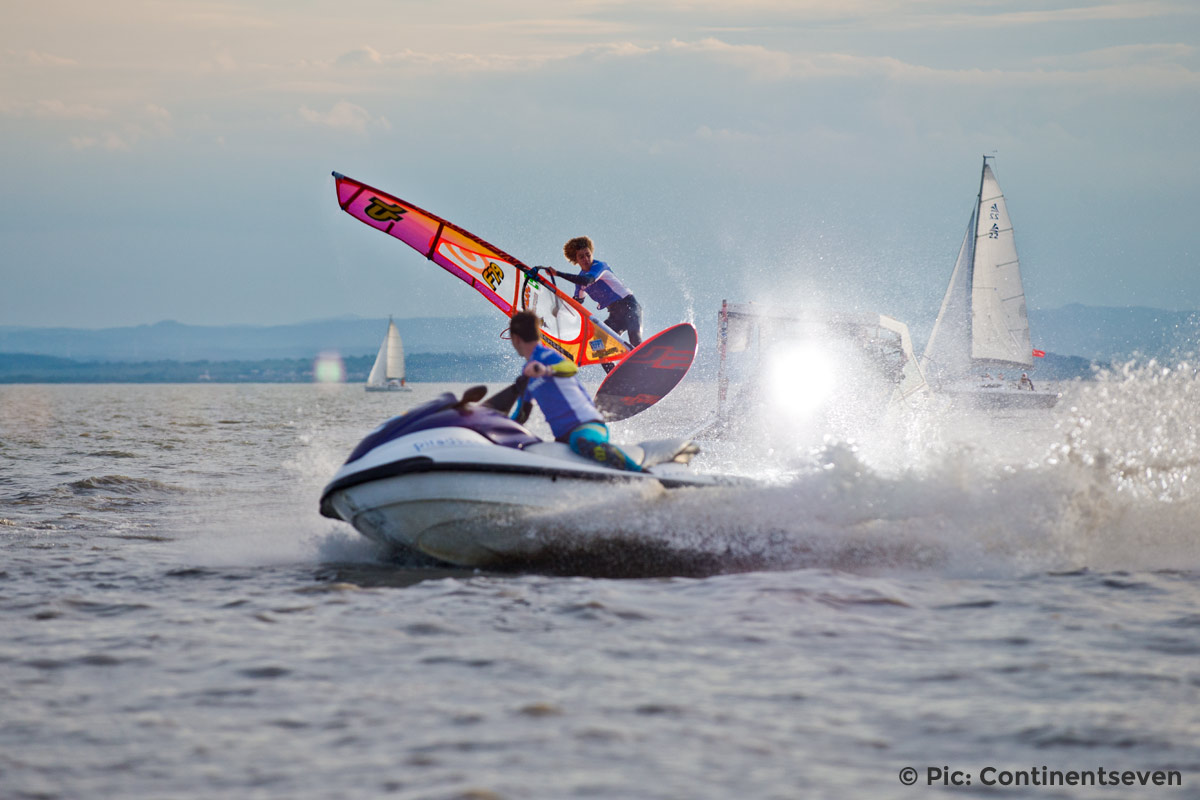 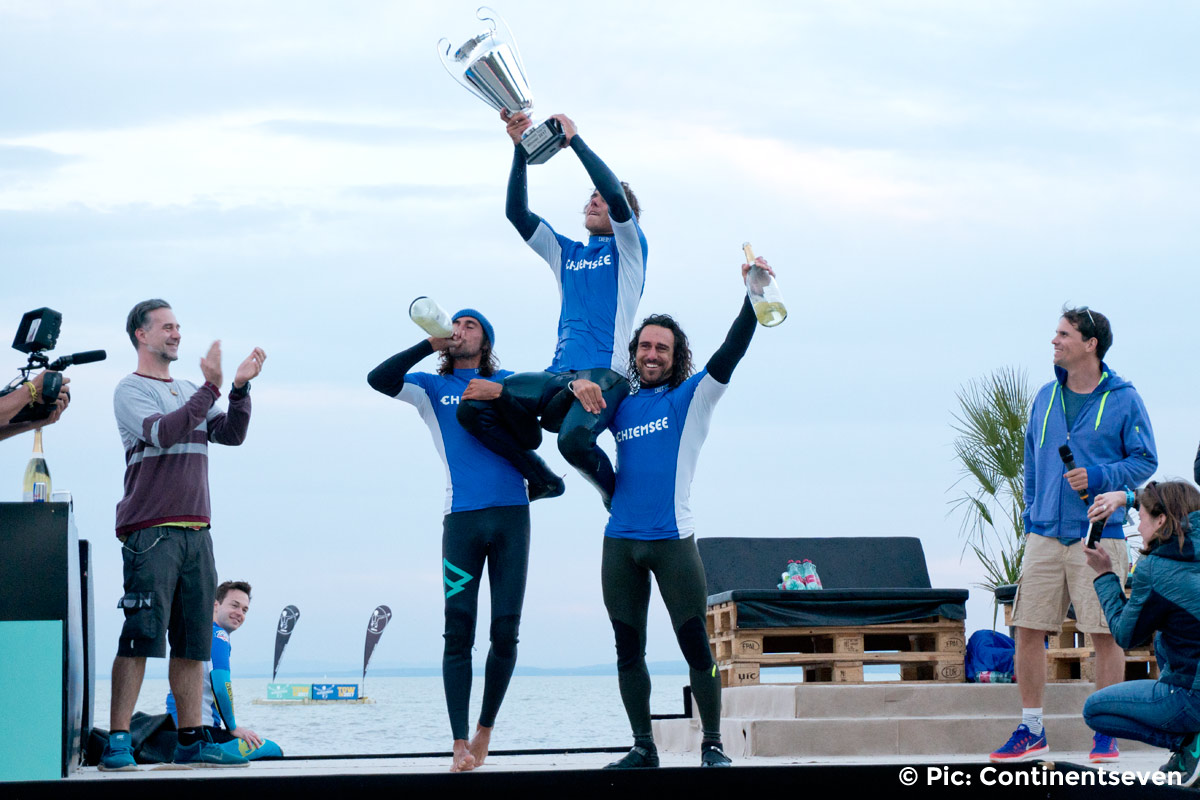 Tomorrow is the final day of the event and we can expect some wind from north western direction, which should kick in around 10.00. The skippers meeting is scheduled for 10.00. We are ready to capture some action! 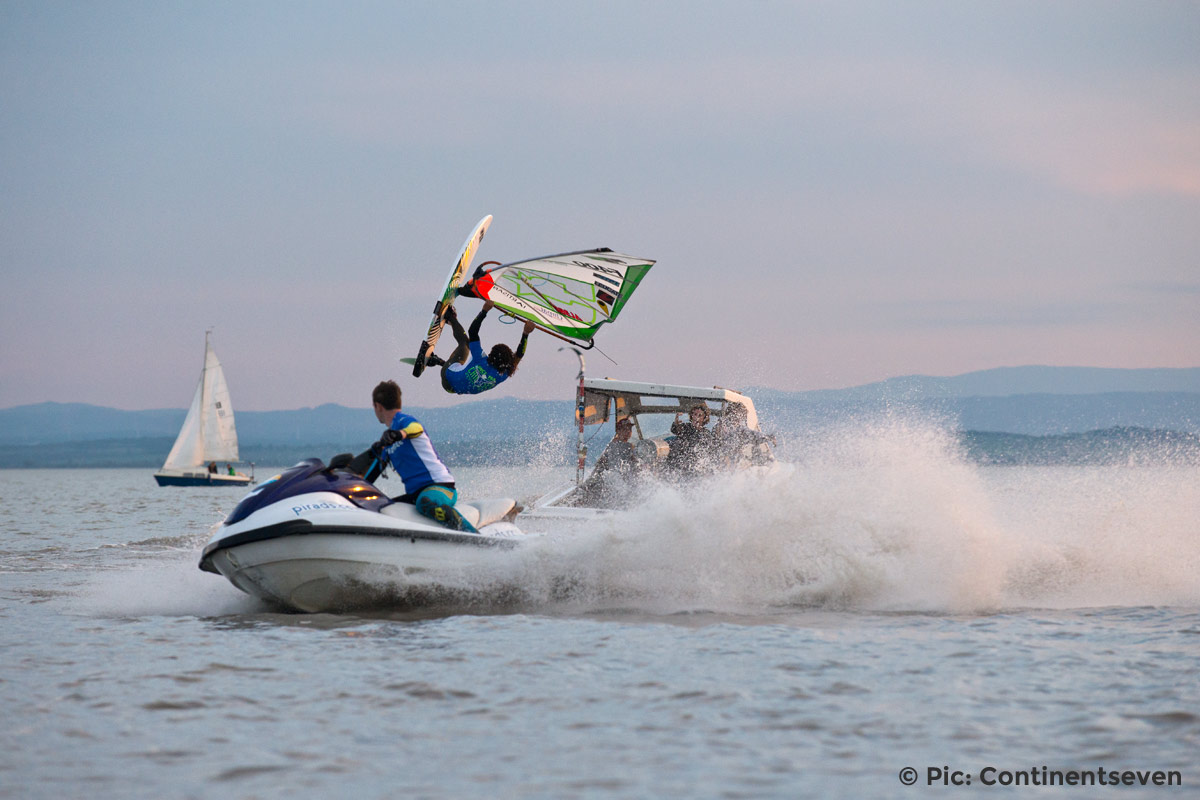 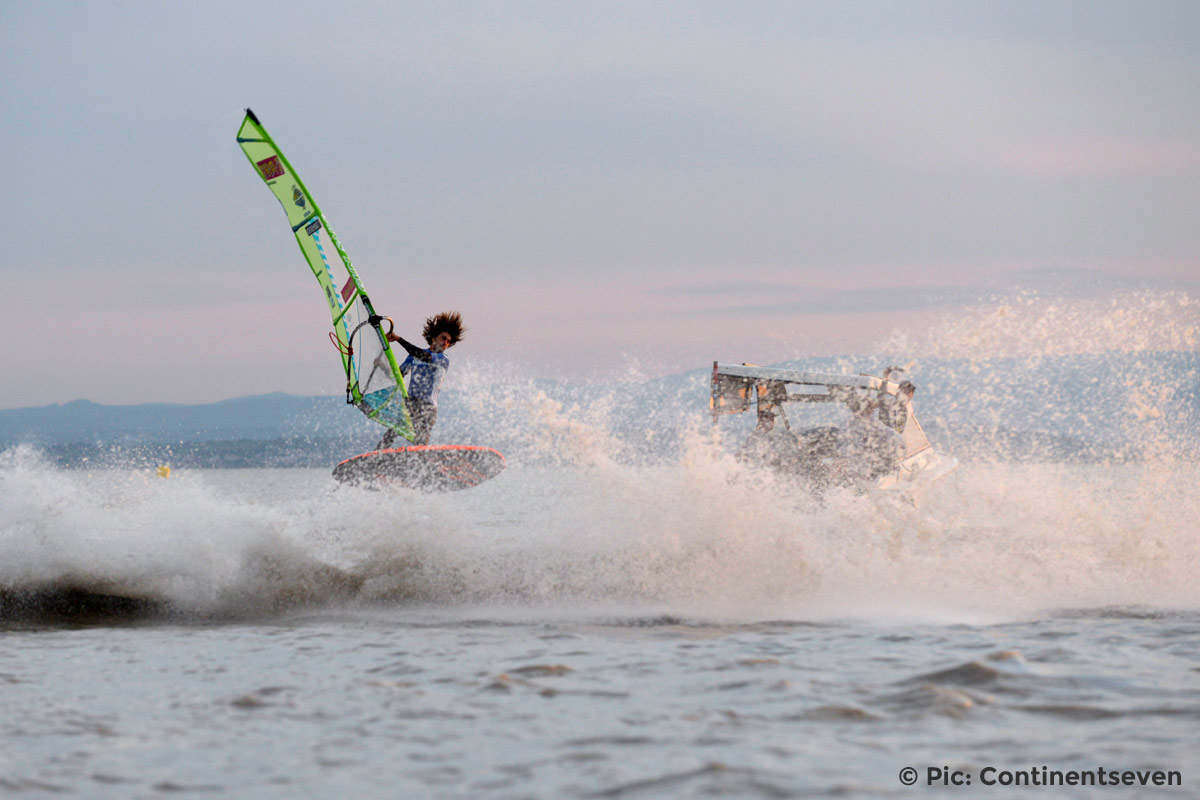 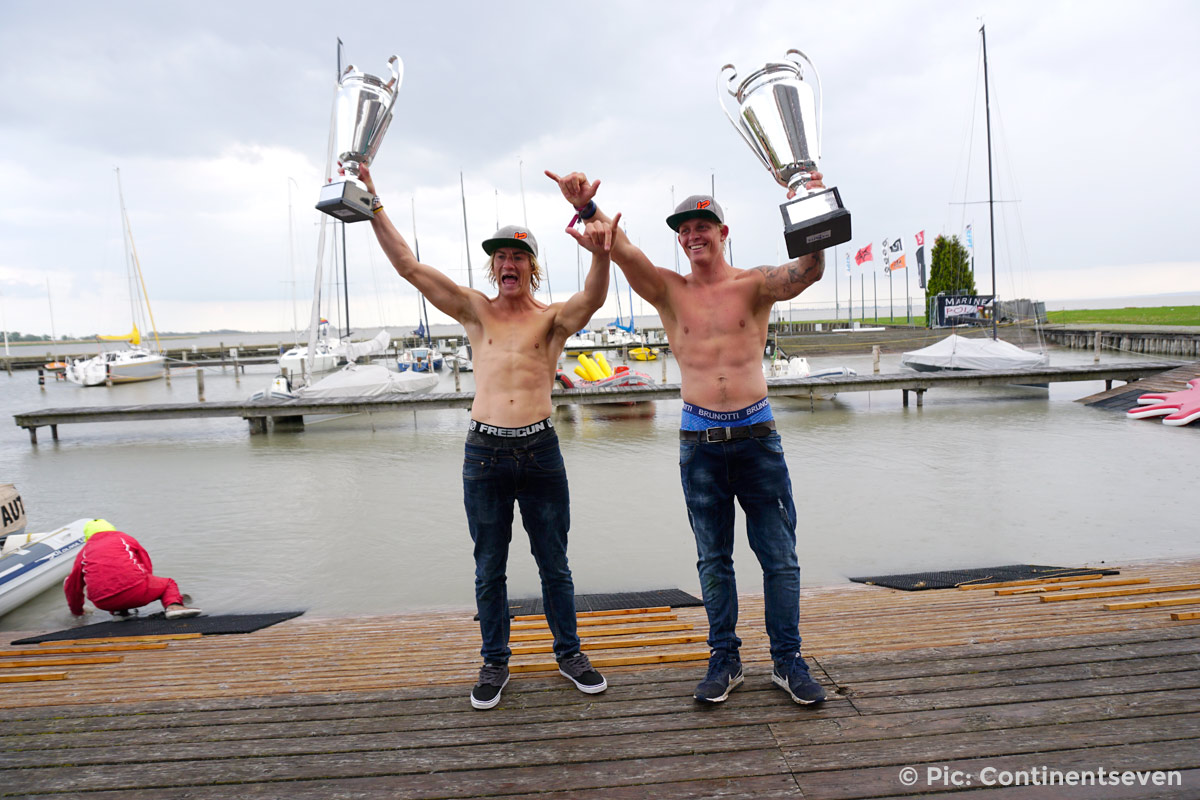 Amado Vrieswijk wins the first EFPT event of the 2017 season in front of Yentel Caers and Jacopo Testa. Read more. 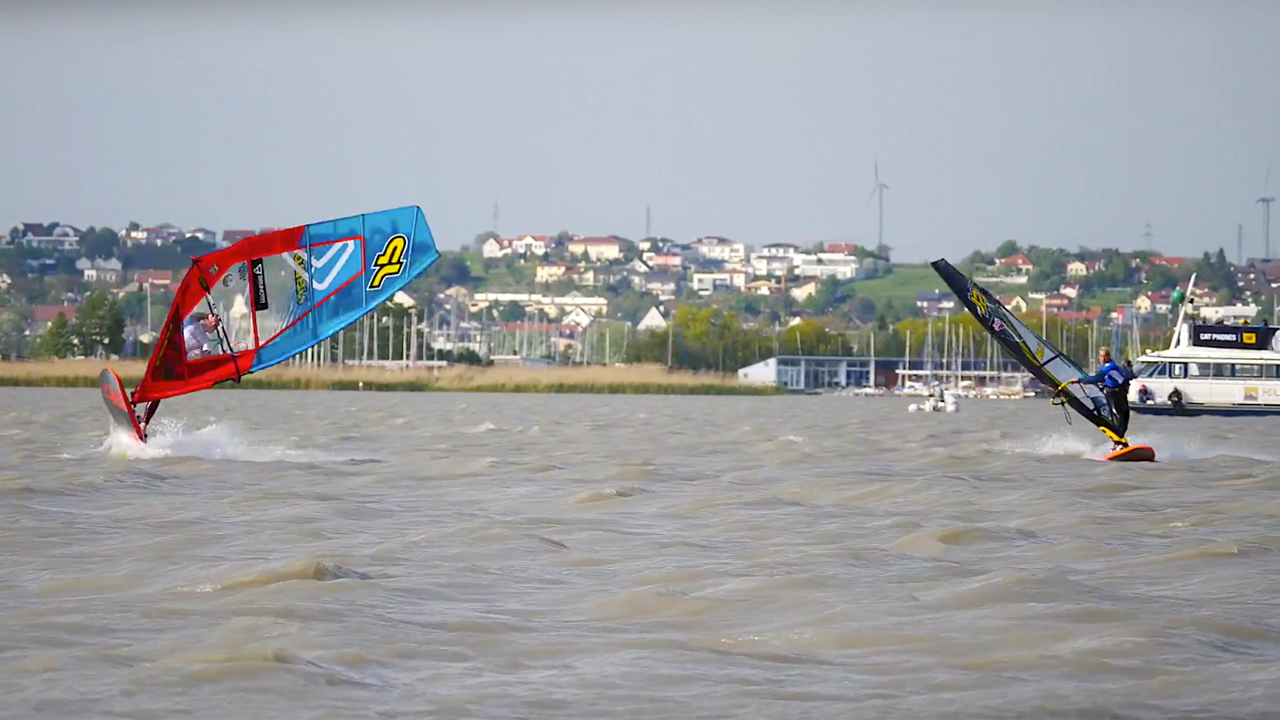 Watch a video recap from the windsurfing competition at the event produced by Adam Sims.