With very light wind forecasted for the second day of the event, the first tow-in qualification fleet was sent out on the water for the  Chiemsee tow-in championship. Antoine Albert, Tonky Frans, Julien Mas, Amado Vrieswijk, Nicolas Akgazciyan, Loick Spicher, Marco Lufen, Riccardo Marca, Max Brinnich and Eliran Levi were the first ten to battle it out for the five available places in the final.

Result Tow in Qualification Round 1:

Tonky Frans wins Chiemsee Tow-in qualification round 1 at the Surfworldcup in Neusiedl, Austria

Amado Vrieswijk, who showed a double air culo in training last weekend and who was one of the contenders for the win, lost the footstraps in both of his runs and couldn’t make it into the final.

Antoine Albert from New Caledonia was going for his signature move, the Skopu in his first run, without using the wave as a ramp, but couldn’t land the trick. In his second round though he went all in and circled through a mega fast Burner Diablo (42 points). Swiss windsurfer Loick Spicher was one of the few riders going into the move regular stance. He stomped a perfect Culo and scored 42,5 points. Julien Mas pulled an amazing one handed Air Burner 360 (43,5 points). Nicolas Akgazciyan who is always one to watch out for, landed a sick Air Burner Funnell, with one and a half rotations being completely in the air (45 points). The winning move was performed by no one less than world famous sailor Tonky Frans. Tonky reached some serious height in a Skopu.

Two days are left for the event and at the moment the forecast for Sunday looks quite promising. 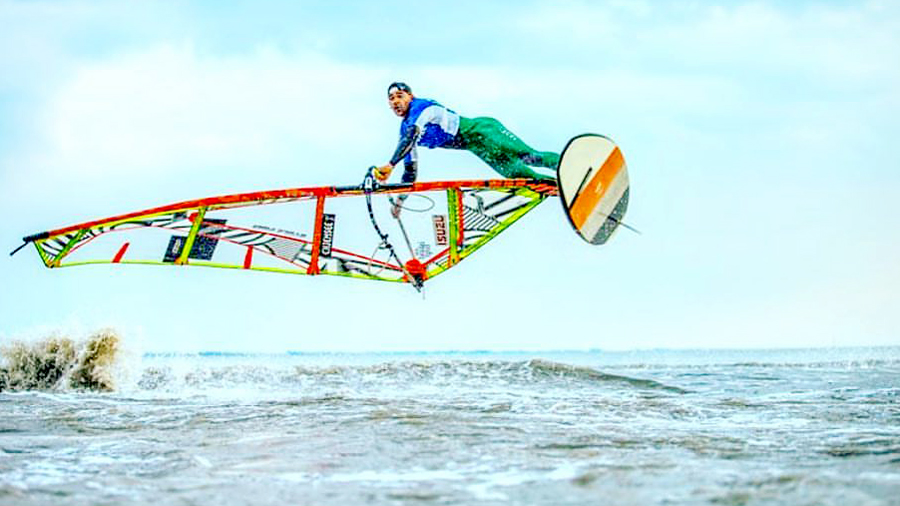 Report and video from the opening day of the event.