Amado Vrieswijk and Sarah-Quita Offringa are the winners of the 2015 EFPT DAM-X event at Brouwersdam.

On the final day of the DAM-X event at the Zeil- and Surfcentrum in Brouwersdam the east wind finally kicked in. After an early skippers meeting at 8am the competition started at 9:30. For several hours the conditions were suitable for 5.2s, but just around midday the wind dropped. Luckily the wind returned and the organizer crowned their DAM-X champions during sunset.

The heat area was a a bit outside, as winds from eastern directions do not fill in all the way to the beach. But we saw great freestyle action in 12 to 20 knots. Most of the riders were on their 5.2m to 5.4m sails and showed big moves like Konos, Culos, Burners, double Spocks, Willyskipper Combos, double Spocks and much more.

Amado Vrieswijk and Dieter van der Eyken made it into the winners final and sailed a great heat. Amado Vrieswijk convinced the judges and won his first international event in his career. Congrats Amado!

Sarah-Quita Offringa, who actually does not like the cold, but who seems to get used more and more to colder temperatures, borrowed a bigger sail from Steven van Broeckhoven and won against Brouwersdam local Maaike Huvermann. The level was good, both pushed hard, but Sarah-Quita landed a Culo and a big Shove-it Spock, which made the difference in the end. Congrats to the European title Sarah-Quita!! 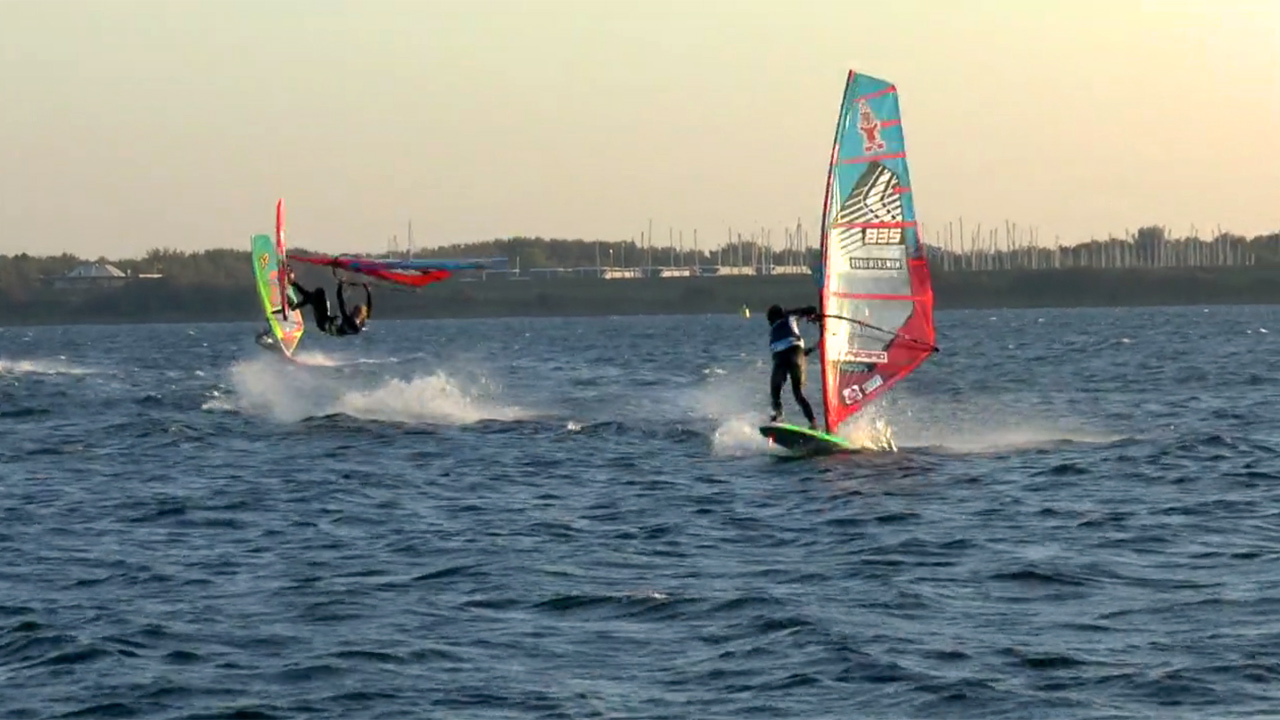 Check out the recap video from the 2015 EFPT DAM-X event at Brouwersdam in the Netherlands.