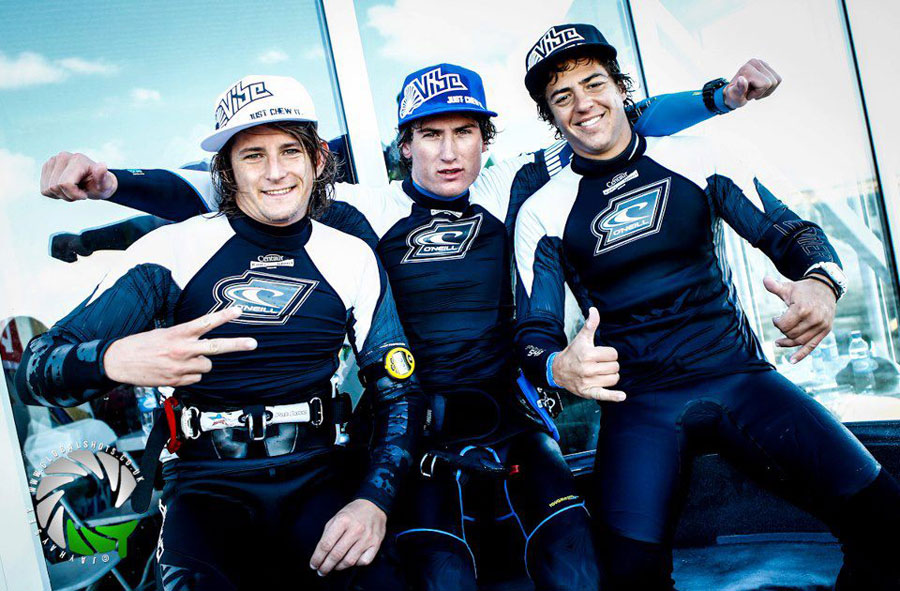 Starting the double at 9.30 am this morning it became obvious quite quickly who went into it with the intention to make a come back! F2 rider Nikos Athansiou from Greece won two of his heats against Will Rogers and Malte Hecht to then be just stopped by Adrian Beholz. Nikos showed a strong repertoire on moves including power moves and very technical maneuvers like a switch Flaka. 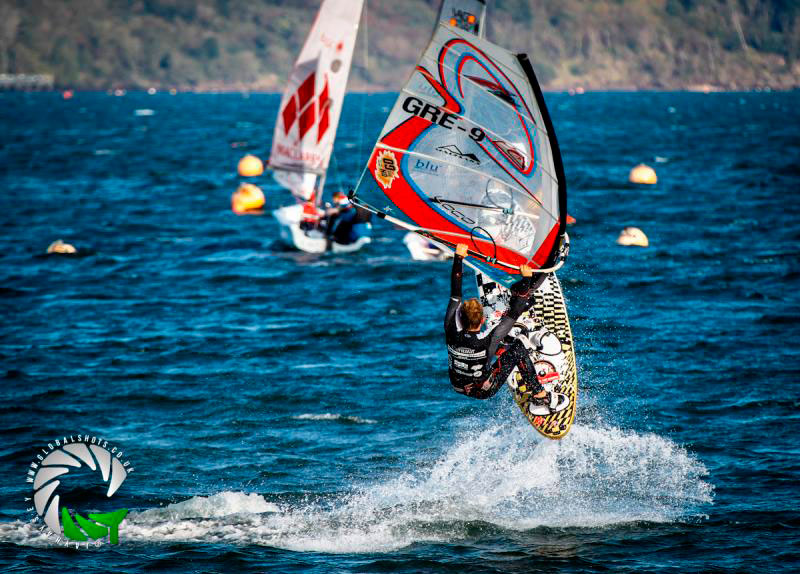 Pro freestyle windsurfer of Slovenia Andraz Zan managed to climb up in the double elimination ladder after having a rather disappointing result in the single. He faced Adam Sims and Julien Mas who he defeated with routine until young Rick Jendrusch dispatched him before he could step up into the top five. F2 team member Jendrusch showed a strong performance and sailed five heats in the double also taking out Jeremy Plüss from Switzerland, Adrian Beholz from Germany and even UK top rider Andy Bubble Chambers. Only Adam Gavriel from Israel could stop the rookie with a sick style in all of his power moves and made Jendrusch end up in 4th place! The wind dropped a bit in the heat for the second and third place between Gavriel and Dieter Van der Eyken but clearly favored Van der Eyken.

Davy Scheffers was already preparing on the beach, listening to music and being fully in the zone to be able to defend his first place of the single. The final battle of the Dutch rider against Dieter Van der Eyken was expected with excitement. Scheffers sailed a very strong heat again nailing a regular Chacho, a huge air Funnell and massive Culos while Van der Eyken sticked Shakas and one handed Shakas both ways, Esliders both ways and also a switch Flaka just to name a few moves from each rider. Still it seemed that Dieter lacked a bit of power and Davy won by a five to zero decision.

Davy Scheffers: “Yeah!!! I just won the double elimination as well, once more it was me and Dieter in super light winds. This means I will probably win the event here in Weymouth as we have still one day to go and the forecast is really bad looking… One thing is for sure, I will take the European freestyle title of 2012!!!”

The results after the full double elimination are as follows:

[…] around the clock event videographer Josh Willmot has finished the official event movie of the EFPT Centaur King of the Wind. It features the windsurf and tow-in action at the final of the European Freestyle Pro Tour in the […]