During the European summer the Austrian Chris Czadilek travelled to Jericoacoara and met local windsurfer Edvan Souza (BRA-250) for the first time. They became friends and started to work on a movie. The outcome is a 15 minutes long short documentary called “EDVAN” and shows some incredible action. The short documentary will be released today, Friday November 20 and you can expect some awesome air moves. We had a chat with both about the making of the clip. Check back later for the full clip. 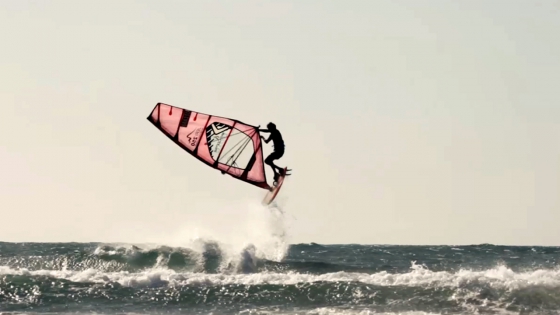 Continentseven: What have you been up to since you stopped competing on the PWA tour in 2013?
Edvan Souza: I never stopped windsurfing since I competed the last time in the PWA. I opened a windsurfing center in Jericoacoara together with some friends and that’s why I stopped to compete.

Continentseven: Your windsurfing level is very high, although you aren’t competing in international competitions at the moment. What motivates you to keep on training?
Edvan Souza: Just because I love windsurfing and I could not imagine a life without it.

Continentseven: How did it happen, that Chris Czadilek made a movie clip featuring you?
Edvan Souza: To be honest I always wanted to have a video about me, my life and it just happened when Chris arrived. We were talking about a short clip and started to film. I think he was so stoked to see how it turned out and so we decided to do a longer movie. So for me a dream came true.

Continentseven: You were in Jeri for holidays? And when did you decide to make a film about Edvan?
Chris Czadilek: Yes we have been to Jeri for two months, but not during the European winter. We spent more than 8 weeks during July, August and September there.  That’s a hard question, but I think it was when we were at a party together and started talking about a short video about his windsurfing because he doesn’t have one.

Continentseven: Did you know Edvan from before or where did you meet for the first time?
Chris Czadilek: No, to be honest I had no idea who he was. The first time I met Edvan was in JERI250, his windsurfing center, which was next to the station where we stored our stuff. 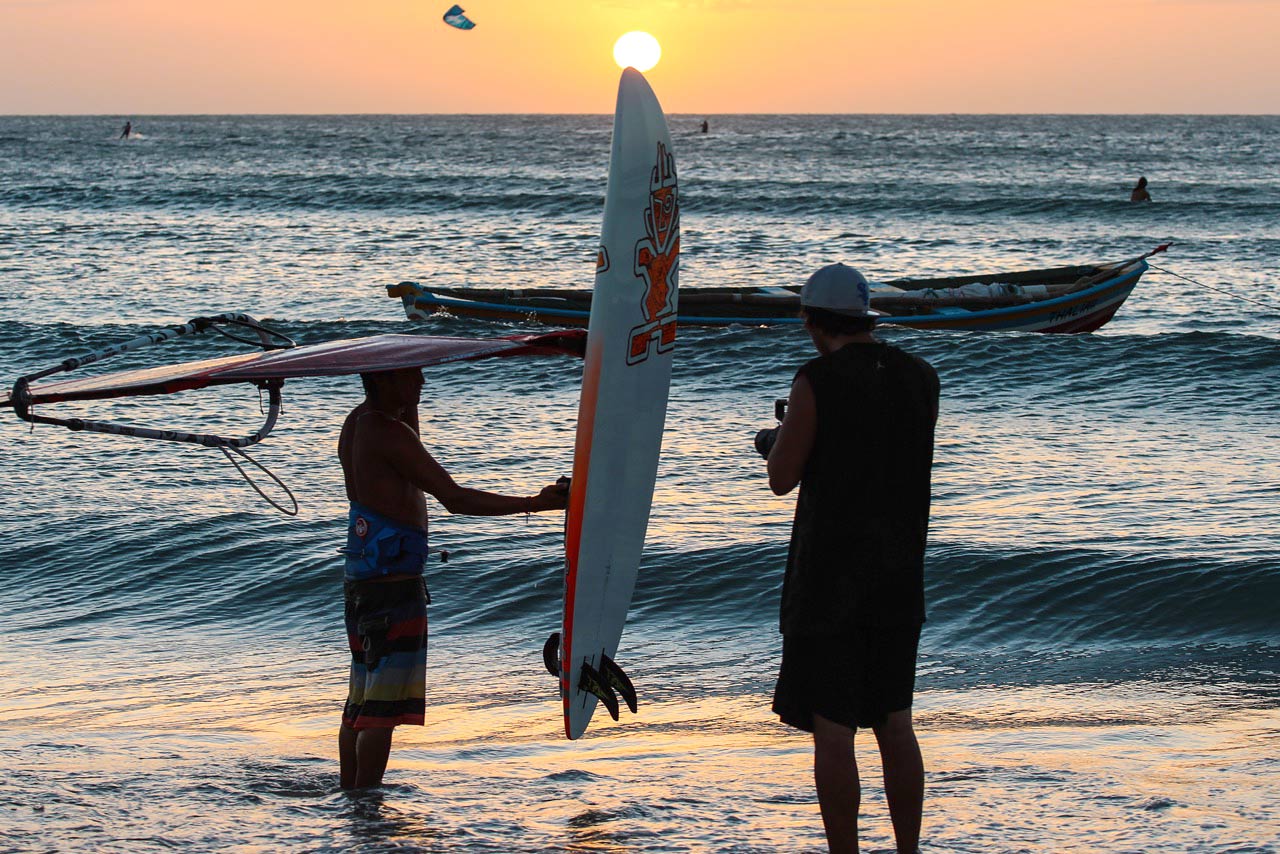 Chris and Edvan at work

Continentseven: What do you want to show with this movie clip?
Chris Czadilek: I want to show the person behind the amazing windsurfer he is. Everybody sees him sailing, but nobody knows which great personality he has. Furthermore I wanna show the story of a friend.

Continentseven: How long have you filmed for the movie and at which spots?
Edvan Souza: I think we spent like one month of filming together. Of course the main spot is Jericoacoara, but there are some shots from Malhada and Guriu in the movie. These two spots are around six kilometers away from Jeri.

Continentseven: You were competing in freestyle, but you always impressed with your high jumps. Is this what you love about windsurfing? Jumping?
Edvan Souza: Yes, I love to go as high as possible. I want to go higher and higher every day.

Continentseven: In the movie you show freestyle tricks with your twin fin wave board. Is this the board you always use?
Edvan Souza: I have a freestyle board, too but I never use it because I don’t like to change the board all the time and I really like my board because I can do wave and freestyle.

Continentseven: Will we see a return of Edvan Souza at international competitions?
Edvan Souza: I really want to compete again but at the moment I don’t have any sponsor so it’s really hard to take part in the PWA. Actually I want to do the American Tour and the Aloha Classic next year so I hope I can find a sponsor deal soon. 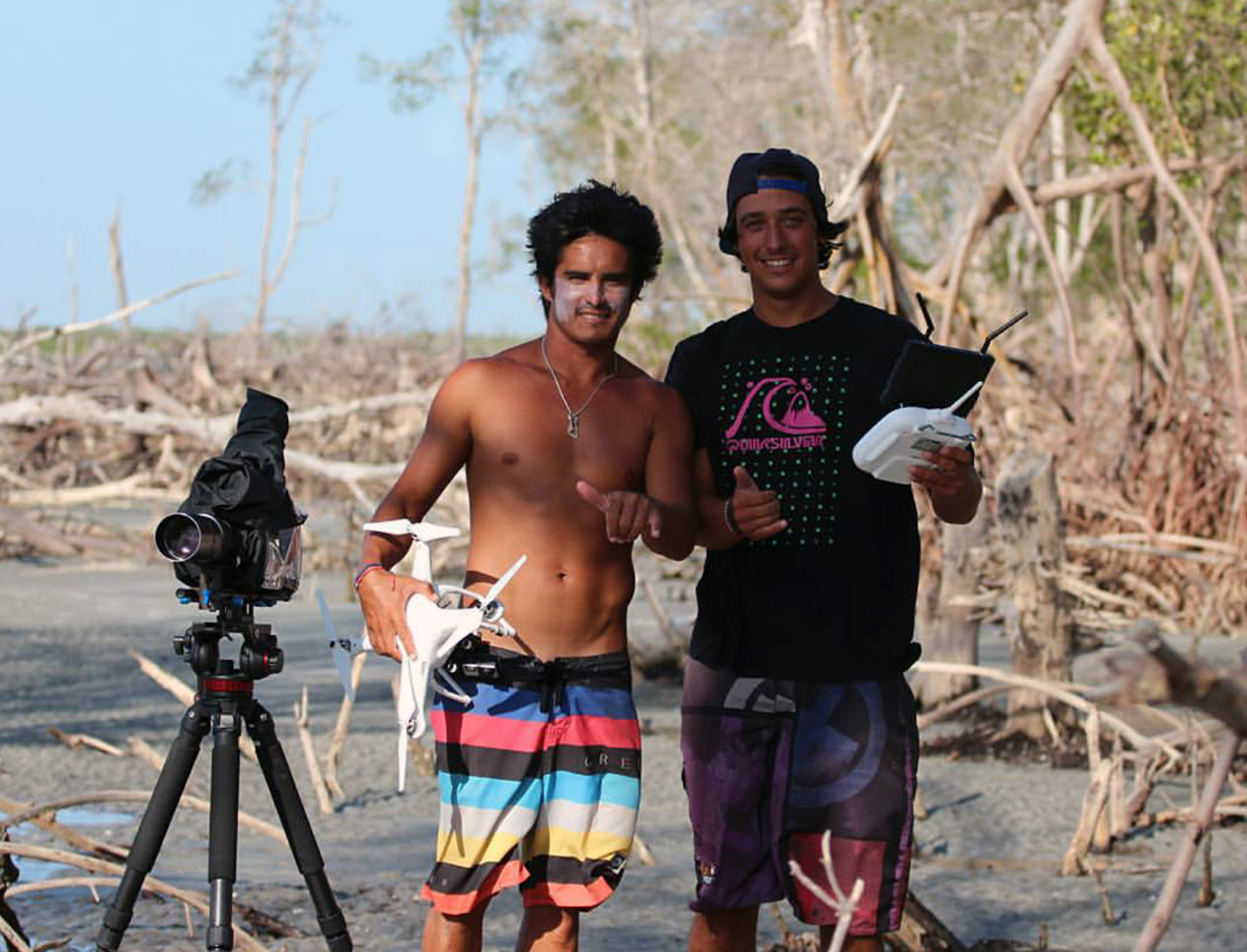 Edvan and Chris during a break nearby Jeri

Continentseven: Who was working on this film?
Chris Czadilek: I got a lot of help from Max Brinnich and his brother Mo, my sister Martina and of course some locals like Hugo, Jonathan, Jahdan and of course Aurora, Edvan’s wife, who helped me with the translations.

Continentseven: What will be your next project?
Chris Czadilek: At the moment I’m running some small projects, but the next bigger one will be a movie with the Austrian freeskier Luca Tribondeau.

Continentseven: Do you want to add something?
Chris Czadilek: Yes. I had a lot of fun making this film together with Edvan and I wish him the best for the future and like we used to say: we came as tourists and left as friends. Enjoy the film!