A double Culo is already a very difficult move, but without wind ….? No problem for Kiri Thode, he won the Chiemsee European Tow in Championship 2015 at Podersdorf, Lake Neusiedl with this Double Culo. Kiri Thode’s Double Culo was seen for the first time during a European Tow-In Championship and was honored with 53 points which was also the highest score of the whole competition. Kiri Thode, who is from Bonaire, has a Dutch passport and can therefore legally be European Champion. 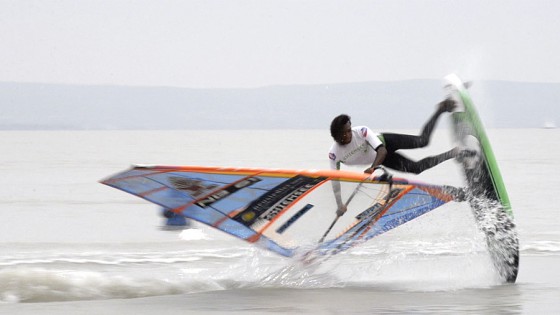 Wave windsurfing in Lanzarote
26. May, 2020 by Tomás Barreiro
Ups… Hi Samuel, you are completely wrong… and chatting about freedom, yours ends where mine begins, ...
This website is using Google Analytics. Please click here if you want to opt-out. Click here to opt-out.
We use cookies to ensure that we give you the best experience on our website. If you continue to use this site we will assume that you are happy with it.OkNoRead more