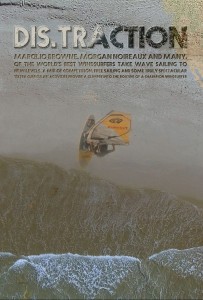 DIS.TRACTION gives a little insight into the world of Marcilio Browne and Morgan Noireaux. The film follows Marcilio and Morgan to the PWA World Cup in Pozo Izquierdo, where they also had a longboard session in the mountains of Gran Canaria. The film shows some great action from the the season’s final wave contest on Maui and from Jaws and follows Marcilio inside the shape room of Keith Teboul.

We caught up with Olaf Crato, Marcilio Browne and Morgan Noiraux to talk about this movie project.

CONTINENTSEVEN: Marcilo and Morgan, how are you doing and how is it going in Maui?
MARCILIO BROWNE: Not a lot of sailing, but the days we had have been very special, quality waves and not crowded. Great time to test gear. I’ve been playing with some new sails and boards recently. Slowly people have been starting to arrive. I am looking  forward to sail with all the boys again soon.

MORGAN NOIREAUX: I’m doing well. I hurt some tendons in my foot back in November, nothing to bad but I re-injured it a few times since, so at the moment I’m out of the water and getting my foot back to 100%.

CONTINENTSEVEN: Olaf captured some great footage for his new film DIS.TRACTION. Are you happy about the outcome?
MARCILIO BROWNE: Yes, it’s always fun to work with Olaf. He is such a nice guy, very friendly and easy going. The way we went about doing this movie was mellow and made the whole project super enjoyable.. I think he and his crew did a great job on showing a good mix of action, lifestyle, landscapes and mix of riders. I also like the professionalism of his work. His shots are always unreal and very high quality. We were pretty much just doing what we do and he was filming it. It wasn’t anything much different from what we do here on a daily basis.

MORGAN NOIREAUX: “It was really cool to be a part of Dis.traction. I’ve known Olaf for a long time and we worked on BLACKWATERS together so I new that it would be a fun project. Brawzinho also happens to be one of my favorite sailors so it was cool to have a part in it. Since the movie was focused on Braw my job was pretty easy haha. I just had to go out sailing, and then mountain biking and skateboarding. Not to bad!“ 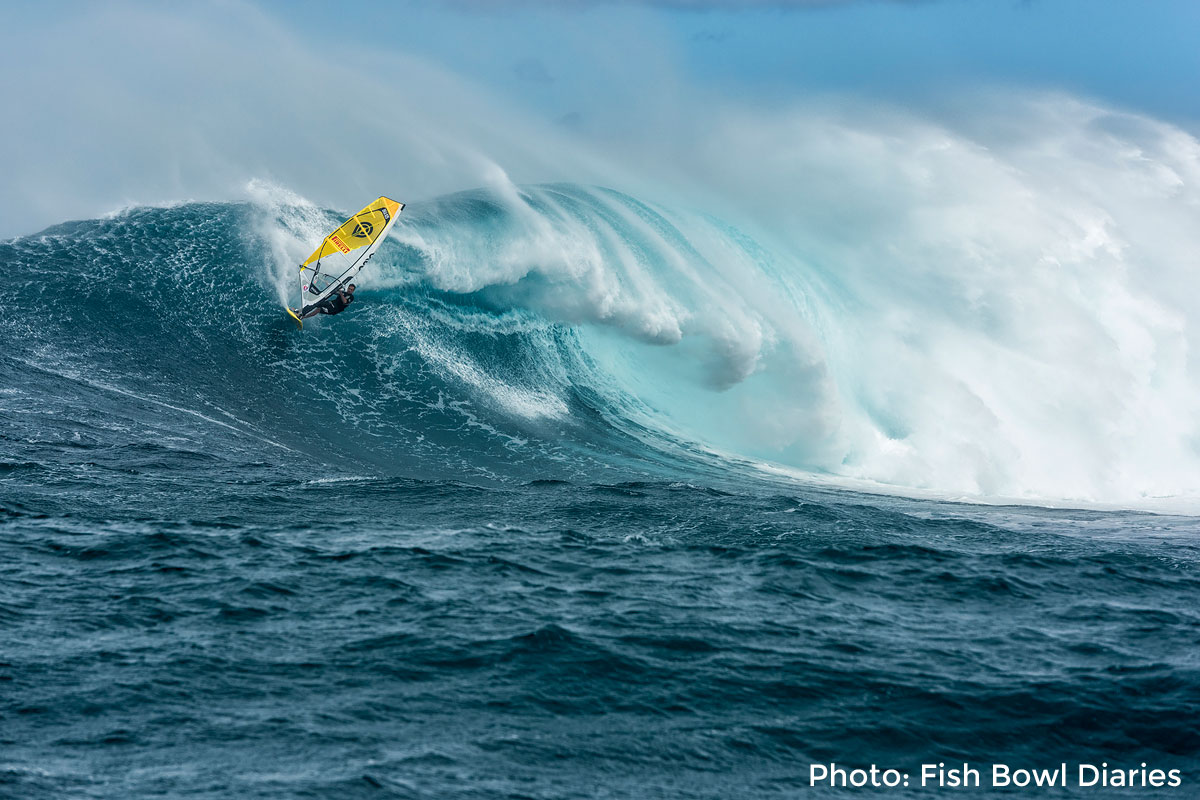 CONTINENTSEVEN: Olaf, you already knew Morgan from the movie “Blackwaters”. How was it to work with Marcilio?
OLAF CRATO: In a word, great! He knows what he wants and how to get it. He’s not too shy to tell you if he doesn’t like something which makes working with him very easy and efficient. Coupled with his natural laid back attitude off the water he’s fun to be around.

CONTINENTSEVEN: Marcilio, do you like to be part of film productions?
MARCILIO BROWNE: Yes 100%. As a kid I was always looking for the latest films and some of my idols video sections inspired me the most to go and sail. I was not a huge follower of contests at the time. I really enjoy watching wave sailing in quality waves and whenever I have the opportunity to work what that way myself I always say yes.

CONTINENTSEVEN: Morgan, how was it to film with Marcilio together?
MORGAN NOIREAUX: I didn’t film a whole lot with Braw but what we did film was fun. I don’t think there’s a better person to watch and want to make you push yourself. He’s always trying crazy stuff and landing most of it perfectly. 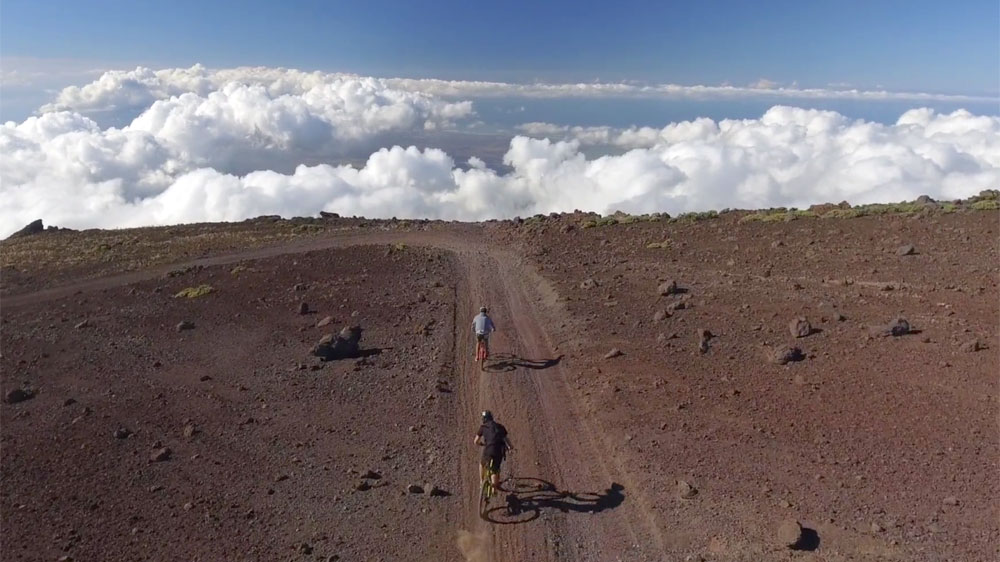 CONTINENTSEVEN: Olaf, for how many days did you shoot and when?
OLAF CRATO: We shot three weeks on Maui and one week in Gran Canaria. We spent the better part of November last year on Maui filming, Gran Canaria was a week in summer during the PWA event, where, incidentally the idea for Dis.Traction was born.

CONTINENTSEVEN: Where did you edit?
OLAF CRATO: All post production was done in Germany, with the audio part done in a studio in Innsbruck, Austria.

CONTINENTSEVEN: What camera gear did you use?
OLAF CRATO: Dis.Traction was exclusively shot on Sony gear, FS700 with an Odyssey Raw recorder to be exact. This set up let us shoot 4k resolution up to 100fps, but I have to admit that in the meantime we have traded this rather cumbersome setup in for something equal in specs but more compact and quick to handle. 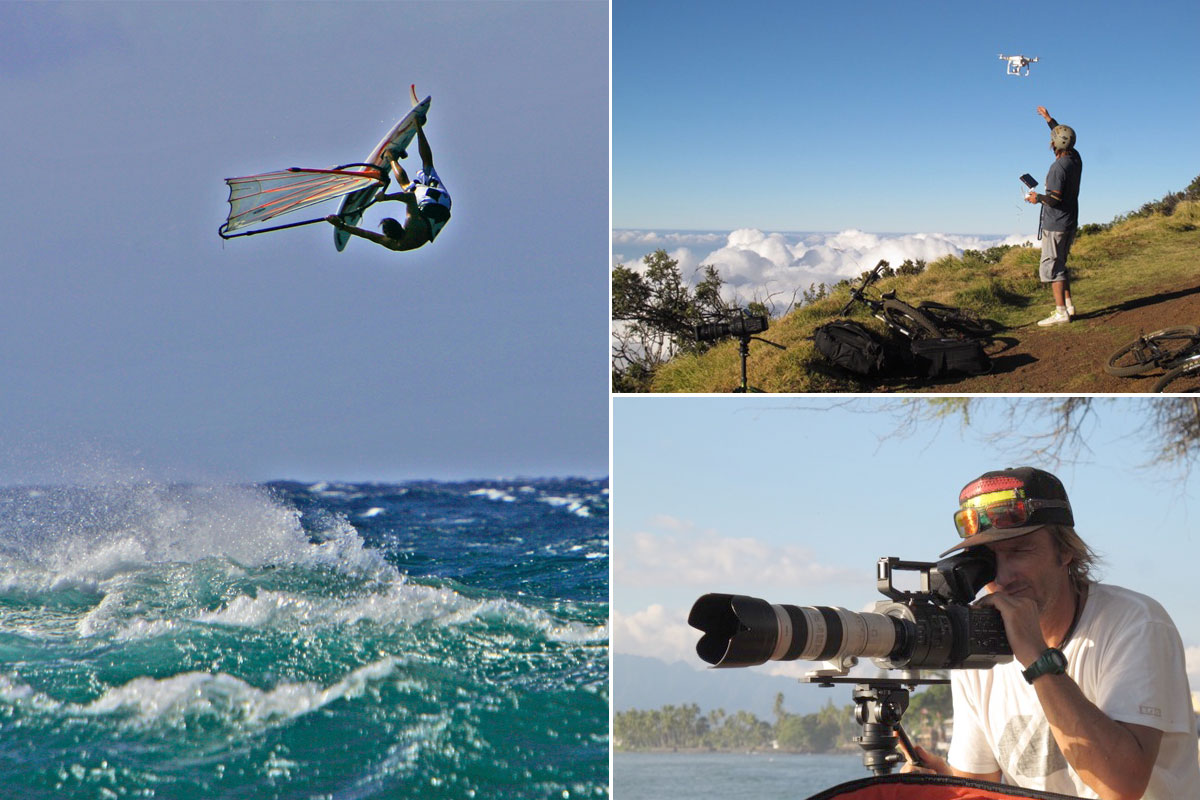 Olaf Crato in action in front and behind the camera

CONTINENTSEVEN: Did you follow a screenplay?
OLAF CRATO: Yes and no. We did follow a screenplay but not strictly. I find that you need to leave quite a bit of room for outside input and spur of the moment ideas to give the end product a bit more authenticity.

CONTINENTSEVEN: Was there any personal highlights during the film production?
OLAF CRATO: Well, honestly I enjoyed the whole project. There wasn’t any particular moment that stood out. Except maybe when we were filming on the west side and my friend and camera guy Chris was accosted by some crazy Italian telling us to f… off back to Europe…that was a good laugh.

CONTINENTSEVEN: Morgan, the longboarding scene in the mountains of Gran Canaria looks quite exciting, a bit scary. Wasn’t there car traffic or did you block the street for a few minutes?
MORGAN NOIREAUX: The skateboarding part in Gran Canaria was a kind of spur of the moment thing. It was a flat day in Pozo and the conditions sucked so we decided to go up in the mountains and try to film something. There weren’t a lot of cars so that was fine. Going slow was the hard part haha, I would gain speed way to quickly and have to jump off. A good downhill skateboard and some gloves would have made it easier, but we still ended up with some cool drone shots so it was worth it.”

CONTINENTSEVEN: Olaf, do you plan to create further films after BLACKWATERS and DIS.TRACTION?
OLAF CRATO: We certainly hope so. Dis.Traction is meant to be part of a mini series that takes us to some truly exotic spots, but funding for such projects is always a problem and the next episodes have not been signed off yet…we do keep our fingers crossed though.

CONTINENTSEVEN: Marcilio, no other medium than film shows the personal style of a professional sportsman better. In other fun sports a lot of films get produced and presented at festivals. Why are high quality films so rare in windsurfing?
MARCILIO BROWNE: I would think the financial part at first. Making a high quality movie needs a bit bigger budgets. But things have been changing. I have seen people slowly producing better stuff on the internet. Now with the new cameras and drones being more accessible things are improving I would say.

CONTINENTSEVEN: Can we expect further film projects from you?
MARCILIO BROWNE: 100% , I will keep you posted when it happens!

like the edit of this outtake better than the trailer that is on the Vimeo page, but will check it out either way.

It s always nice to get a closer view on Browzy’s ways. I bought the movie coz I love the sport. Everything windsurfing related has direct access to my pocket. So in a way I also need a big “Thank YOU”..ha..ha

Tweets by @Continentseven
This website is using Google Analytics. Please click here if you want to opt-out. Click here to opt-out.
2
0
Would love your thoughts, please comment.x
()
x
| Reply