After two months in Western Australia and two months in Bonaire, Dieter van der Eyken is back in Europe and already getting ready for his next trip to South of France. In between arriving from the Caribbean and repacking Dieter had some time to answer our questions about his winter. After winning the freestyle world title in 2015 the Belgian wants to climb the rankings in the wave discipline but is still motivated to push in freestyle. 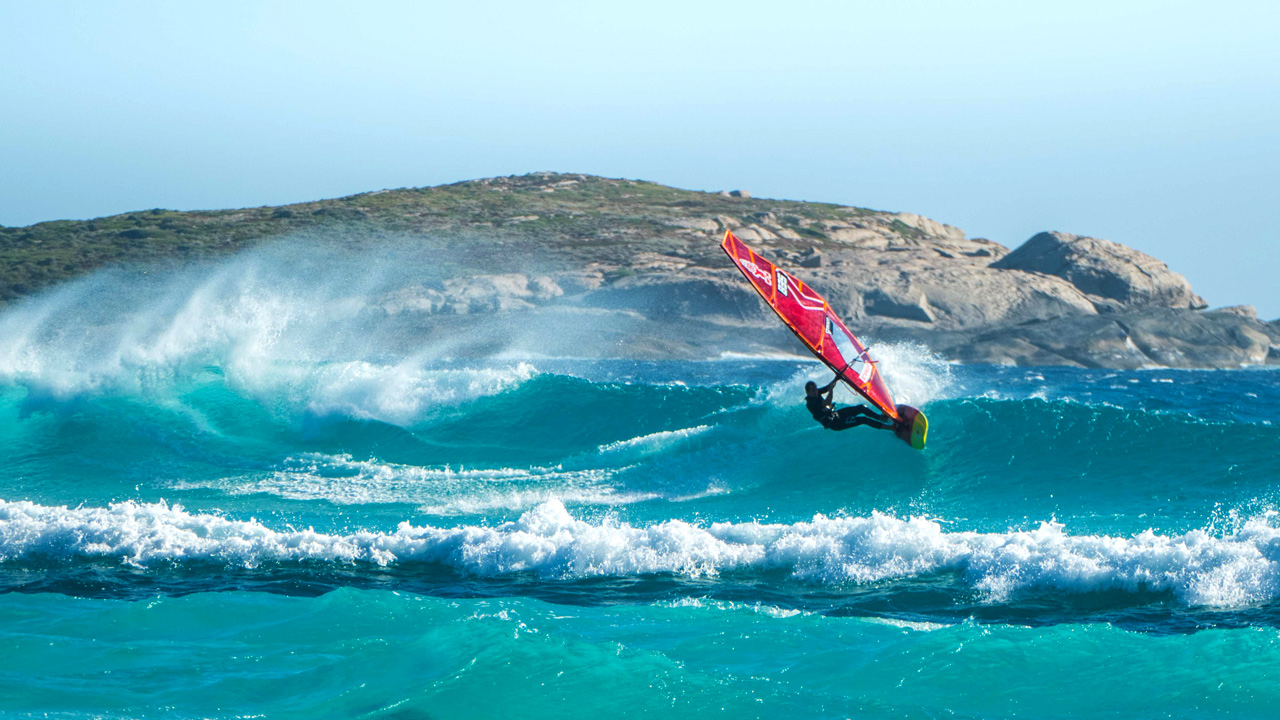 Continentseven: You are back in Europe, after a winter in Western Australia and Bonaire. How was WA?
Dieter van der Eyken: I think it was my most fun and best trip to Western Australia till now. The conditions were almost as good as it gets with plenty of swell and wind. Besides that there was a great group of windsurfers this year that really pushed each other, but also gave tips and made the time on the water even more fun!

Continentseven: What was your highlight of the trip?
Dieter van der Eyken: For me the best highlight was the first trip to Gnaraloo, although it wasn’t as big as on Christmas day it was amazing to have logo high Gnaraloo almost to yourself for a couple of hours! I didn’t go last year and was really keen to make it this season and already after riding the first wave the trip was all worth it. Besides that I really started to enjoy sailing at Margaret River. I managed to really score some good late sessions with proper mast high waves. It’s not an easy place to sail and I used to hate it but now I finally understand why Scotty (e.n: Scott McKercher, former Wave World Champion) loves it so much!

Continentseven: With this trip and your past trips you spent already a lot of time in Western Australia. Does it already feel a bit like home or do you want to move there one day?
Dieter van der Eyken: It does feel a bit like home in some way. It’s probably the place I stay the longest in a year. Also by going every year I really know quite some people who live there by now which you don’t get to know on your first trip there. For now I’m not planning to move to Australia after my career but I am sure I will visit it many more times and then will see what times bring. 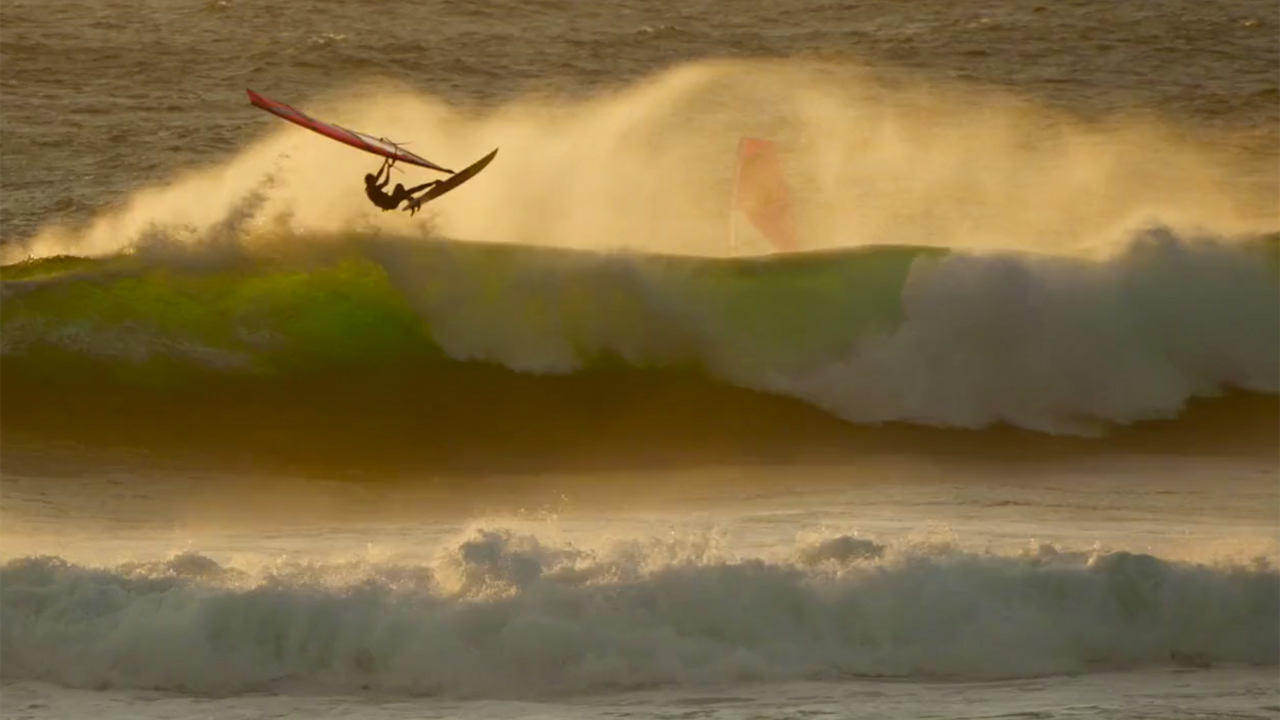 Dieter van der Eyken nails an Aerial in WA in 2017

Continentseven: You probably did not only enjoy the wind, waves and sun, you did some sail development for Severne again?
Dieter van der Eyken: With Severne having their loft and head office in Perth it’s easy to try out new gear. This year was actually quite easy concering the R&D work. Last year we worked a lot on the freestyle sail and with the whole team being really happy about the sails, we only made small adjustments for next year. Besides Severne, Starboard also does a lot of testing in W.A. and I managed to test some new wave boards for next year which was very interesting as well. Part of the reason I go to W.A. is to learn about all the gear, wether it’s with Ben Severne about the sails, Mark Stone about the boards or Jaeger about fin setup’s and techniques on the wave. Besides the great conditions you have for sailing, you probably have some of the best knowledge about windsurf gear you can have in the world to learn new things every day.

Continentseven: And you improved your Double Fowards?
Dieter van der Eyken: I’m getting better in the doubles, but still have some work to do on them but defiantly feel more confident in them to hopefully land a few in the contest. Doing them in 50 knots plus will still be another story but we still have some time before Pozo starts! 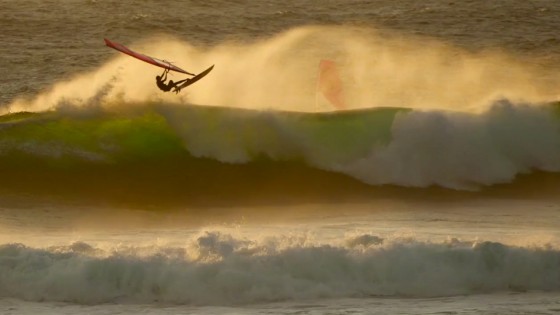 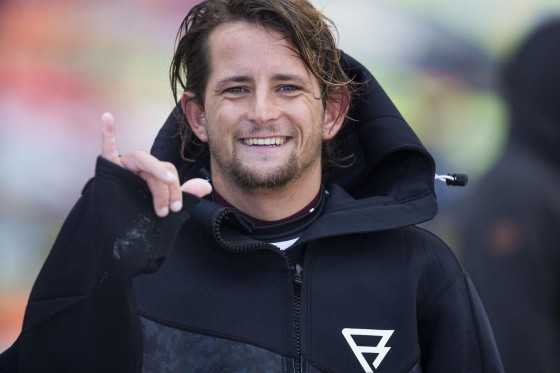 Dieter van der Eyken about the transition from Freestyle to Wave

Our question was How can a freestyle windsurfer be so good in waves and what does someone need to make the transition from freestyle to wave. We caught up with Dieter van der Eyken to speak about his transition.

Continentseven: The PWA Freestyle tour shrinked to two events in 2017. Will you put your focus more on the wave discipline or is your motivation high in freestyle to battle for another title?
Dieter van der Eyken: I’m very motivated for both disciplines, although I didn’t train much freestyle in Australia because I knew that was the best time to progress in my wave sailing. I still want to show people I’m one of the best freestylers out there but I also really want to push my wave sailing to the max. With 2 events its hard to make a living out of one discipline as well and thats why doing both disciplines was the best choice I could make 2 years ago. In the future I will move even more attention to wave but for now I still want to fight for those top spots in the freestyle!

Continentseven: After WA you travelled to Bonaire. How were the conditions and did you also bring your wave gear to the island?
Dieter van der Eyken: It wasn’t the best trip windwise this year. We had a few strong weeks but also a lot of weeks with no wind. However it was really fun to be there again and with the improvements I made it was a successful trip. I brought one set of wave gear. I used it when Lac Cai gave us some good jumping conditions and when Red Slave was working. Red Slave worked 2 days in a row which actually is a tricky spot but offers a super good wave to wave ride. It’s definitely a place I hope to score again one day!! In the end I only used my wave gear 3 times but was happy I brought it because it’s always nice to mix things up and get extra motivation for your next freestyle session! 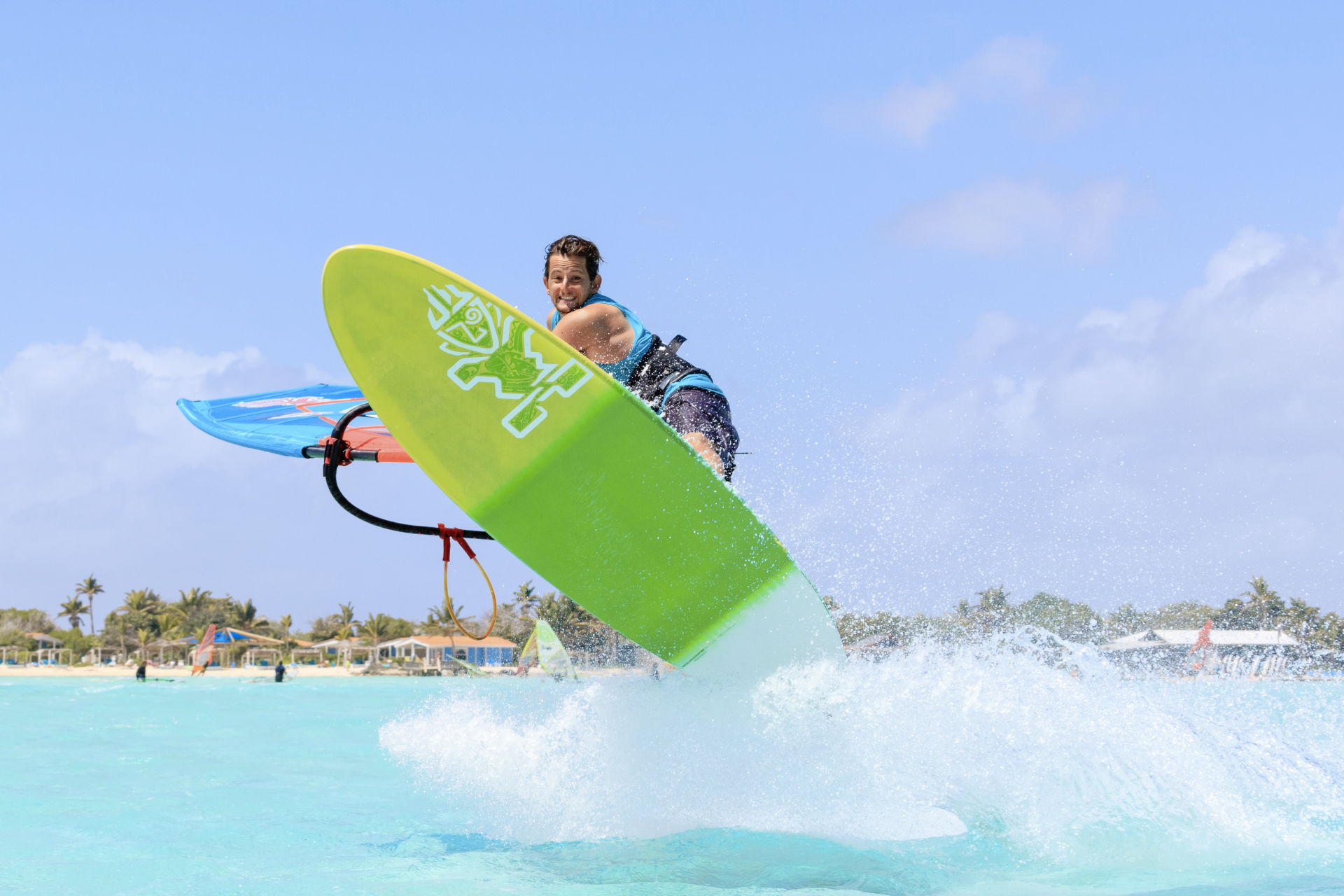 Continentseven: How is the level in freestyle. What has changed since the last events in 2016, Sylt or Brouwersdam?
Dieter van der Eyken: The level definitely went up again but concerning new moves not much has happend (but maybe they just didn’t do them when I was there..). Everyone just got a lot more consistent and Amado was sailing even more consistent than anyone else with all the latest moves! The main difference we will see is the real top tricks getting landed in more heats than before. But with only 2 events this year a lot can happen.

Continentseven: What comes next?
Dieter van der Eyken: I’m pretty much about to leave home again towards South of France. I will take part in a promo show at the Mondial Du Vent (11.-17.4.2017) together with a few other riders. After that I will stay in France for about another 2 weeks before I return back home for the month of May.

Continentseven: Thanks for the interview and save travels to France.