On the last day of the EFPT event in Porto Liscia in the north of Sardinia, which is also known as the Hawaii of the Mediterranean sea, the third elimination has been completed with the double elimination. The Belgium windsurfer Steven van Broeckhoven is again the unbeaten EFPT event winner and wins the Sardinia Freestyle Grand Prix 2010. Steven van Broeckhoven won two of the three eliminations. The third elimination was won by the 18 year old Dutch super talent Davy Scheffers (H-311). He convinced the judges with a double Spock, an Eslider into Puneta, a Spock to Kono and a great variety of fast and clean freestyle moves. 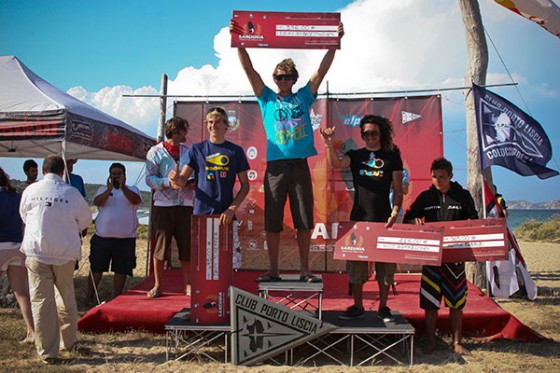 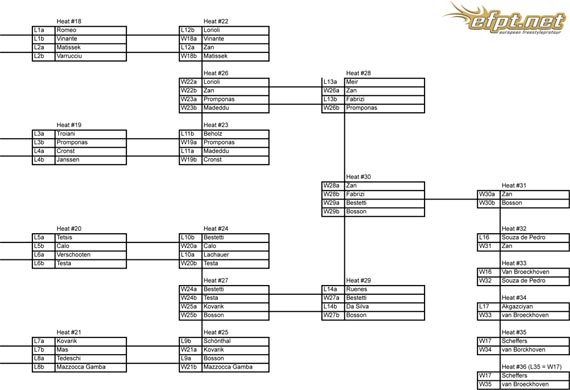 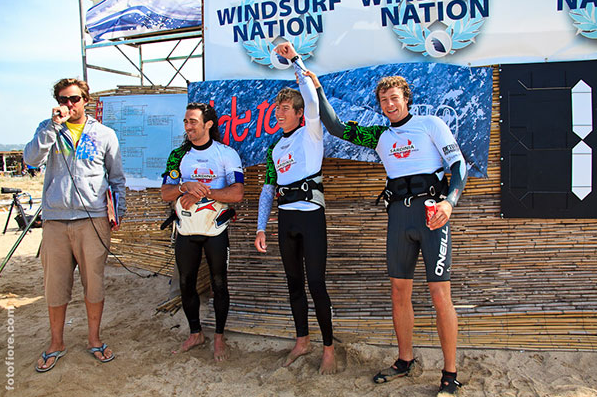 After the EFPT competition was over, Red Bull positioned their ramp quite close towards the beach. 7 riders registered for an one hour long lasting super session, going for a thousand euros for a double loop, a thousand euros for a backloop and other prices like cameras and sunglasses. Nicolas Akgazciyan picked up the first price in the super session with an amazing table top into forward and could also grab the 1.000€ for the double forward.

The majority of riders already is up for the next event, the Milos Beach Lefkada Vassiliki Open, which takes place from 11th – 14th of June. See you in Greece! 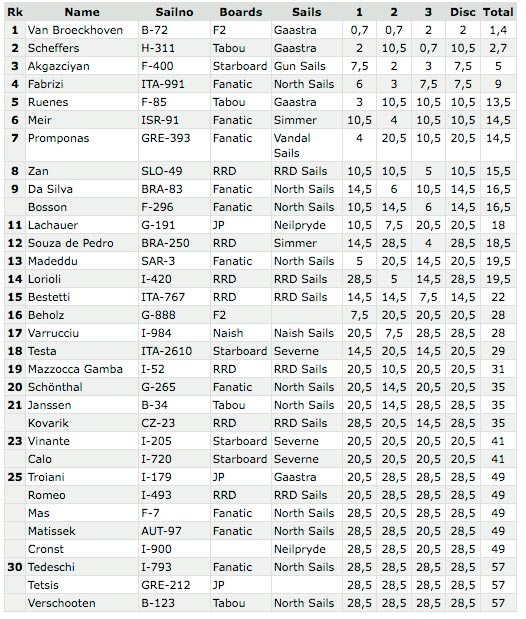 THE OVERALL RANKING AFTER 3 EVENTS

It looks like Steven would have won the 2010 tour already.

Thank you very much! nice vid! Loking forward to get more parts of it!
Has anyone experience or knowledge on wind statistic of Sardinia in the summer? I’m planning to spend my holiday there this year.
Thanks in advance!
StrawB

Hi,
Is it possible, that I still can’t find a video about Sardinia freestyle GP?
Anyway, could you tell me, how windy Sardinia is in the summertime?

for the next event lefkada there will be live on line coverage
of the whole event
check http://www.livelooq.com/watch/vwf2010

heat 34 from the 4th day will be on line soon!i will let you know:)