In 1983 David Ezzy made his first windsurfing sail under the Ezzy Sail black and white eagle logo. He started his custom sail business on Maui in an old shed that has since become a sleek design loft. Back then, custom sails were the means to success for every serious sailor and Ezzy Sails led the sailing revolution.

Ezzy made sails that were renowned for their “Hookipa” traits: strength and power. In 1985 he got hired by North Sails and created the wave line and racing sails for World Cup champion Stephan Van den Berg. Ezzy became a Board member of North Sails Windsurfing in 1991. In the early 90ties North Sails got a new management with the office in Germany and the factory in Sri Lanka. 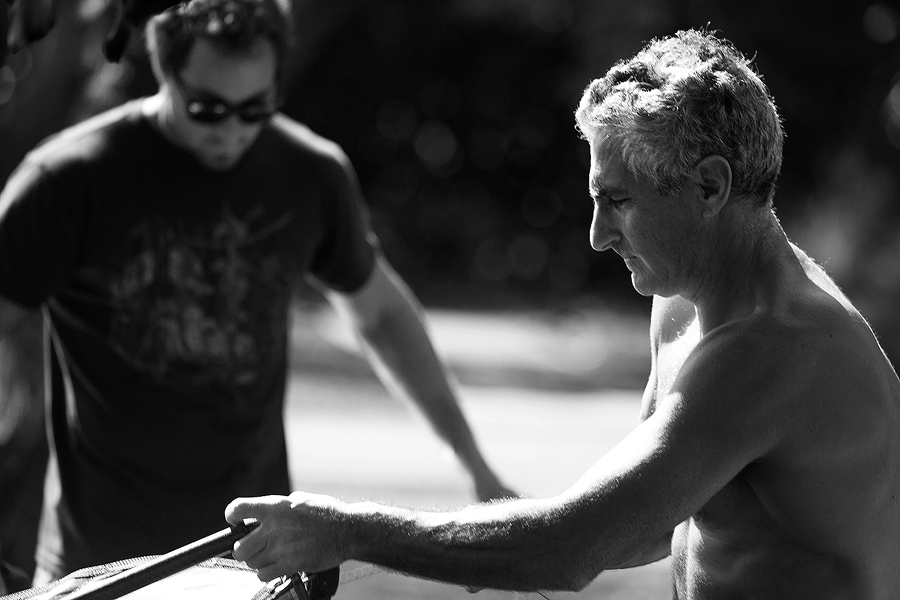 Ezzy tried to maintain his close involvement in the operation of the factory, but cost-cutting decisions began to take precedence over sail quality and even took precedence over the human rights of the Sri Lankan factory workers. David visited other sail lofts in Sri Lanka and China with the idea of manufacturing Ezzy sails, but his early experience of having control over the quality at North Sails Windsurfing, made him realize that he would have to own his own factory to produce the high quality sails he wanted.

Meanwhile, his former colleagues at North Sails, the Sri Lankan nationals, organized themselves and approached David to start a factory of his own with them. In those bold days, the friends started a new venture with a shared ownership in Ezzy Sails Sri Lanka. These top North Sails Winsurfing Sri Lankan managers and supervisors all became proud Ezzy Sails’ employees and part owners. The venture began in a small, old building in a town outside of the industrial zone.

Nowadays Ezzy is still on the market. He made the right decisions back in the 90ties and still has the main goal to produce high quality products. Read more about the history of Ezzy Sails here

David Ezzy is a well known saildesigner, who still has enough time to get on board day by day. Together with Kevin Pritchard (US-3)  we ran an interview with David, who already is active in the sail business for 30 years!!! Kevin Pritchard took some great shots from David, who still likes to windsurf a lot!

THE INTERVIEW WITH DAVID EZZY

David Ezzy: Yes, 100%. I moved to Maui over 30 years ago from Kailua, Oahu so that I could windsurf in the waves at Hookipa every day. Of that first generation of windsurfers at Ho’okipa, I’m pretty much the only one left.

C7: What makes windsurfing so exciting?

David Ezzy:  For me, the most exciting is a bottom turn at mock speed with heavy g-force and fully sunken rail on a glassy wave. I’ve been windsurfing for almost 40 years and good carves still get me excited every morning.

C7: How many sail lines does a modern windsurfing sail company need?

C7: How important are team riders and a professional world tour for a brand?

David Ezzy: Team riders are not very important for product development. Over the last 30 years, I’ve worked with a lot of big names and my sails have held many world titles. But through all that sail testing, only a few times have I been able to translate a team riders wants into anything useful design-wise. But I think I am in a different situation than most of the other sail designers because I windsurf practically every day either in the waves at Hookipa or flat-water at Kanaha. A lot of the other designers don’t windsurf (or don’t windsurf very much), so they might find rider feedback more useful. I am the first one to test every Ezzy sail. 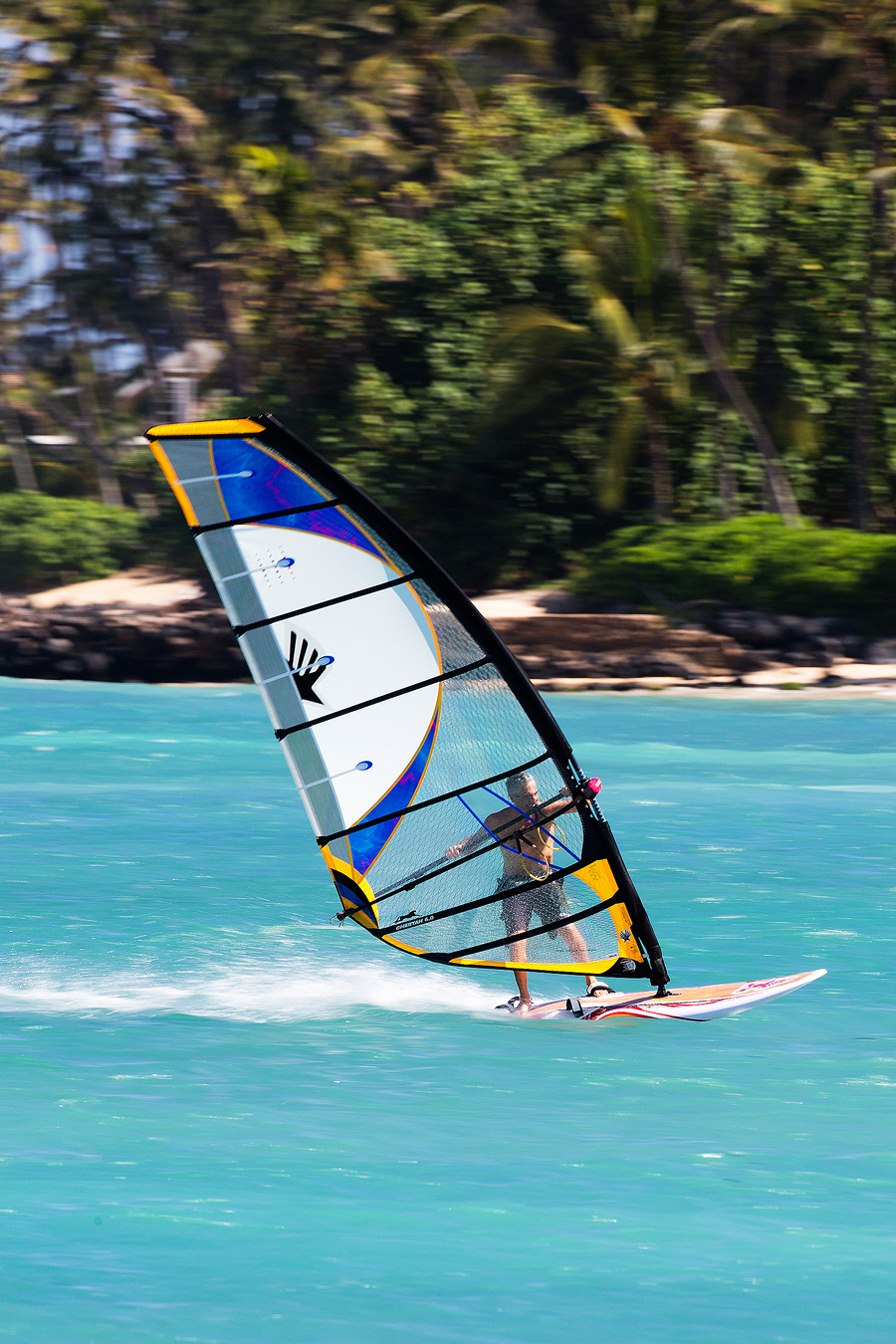 David Ezzy in action on Maui, having fun on one of his sails (Pic: Kevin Pritchard).

C7: What has Ezzy as a brand that other brands are missing?

David Ezzy: Ezzy does not do fads. There is nothing unnecessary or gimmicky in our sails.

Also, I’m obsessed with quality. I own my own factory because no other factory or manufacturer in the world is able to meet my demands for quality. The Ezzy factory was built with the sole purpose of creating the highest quality sail in the world. Another thing we do very well is customer support and rigging help. Anyone that emails me or our web site will get an answer right away, or within a few hours.

David Ezzy: My sails have changed a lot just in the past 5 years. One example is my 4.7 in 2008 weighed about 3.6kg. My newest 4.7 weighs about 3.1kg. That’s about a 500 gram weight savings and at the same time, the strength of the sails has not decreased. 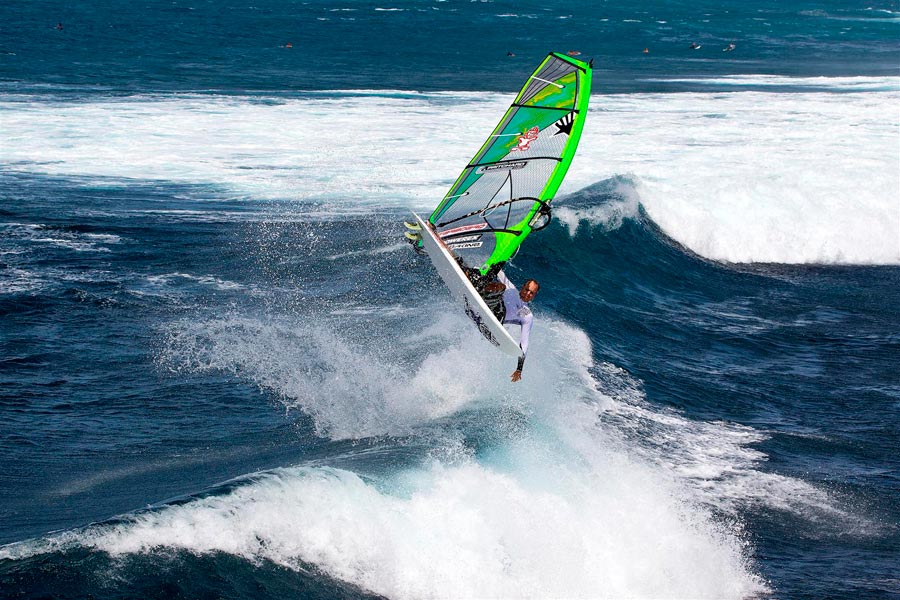 C7: Is there still much room for improvements and if yes, what can be improved?

David Ezzy: Yes. I describe my sail designing over the past 30 years like crawling around a pitch black room, trying to figure out what furniture is there. I’ve identified some things, but I still have a long ways to go to find the perfect profile and material.

C7: 4 batten sails got more popular. Is that a necessary development or just a short trend? 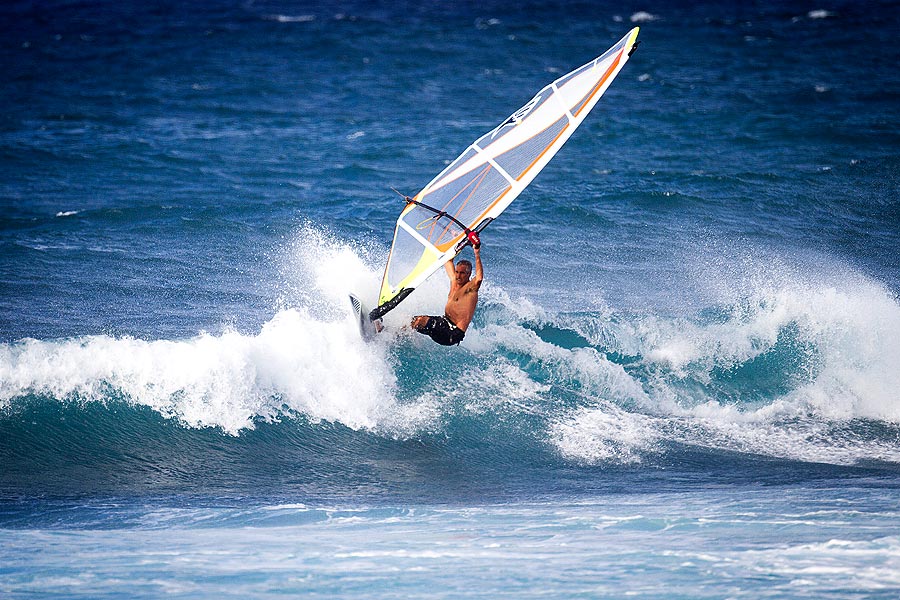 David at Ho’okipa testing one of his latest designs (Pic: Kevin Pritchard)

C7: What sail did you love the most of all so far?

David Ezzy: I’m never happy with any of my sails. I kind of liked the 4.7m prototype I tested yesterday, but that will most likely be short lived until the next proto comes. For me, development is a never-ending process.

C7: Are there any sail sizes you love more to develop than other sizes?

David Ezzy: I love making all sails. The aerodynamic demands between a freeride and a wave sail are the same. What works in one, must work in the other. What I’ve learned in wave sails I apply to freeride sails and vice versa. 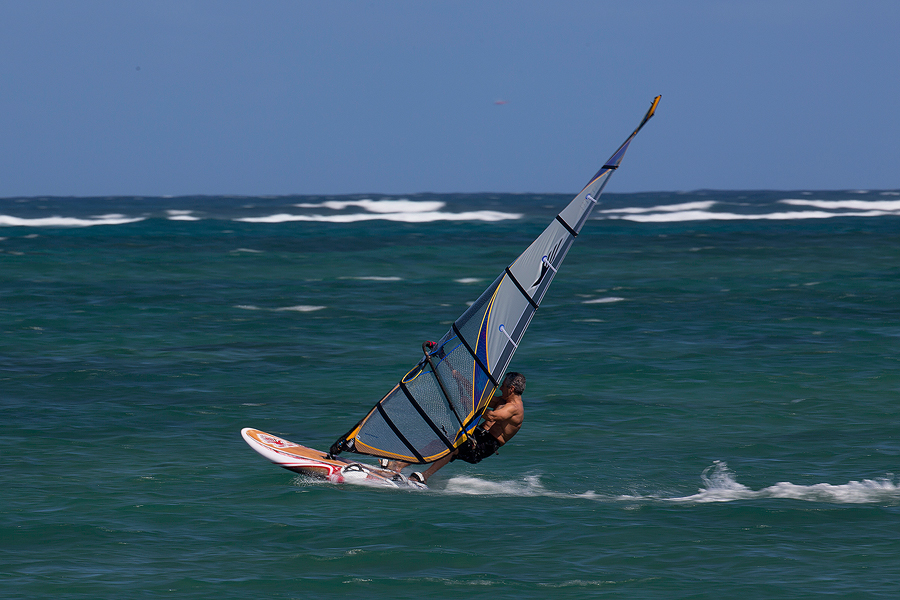 A relaxed session in the afternoon. It’s great to combine work and windsurfing in one day! (Pic: Kevin Pritchard).

C7: Is windsurfing and its market growing at the moment?

David Ezzy: We need to get more young people into windsurfing for the sport to grow. Right now, no one windsurfs because it’s cool. And that’s cool. Windsurfers are core. The people who still windsurf love windsurfing. We just need to share this love.

C7: Has windsurfing changed much from the beginning?

David Ezzy: The equipment has gotten way better. I can’t believe we could sail on some of old equipment. I do miss the innovation that used to take place in boards. In the old days there were 10 to 15 custom board shapers in Maui, but now there are only one or two.

Parking is more difficult to find at Hookipa. And now we’ve got kiters clogging up the air. But the essence of windsurfing has not changed for me. It still has the same magic that drew me into it 37 years ago.

C7: Thanks for the interview David! 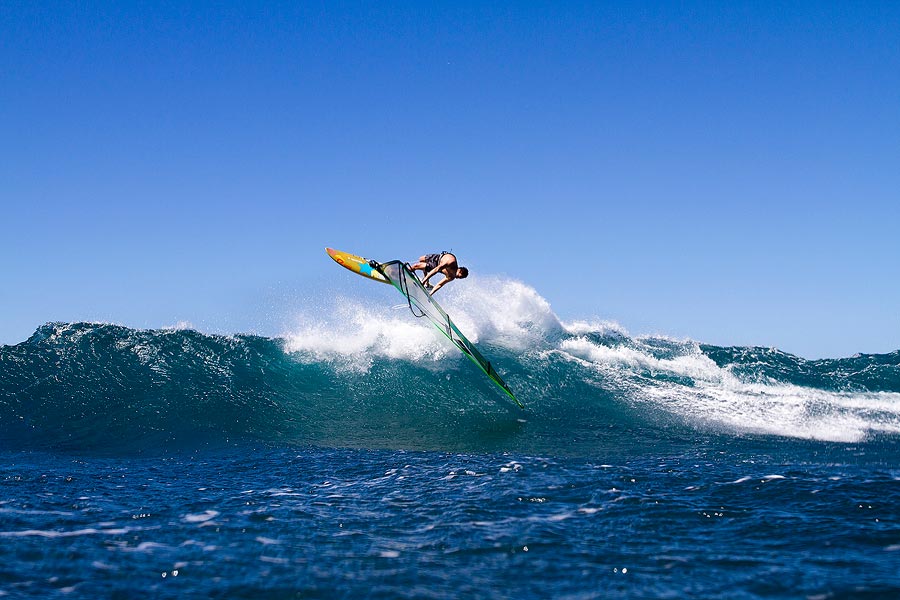 Well !
I`ve been windsurfing since 1980 and have been on several brands of sails.
Though I have not tried the latest sails of these different brands, three years ago when I got my Ezzy Sails, it felt just like “coming home” ! Best feel I have ever had with a sail!
And I just love the philosophy of David and the design and colours of the sails are just beautiful!!
Keep up the excellent work!

Hey fisher i agree with you, i dont think brands can evolve without the feedback of riders that not only sail in hookipa but also around the world…
Please be a bit more open minded… I am sure keith teboul is, thats why they are one of the leading brands in the world…

“David Ezzy: Team riders are not very important for product development. (…) But I think I am in a different situation than most of the other sail designers because I windsurf practically every day either in the waves at Hookipa or flat-water at Kanaha. A lot of the other designers don’t windsurf (or don’t windsurf very much), so they might find rider feedback more useful. I am the first one to test every Ezzy sail.” Keith teboul probably windsurf as much as Ezzy, and sails much better i imagine, but still listens to teamriders: imagine him a few years ago… Read more »

But it’s not like Ezzy has no team or world titles. In the last just 10 years: Levi Siver, Josh Angulo, Kevin Pritchard and his son Graham Ezzy. Before that I remember him working a lot with Kalama at north. and even Keith and Goya were on Ezzy for years back in the 90s. if after working with all these amazing riders and he thinks he doesnt need them so much, then maybe its true?

My son asked me to teach him to windsurf because he thinks its cooler than kitesurfing. The RSA racing champ for this year is just 20, and there are so many more kids on the water than last year. I think windsurfing is on its way back, which is cool before guys like me get to old to keep on wave sailing!

It takes a lot of courage to stand up to your philosophy and way of doing things these days. Ezzy sails and Mr.Ezzy himself are breed of their own. I am sure that this pisses off lots of the big mainstream brands, but such is life. Ezzy sails mean quality,durability,lightness and pure magic on the water. I dont see how I could become another brands customer any time soon.