From the 24th until the 27th of March the Copa ONA competition took place at the windy Caribbean village El Yaque on the island of Margarita, Venezuela. On the event schedule were three disciplines in windsurfing: Freestyle, Slalom and Long Distance. 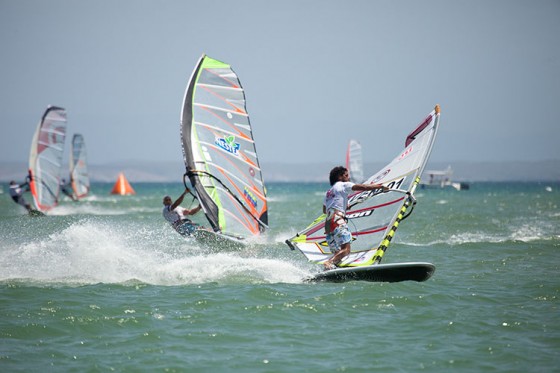 FREESTYLE MEN
The four-times Worldchampion in Freestyle Gollito Estredo had no easy time to get into the final of his favourite discipline, but with some awsome performances he made it all the way up. As did Deivis Paternina who was on fire and ready for the battle with Gollito. The final was a firework of new-school freestyle tricks, but whatever Paternina landed in perfect execution, Gollito just made it higher and more extreme and without doubt the winning cup went into his hands, while Paternina was happy with his second place. 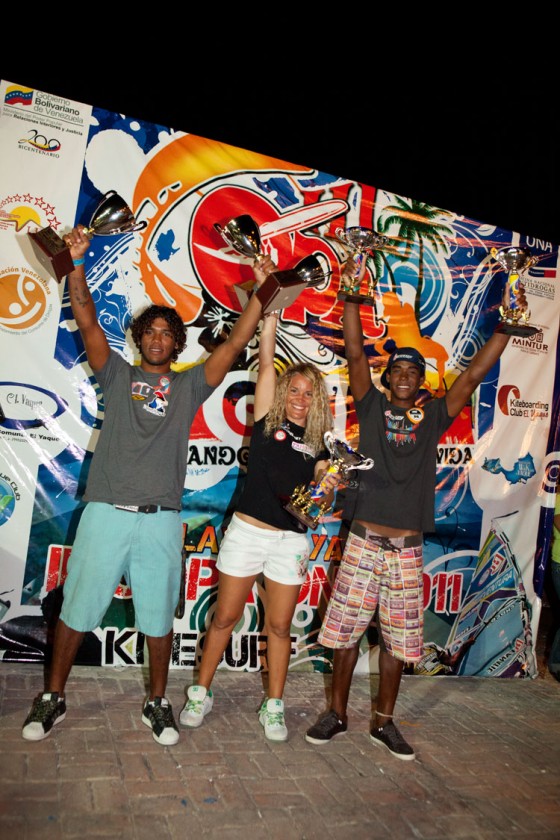 FREESTYLE WOMEN
Yoli de Brendt, PWA vice-worldchampion 2010 won every single Freestye contest in El Yaque in the past years and as well in 2011 it shouldn´t change. With solid heats she jumped herself onto the top of the freestyle podium once again. The fight for second place became a close call and it was Rosmary Salazar who won second place and american Lindsay followed onto the last step of the podium. 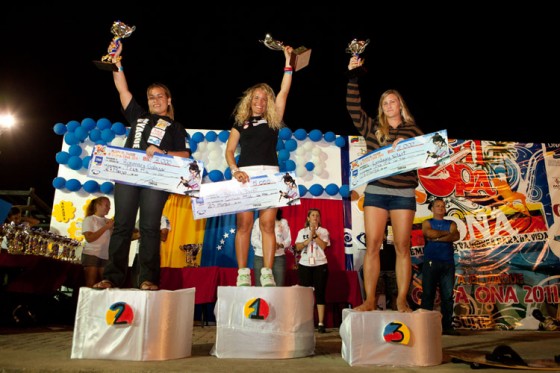 LONG DISTANCE
Time for Estredo to hit the slalom course and get his new Fanatic Falcons and the new North Warps ready, a gear which made him fly over the water during the past training days. The full fleet race, which should lead the racers almost all the way to the opposite island Coche Island and back to El Yaque, so around 18 kilometers. With 27 knots windspeed and a Gollito Estredo flying over the starting line and around the first jibe mark before the fleet went out far to not be seen for a while. When the racers came back towards El Yaque, Estredo had lost his leading position in a massive windhole but was fighting hard to catch up with the now leading Alexis Carache. In the end it shouldn´t be and he finished on second place.

SLALOM
During the 2010 Venezuelan Slalom season a tough battle between Gollito Estredo and Diony Guadagnino decided about the championship which in the end went to Gollito Estredo. And also in the first events of 2011 it has been the same story. So, it was no big surprise as the two friends flew around the marks with full speed to fight for the number one spot of the podium at the Copa ONA. A massive crash from Estredo and another one from Guadagnino made the races even more exciting, as the the rest of the fleet was catching up in the overall rankings. Until the last heat Guadagnino kept his lead in front of Estredo, who just risked it all in the last heat of the competition, and it was worth it. With another first place in this last heat he secured first place of the Slalom Competition with Guadagnino and Carache following.

Also women vice-worldchampion in Freestyle Yoli de Brendt tried to find her luck in the women Slalom, with her Freestyle Skate 90.  Yoli was able to win one or the other race and finished second overall in Slalom.

A more detailed report by Tom Brendt about the event you can find on www. elyaquenews.com. 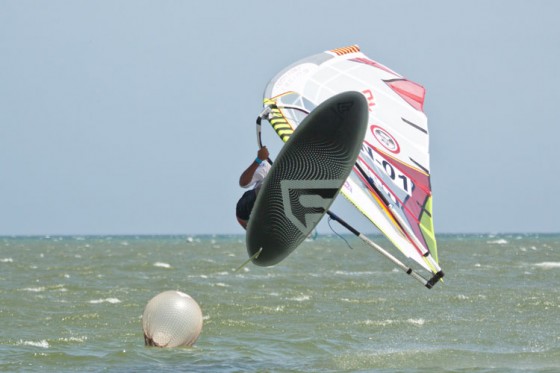 Great event and great pictures Tom.
Tom has done so much for windsurfing in El Yaque – well played.