Two years ago the Italian windsurfer Caterina Stenta decided to start, besides her academic career, a second career in windsurfing. The 27 year-old studied materials engineering and is currently doing a doctoral program in solar cells technologies in Spain. “After this “brilliant” career as engineer, now I am actually trying to find something else,” Caterina told us. With her powerful style and good control in high winds she impressed the judges from the beginning on. We wanted to know a bit more about Caterina and caught up with the Italian power lady for an interview.
Just recently Caterina has released a clip with action from Tenerife: Caterina Stenta’s latest video 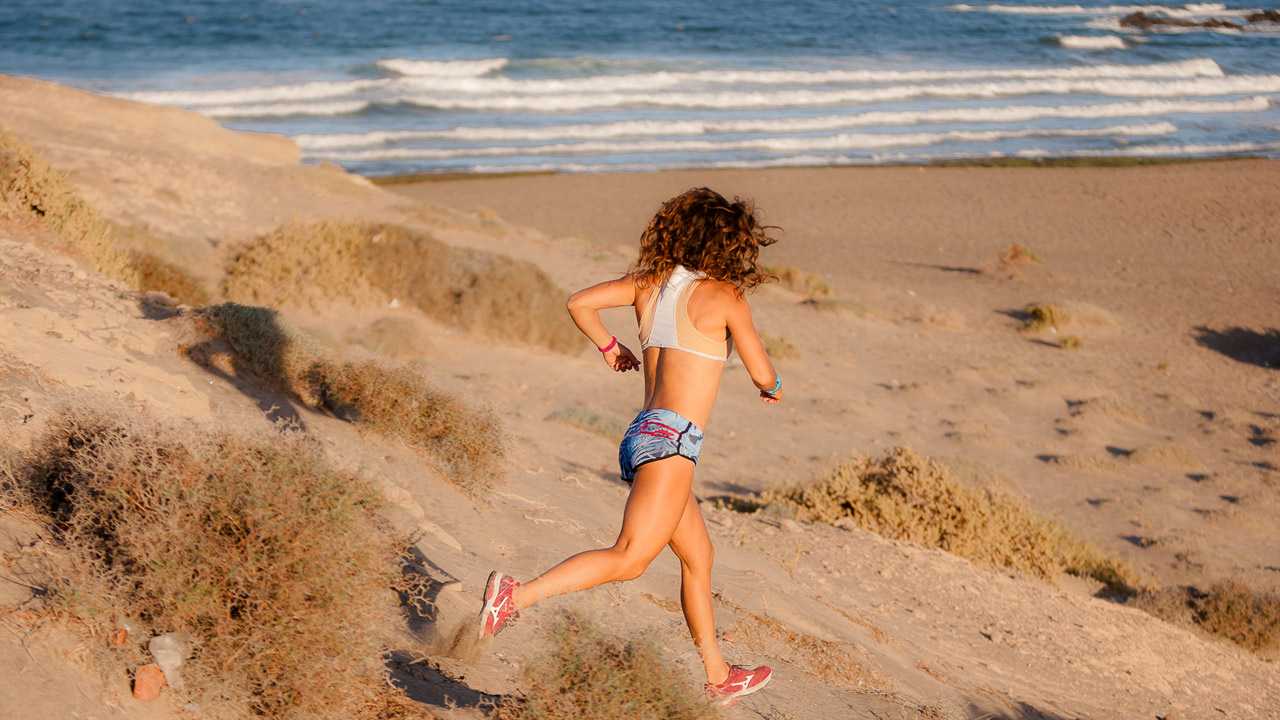 Continentseven: You are kind of a newcomer in the women’s wave discipline. What are your goals?
Caterina Stenta: I want to improve my sailing much more. My goal is to dedicate myself to windsurfing and try to get as far as I can with my sailing. I just want to spend as much hours in the water as possible, practice and learn new jumps, keep training out of the water, and show myself what I am capable of. I feel I have improved this last years and I know I can do better the next years on the PWA.

Continentseven: Why did you start your career so late?
Caterina Stenta: I started actually pretty late with windsurfing, at 16. I didn’t start earlier in the PWA, because I had to finish all my studies before. I have a bachelor and a master degree, so only after finishing the university I was able to windsurf more. I was training in gymnastics a lot before, and before my first trip to Pozo I was surfing in Portugal for two years and was really hooked to surfing and was organizing my time around that activity.

Continentseven: You studied in Italy?
Catarina Stenta: I studied the Bachelor degree in Trieste, Italy, with one Erasmus year in Las Palmas de Gran Canaria, where I got to know Pozo and the Moreno and I started to first sail in the “real” ocean. Then I did the master degree in the same field in Lisbon, Portugal, to be able to surf. I surfed a lot these two years, between Guincho, Lisbon, Ericeira, Peniche..it was a lovely time in Portugal!

Continentseven: How was the 2015 season for you?
Caterina Stenta: For 2015 I wanted to train as much as possible and was able to organize my schedule pretty well. After the PWA events 2014 I was training in Barcelona and South of France, before heading to Cape Town for two months. I participated in the photo shooting for RRD and being the only girl forced me to compare myself with the guys. We were always searching for the best waves and I’ve sailed a lot at Cape Point, Hagkaat and Paternoster.  I was in Barcelona all spring, with some training periods in Tenerife and Pozo. I like the strong wind and my small gear, so I felt really confident during the PWA competition in Pozo. And it went well during the PWA event, I gave my best and all the training there paid off (e.n.: Caterina finished in 6th place). I wanted to do better compared to last year, and I wanted to win some more heats, so my plan worked well. In Tenerife it went less good. I was expecting to do better in the single, but I was not feeling on the top with the big board and big sail and in France was no wind. (e.n.: Caterina finished the PWA overall ranking on the 10th place) 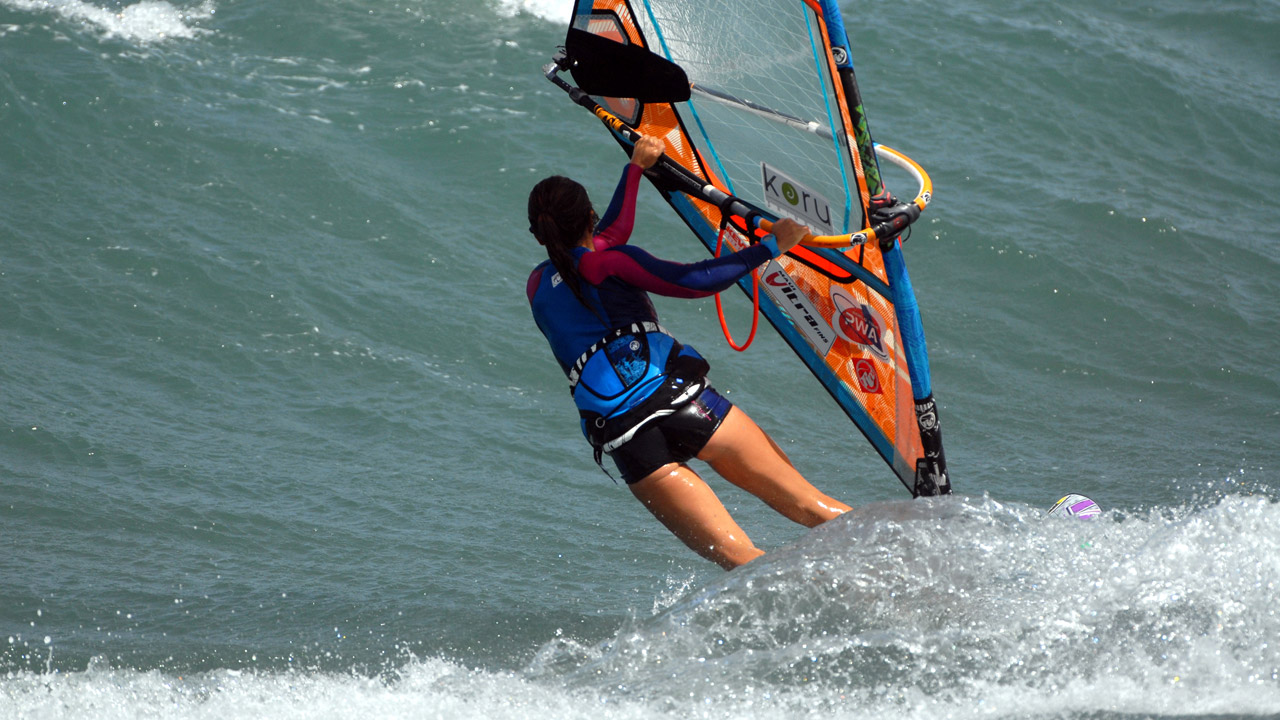 Continentseven: How do you finance your windsurfing life? Are you working to earn money?
Caterina Stenta: I am, yes. After the Master Degree I started a PhD and till now I am combining this work with windsurfing. It’s not easy at all, as I have to work and organize the travels. If I can continue combining both of them, it will be perfect. If not, I will have to find another way! It’s hard, but I will try!

Continentseven: Is it hard to find brands supporting ladies?
Caterina Stenta: Definitely yes. Everyone is supporting the men as they are unreachable, but I think if we would train the same as them, we would get a much higher level than now. Just watch a gymnastics competition and see if we are not capable to jump high. Or Daida and Iballa who train a lot and show some high level windsurfing. I am happy to have some sponsors behind me, who believe in me, but I am still looking for more.

Continentseven: Will you make it on the podium one day?
Caterina Stenta: I hope so. It depends a lot on my dedication and training time during the next years! I am working on it, I want it! 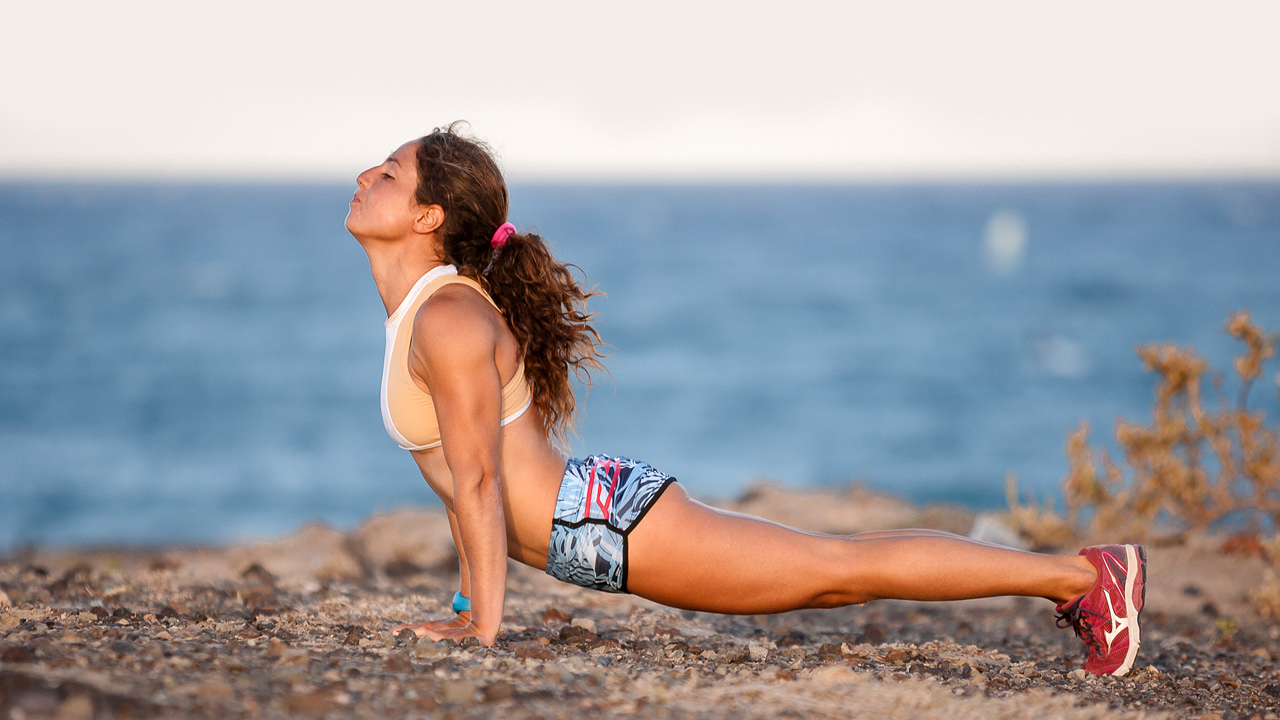 Continentseven: How did you start to windsurf?
Caterina Stenta: I started to windsurf on an island in Greece, Paros, and I have been sailing and learning there as I used to spend three months in summer there. So before the year in Gran Canaria, I sailed there during summer and the rest of the year in Italy, around where I live, from Venice to Croatia. I did some training trips to Sicily as well. Then after the year in Gran Canaria, I have always travelled back to Pozo to train.

Continentseven: Where do you windsurf, when you are at home in Italy, Triest?
Caterina Stenta: When I am at home in Italy I go to Croatia which is close to my city and where it can be good, or next to Venice where we have some waves, but mostly I am in Spain, in Costa Brava, Southern France or Canary Islands.

Continentseven: What’s your favourite wave spot in Italy?
Caterina Stenta: I have been in Sicily few times for sailing and there’s a spot with big waves called Puzzi Teddu which I liked a lot. In the north of Italy, where I am from, I like Sottomarina (also called Pozomarina, for the similar conditions to Pozo) and the neighbouring spots in Croatia.

Continentseven: What do you like besides windsurfing?
Caterina Stenta: I love to be in the water no matter how, so I started Stand Up Paddling, both waves and actually more racing. I used to surf before, now in Barcelona I don’t have so much choice to surf, but when traveling I love it. Otherwise, out of the water, I like biking and in winter if home, I do cross country skiing in the Alps.

Continentseven: You really look fit. What are your secrets to get in that good shape?
Caterina Stenta: Ahah, no secrets. I train regularly off the water in the gym or outside with some trainer and by my own. I train at least 4 times a week. I think I am used to train because I was doing gymnastic before, so for me a regular training is good for any sport. And lately I have been starting with the SUP race board, which is a hard workout. I as well eat almost no meat.

Continentseven: Where will you train during the winter months?
Caterina Stenta: I will go training port tack jumps and wave riding in South Africa. And I will try to head to Tenerife in spring as well. 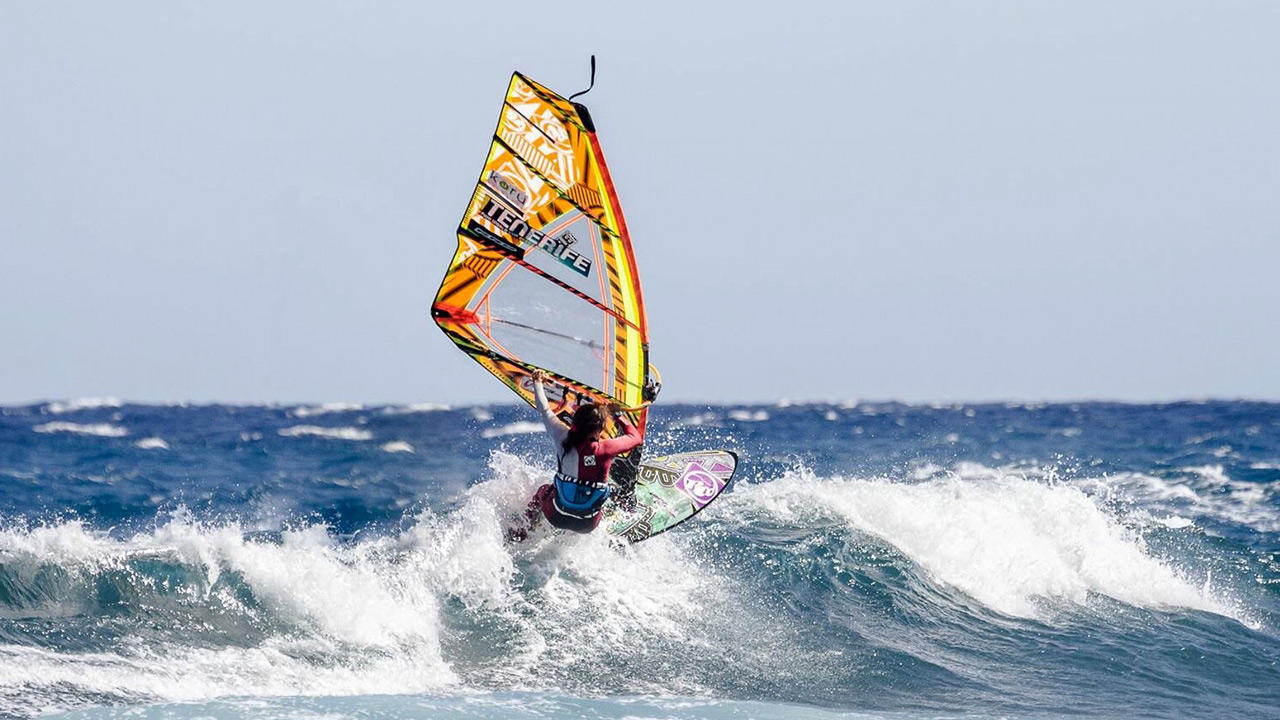