Day 4 at the PWA wave final 2010 on Sal, Cabo Verde started like the days before. Ponta Preta, the main spot of the event, where all the infrastructure for the live stream and the internet connections are based, did not work. So the PWA race crew decided to run the competition at Curral Joul, further north of Ponta Preta. It´s an extremely hard remote playground. A lot of sea urchins, a sharp reef, absolutely no sandy beach. A spot for hard core wavesailors. And it can big there, but not these days. 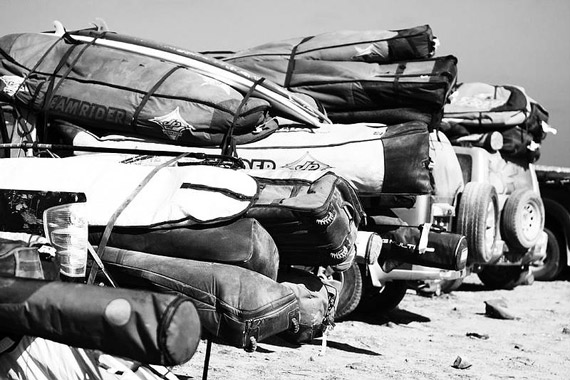 The gear on the trucks for the daily trip to Curral Joul (Pic: John Carter/PWAworldtour 2010).

The PWA tried to continue with the battle of local Josh Angulo vs. German Klaas Voget at 09:50. The PWA press officer Paul Griffiths reported as following about the today´s action on the water:

“The green flag went up early for the re-run of Josh Angulo (Angulo, Gun, Dakine) versus Klass Voget (Fanatic, Simmer, MFC), but it became immediately apparent that the wind was far too light, and the waves too infrequent for the competition to carry on. Angulo and Voget put on the best show they possibly could given the conditions, but they both lacked the power they needed to perform to their usual high standard.” (Paul Griffiths) 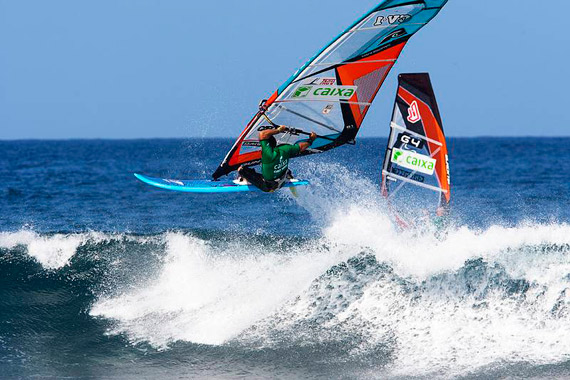 At 13.50 the competition was over on day 4 and the almost live pictures got streamed at 15.30 local time through the world.
“After a short period on standby the PWA’s finest were released from the heat of Curral Joul to head home and rest before fighting it out another day. Almost everyone left apart from featherweight team-mates, Thomas Traversa (Tabou, Gaastra), and Alex Mussolini (Tabou, Gaastra), who decided to float out to sea and wait for the occasional wave. Although the conditions weren’t suitable for official competition, these two scored numerous rides in their hour-long session, and were caught on camera by PWA lens man, John Carter.” (Paul Griffiths) 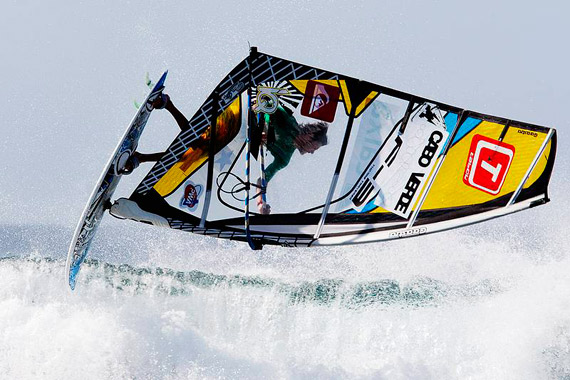 Thomas Traversa with an no wind Air-Taka (Pic: John Carter/PWAworldtour 2010). 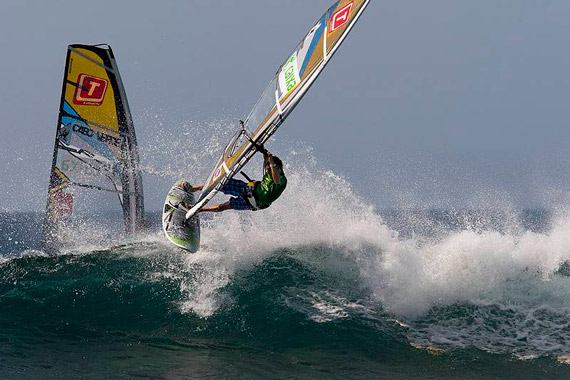 It looks like there would be another day off tomorrow. But the next swell is forecasted for the weekend, which could make a competition possible at Ponta Preta, Little Hookipa or at Curral Joul. Overall 5 days are left to finish one single elimination. 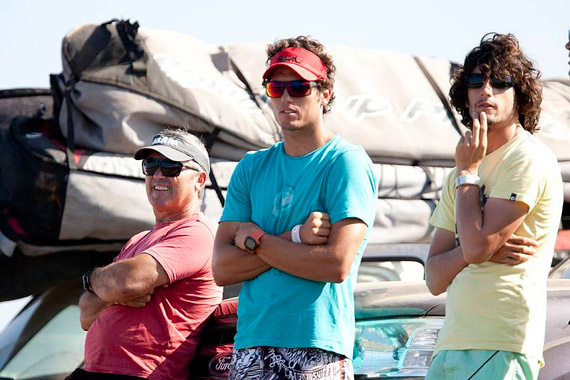