As well on day 3 at the Cabo Verde PWA Wave final the 32 riders got called to Curral Joul, which is located 16 km in northern direction of the main event spot Ponta Preta. The PWA expected having better conditions there. And it looked like the decision was the right one. Around 11.00 in the morning the first heat of the main event was on and French rider Thomas Traversa, who likes to sail in light wind conditions, kicked out his fellow countryman Yann Sorlut, who got stucked after a good ride on the inside. 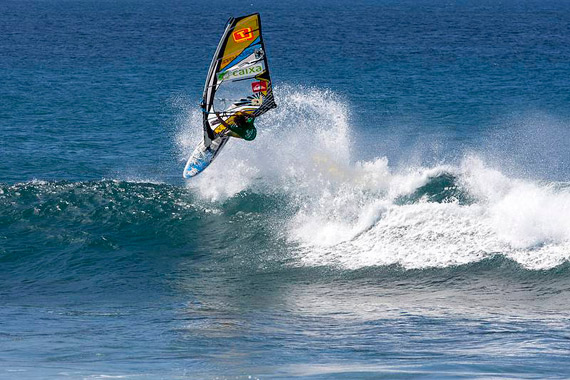 In the next heat the king of Sal, Josh Angulo, sailed against German down the line expert Klaas Voget. Josh had an amazing first waveride and two more were following before the wind totally dropped 15 minutes before the end of the heat and did not return for several hours. Heat 2 got cancelled. Around 16:00 the wind picked up a bit. Josh and Klaas went out at Curral Joul, but the wind stopped again. That was the end of day 3. 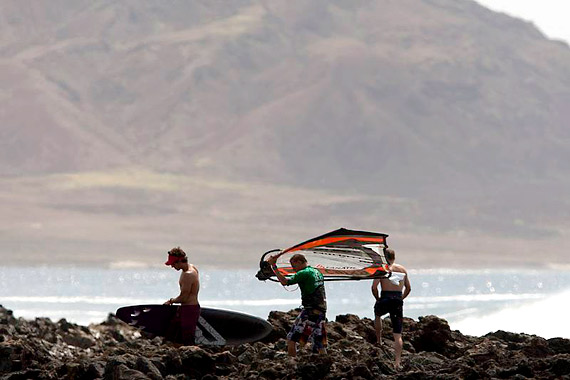 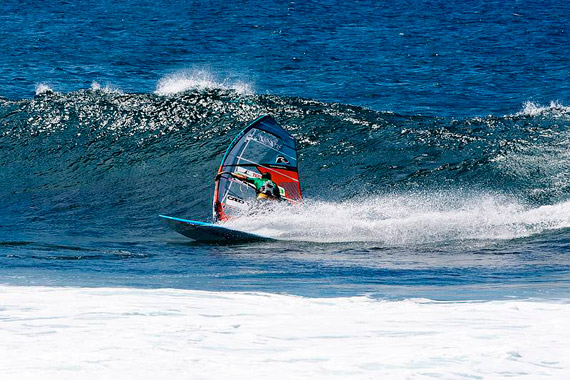 So Thomas Traversa is the first sailor, who made it into the top 16. Congrats!

On day 4 there should be some action going on. One heat a day is not enough to see a valid result in the end. Already in the first round are 16 heats to sail. One is done, so there are 15 more to go, what needs at least 7.5 hours with suitable conditions. In the longtime forecast this day seems to be one of the better days. So let´s keep fingers crossed. 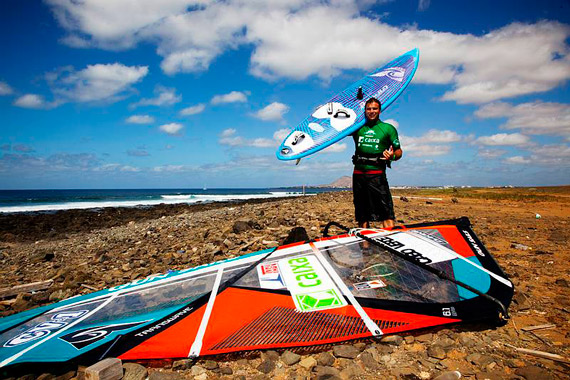 The airmotor of Josh, a 6,1 m big sail plus his Angulo Victory quad board (Pic: John Carter/PWAworldtour 2010).

chris2010-11-18T23:31:18+01:00November 18th, 2010|
Subscribe
0 Comments
Inline Feedbacks
View all comments
This website is using Google Analytics. Please click here if you want to opt-out. Click here to opt-out.
0
0
Would love your thoughts, please comment.x
()
x
| Reply
We use cookies to ensure that we give you the best experience on our website. If you continue to use this site we will assume that you are happy with it.OkNoRead more