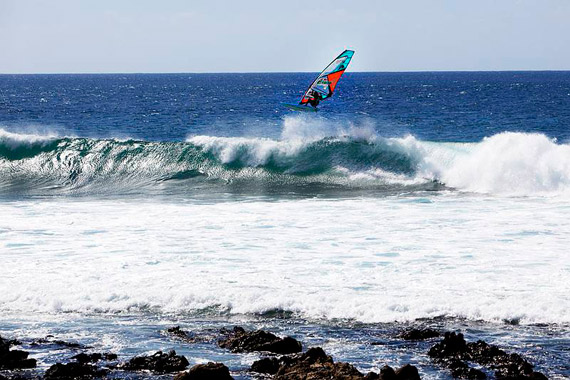 Day 2 saw not good enough conditions at the main spot Ponta Preta, where all the facilities for live stream and scoring are set up. The PWA crew decided together with Josh Angulo to move the event 16 km further up north to the surfing spot  Curral Joul, where powerful right handers are running over a sharp reef with sea urchins and nasty rocks. No beach, no easy entrance.

“No jewels come easy though… Without a direct launching spot, the competitors were forced to scramble over the urchin-infested reef before they could jump on their boards. Even the world’s most hardcore sailors found it difficult to get out, but once they’d made it, the reward was there.” the PWA described the situation at the spot. 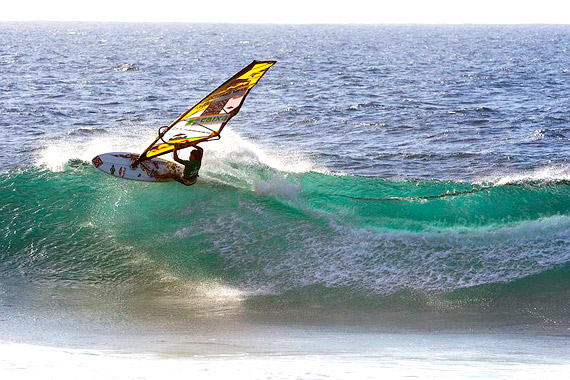 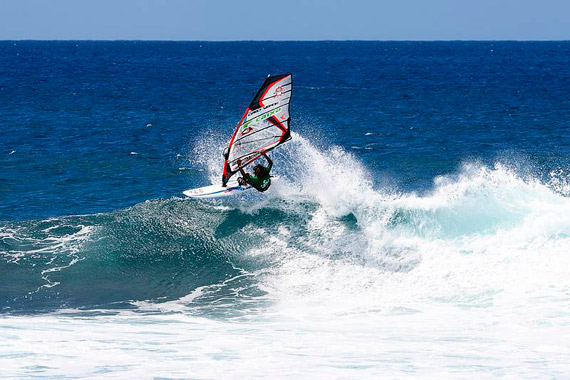 The decision seemed to be a good one. The normally uncrowded exposed reef break saw a lot of worldclass athletes out on the water, paddling with their SUP, surfboards or even windsurfboards. The wind picked up to 15 knots. A qualifying heat for the last possible place got started:

“First heat of the day was a Cape verdean battle between Edson Patrick Alves Tavares and Filomeno Carvalio won by Edson who will now be in the main event. Next heat of the day was between Yann Sorlut and Thomas Traversa, but the conditions did not play ball as wanted, so that heat was cancelled, and the rest of the day was more of a waiting game.” Kurosh Kiani reports on capeverdeworldcup.com 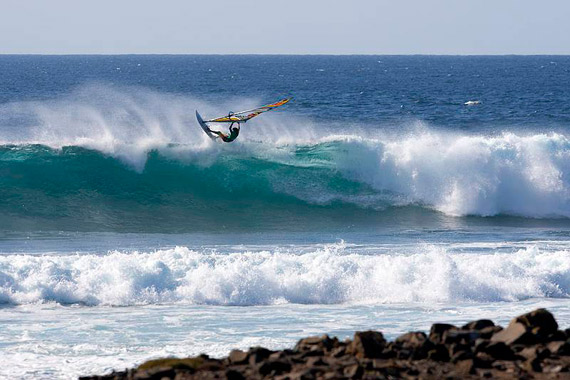 Filomeno Carvalio got ripped over the rocks and cracked the first mast of the event. Congrats to Edson, who must feel very happy making it in the fleet of the top 32 wavesailors in the world! He will be the opponent of the current tourleader Victor Fernandez. Have a look on the completed heatboard for the single elimination with 32 riders! 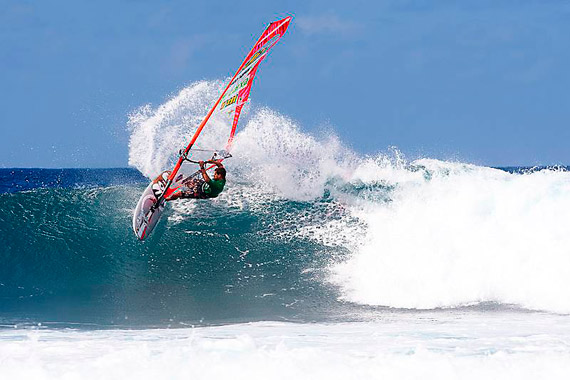 When the first real heat of the main event was up, the wind totally dropped and did not come back again. It was again time to grab the surfboards or SUP boards and rip the waves without the power of the sail.

The forecast for the next two days looks better and we can expect more windsurfing action!

chris2010-11-18T01:32:26+01:00November 17th, 2010|
Subscribe
0 Comments
Inline Feedbacks
View all comments
This website is using Google Analytics. Please click here if you want to opt-out. Click here to opt-out.
0
0
Would love your thoughts, please comment.x
()
x
| Reply
We use cookies to ensure that we give you the best experience on our website. If you continue to use this site we will assume that you are happy with it.OkNoRead more