A look back on the 2018 PWA Gran Canaria Wind & Waves Festival.

This year’s Gran Canaria Wind & Waves Festival marked the 30th anniversary of PWA World Cups in Gran Canaria and the conditions were incredible. It was windy and wavy every single day allowing the competitors to show amazing action on the water. The organizers have big goals for the next years. Daida Ruano Moreno stated: “To run a super Grand Slam is the plan for the future. We would like to add another discipline or perhaps two.” 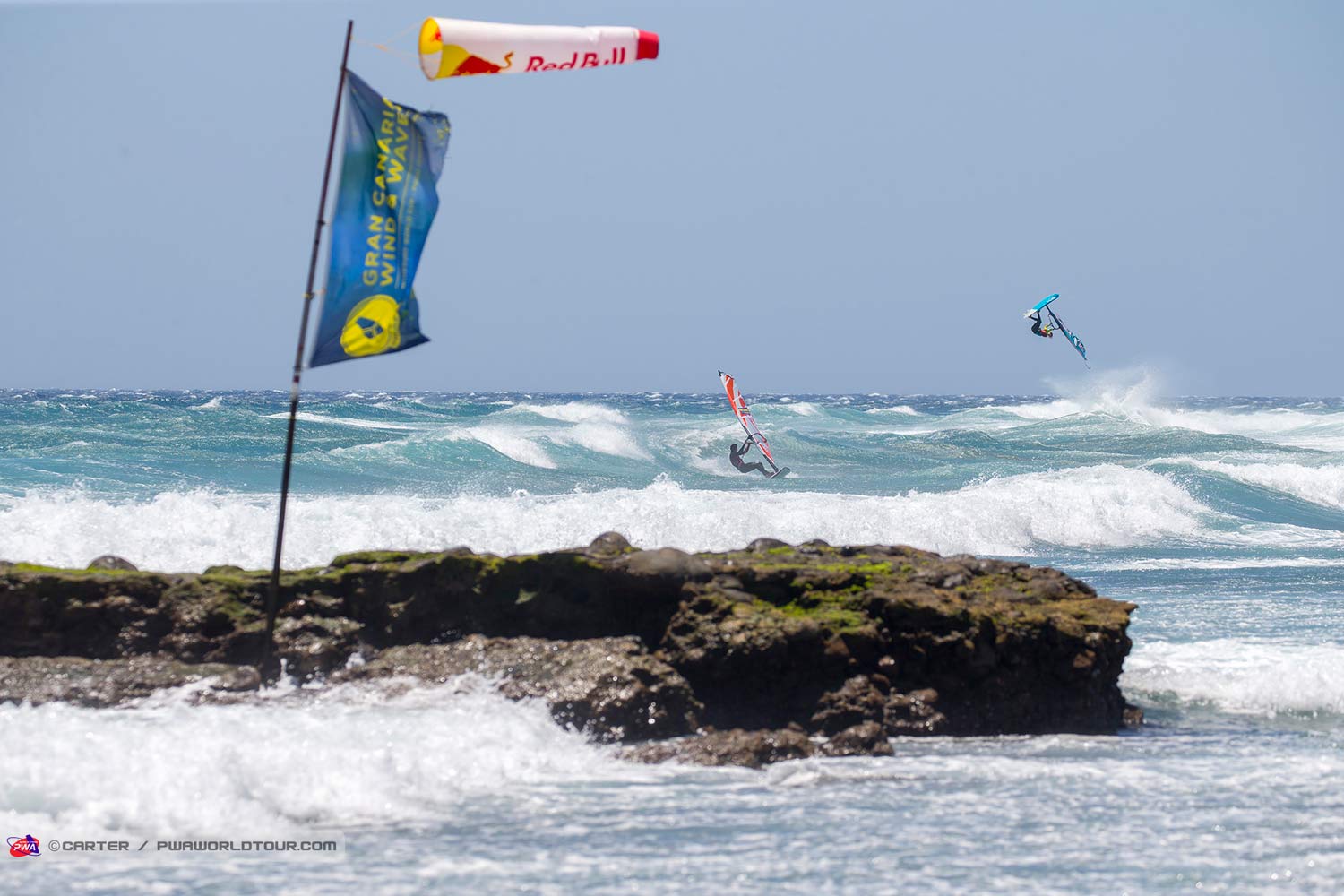 Once again the names of the winners are Daida Moreno and Philip Köster.

Daida has been winning every year in Pozo Izquierdo since 2000 – apart from 2012. In 2018 she demonstrated again why she is called the “Queen of Pozo”. Daida showed a great performance during the competition and also in the double elimination final against Sarah-Quita Offringa. Sarah-Quita admitted, she was struggling with the conditions but Daida seemed to feel comfortable on her 3.3m.

In the double elimination final against Marcilio Browne Philip Köster produced a world-class jumping performance consisting of an insane 10 point stalled double forward, a Push loop into Forward Loop and a one-handed, one-foot Back loop. And on top of all he tried a Triple Forward Loop at the end of the heat. Philip is still the man to beat at Pozo Izquierdo but the heats got closer this year. 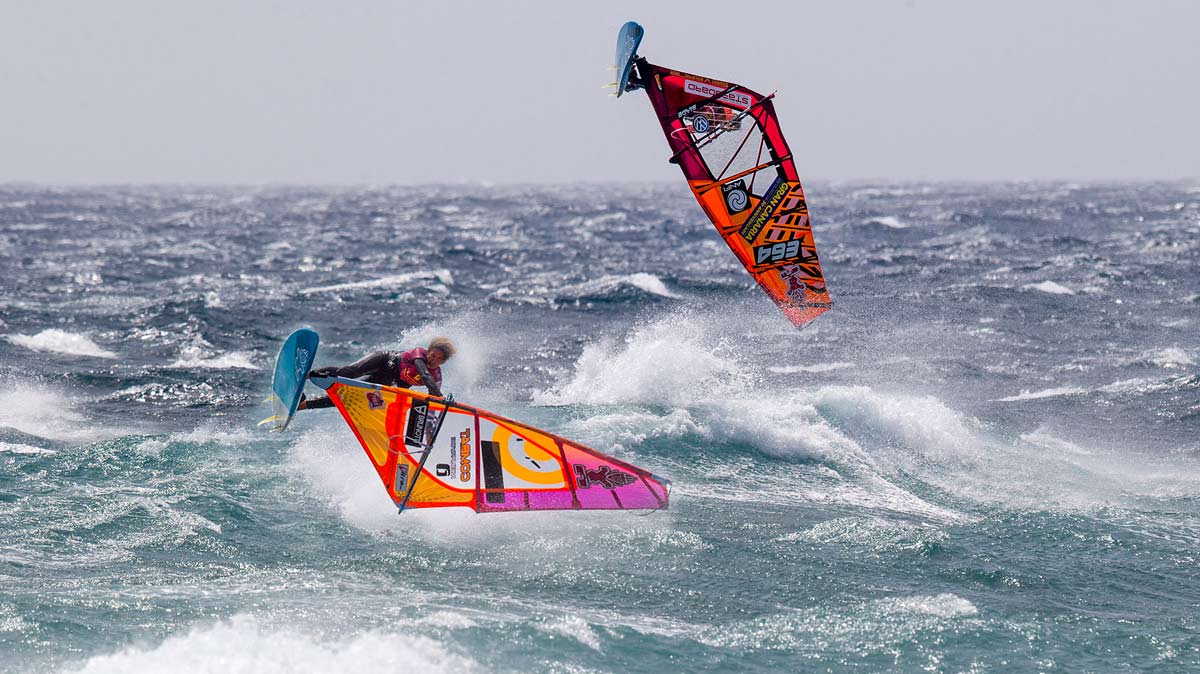 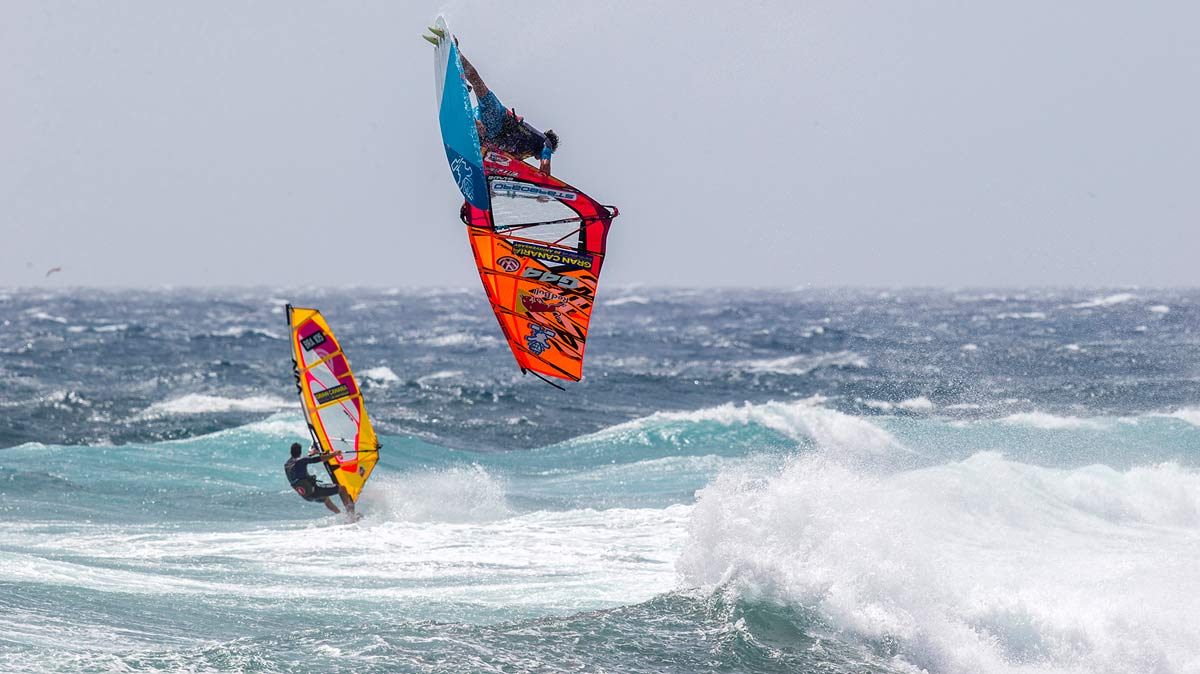 Move of the event

The move of the event was Jaeger Stone’s crazy Push loop into Forward loop in the quarter final of the single elimination. It was the highest scoring move of the event and Jaeger scored 11 points for it. Normally the maximum points are 10. But the 11 points  were not enough to win over Philip Köster. 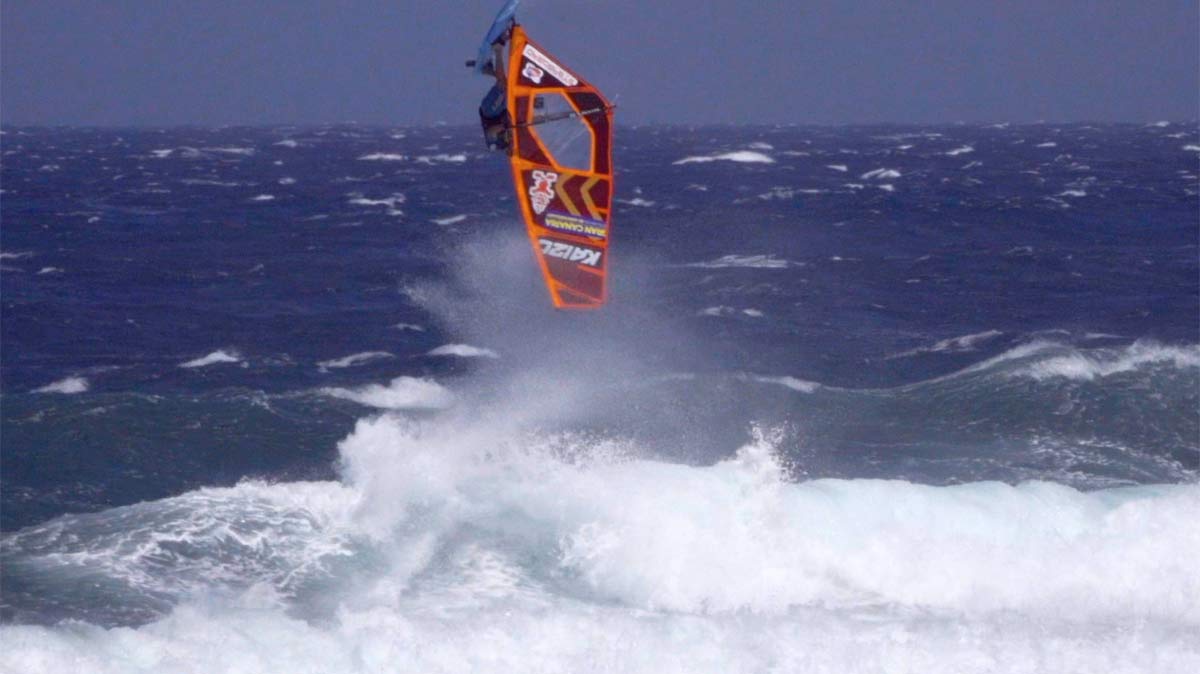 2. Daida Ruano Moreno Back loop one foot one hand 8.62 points (vs. Sarah-Quita Offringa)

1. Moritz Mauch: 10 points wave (in his first heat of the single elimination)

Freestylers are up and coming

Victor Fernandez broke a rope of his extension in the semi final against Marcilio Browne and Alex Mussolini broke his mast against Victor in the losers final. By the way Philip Köster won the single elimination with a broken board. He hit a rock with the nose of his board near the bunker but he still managed to win the final against Marcilio Browne.

In the ladies fleet Lina Erpenstein and Sarah-Quita Offringa sailed 7 heats, followed by Steffi Wahl with 6 heats. All other top rides, including Daida and Iballa Moreno, completed 5 heats in 2018.

2018 saw the biggest kids and junior fleet ever with 11 girls and 36 boys taking part in the youth wave competition. The youngest competitors were 11 years-old. It was quite impressive how the young rippers performed in 30 knots+ and 2 meter waves. Even the strong shore break did not cause any troubles for them. We saw a lot of new future champions.

Windsurfing.TV did a great recap clip featuring the kids only.

Mart from the Dutch Motion magazine measured 53 knots at the beach. German wave rider Leon Jamaer told us, it was the windiest PWA competition ever for him, just in Ireland during the Red Bull Storm Chase was more wind.

The 15 year-old Marino Gil is the new young hotshot on tour. His home spot is Pozo Izquierdo and he already knows how to go big in jumps and on the waves. He shows wave rides with 7 points already and jumps with over 6 points. Marcilio Browne said: “It’s probably the last time we will see him competing without landing Doubles.” 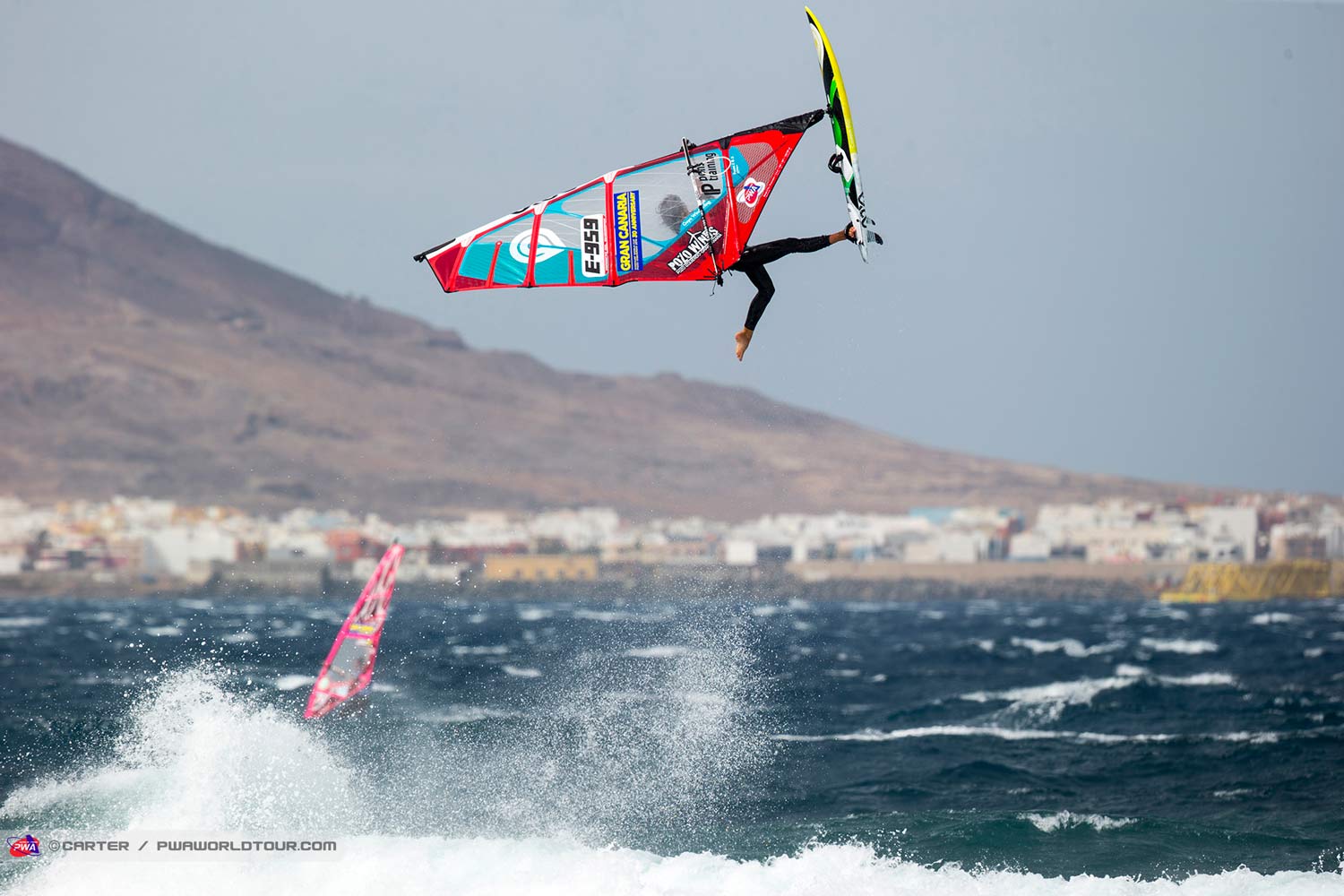 On the final day of the event a lot of members from the local windsurfing club, kids, the Moreno twins, a few journalists and we gathered at the beach to collect all the trash. 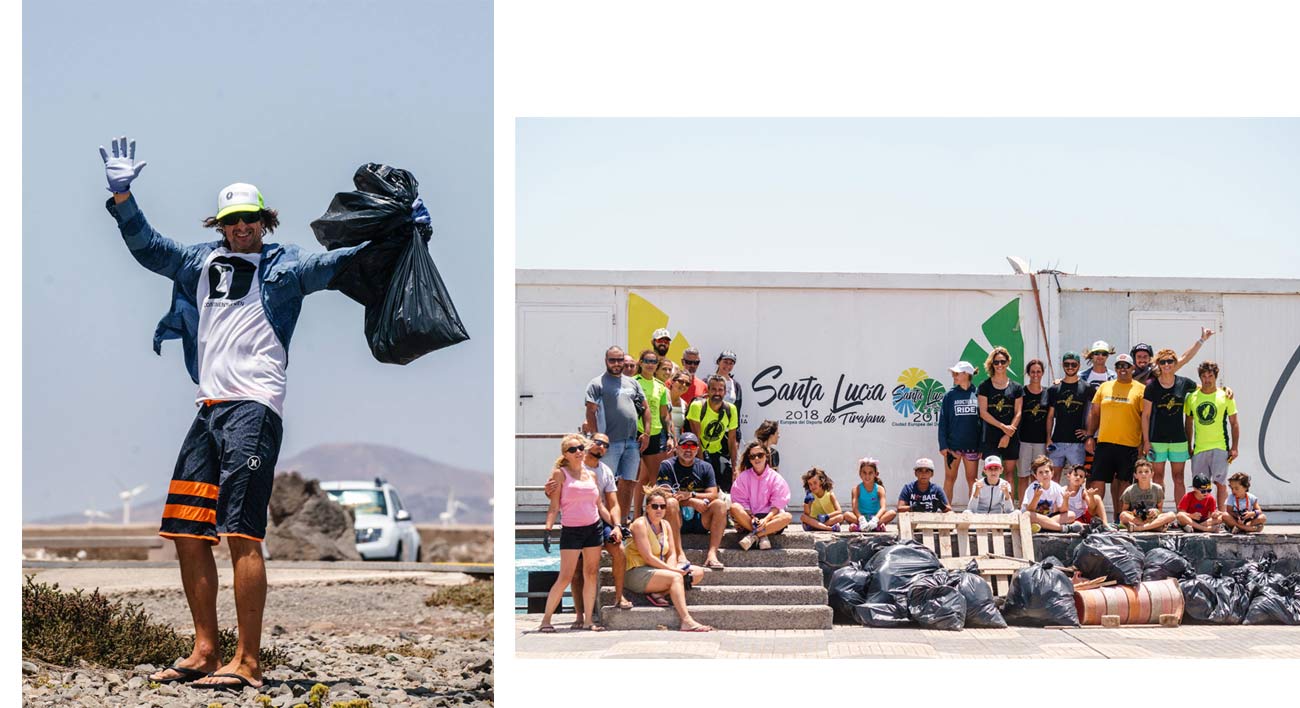 Props for the beach cleaning. Bravo! 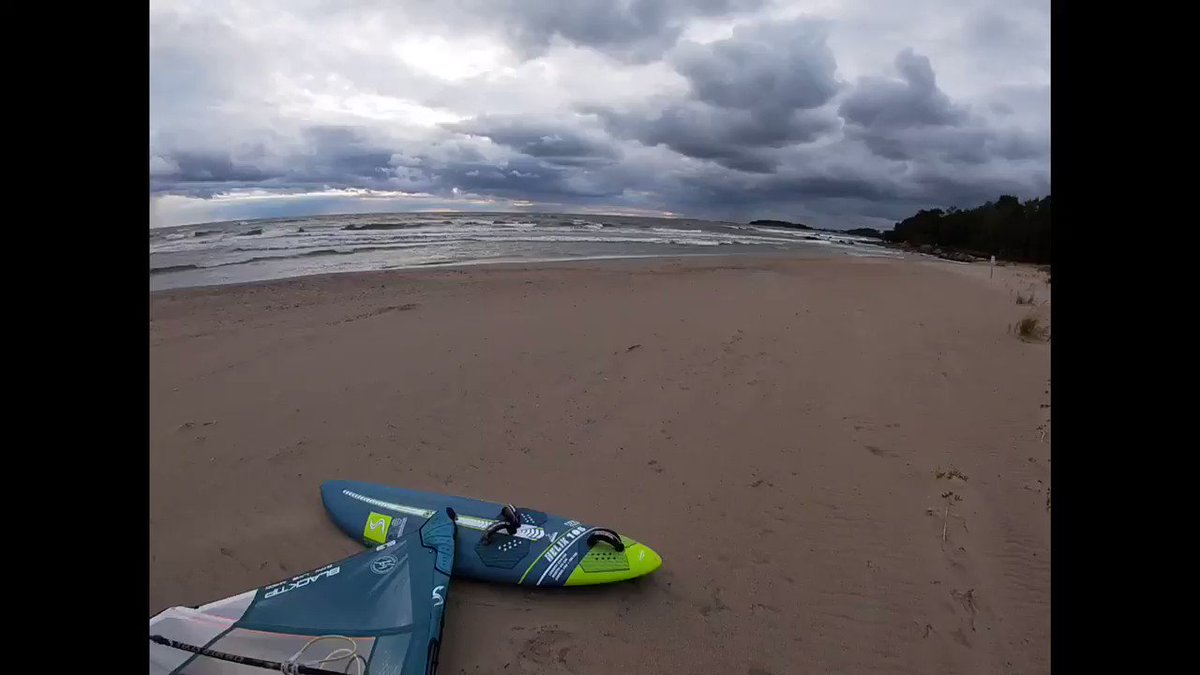 The ALOHA CLASSIC 2020 canceled!!! IWT & PWA announced this news today. IWT:"In light of this dangerous resurgence in case numbers & the risk to the Maui community & international competitors the 2020 Aloha Classic will not go ahead." #COVIDー19 #windsurfing #Maui #Alohaclassic 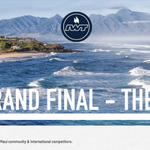