The second day of the EFPT Sardinia Freestyle Grand Prix saw very strong wind conditions, 30 knots plus. Steven van Broeckhoven was in the warmup already with his 3,6m2 on the water. And the wind kept blowing. While the morning hours gusts with 45 to 50 knots has been measured. Steven van Broeckhoven and French Nicolas Akgazciyan were the two best sailors of today. They sailed two finals, one in the Single Elimination and one in the Double Elimination. Both times the freestyler from Belgium Steven could win and he took now the clear event lead.

We received as well an interesting news from Dominique, the EFPT press honcho: “Imagine, Steven sailed one heat with a broken harnessline in 8 to 9 Beaufort.” Big respect, we would say!! 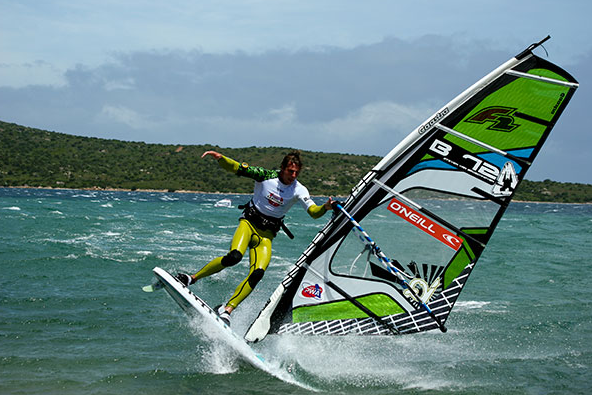 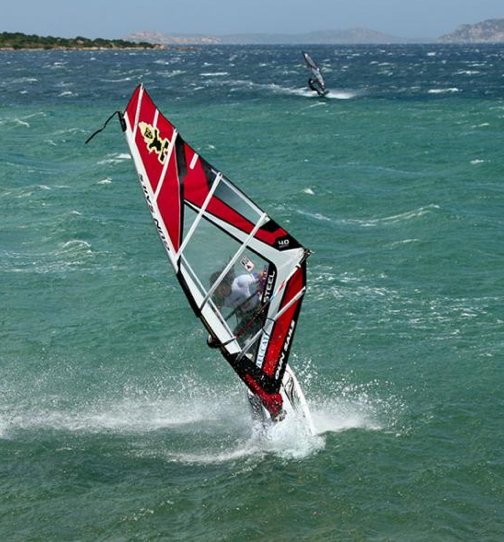 Nicolas Akgazciyan made it into the final in highwind conditions (Pic: efpt.net). 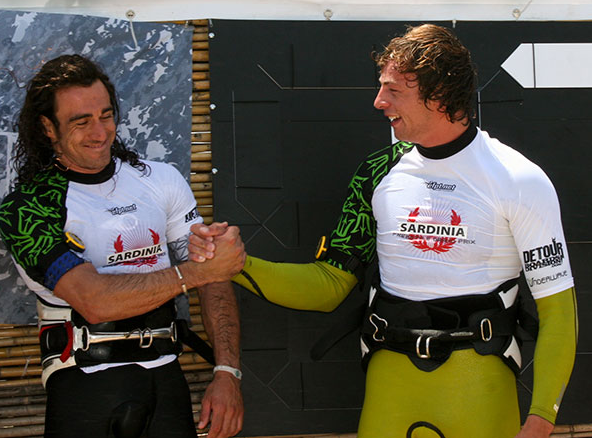 Some other riders could advance during the Double Elimination. Yarden Meir from Eilat, Israel impressed a lot and could win 4 heats. He made it in the top 4 beating the Italian Lorioli, but lost against Fabrizi. As well a very strong afternoon had “Chico Bento” Da Silva from Brazil, winning 5 heats in the double. He placed himself in the great 6th position. He definitely improved a lot from last year to this season. Sardinian locals Stefano Lorioli, Mattia Fabrizi and also Gabri Varrucciu performed well in the stormy conditions. Mattia finished in incredible 3rd position, Stefano in 5th and Gabri shared the 7th position with the young, super talented Andy Lachauer, who is the best placed German rider in the moment. 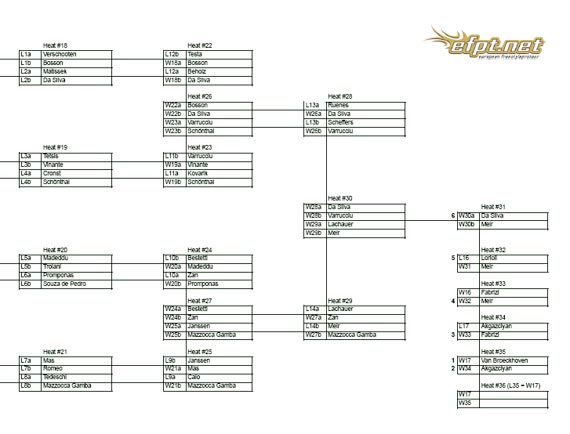 The forecast for the third day of the Sardinia Freestyle Grand Prix predicts again wind from the early hours on, so race director Tom Hartmann set the skippers meeting again at 9.00am. 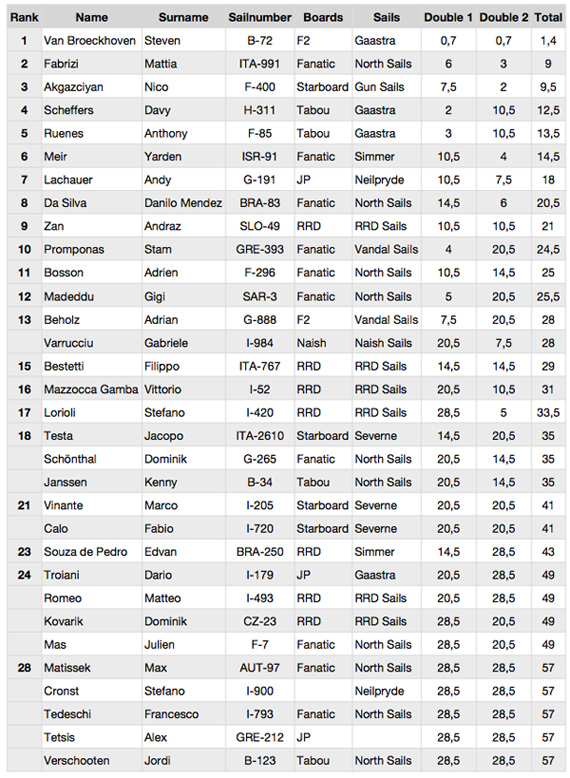